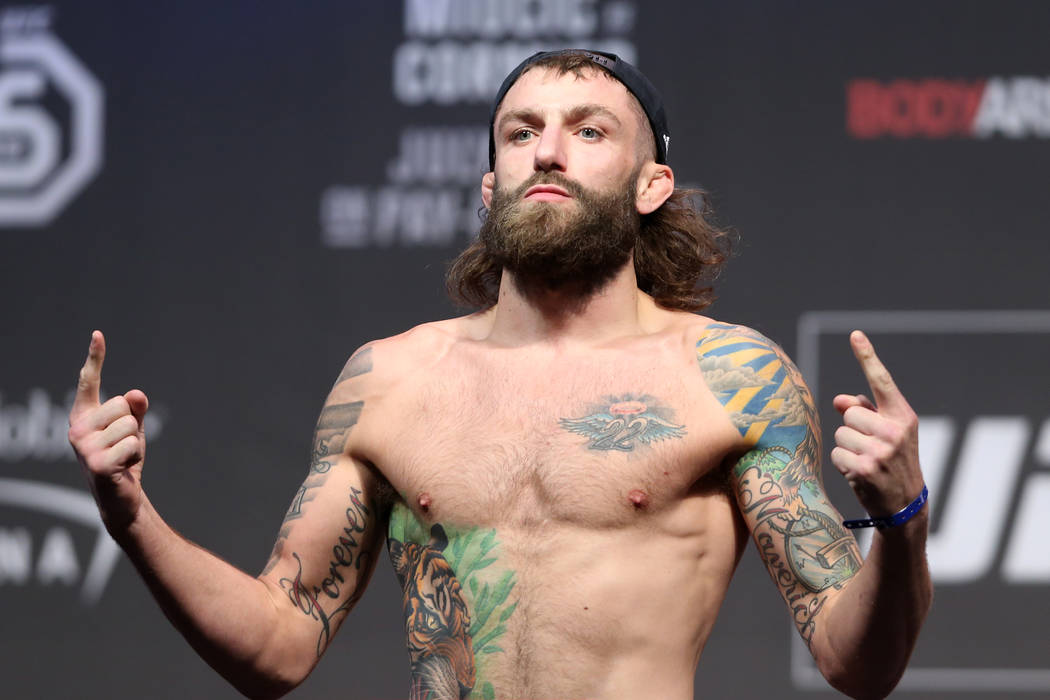 Michael Chiesa will make his organizational welterweight debut at UFC 232 on Dec. 29 at T-Mobile Arena.

Chiesa had announced his move to 170 pounds before missing weight for his UFC 226 submission loss to lightweight Anthony Pettis in July.

Condit, one of the most accomplished welterweights of all time, is desperate for a win after four straight losses and a temporary retirement. The 34-year-old, a former UFC interim champion and longtime World Extreme Cagefighting champ, last won in 2015.

Chiesa, 30, has dropped two straight bouts to elite competition at 155 pounds after winning five of six. He competed at welterweight before entering the UFC as a lightweight, at which he won “The Ultimate Fighter” Season 15 tournament.