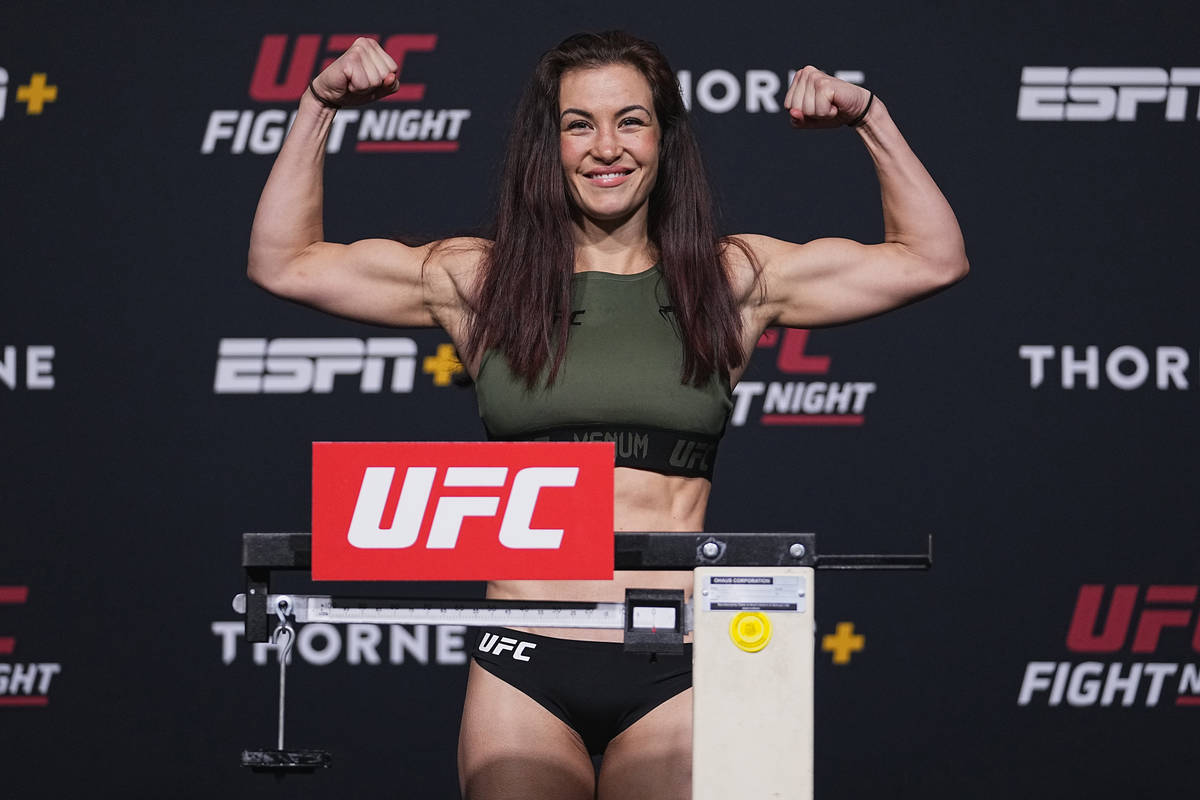 Miesha Tate doesn’t look much different as she prepares to make her comeback from when she decided to retire from mixed martial arts competition in 2016.

But the former UFC women’s bantamweight champion feels like a new person ahead of Saturday’s UFC on ESPN 26 fight against Marion Reneau.

“I don’t think it was the intensity or the pressure that was the problem,” she said of what forced her to walk away after a second-consecutive loss. “I just think it was me and where I was at. I couldn’t handle more of anything. When you’re in a place of depression and this dark place, you’re suffering but you’re putting on this front trying to convince even yourself that you’re OK and I just didn’t have it to give anymore.”

Tate cited personal issues for her mental struggles, particularly a “toxic” relationship with former UFC fighter Bryan Caraway, though she didn’t mention him by name.

Upon retirement, she fell in love with fighter Johnny Nunes. The couple has had two children during the last three years and Tate says she has never been happier or more content.

The 34-year-old Las Vegan said the negativity in her personal life had bled into her professional career and it made her associate the anger and depression with the sport.

Achieving peace in her personal life helped prompt her to reconsider her retirement.

“I just had too much on my plate and especially baggage I didn’t really need,” she said. “I needed to clear away things that were taking away from me as a person and a human being and I kind of identified that with the sport so when I had to step away from the toxicity, that included the sport too. When I took a look at it during the time away, I realized it wasn’t that and I’m more in love with MMA than ever.”

Tate started to get the itch in the waning days of her pregnancy last June. She recalls being on the treadmill about 10 days after giving birth to her son Daxton when the feelings started to intensify.

“All of a sudden, every step I took was one step closer to getting to the point where I could compete again,” she said.

Still, it was a long journey. Her friend and coach Eric Nicksick was a bit skeptical at first because of the long layoff and back-to-back pregnancies, but he thought one benefit she had was that she had remained somewhat involved in the sport as a part-time analyst and as an executive with ONE FC in Singapore.

“Her mind was still in it, but what we needed was for her body to catch up to her mind,” he said. “Now she’s firing on all cylinders so we have to go see how we do in a live fight with the lights on. Once we figure that out, we go from there.”

Tate believes she can be a world champion again, but wants to make sure she takes it step at a time.

The most important thing to her now is how she feels.

“The body follows the mind, so the mind is the driver and the body is the engine,” she said. “My driver was really broken for a long time. I fixed it by finding myself the last four years through a lot of soul-searching and meeting great people, including my fiance who is one of the most selfless people in the world. It’s a very different situation than anything I’ve ever experienced. I’m lighter than I’ve ever been, stronger than I’ve ever been. And I’m truly more happy and motivated than ever.”

While she hopes the fight is the start of a second championship run, it marks the end of the line for Reneau. The 44-year-old will retire after Saturday regardless of the outcome of her fight on the 7 p.m. main card.

Tate isn’t sure how the fight will play out, but she’s excited to find out.

“It feels damn good to say it’s fight week,” Tate said. “It’s like an old friend you haven’t talked to in years but you call them up and you haven’t missed a beat. That’s how I feel. It’s very natural and I’m the happiest I’ve been to be here in a very long time.”