Not only were football players in Houston during Super Bowl 51’s radio row making appearances, but MMA fighters were on hand too. So the Review-Journal caught up with several stars to ask them who they were picking to win the Big Game — the Atlanta Falcons or the New England Patriots.

Don't miss the big stories. Like us on Facebook.
Covering The Cage Videos
UFC 246 Ceremonial Weigh-In Staredowns - VIDEO
The UFC 246 fight card, featuring a welterweight main event between Conor McGregor and Donald Cerrone, is official, minus one planned bout. In place of Claudia Gadelha vs. Alexa Grasso, a bantamweight bout between Brian Kelleher and Ode' Osbourne will move up to the pay-per-view main card. All fighters competing on the card faced off during the ceremonial weigh-ins at The Park Theater.

The 31-year-old Irishman has been unusually subdued leading up to his main event fight against Donald “Cowboy” Cerrone at UFC 246 on Saturday at T-Mobile Arena.

The “Notorious” Conor McGregor returns to the octagon for the first time in more than a year on Saturday to take on Donald “The Cowboy” Cerrone at T-Mobile Arena in Las Vegas.

A fight between women’s strawweight contenders Alexa Grasso and Claudia Gadelha at UFC 246 on Saturday has been canceled after Grasso missed weight Friday. 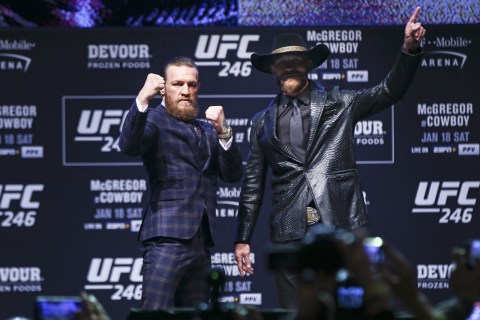 Conor McGregor said fans will have to wait for the welterweight main event of UFC 246 on Saturday at T-Mobile Arena for the sparks to fly. 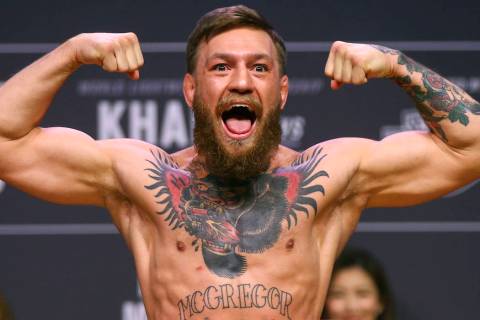