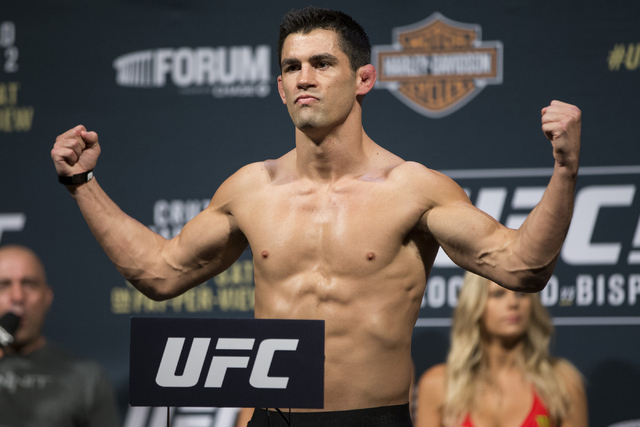 The people have spoken and the decision makers are listening.

After the California State Athletic Commission experimented with an early weigh-in process for UFC 199 in Inglewood, California, earlier this month to overwhelmingly positive reviews from the fighters, the policy will once again be enacted before Saturday’s UFC Fight Night 89 card in Ottawa, Ontario.

A UFC official confirmed an MMAFighting.com report that fighters will be able to weigh in at any point between 9 a.m. and noon in front of officials at the hotel rather than all fighters needing to hit their target weight for the usual 4 p.m. public event.

Additionally, a source close to the Nevada Athletic Commission told the Review-Journal an item to potentially adopt the policy in the state will be on the agenda for the commission’s next meeting on June 21.

The new process was developed in order to allow fighters to begin rehydrating earlier in the day and gives them several extra hours to do so before they step in the cage on Saturday. It also reduces the time fighters are dehydrated as they wait to step on the scale.

A live weigh-in show will still take place, but fighters will simply go through the motions of stepping on the scale for a photo-op.

Fighters were effusive in their praise for the new protocols.

“It’s awesome,” former UFC middleweight champion Luke Rockhold said before his fight. “Draining yourself and then holding that for an extended period of time, just so we can (weigh in on stage for) the media is only hurting our bodies.

UFC officials are expected to work with other commissions going forward in an effort to make the experimental procedure permanent.

“It’s 100 percent for the health and safety of the athletes,” UFC vice president of athlete health and performance said before UFC 199. “We’re getting away from the days of severe dehydration in those hours leading up to a weigh-in, but there’s always going to be just a couple of pounds of water loss and some mild dehydration. That being the case, the ability to do the weigh-in at 10 in the morning versus waiting and doing it at 4 p.m. minimizes that time that athletes are mildly dehydrated. On the other side of things, it also gives them an extra six hours to ensure that they are properly hydrated leading up to the fight and that they have proper nutrition back in their body.

“In paper and in theory, it looks to be all positive for health and safety. The feedback we’ve gotten from athletes this week is 100 percent thrilled about it, they love it.