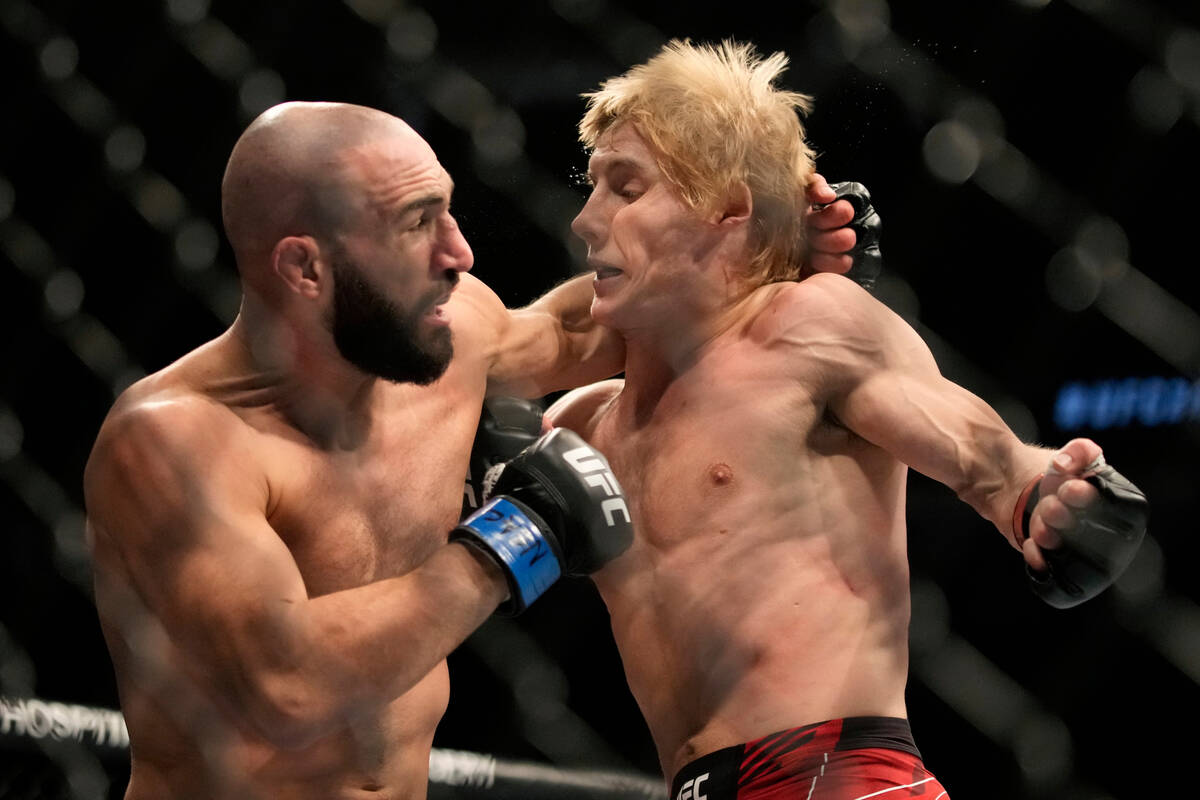 Paddy Pimblett didn’t make the big splash he was hoping for in his first big showcase bout in the co-main event of UFC 282 at T-Mobile Arena.

He just did enough to impress the only three people whose opinions mattered Saturday night.

The popular 27-year-old Liverpool native was awarded a controversial unanimous decision over lightweight Jared Gordon, though there was hardly a consensus in the court of public opinion.

In the main event, Magomed Ankalaev and former champ Jan Blachowicz fought to a split draw in a bout for the vacant light heavyweight title.

Pimblett’s victory was the only other bout on a 12-fight card to go to the judges. In his first pay-per-view bout, the charismatic scrapper found moments of success over the first two rounds only to have Gordon fire right back with ferocity.

Gordon controlled Pimblett against the cage for most of the third round, neutralizing his ability to find any space. While he wasn’t able to do much damage, Pimblett wasn’t able to escape from his clutches.

Gordon still appeared stunned by the scorecards when Pimblett was asked about the result in the cage.

One judge gave him the third round after having the fight even through two.

MMADecisions.com had a panel of 24 media members scoring the fight live. Only one had it for Pimblett, and a crowd that had been overwhelmingly one-sided in his favor throughout the night even cooled a bit after the verdict was announced.

“Paddy the Baddy,” who revealed he injured his foot early in the fight, didn’t let any of that affect his celebration.

“Who’s a hype train,” he yelled into the microphone. “Who’s a (expletive) hype train?”

Also on the main card, Santiago Ponzinibbio was minutes away from losing a clear yet relatively uneventful decision to Alex Morono when he landed a pair of huge right hands for a third-round knockout and comeback victory in a 180-pound catchweight bout.

Ponzinibbio had lost two straight and three of his last four fights.

South African middleweight Dricus du Plessis picked up his first submission win in the UFC with a rear-naked choke that forced Darren Till to tap out midway through the third round.

Du Plessis now has 10 submission wins among his 18 professional victories and is 4-0 in the UFC.

Till survived an onslaught in the first round to make it competitive before ultimately succumbing to the choke.

Featherweight Ilia Topuria improved to 13-0 as a pro, including five wins in the UFC, with a second-round submission of Bryce Mitchell in the first fight on the main card.

The only time Topuria, who has a long-simmering feud with Pimblett, has ever been pushed to the distance was in his UFC debut back in 2020.

Raul Rosas Jr. stole the show on the preliminary card with a first-round submission victory over Jay Perrin.

The 18-year-old bantamweight, a high school senior in Santa Rosa, California who often commutes to Las Vegas for training, became both the youngest fighter to ever compete and win in the UFC.

Already a fan favorite, Rosas donned a sombrero with colors representing the colors of the Mexican flag and lobbied for one of the $50,000 fight-night awards.

“I need that bonus so I can buy my mom a minivan so she can drive me to (training),” he said.

Middleweight Edmen Shahbazyan snapped a three-fight losing streak with a second-round knockout of Dalcha Lungiambula. Shahbazyan was 11-0 and a surging prospect before the recent skid.

He moved to Las Vegas to train at Xtreme Couture for this fight and believes he is back on track. The 25-year-old certainly looked like he had rediscovered his confidence on his way to the finish.

“It feels amazing,” he said after his first win since 2019. “I’m at a loss for words. I’m so thankful for everything. I’m glad I took that time off to improve and move to Vegas. I guess I’m ‘Vegas Edmund’ now.”