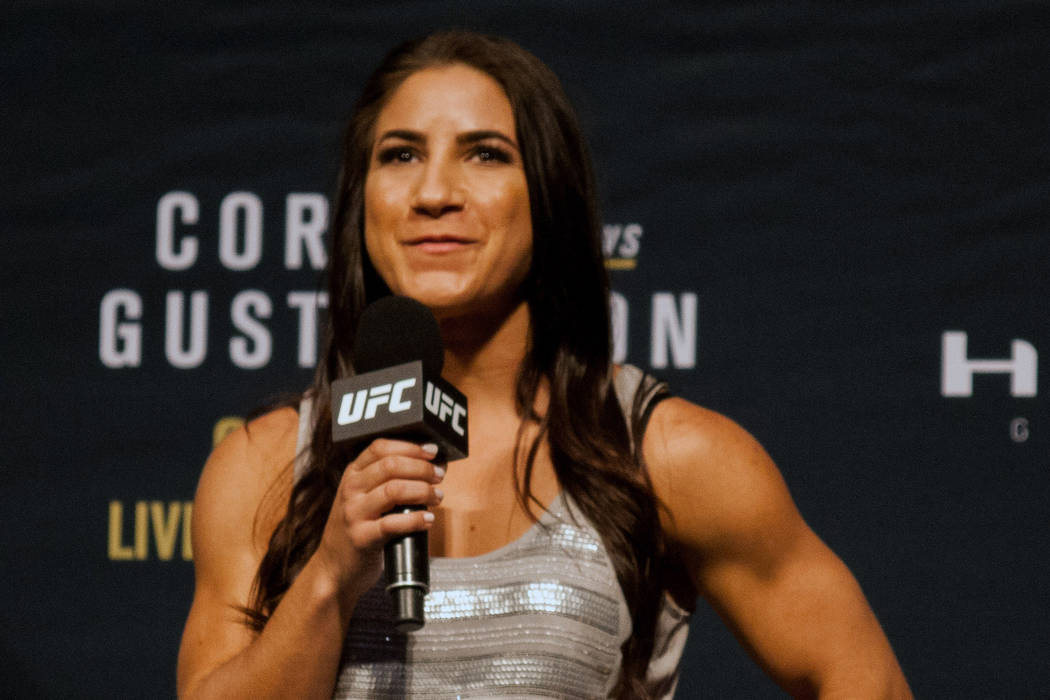 UFC women’s strawweight contender Tecia Torres has been selected to fight Juliana Lima on July 7 at T-Mobile Arena, the Review-Journal has learned.

Torres replaces Amanda Ribas, who was scheduled to make her UFC debut but was pulled after she was flagged by USADA for a potential doping violation.

Ribas was notified of a potential violation stemming from a sample collected June 7.

Torres, who is 4-1 in the UFC and coming off a win over Bec Rawlings in February, will fight Lima on “The Ultimate Fighter Finale” card.

Lima has won three of her past four fights.

The card will be headlined by a lightweight bout between Michael Johnson and newcomer Justin Gaethje.