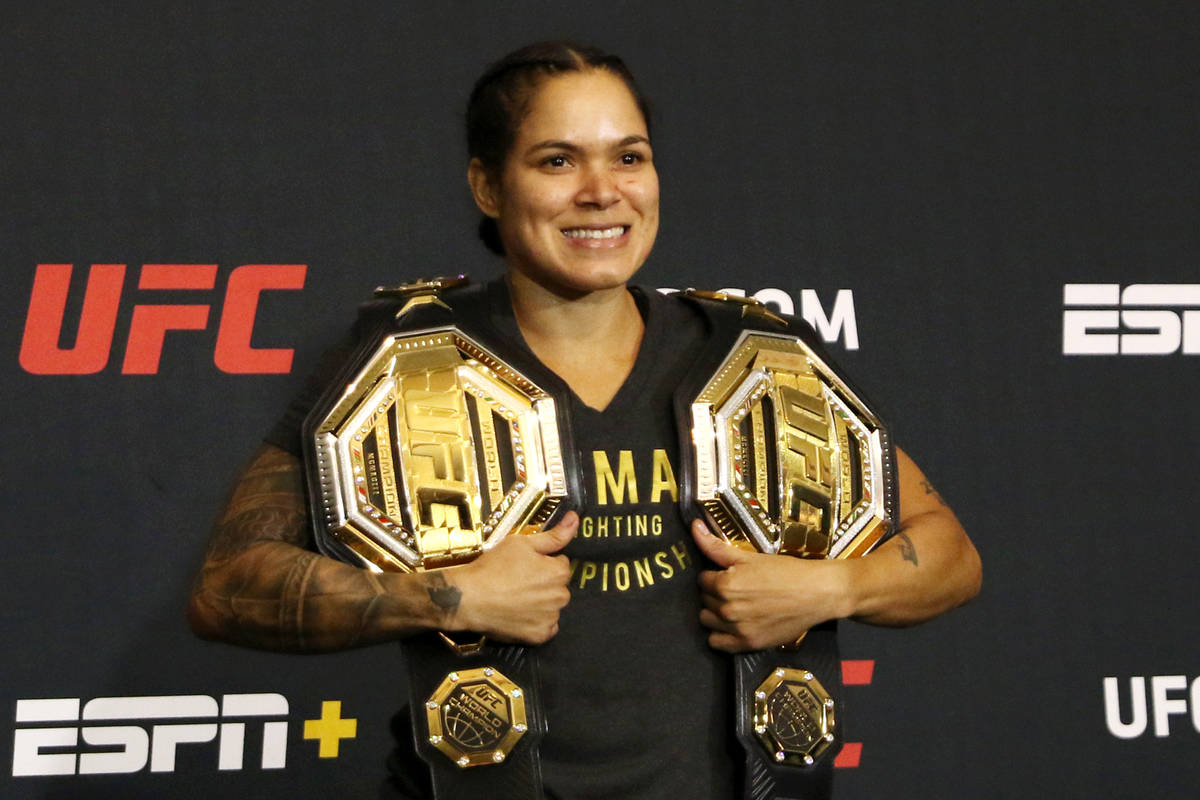 Two-division champion Amanda Nunes has tested positive for COVID-19 and will be unable to defend her women’s bantamweight title at UFC 265.

Nunes was scheduled to fight Julianna Pena on Aug. 7 in Houston, her first defense of the bantamweight title since December 2019.

Nunes’ last two title fights were at 145 pounds, where she holds the featherweight belt.

A person with knowledge of the situation confirmed that Nunes and her wife, Nina, who fights as a strawweight, tested positive. The couple’s infant daughter, Raegan, also tested positive.

UFC officials expect to reschedule the fight between Nunes and Pena.

An interim heavyweight title bout between Derrick Lewis and Cyril Gane is the lone remaining championship fight on the card.