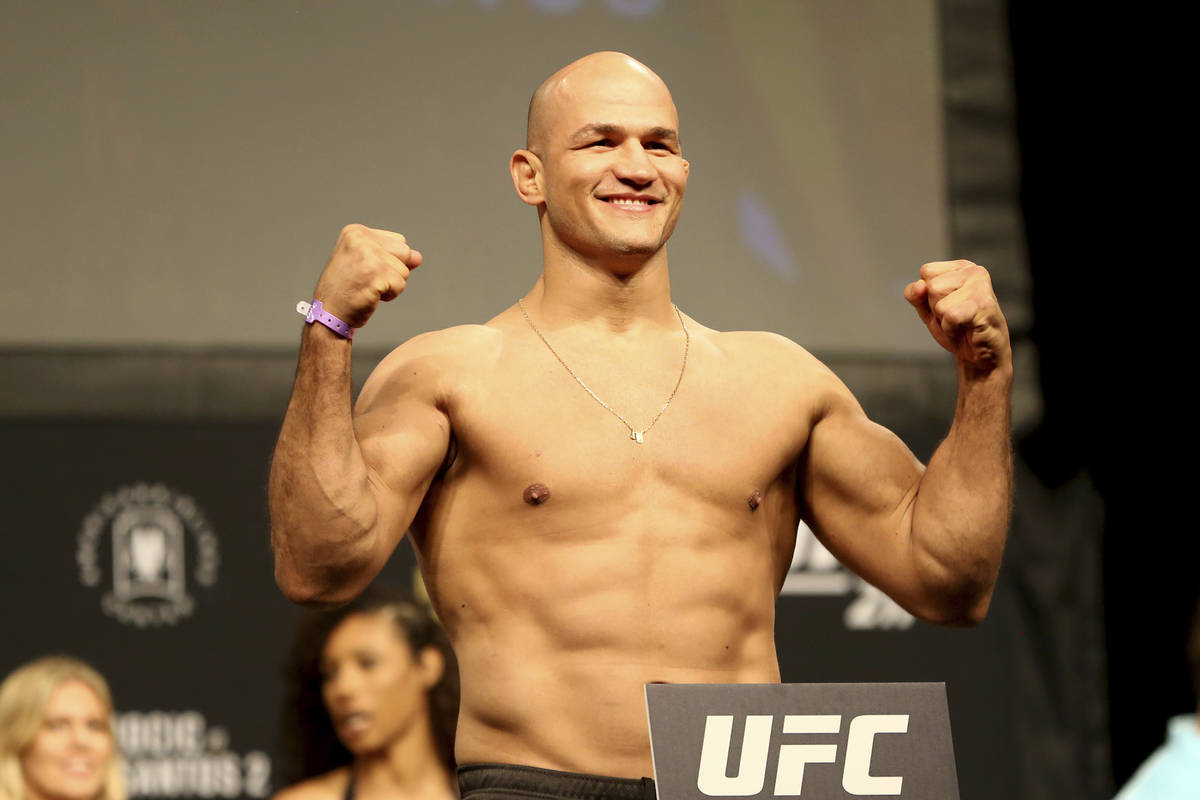 Junior Dos Santos poses for photographers during a weigh-in before UFC 211 on Friday, May 12, 2017, in Dallas before UFC 211. ( AP Photo/Gregory Payan) 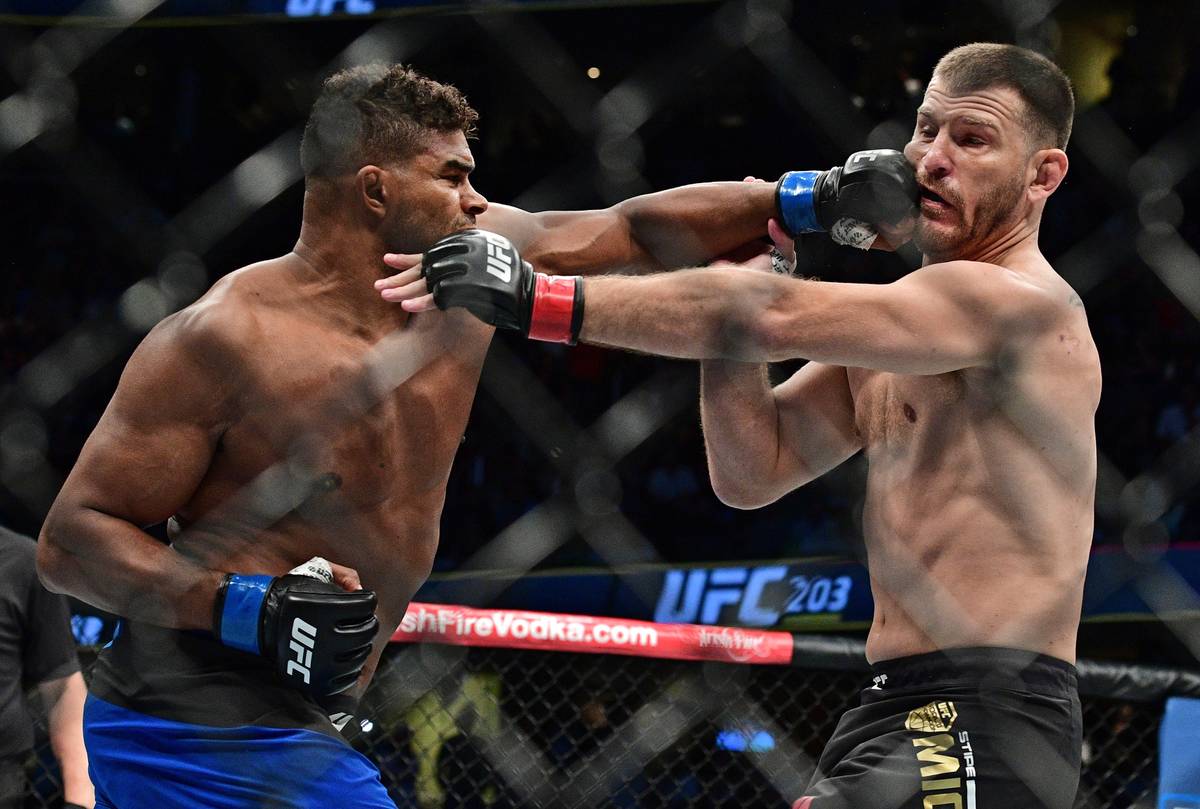 Alistair Overeem, left, from the Netherlands, punches Stipe Miocic during a heavyweight title bout at UFC 203 on Saturday, Sept. 10, 2016, in Cleveland. Stipe Miocic won via knock out. (AP Photo/David Dermer)

Junior dos Santos and Alistair Overeem, two of the most popular heavyweights in UFC history, have been released by the organization.

“Thanks UFC for a great 12 years,” dos Santos wrote. “I fought threw MMA’s Murderers Row to get my shot at the belt. Holding and defending it was one of the great honors of my life. Thanks to every opponent, every fan and every critic. I’m going to spend some time back at the drawing board, but I’m excited to move on.”

Dos Santos first won the belt with a 64-second knockout of Cain Velasquez on the UFC’s first network TV card in 2011.

He lost the belt in a rematch to Velasquez in 2012 and went 0-2 in subsequent title bouts. The 37-year-old has been knocked out in each of his past four fights, including his last appearance in December when he lost to rising star Cyril Gane.

Overeem might be one of the most decorated heavyweights never to wear the UFC belt. The dynamic striker did win belts in Strikeforce and DREAM to go with a kickboxing world title.

The 40-year-old dropped a title fight to Stipe Miocic in 2016. He had a two-fight winning streak snapped with a knockout loss to Alexander Volkov last month.