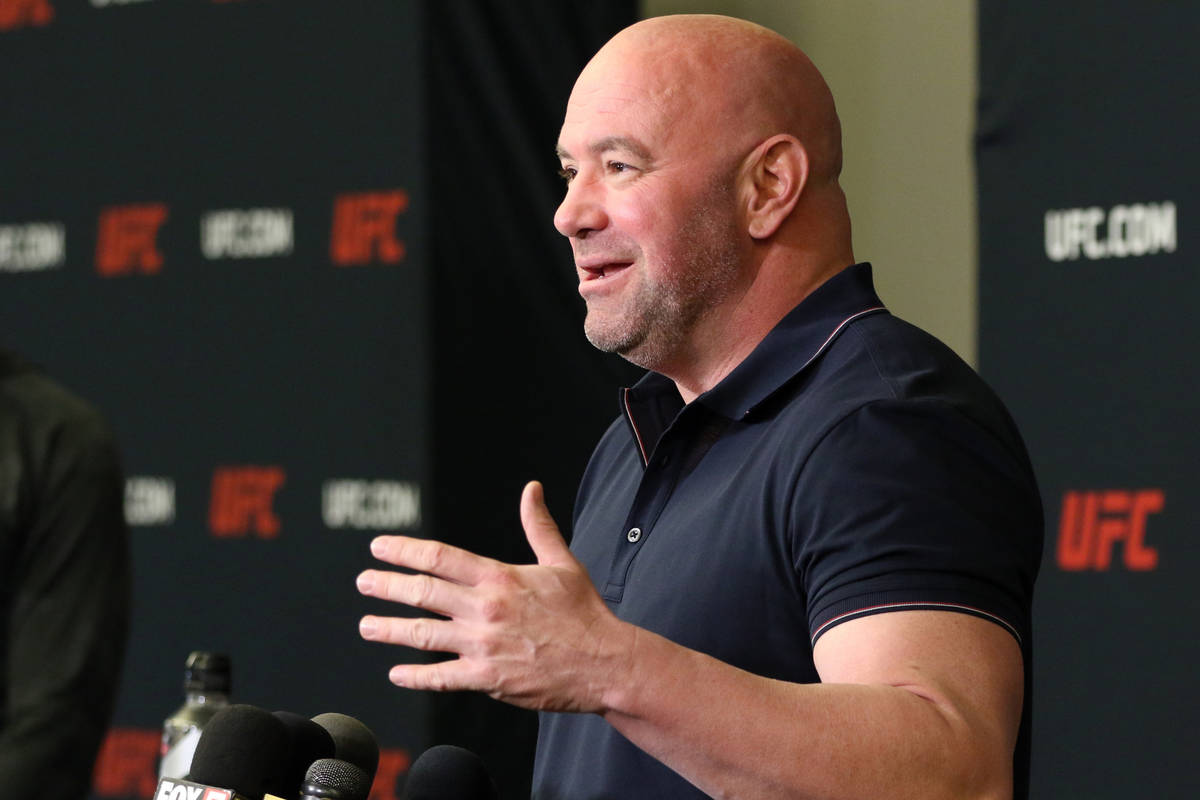 UFC president Dana White has been looking for a jurisdiction to host his organization’s grand return to competition since his plan to hold fights on native lands in California were shut down earlier this month.

He found it in Jacksonville, Florida, announcing Friday that the UFC would stage three shows over the course of eight days, beginning with a pay-per-view event on May 9.

White, who has vowed that UFC would be the first major sport to return to competition amidst the global coronavirus pandemic, was unfazed when his planned April 18 card at the Tachi Palace Casino Resort in Lemoore, California, was postponed after ESPN and state officials requested that he do so.

The groundwork was laid for the UFC to go to Florida when the state deemed professional wrestling an essential business and permitted the WWE to continue running shows with no fans earlier this month.

All three shows will take place at VyStar Veterans Memorial Arena in Jacksonville. The first will be the rescheduled UFC 249 event, headlined by an interim lightweight title bout between Tony Ferguson and Justin Gaethje.

Former lightweight champion Anthony Pettis will fight Donald Cerrone in a welterweight bout that will serve as the headliner of the preliminary card.

All of those fights will take place on the May 9 card. Bouts for the other two cards, which are not expected to be pay-per-view events, will be announced soon.

“I can’t wait to deliver some great fights for the fans,” White said. “My team is ready to go, and the fighters are excited to get back in there.”

The three events will be closed to the public. Only personnel deemed essential will be permitted in the building.

During an Instagram Live video with ESPN on Friday, White said he is in no hurry to get fans back at events until it is safe. He expressed confidence in the safety protocols the organization has in place for the fighters and the limited number of people who will be in the building.

“As we move step by step on the path toward economic recovery, we are proud to host these UFC events at the Vystar Veterans Memorial Arena,” Jacksonville Mayor Lenny Curry said in a statement. “ … we are thrilled to have our city highlighted nationally on ESPN and ESPN-Plus.”

The UFC was expected to self-regulate the California event. The Florida State Boxing Commission is on board with the Jacksonville cards.

“Florida’s State Commission and the Department of Business and Professional Regulation have been in continued coordination with the (UFC) to identify options for bringing the UFC to Florida for upcoming events,” FSBC executive director Patrick Cunningham said in a statement. “Florida welcomes the UFC to the Sunshine State, and our commission stands ready to sanction the events to be held on May 9, 13 and 16. Health and safety protocols will be in place to ensure the safety and well-being of all individuals who are helping to make these events possible.”