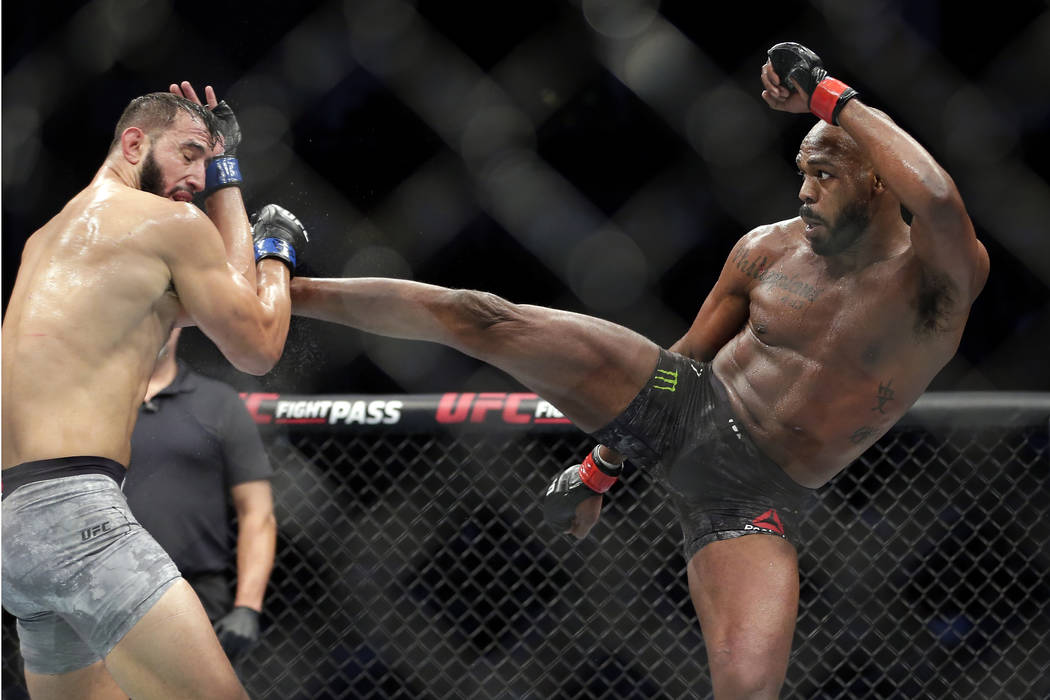 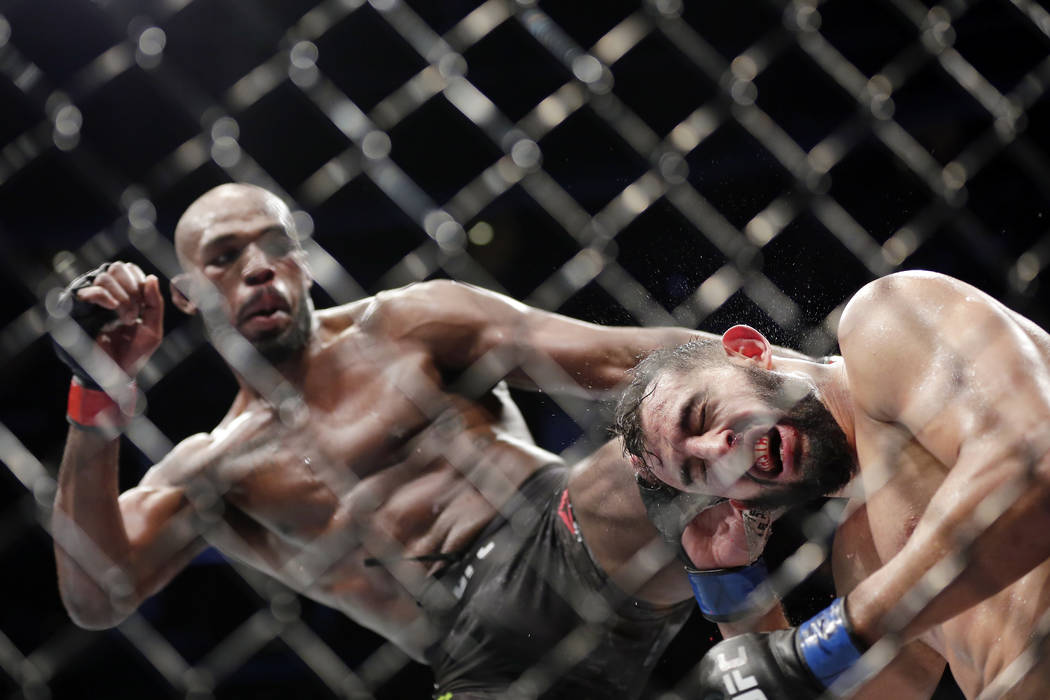 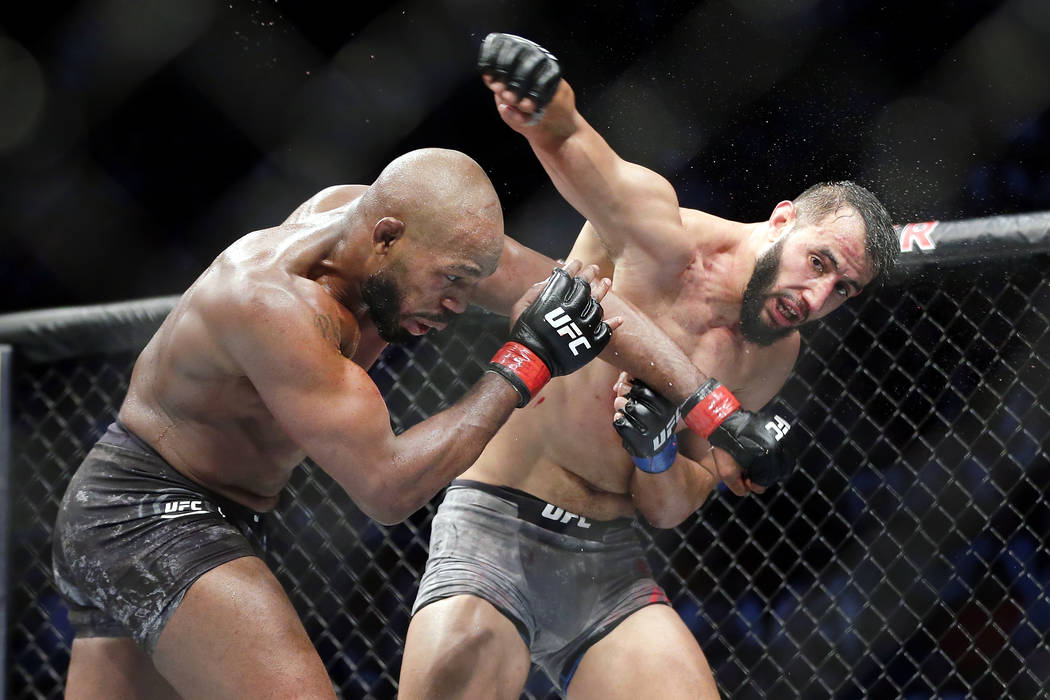 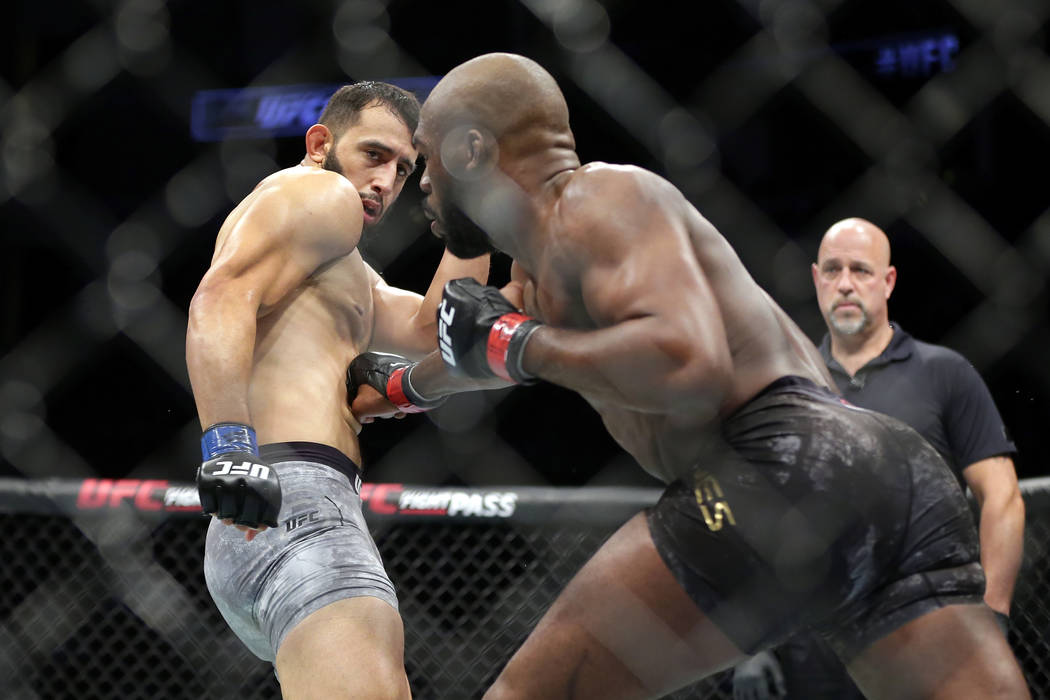 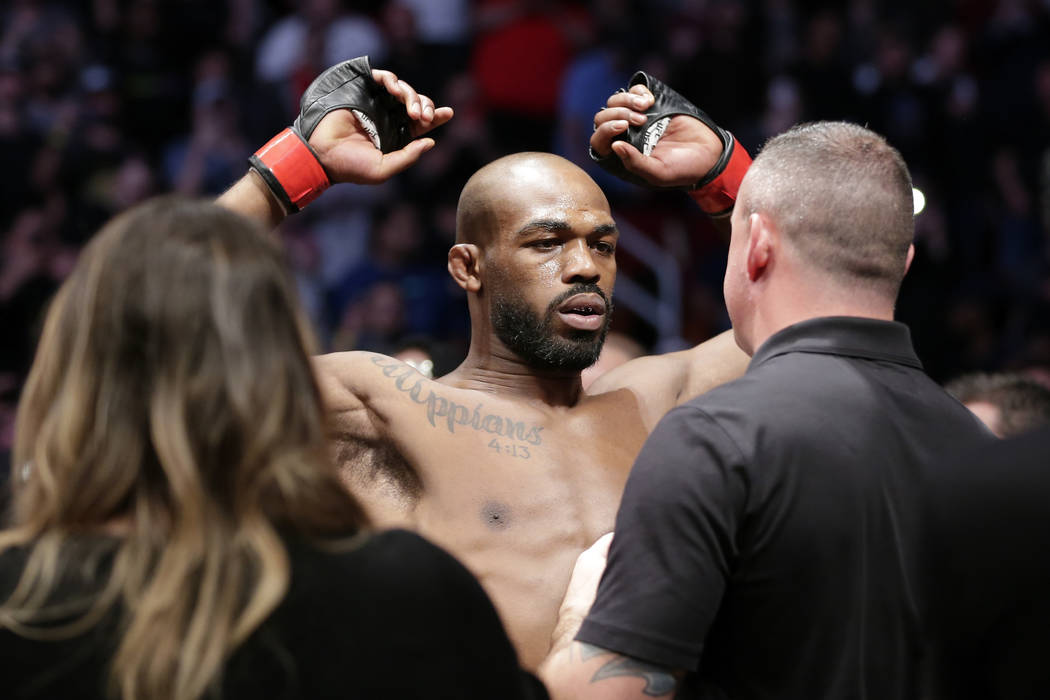 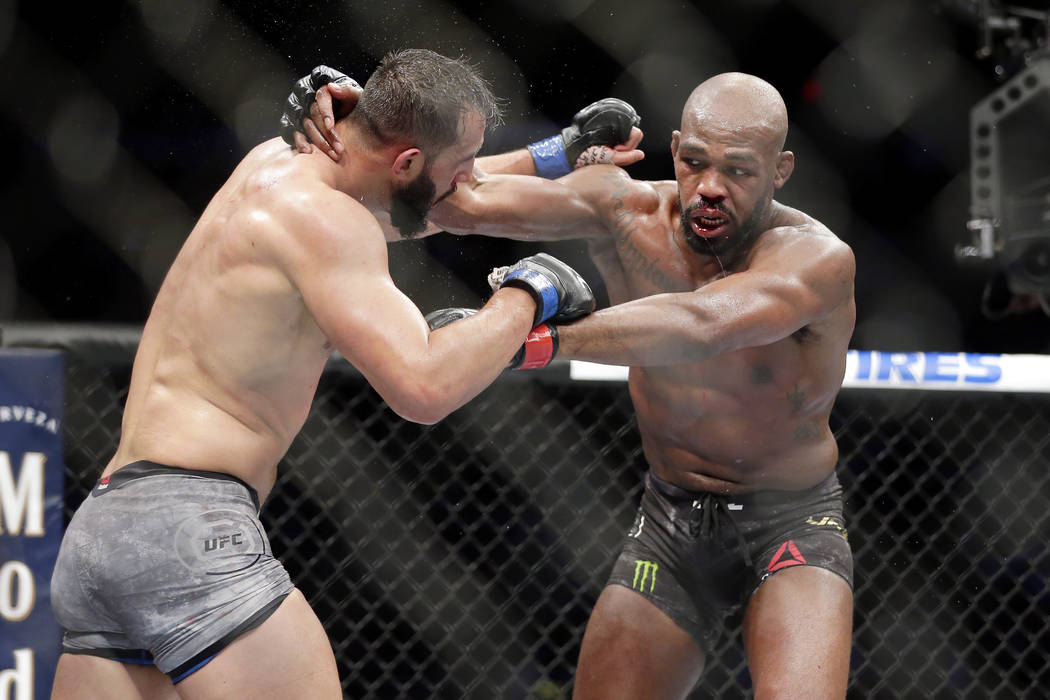 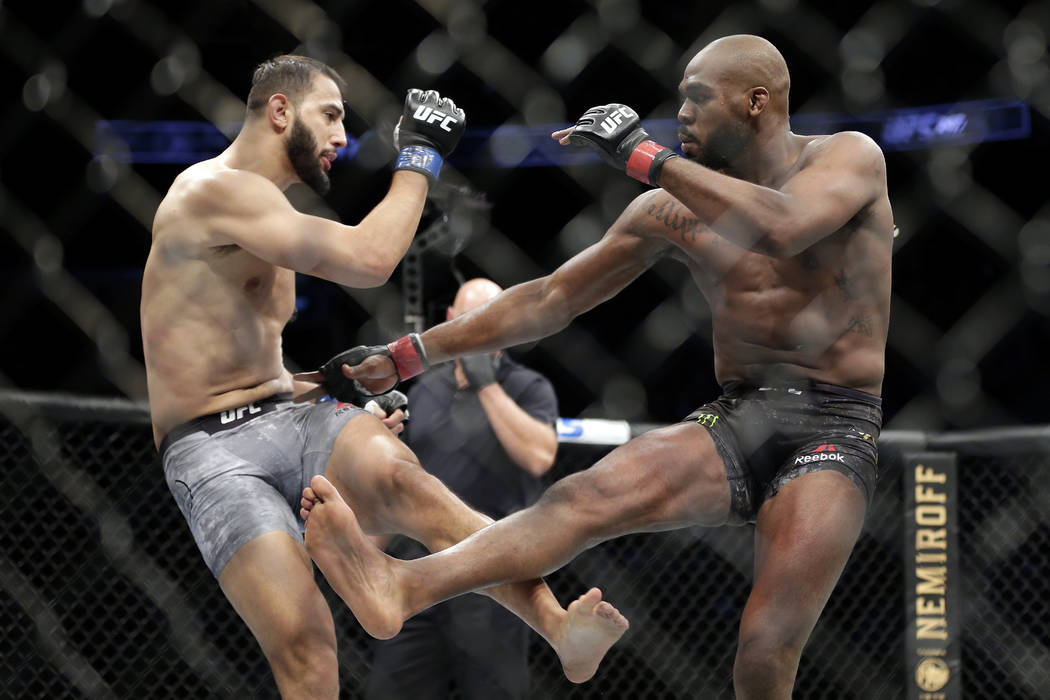 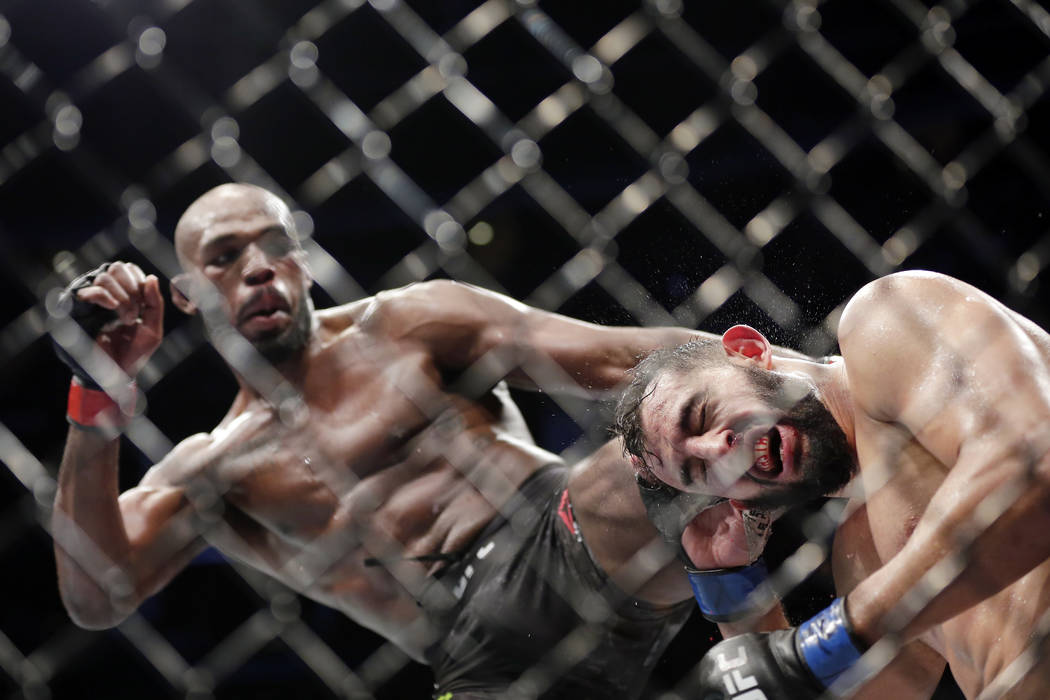 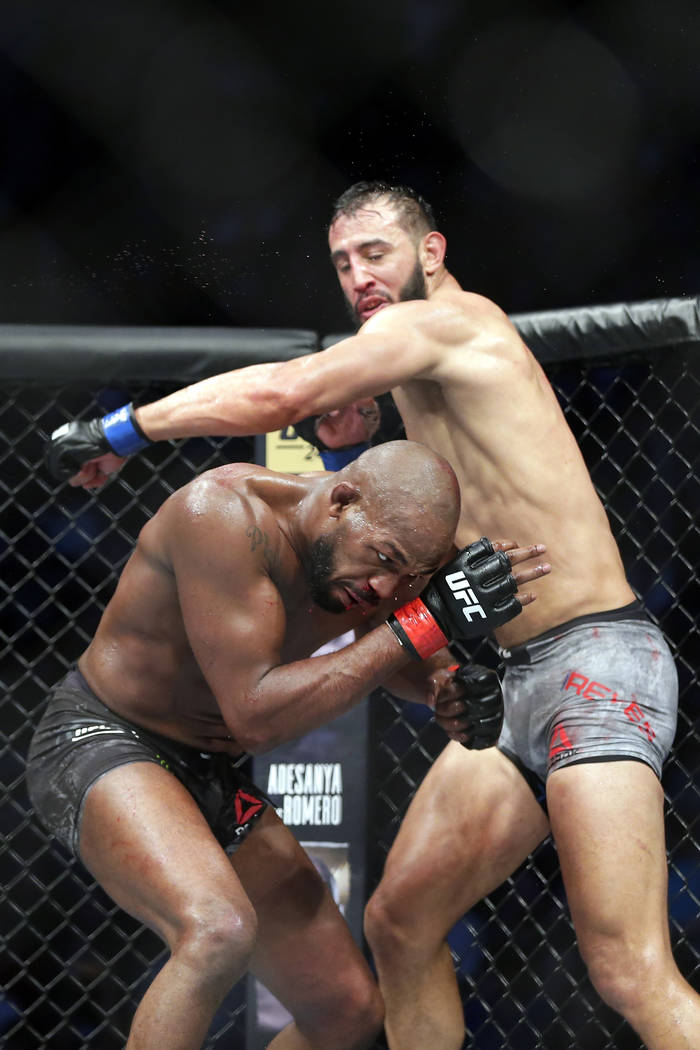 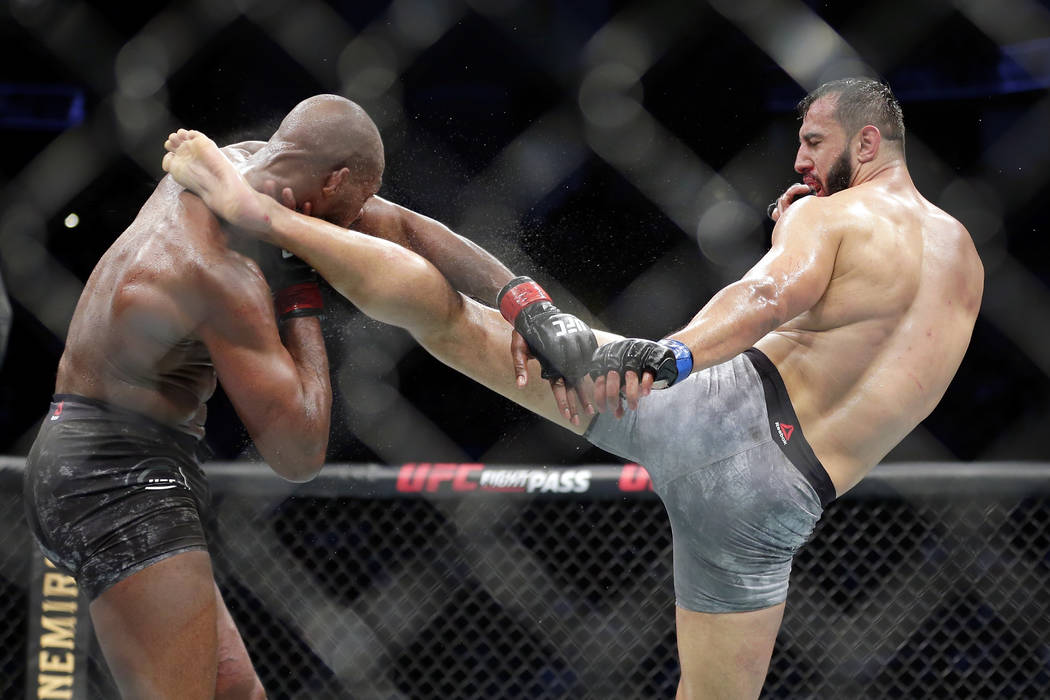 After Jones retained the belt, the two had a cordial conversation in the cage. They exited to a whirlwind of judging critiques and a social media firestorm about how Reyes should have won on the scorecards.

Once Reyes did a couple of interviews on the subject, Jones decided to speak out.

“Dom completely stopped fighting in the championship rounds and has the audacity to be mad at the judges,” Jones posted on social media. “Don’t be mad at the judges, be mad at Dom’s conditioning guy. Man started to give up when the water got deep and is now going around doing interviews talking about being robbed. When will these young boys start taking responsibility, that’s what’s wrong with boys these days.”

Jones was even harsher in two tweets he eventually deleted.

“If anyone was robbed, it was Dom’s fans,” the champion wrote. “He robbed them of finishing the fight like a man. Going out on your shield isn’t for everyone, I guess.”

The consensus is that Jones won the final two rounds after Reyes had controlled the first half of the five-round championship bout. The close third round was seen as the swing round, and two of the three judges gave it to Jones. Two also gave Jones the second round.

Several days after the fight, Reyes was still adamant that he should be wearing the belt.

“I’ll stick by that until the end. There’s nobody that can convince me otherwise,” he said.

The decision has led to renewed calls for an overhaul to the scoring system, which was largely adopted from boxing.

Several athletic commission representatives have said options from open scoring to a point system based on successful attacks have been discussed, but there is no push for dramatic action or consensus on the best reforms.

A boxing match between Manny Pacquiao and UFC star Conor McGregor might have taken a small step toward becoming reality this week.

“We’re very excited to announce that Manny Pacquiao has signed with PSM for full service representation!” the agency posted on social media, indicating it will continue to work closely with Pacquiao’s current team.

McGregor has said a bout with Pacquiao is a possibility for his second foray into a boxing ring. McGregor’s 2017 boxing debut against Floyd Mayweather is one of the most lucrative events in combat sports history.

One local female UFC contender has a new date for her return, and another underwent surgery this week.

Claudia Gadelha will fight Marina Rodriguez in a strawweight bout on the UFC Fight Night 174 card May 2 in Oklahoma City.

Gadelha was supposed to fight Alexa Grasso at UFC 246 in Las Vegas in January, but the fight was canceled after Grasso missed weight by more than 5 pounds.

Eye said on her Instagram page that she underwent elbow surgery Tuesday. She expects to be back in the gym next week.

The Las Vegas resident lost a flyweight title bout to Valentina Shevchenko in June before winning a unanimous decision over Viviane Araujo in December.

Corey Anderson will meet Jan Blachowicz in a light heavyweight contender bout to headline UFC Fight Night 167 on Saturday in Rio Rancho, New Mexico. The main card streams on ESPN Plus at 5 p.m.

The winner probably will get a title fight against Jones.

Diego Sanchez will meet Michel Pereira in a welterweight bout on the main card. 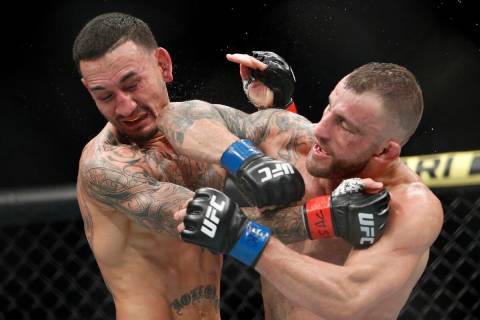