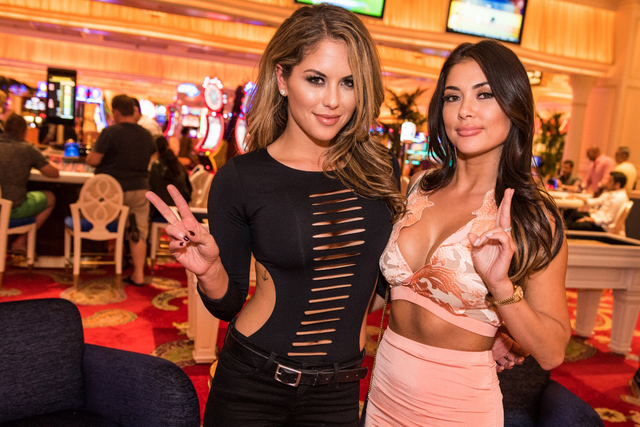 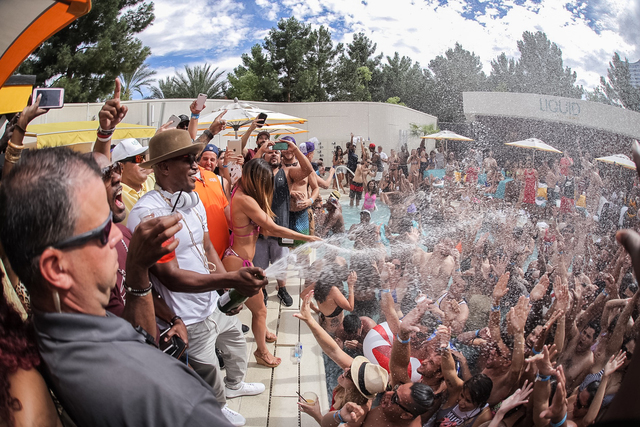 “Vegas Dave” Oancea is still sweet on Miesha “Cupcake” Tate even though he lost a $1 million bet on her.

Oancea posted a video before Saturday’s UFC 200 saying he gambled on Tate to retain her bantamweight championship against Amanda Nunes.

Tate lost to Nunes in front of Oancea at T-Mobile Arena, as he sat next to UFC heroes Chuck Liddell, Dan Henderson and Georges St-Pierre, and Oancea’s girlfriend.

“Still love u… Forget the money,” Oancea tweeted to Tate, then he licked his wounds at Aria resort’s Jewel nightclub, where eight cocktail waitresses held signs spelling out “Vegas Dave” and his girlfriend kissed his sad face.

Meanwhile, Tate was publicly grateful for fans yelling “We love you” at Sapphire strip club, where she addressed fans during a post-loss afterparty.

Tate, who trains and goes to church in Vegas, has no body shame. A 2013 nude model for ESPN’s “Body Issue” magazine, she stripped nude behind towels, boyfriend by her side, Friday to make weight on a scale.

All these actors went to UFC 200, then partied at Aria’s club Jewel, where DiCaprio was joined by Tobey Maguire and a big entourage around 1 a.m.

For an hour and a half, the actors drank and partied next to the dance floor at a VIP table, as rapper Ja Rule joined Foxx onstage to perform, and top draft pick Jared Goff of the Rams drank Champagne at DJ Irie’s booth.

“I love you so much. My heart. My soul. My everything,” he said, mentioning her connection with his daughters, while the overhead song playing was Nu Shooz’ “I Can’t Wait,” as you can see and hear on his Twitter video.

She gave him a long hug and said yes.

Speaking of cute lovers, Detroit Lions receiver Golden Tate and fiancee Elise Pollard couldn’t quit each other for one night.

The couple rounded up friends for a bachelor/bachelorette party Saturday at Drai’s nightclub in the Cromwell hotel, where resident performer Tip “T.I.” Harris rapped.

Anderson Silva, after losing to Daniel Cormier as a last-minute substitute in UFC 200, merrily hosted at 1 Oak nightclub with friends.

Improv actor Wayne Brady was in 1 Oak, too.

UFC Octagon models Arianny Celeste and Brittney Palmer ate sushi and sashimi with fighter Urijah Faber and other friends at Andrea’s restaurant in the Encore resort, then played pool at Encore Players Club and partied at Surrender nightclub.

New mother Allison Holker of “Dancing with the Stars” and Stephen Boss from “The Ellen DeGeneres Show” ate at Tao with G.R.L. singer Lauren Bennett and friends Friday.

“Criminal Minds” actress Ambyr Childers celebrated a birthday with friends and family Friday at STK Steakhouse in The Cosmopolitan.