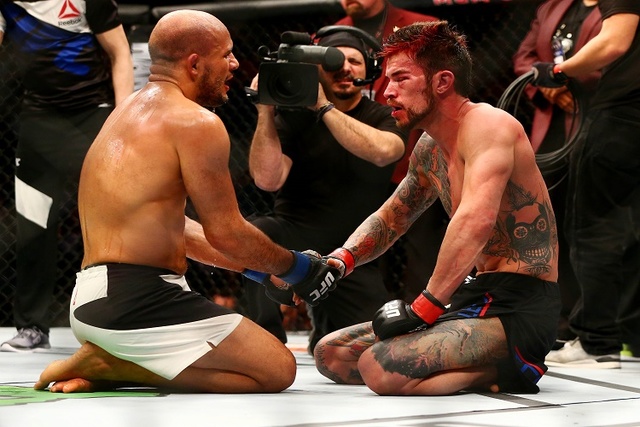 Welterweight Brandon Thatch will look to snap a three-fight losing streak when he returns to action at UFC 207 in Las Vegas.

Thatch will fight Sabah Homasi on the card, which takes place on Dec. 30 at T-Mobile Arena.

Homasi made his UFC debut at UFC 202 in August when he was signed to fight Tim Means as a late-notice replacement and was knocked out in the second round.

Thatch had won 10 consecutive fights, including his first two in the UFC, before his current slide. All three losses have come by submission, including to an arm-triangle applied by Siyar Bahadurzada on the UFC 196 card in March.

UFC 207, which takes place on a Friday, will be headlined by a women’s bantamweight title bout between Ronda Rousey and champion Amanda Nunes.