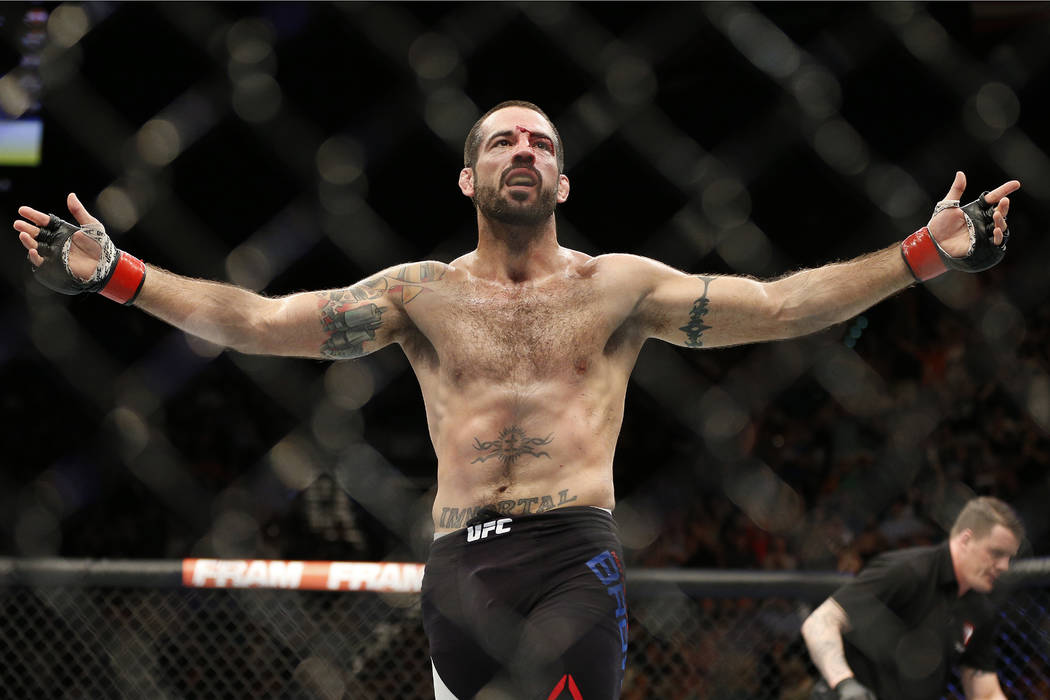 UFC veteran Matt Brown will return to the cage Dec. 14 at T-Mobile Arena.

Brown will face Ben Saunders in a welterweight bout at UFC 245, officials confirmed to the Review-Journal on Friday.

Brown, 38, has not fought since November 2017 when he knocked out Diego Sanchez to snap a three-fight losing streak. He was scheduled to fight Carlos Condit in April 2018, but had to withdraw because of a torn ACL.

Saunders has lost three straight and five of six. He’s coming off a knockout loss to Takashi Sato in April.