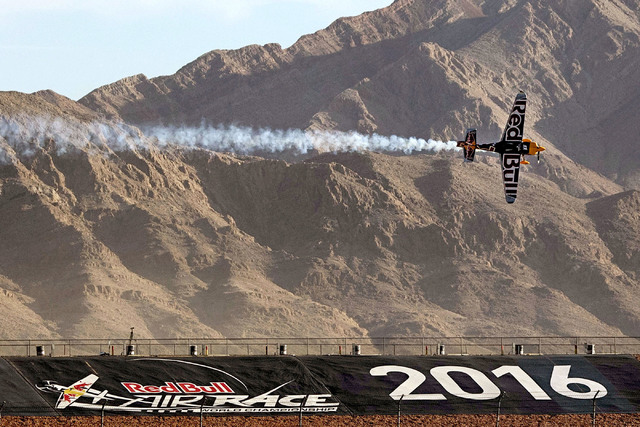 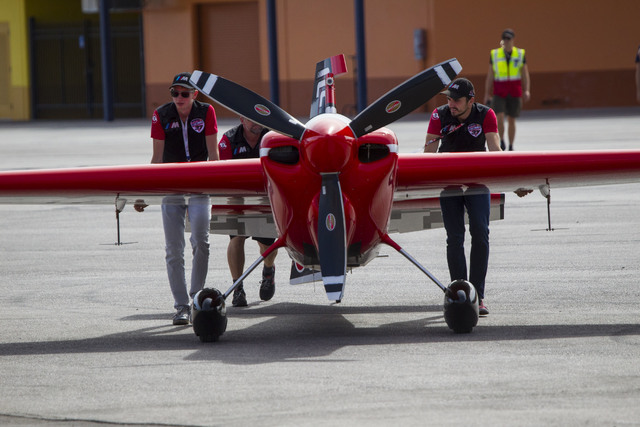 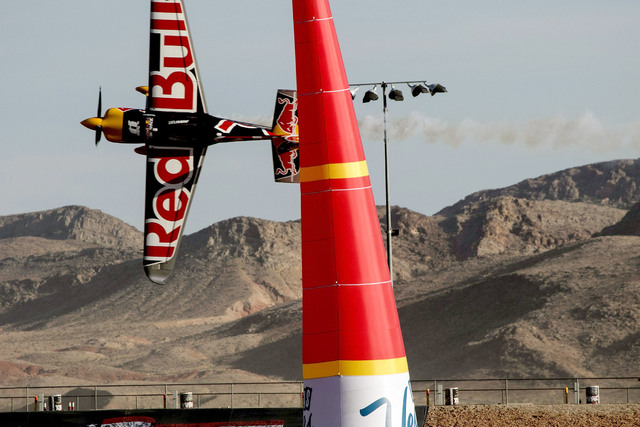 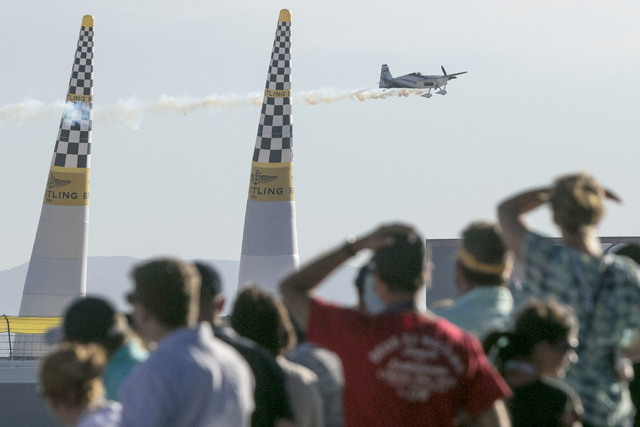 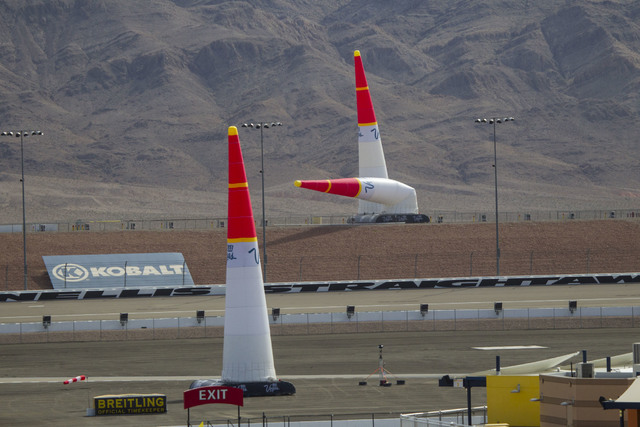 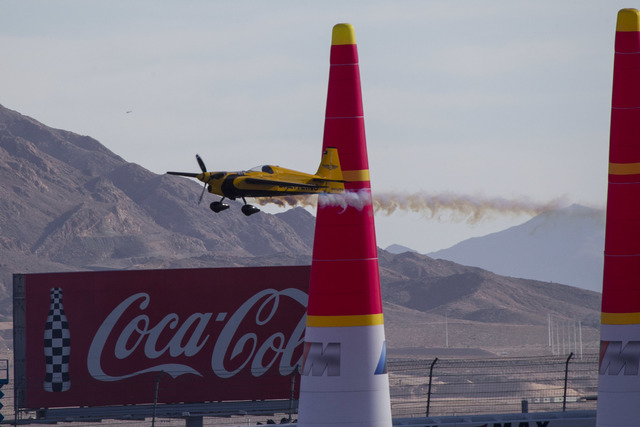 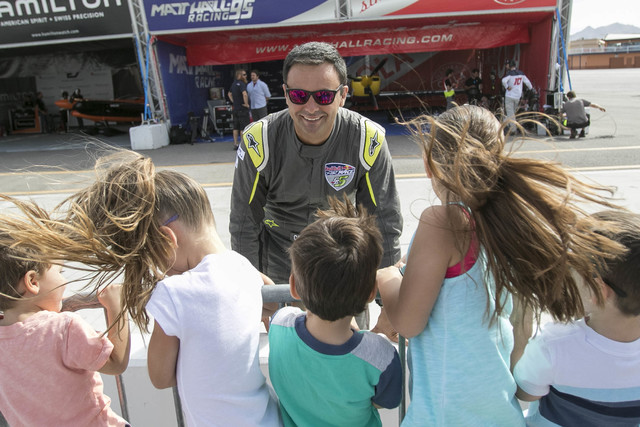 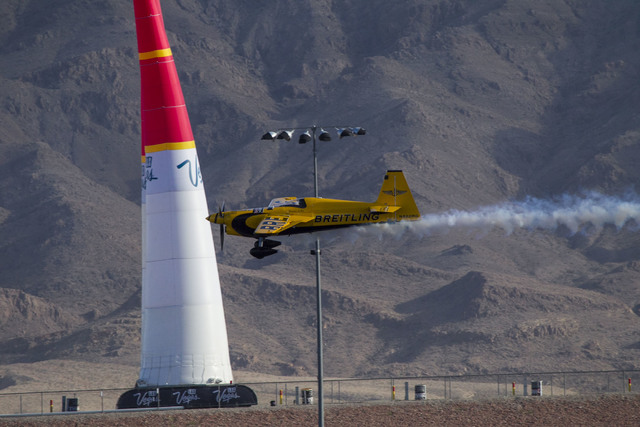 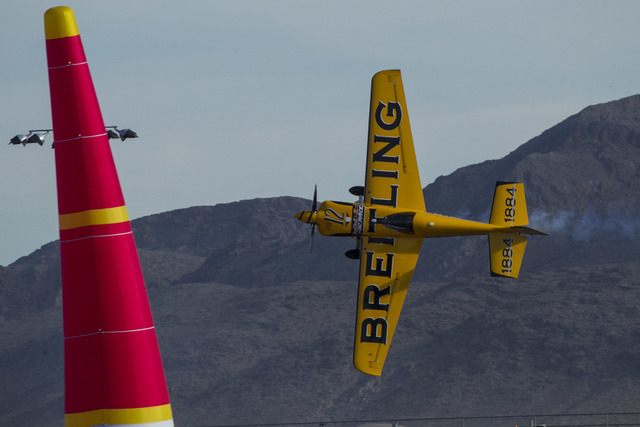 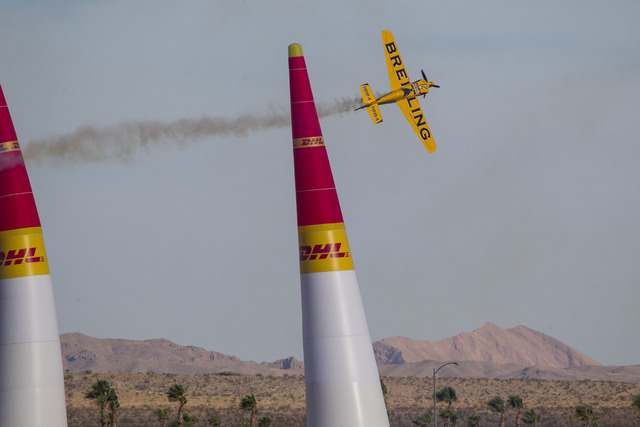 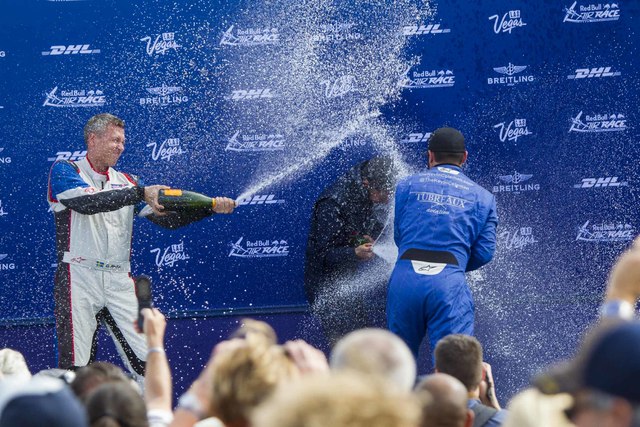 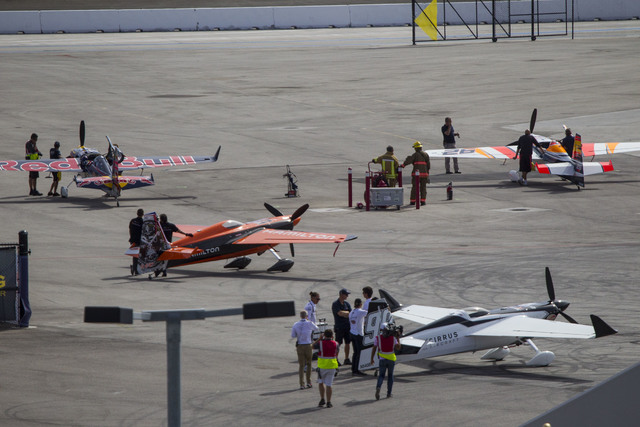 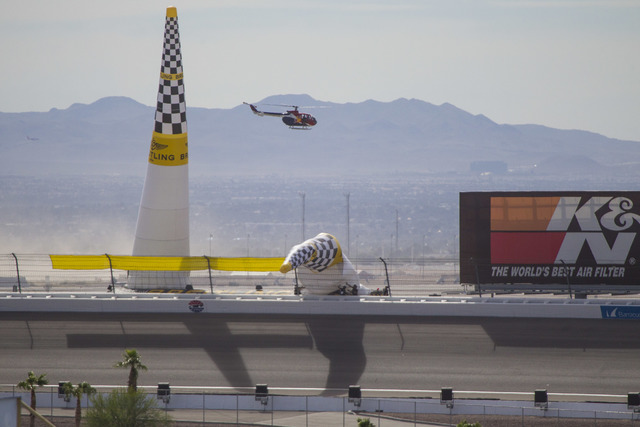 A helicopter flies over an air race pylon marker that was blown over in strong winds on the final day of the Red Bull Air Race World Championship at the Las Vegas Motor Speedway, Sunday, Oct. 16, 2016. (Richard Brian/Las Vegas Review-Journal) Follow @vegasphotograph 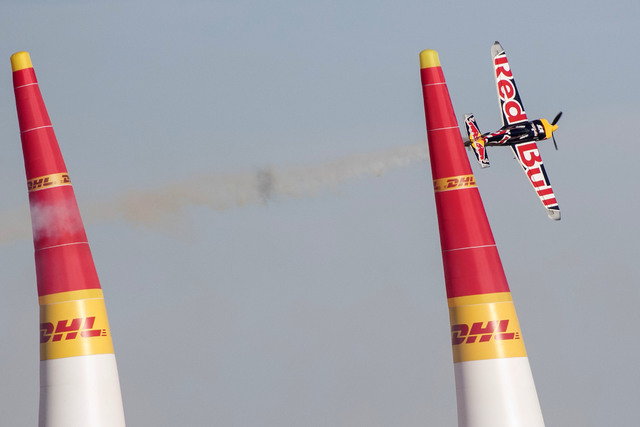 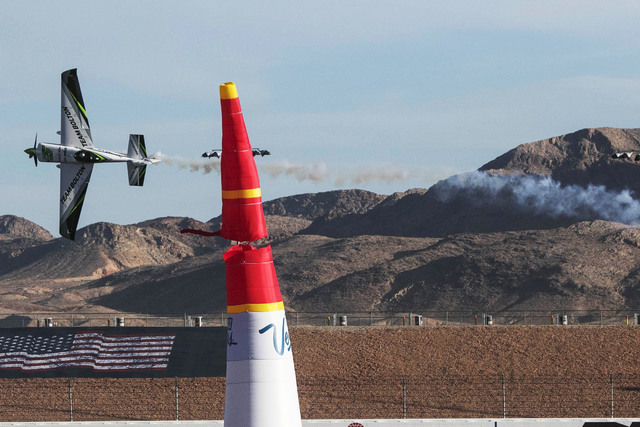 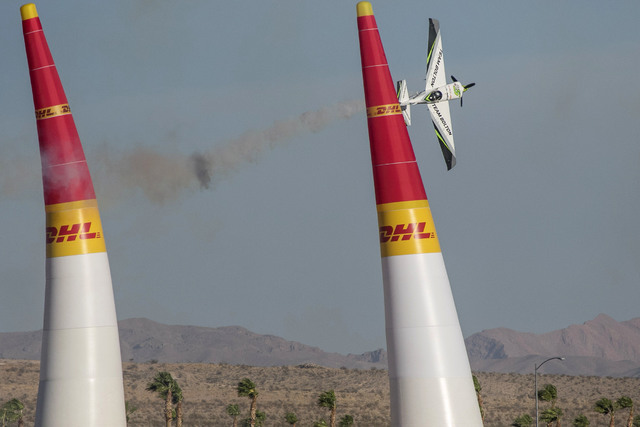 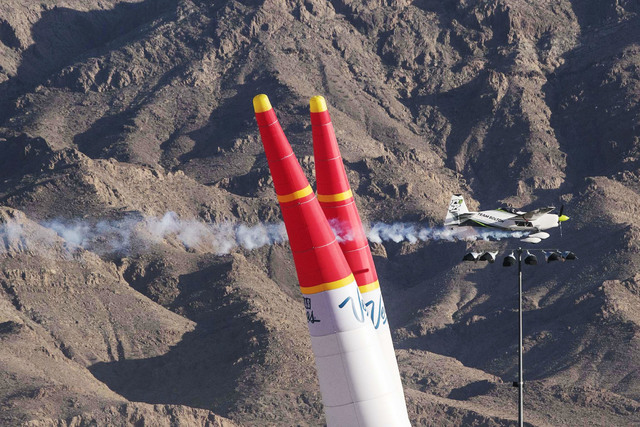 Air racing fans of a certain age may remember a hit song called “Windy” by the melodic pop group The Association.

In regard to the final round of the 2016 Red Bull Air Race Championship at Las Vegas Motor Speedway, The Association was full of hot air.

Windy had wings aplenty. But there was very little flying above the clouds, or below them.

After many hours of delays, the racing planes finally got airborne at 4 p.m. Sunday. Only a smattering of spectators remained in the sprawling grandstands.

But with dusk approaching and the gusts not abating, the race was called before the first of three rounds of flying against the clock could be completed.

“Our winds today were in excess of what we could safely handle,” race director Jim DiMatteo said in making the cancellation announcement.

High winds also wiped out Saturday’s qualifying and Sunday’s Challenger Cup, which is to the Air Race Championship what the Xfinity Series is to Sprint Cup in NASCAR.

On Sunday, just after noon, the bluster subsided long enough for a couple of pilots to test the currents. The wind then picked up in earnest, blowing over the starting gate and several of the 82-foot inflatable pylons that define the flying obstacle course.

“It’s like riding a boat in a huge thunderstorm,” said the French pilot Francois Le Vot after putting wheels down on the infield landing strip. “Very strong wind. I think the fall season deserves its name because I could see pylons falling down in a very sad way.”

It was the second time in three years wind wreaked havoc with the LVMS air race.

In 2014, the head-to-head runs were halted before one round was complete, and young Canadian throttle man Pete McLeod was deemed the race winner based on qualifying time. That also was the year a refrigeration truck caught fire on the runway, spewing flames and a thick plume of black smoke into the windswept LVMS airspace.

At least the weather did not effect the championship — German pilot Matthias Dolderer already had clinched the 2016 title, in the penultimate race of the season at hallowed Indianapolis Motor Speedway.

“You’re out in the middle of the high desert in October — you’re going to get wind most days,” said Australian pilot Matt Hall, the 2015 and ’16 runner-up, before the nimble racing planes finally were grounded for good.