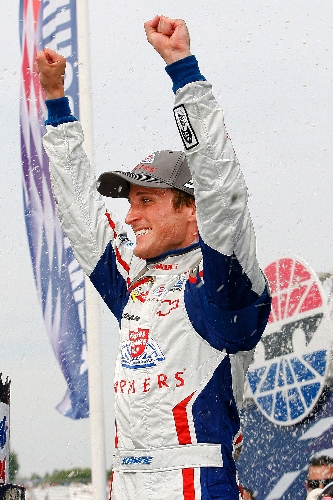 LOUDON, N.H. – The best car was rolling toward victory – until its driver and crew chief couldn’t agree on how many tires to change.

Kasey Kahne capitalized on that confusion between Denny Hamlin behind the wheel and Darian Grubb in the pits to win his second NASCAR Sprint Cup race of the year and make a leap toward one of 12 spots in the Chase for the series title.

"For those guys to miscommunicate, that helped us a ton," Kahne said. "I’ll take ’em an y way we can."

Hamlin’s Toyota led for 150 of the 300 laps at the one-mile New Hampshire Motor Speedway on Sunday. His communication wasn’t quite as good.

Kahne went ahead to stay during a restart on the 240th lap when Hamlin spent extra time in the pits as his crew changed all four tires. Hamlin wanted just two new ones.

"(Grubb) asked me how much of the tires I felt I’d used up. I felt like I had used up a substantial amount," he said. "(I said) give me tires and no adjustments. He thought I meant four tires. Nothing’s a given. Even though it looked like we had one in the bag if we took two tires, you never know."

After the race, Grubb said: "That was 100 percent my fault."

Hamlin said: "Darian has won me a couple of races this year, more than he’s taken away from me."

"I wouldn’t say ‘stolen.’ We ran in the top four the whole race," he said. "We were in pretty good shape, (but) if he was to keep the track position I never would have passed him."

Hamlin’s pit stop left him in 13th place, but he kept passing cars until only Kahne remained in front. Then he simply ran out of miles and Kahne won by 2.738 seconds.

The win was the first 14th of Kahne’s career and first for the Hendrick Motorsports driver since May 27 at Charlotte. Clint Bowyer, Dale Earnhardt Jr. and Brad Keselowski rounded out the top five.

Kahne helped his chances of qualifying for the Chase, the last 10 races of the season in which the top 10 drivers in the point standings win automatic berths. Two additional spots go to the drivers with the most wins who are ranked 11th through 20th in points. Kahne climbed from 16th to 12th on Sunday, and his two wins are more than anyone in the second group of 10.

Kyle Busch, the pole sitter, led the first 66 laps before his own costly pit stop. It took longer than usual as his crew had a problem with the right tire. Then there was more trouble – a drive-through penalty for entering pit road too fast. When Busch finally returned to the track, he was in 22nd place. He finished 24th.

PENSKE: ALLMENDINGER TO RETURN IF CLEARED

Team owner Roger Penske says driver AJ Allmendinger will be back for the next Sprint Cup race if he is reinstated by NASCAR.

Allmendinger was suspended about 90 minutes before the race at Daytona International Speedway on July 7 after a urine sample taken the previous weekend at Kentucky Speedway came back positive for what his team identified only as a stimulant.

"We’re standing behind A.J," Penske said Sunday at New Hampshire Motor Speedway in Loudon, N.H. "Hopefully, we’ll know something in the next week to 10 days. Our goal is, hopefully, that he’ll be fine and he’ll be back in the car in the next race. We have nothing else we can do. It’s entirely in the hands of NASCAR."

Allmendinger’s "A" sample tested positive and a "B" sample is to be tested with his toxicologist present. The next race is July 29 at Indianapolis.

Allmendinger, 30, is driving for Penske on a one-year contract with an option for 2013.

"To me, it’s business and I said to him that if this goes the wrong way, that there are people bigger than he is that have had issues they had to deal with," Penske said. "He’s strong and he’s a young man and we’ll help him work through it." 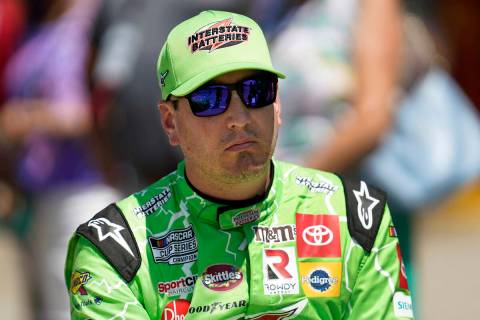