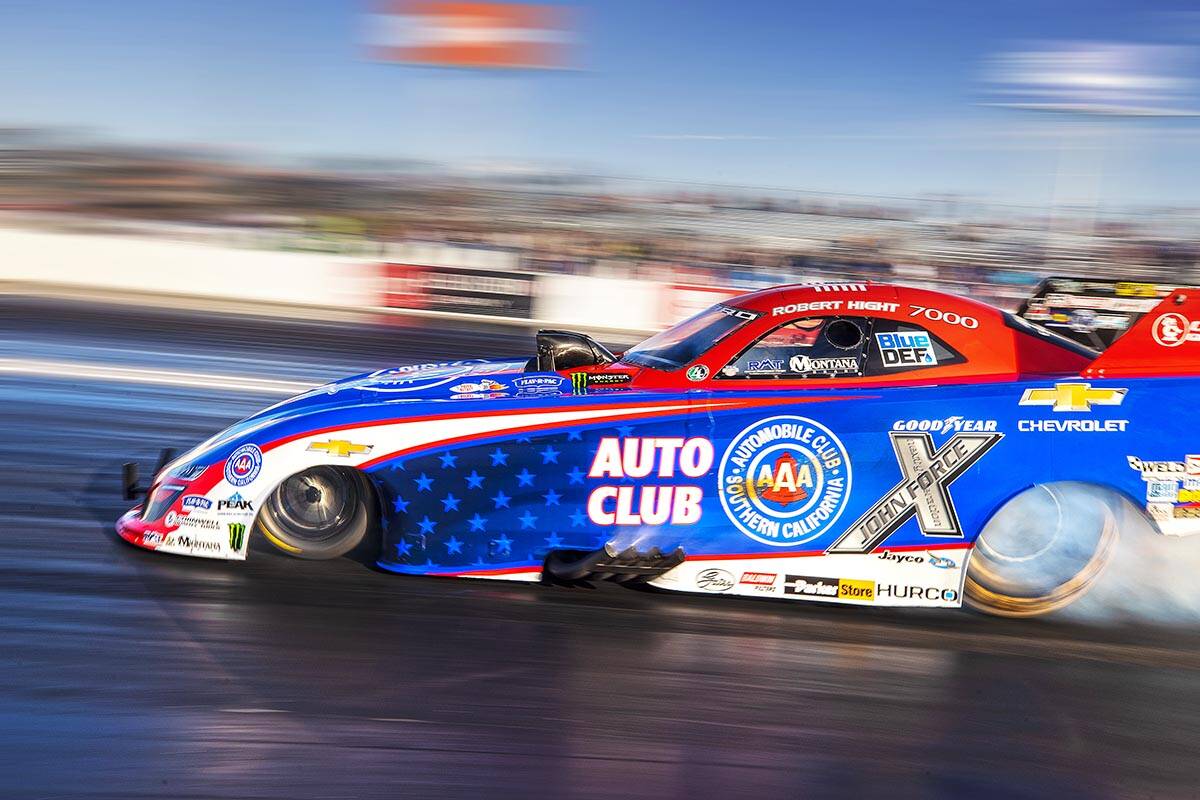 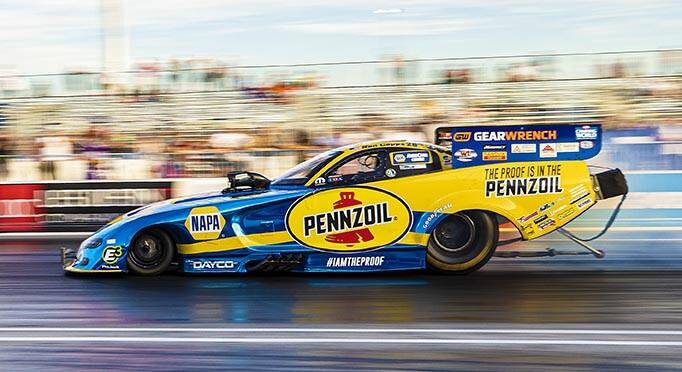 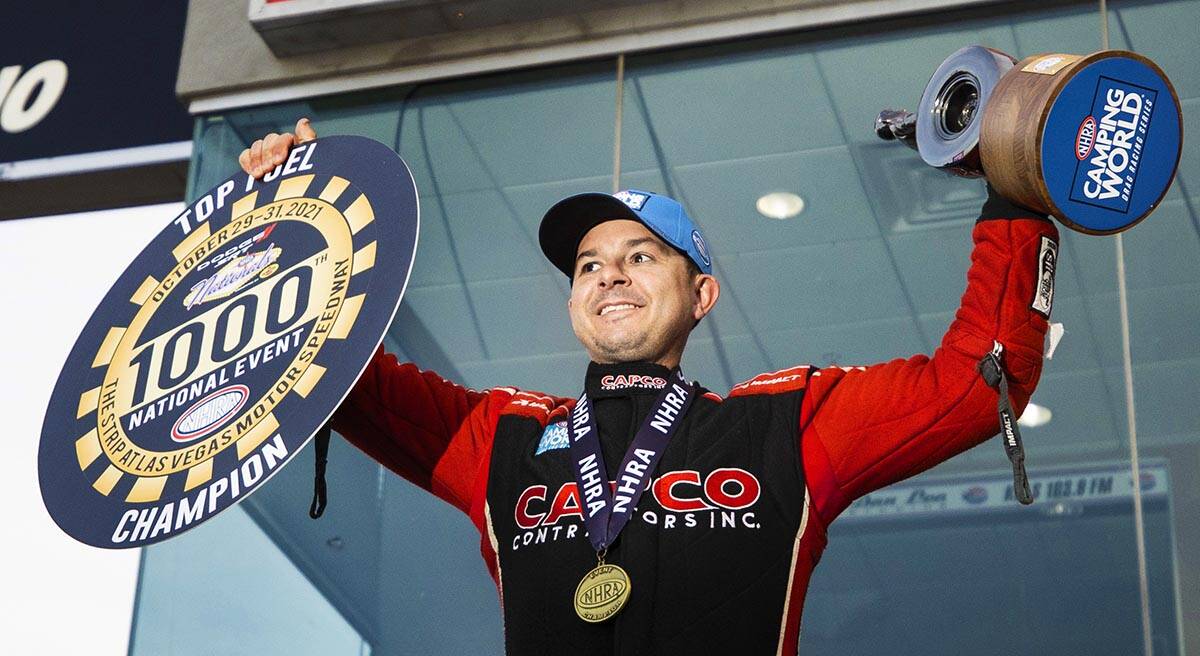 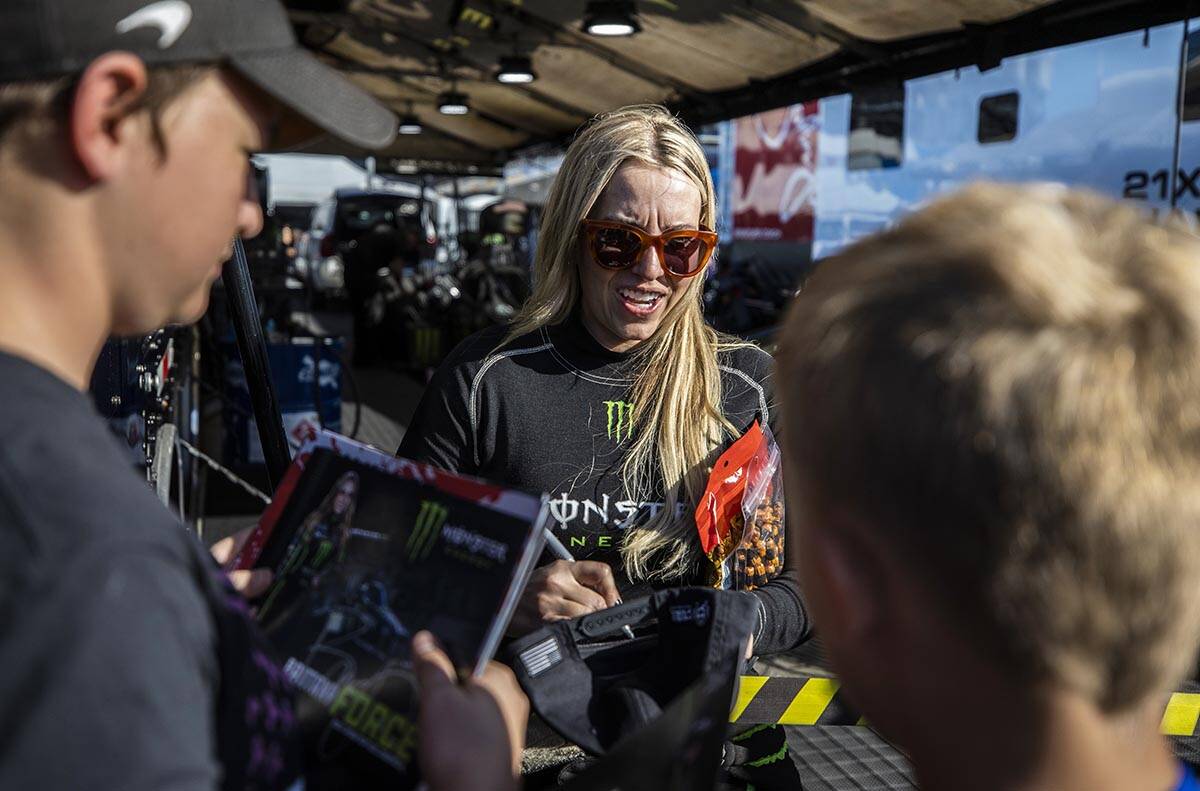 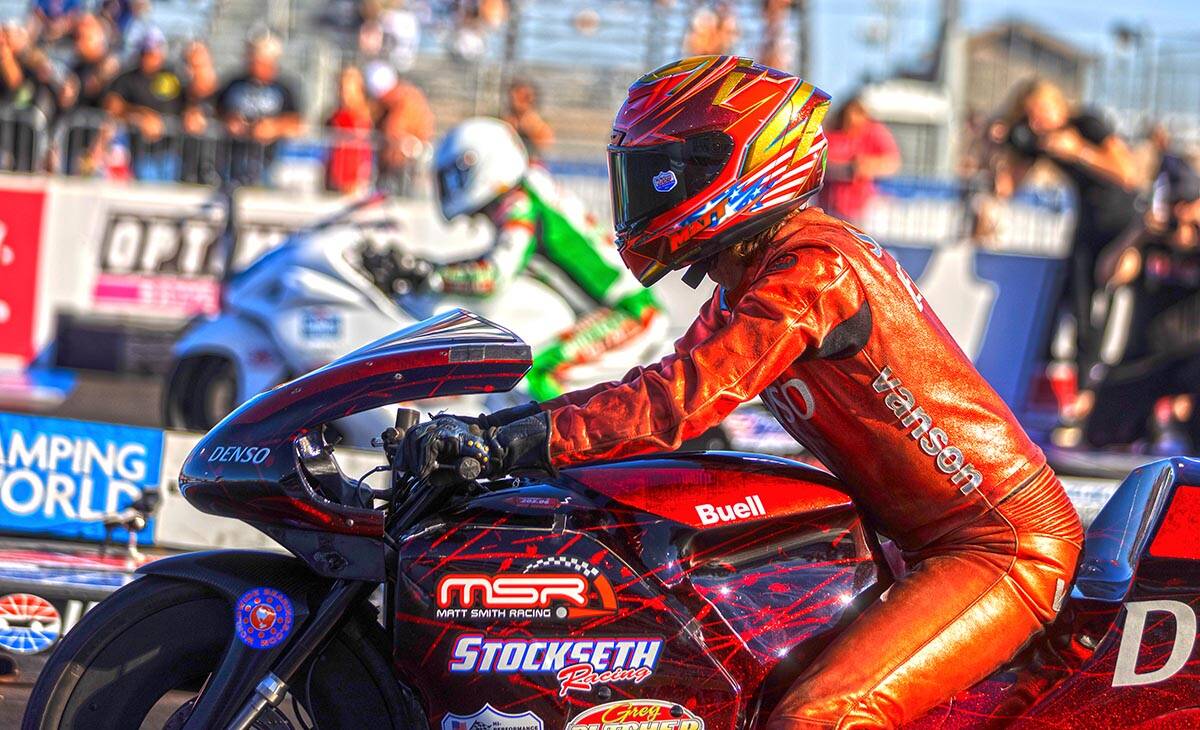 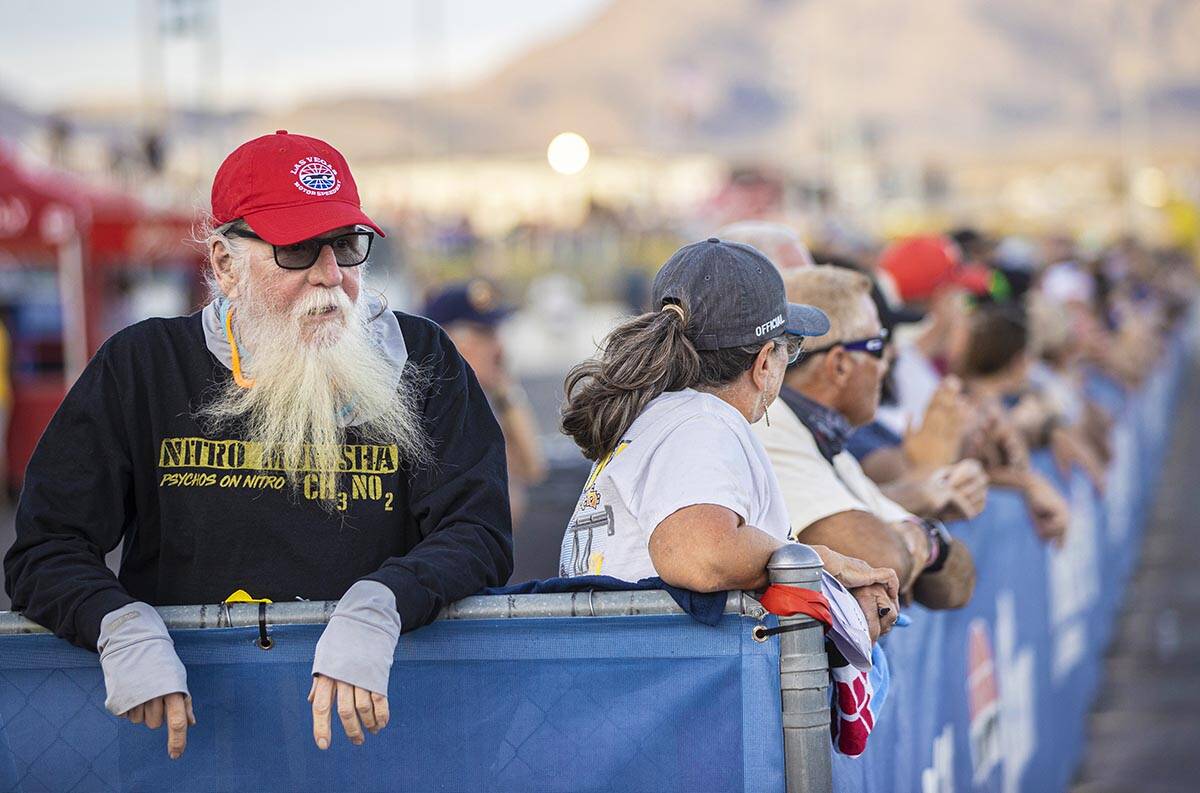 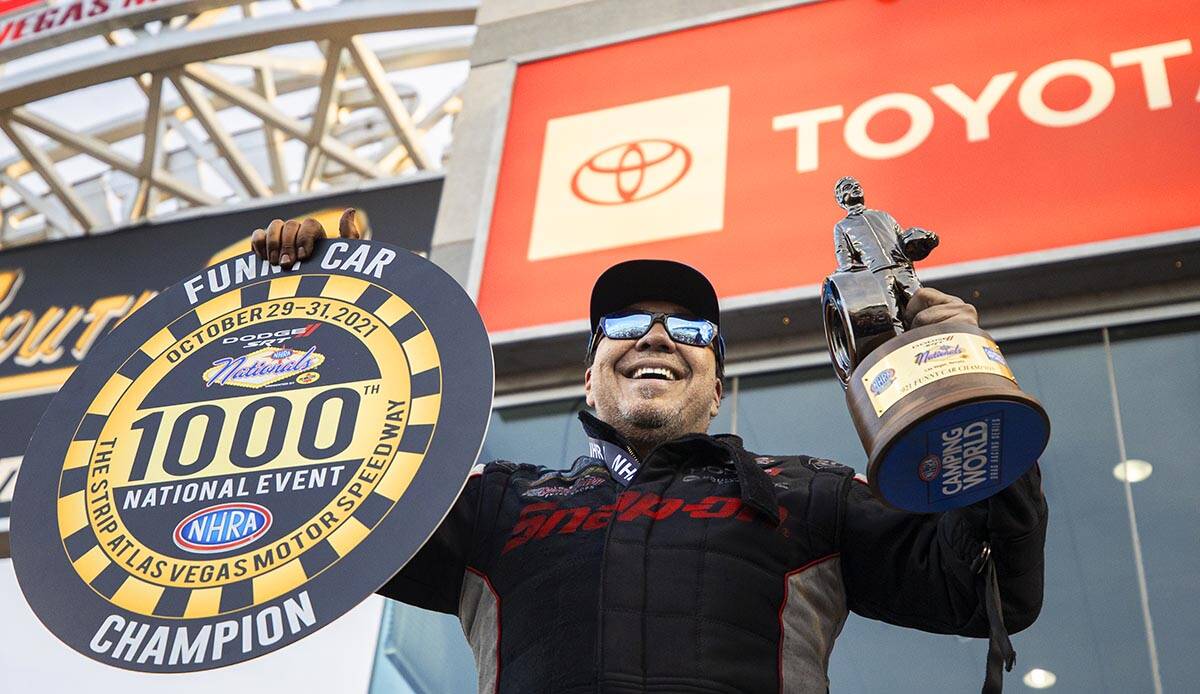 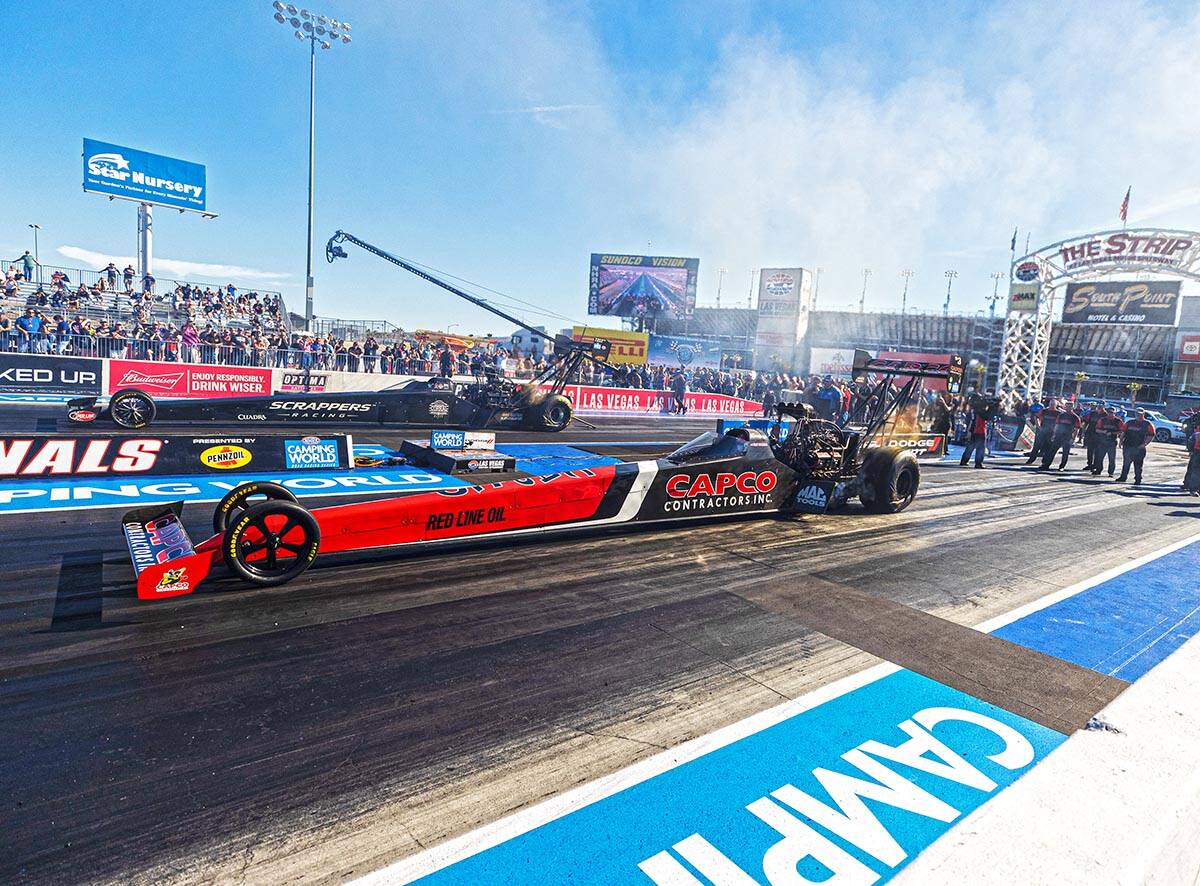 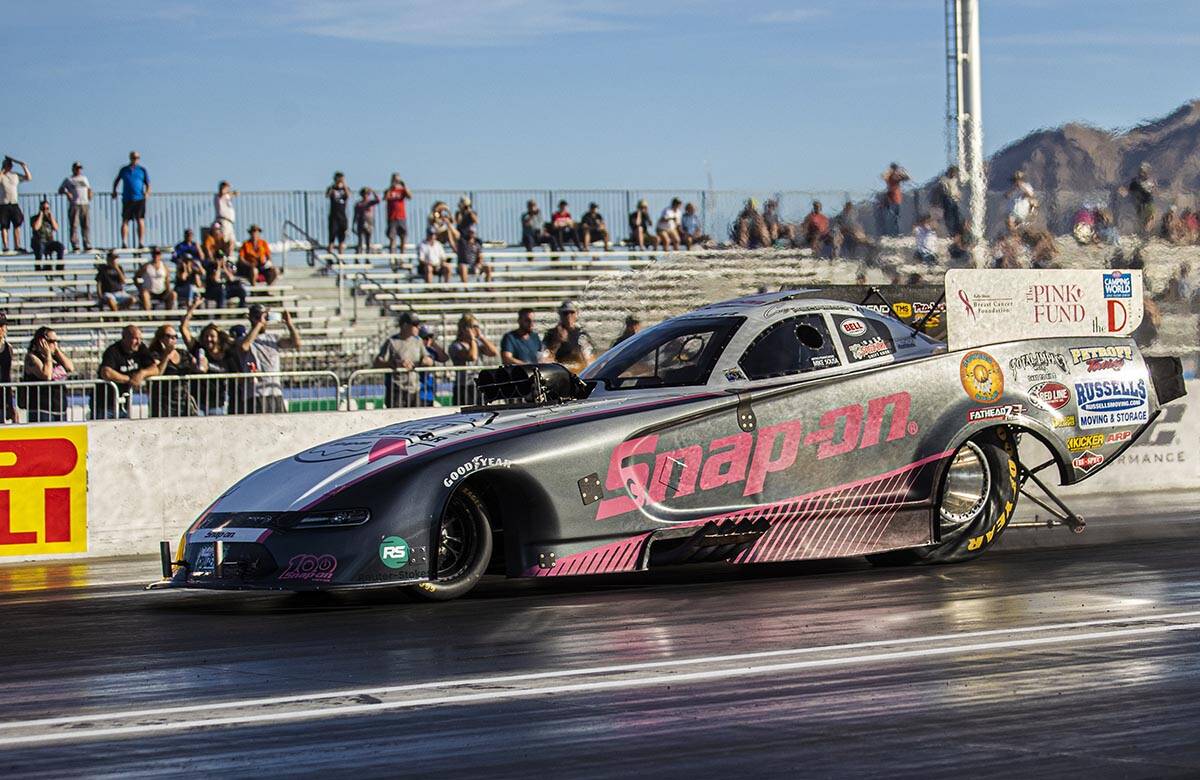 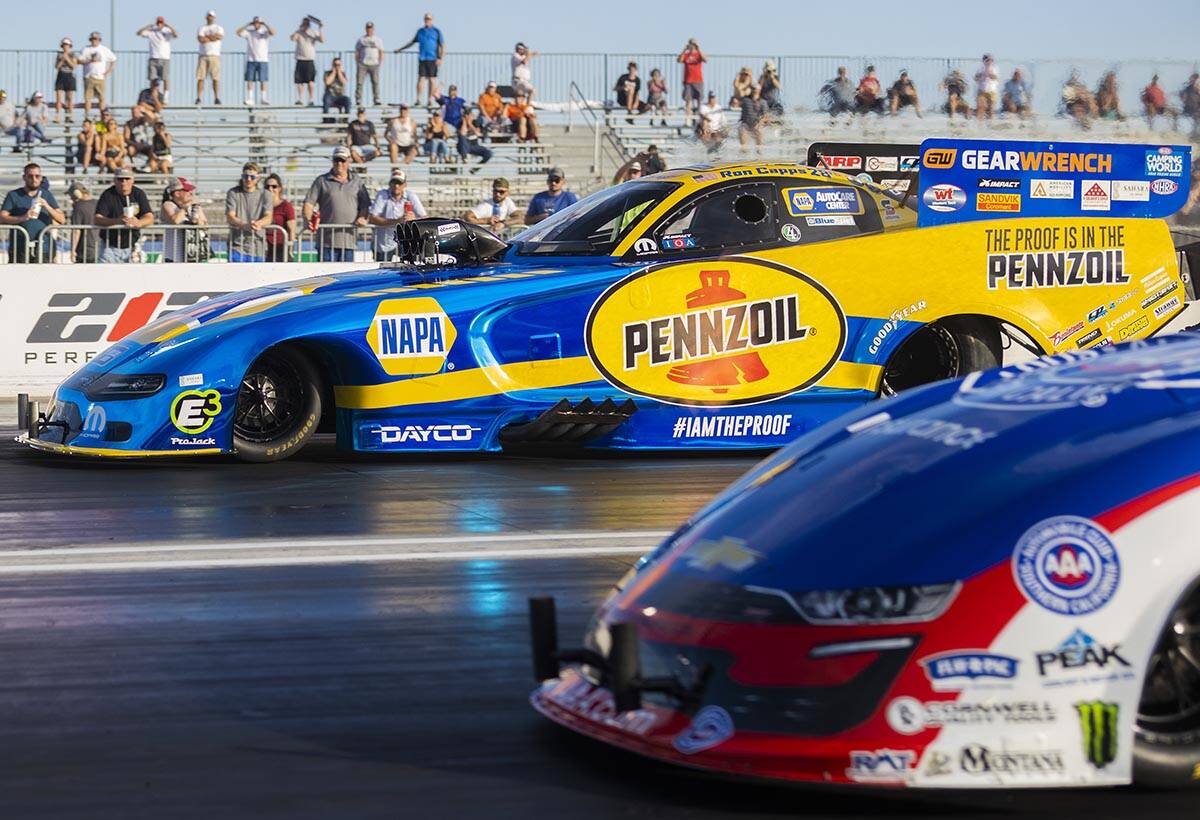 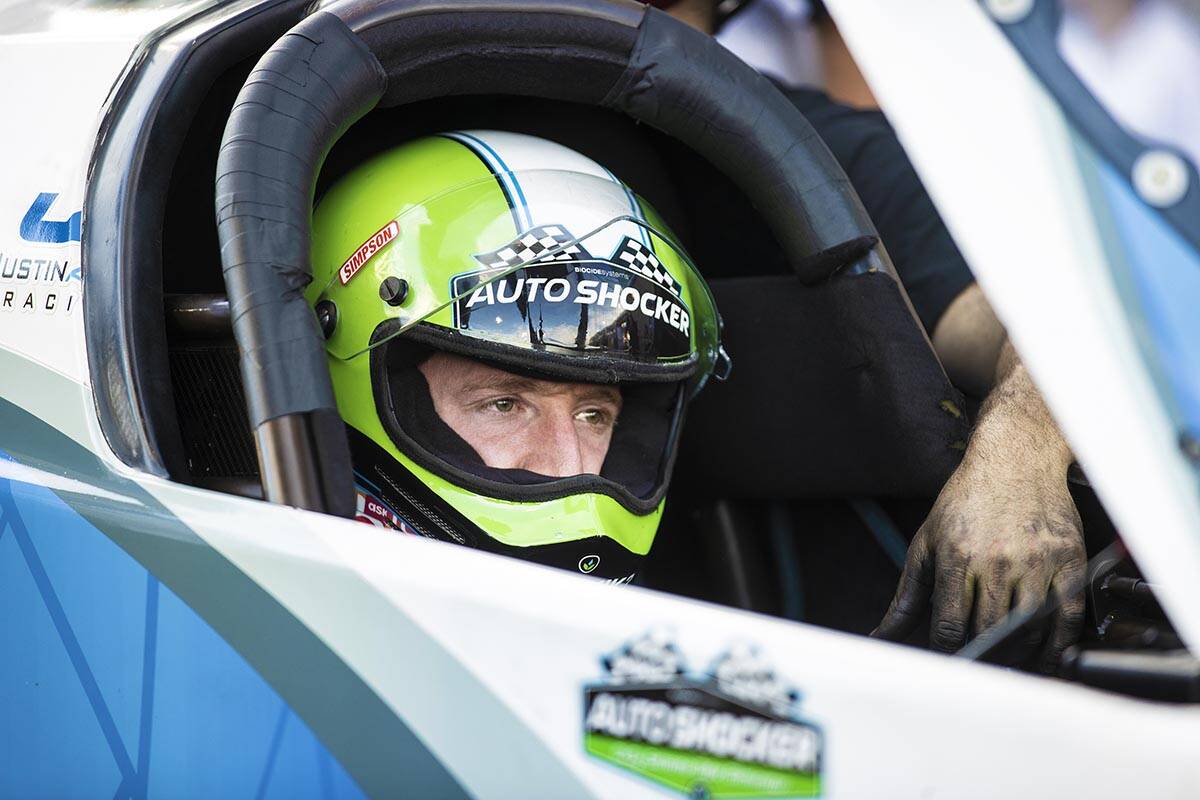 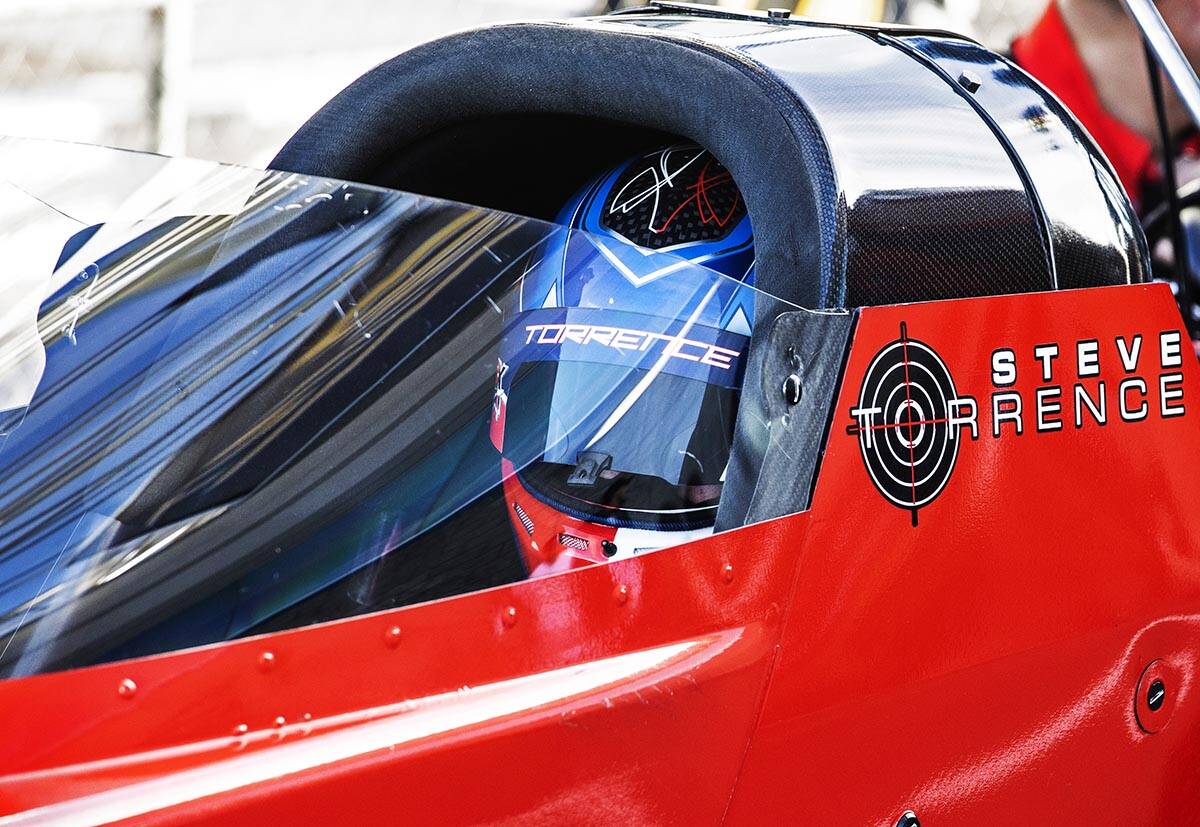 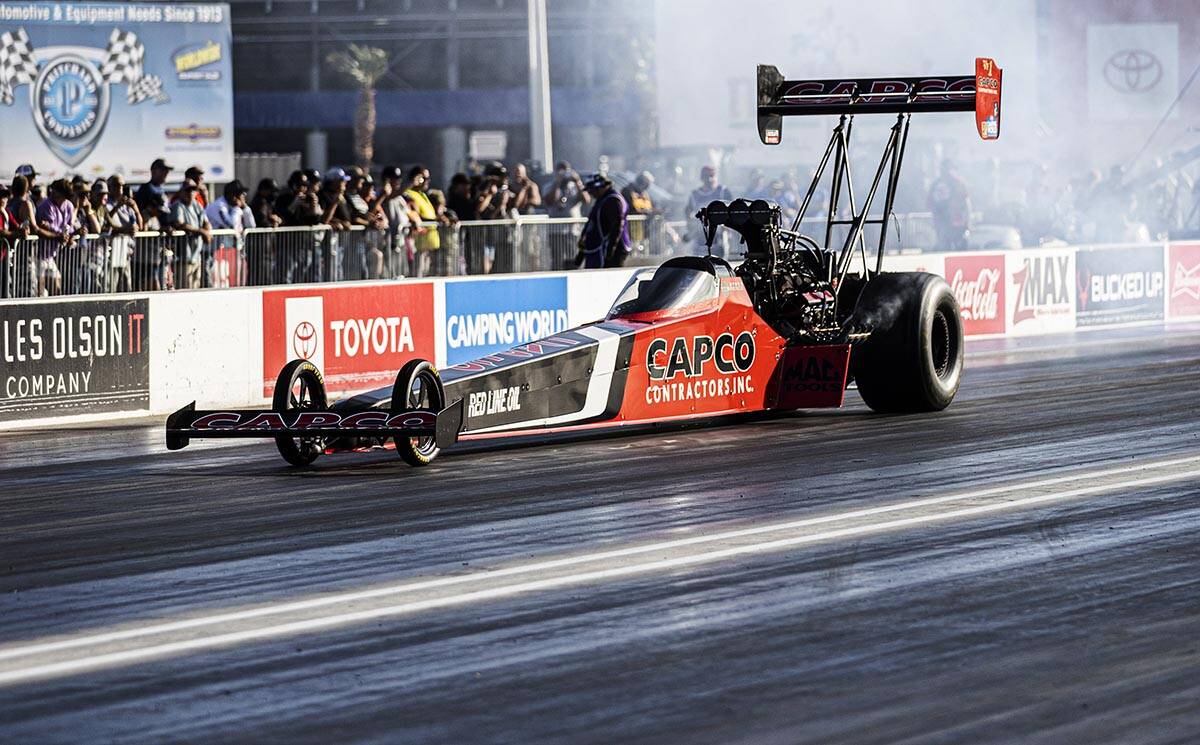 It was the 1,000th event in professional drag racing history, and before Sunday’s Dodge//SRT NHRA Nationals elimination runs at Las Vegas Motor Speedway there seemed to be at least that many Funny Car championship point scenarios.

But when three of the title contenders lost in the first round, it opened a door that Ron Capps and Cruz Pedregon wasted little time driving through.

Capps, who began the weekend with a one-point edge over Matt Hagan in the championship battle but trailed Hagan, the three-time champion, by three points at the start of the day, lost in the finals to upstart Pedregon. But with one race remaining, Capps now finds himself with an 85-point edge on Pedregon, his new closest pursuer.

“We’re just gonna try to keep going,” Capps said before both he and Pedregon broke down in the finals. Pedregon coasted across the finish line to win with a 4.27-second run at a pedestrian 225.03 mph.

The victory vaulted Pedregon into the Countdown for the Championship storylines after Hagan, 16-time champion and 72-year-old John Force and JR Todd were eliminated in the Round of 16.

“When I woke up this morning, I didn’t know if we would get past a couple of rounds,” said Pedregon, the two-time Funny Car champion who drew within 83 points of 2016 title winner Capps heading into the series finale at Pomona, California, in two weeks.

That’s lot of points to overcome. But by winning at LVMS Sunday, Pedregon will at least have a fighting chance at the final race where round victories are worth 30 points instead of the usual 20.

“Pretty dim, to be honest with you,” he said in assessing his championship chances. “But (with bonus points at Pomona), this keeps it open-ended and we’re back in it.”

There will be even less drama when the Top Fuel cars hit the track in California. Steve Torrence (3.717 seconds at 329.50 mph) bested Mike Salinas in the final at LVMS, and challenger Britanny Force lost by a heartbeat to Salinas in the semifinals.

“Brittany going out in the semis was an opportunity we needed to capitalize on,” Torrence said after winning his 10th race of 2021 and stretching his lead on Force to 105 points as he closes in on his fourth consecutive Top Fuel crown. “Grubnic (Force’s crew chief, David) is hammering everybody right now, but we’re really good at focusing with what’s under our own awning.”

Force, who was the fastest qualifier for the 12th time this season, rocketed down the strip with a 3.682 pass at 330.39 mph in her semifinal showdown with Salinas but was beaten on reaction time (.058 to .027) off the starting line.

“It’s really frustrating; that was our shot to gain a round on (Torrence),” said Force, the 2017 Top Fuel champion. “I finally catch a good light and we can’t catch a break.” 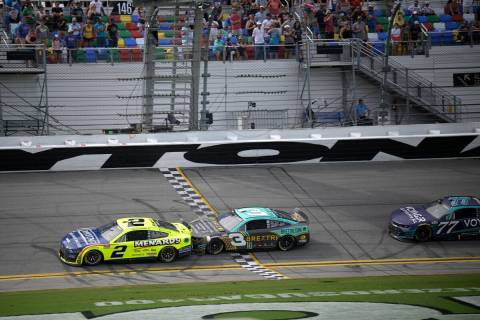 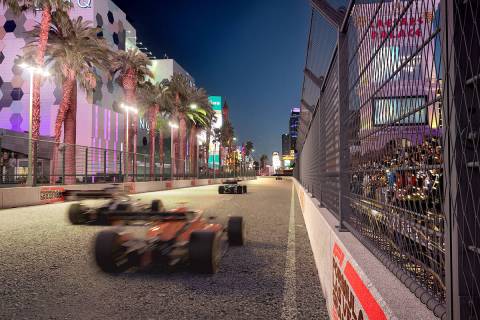 A website launched Monday giving fans the ability to get to the front of the line for tickets for the Formula One Las Vegas Grand Prix. 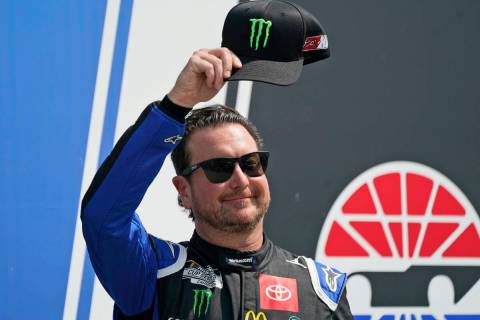 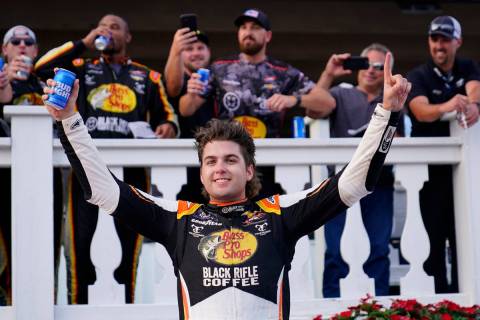