An undated photo of Tech Sgt. John Chapman, who died in serving in Afghanistan in 2002 and was posthumously awarded the Air Force Cross. NASCAR Sprint Cup driver Brendan Gaughan will honor Chapman with a special sticker in Sunday's Coca-Cola 600 at Concord, N.C. U.S. Air Force photo provided courtesy of NASCAR. 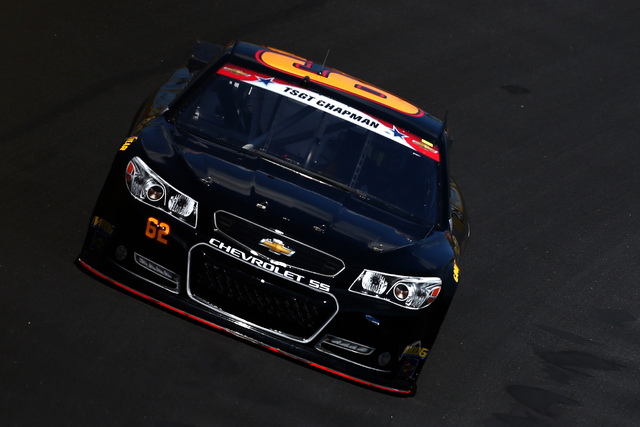 CHARLOTTE, NC - MAY 21: Brendan Gaughan, driver of the #62 Chevrolet, practices for the NASCAR Sprint Cup Series Coca-Cola 600 at Charlotte Motor Speedway on May 21, 2015 in Concord, North Carolina. (Photo by Sarah Crabill/NASCAR via Getty Images)

NASCAR Sprint Cup driver Brendan Gaughan will honor a soldier who sacrificed his life to save others with a special sticker on his No. 62 Chevrolet in Sunday’s Coca-Cola 6oo in Concord, N.C.

He was posthumously awarded the Air Force Cross in 2003. Chapman is one of only five men to have received that honor, second in stature to the Medal of Honor, since the Sept. 11, 2001, terrorist attacks.