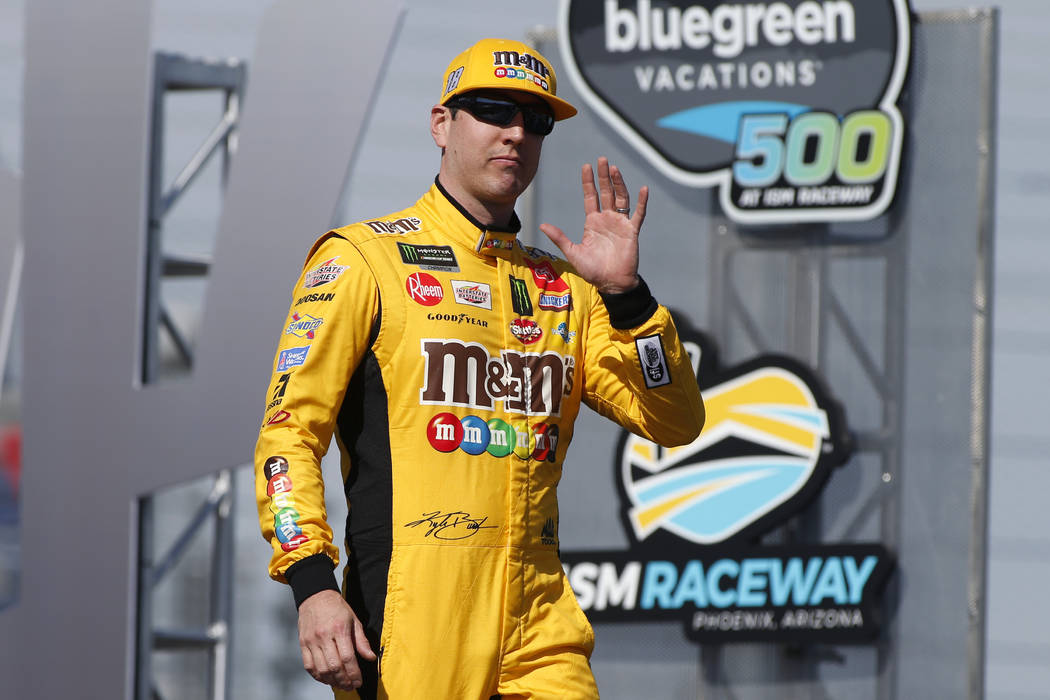 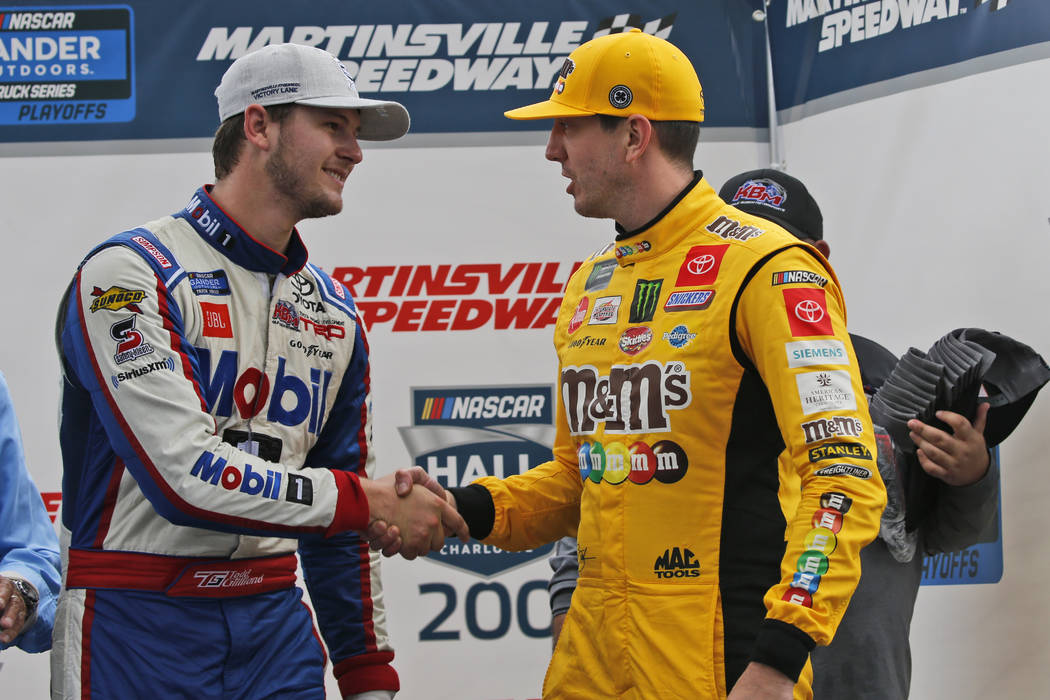 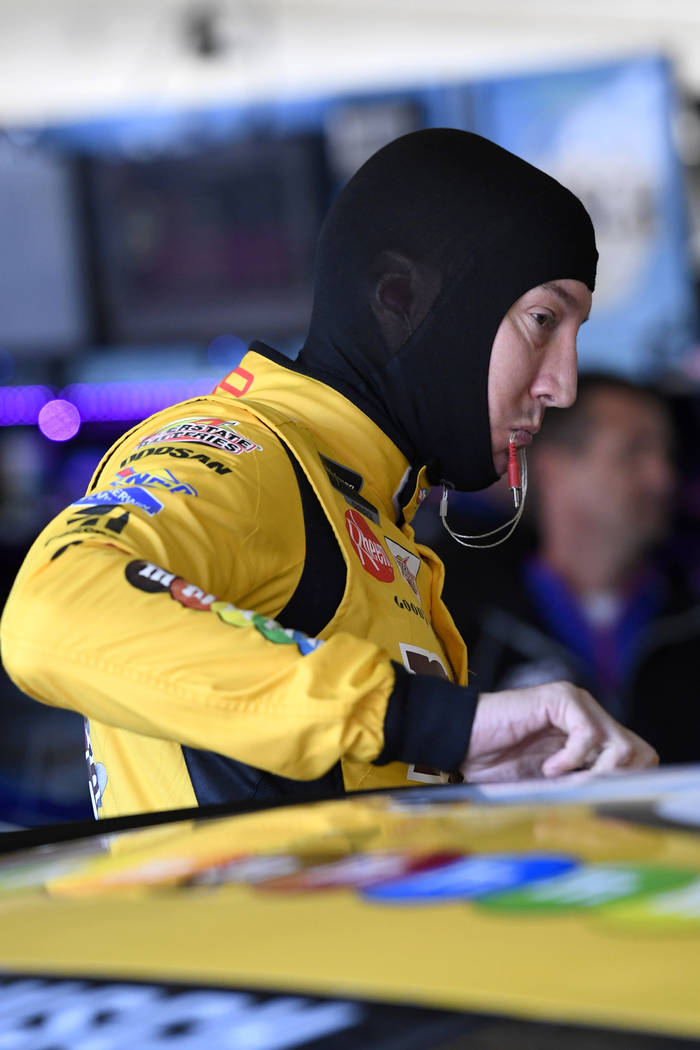 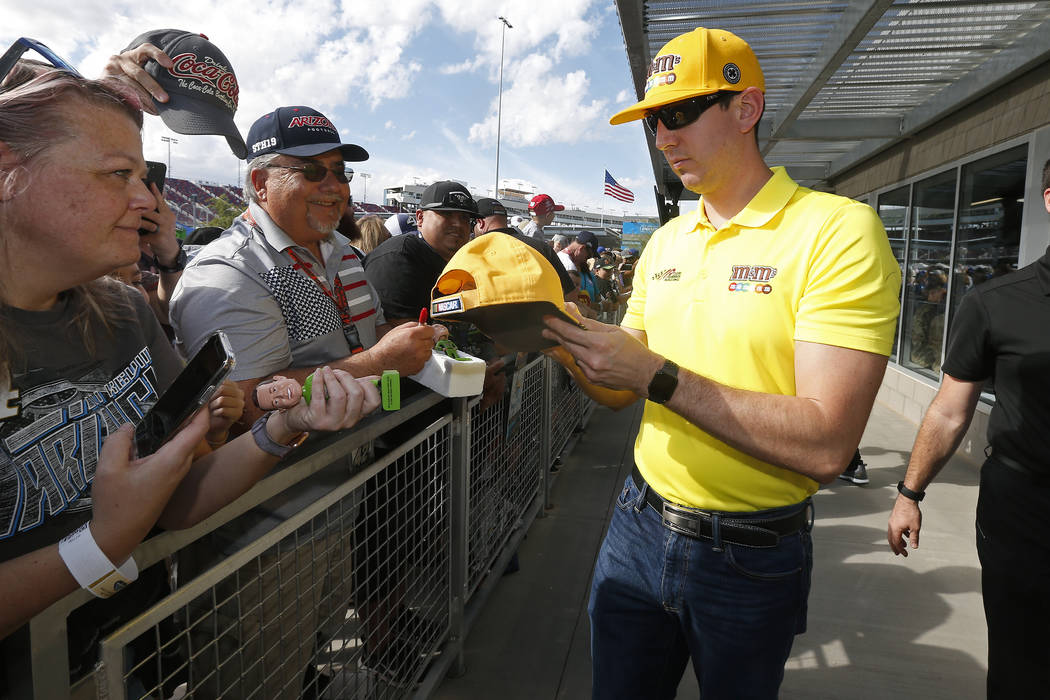 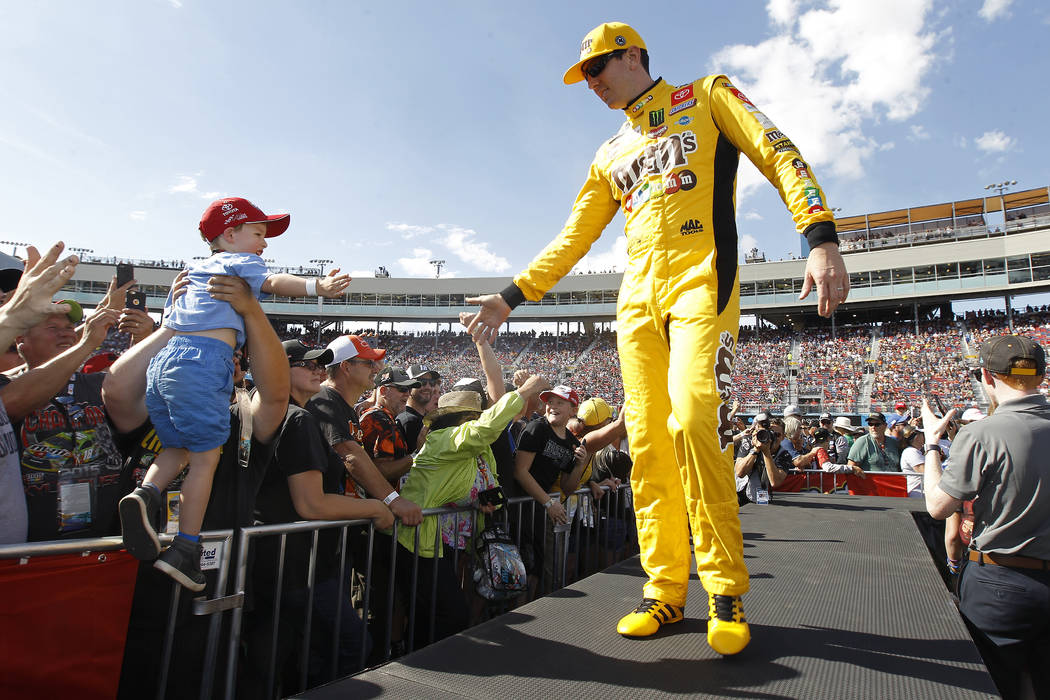 There’s nothing in the NASCAR rulebook saying a driver must win the season finale at Homestead-Miami Speedway to win the championship.

That’s just the way it has worked out since NASCAR revised its playoff structure, allowing only four drivers to compete for the title in a race within a race.

“I don’t know that anybody expected the champion to have to win the race each season — but that’s been what it takes,” Dale Earnhardt Jr. said on a conference call this week. “It’s a race you have to win to be the champion.”

That may not portend well for Kyle Busch.

The 34-year-old from Las Vegas will join Joe Gibbs Racing teammates Martin Truex Jr. and Denny Hamlin and Kevin Harvick of Stewart-Haas Racing in racing for the championship on Sunday.

After dominating the early season with four wins in the first 14 races, Busch has gone 21 races without a victory and has struggled during the first nine playoff races. His average finish (12.11) ranks last among the Championship 4.

“Yeah, thanks for the reminder,” he said after finishing a distant second to Hamlin at Phoenix last week and holding off defending series champion Joey Logano for the final spot in the championship.

It was the latest in a series of terse post-race interviews for the mercurial 2015 champion, who nonetheless realizes he has been presented an excellent chance to earn his second series title and cement his position among stock car racing’s greatest drivers.

But for that to happen in the final go-round, he’ll have to find the speed he has been lacking since June.

“It’s obviously a great opportunity (but) it doesn’t mean a whole lot to make it to the Championship 4 if you don’t win it,” said Busch, who still ranks second to Truex Jr. in laps led this season.

Can he get it done in Florida as the underdog?

It seems strange to even be asking that question, said the former driving aces who will be in the broadcast booth calling the championship race for NBC.

A devastating leg injury to start the season could not stop @KyleBusch's relentless pursuit of a championship in 2015. #Championship4 pic.twitter.com/Bvalq4hsg9

Dale Earnhardt Jr: “I think it might mean the most to Kyle Busch because of all the success he had before he won his first championship. He’s often considered one of the best drivers that’s ever came into the sport. Since 2007, 2008, he has been one of the best if not the best oftentimes. He only has that one title.

“He probably feels like he’s should have had five by now with all the success he’s had winning races, whether it’s in the trucks, Xfinity or Cup. He’s just been this dominant figure in our sport.

“I think he really wants that second title, if not more titles, to sort of back up the idea that he might be the GOAT (Greatest of All Time). I’m sure it means a lot to all those guys, but I think it stands out for Kyle a little bit.”

Jeff Burton: “I can’t quite figure out where Kyle is. I know he was disappointed with second (at Phoenix). I think that came from the fact that at one point his teammate (Hamlin) was half a lap in front of him under green. Kyle is not accustomed to that.

“His frustrations this summer, this fall — I think it has been they have not had the speed that their teammates have had. I don’t think he goes down there questioning himself; he questions can we go as fast as our teammates (and) Kevin Harvick? That’s his biggest concern.

Dale Jarrett: “For the last few months, it’s something that has been a distraction to the driver and to the team. Can they rebound from that? Can they put everything aside for one weekend and do everything right?

“I find it hard to believe, mainly because what Jeff has talked about there — they haven’t had the speed as their teammates, much less throwing Kevin Harvick in the mix.

“That’s going to be the most interesting part of the weekend: to see how they run Friday afternoon, are they going to have that speed that’s going to be necessary, and can Kyle stay focused through the entire weekend?”

Kyle Petty: “Kyle has been fantastic on NASCAR America MotorMouths. He’s honest, straightforward. He tells you what he thinks. The other day we had a caller, and the guy said, ‘Hey, Truex has been doing this; Denny has been doing that — Kyle just butted in and said, ‘Basically you want to know why the 18 (his car number) sucks.’

“He said we are just a little off on our speed, on our setups. That’s the most frustrating thing. To be a lot off, that’s easy. You can point yourself in a thousand different directions. When you’re a little (off) here, a little there, a little over in pit stops or whatever, the next thing you know you’re running second to a teammate by half a lap like we saw on Sunday. It’s hard to look through the data, hard to figure out where that’s at.

“We know if Kyle wins, it’s happy Kyle. If Kyle doesn’t win, it’s not happy Kyle. That’s the way it is. But that’s no different heading into Homestead in 2019 than it was the very first time he sat in a Legends car in Las Vegas when he was a kid.

“He’s never changed. You’ve got to respect that.”