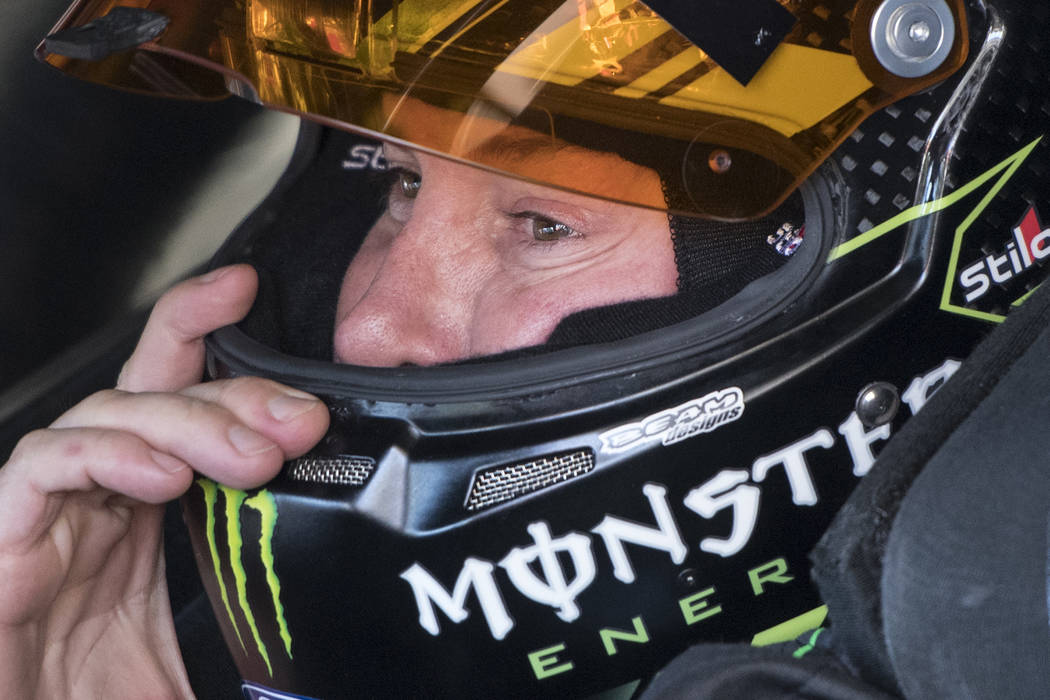 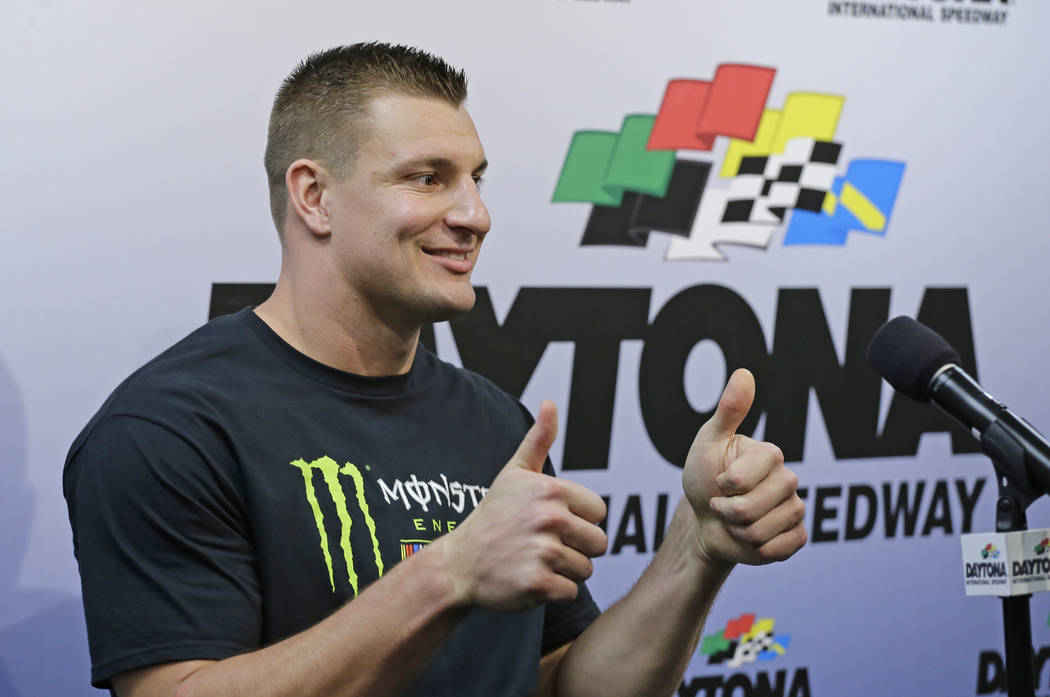 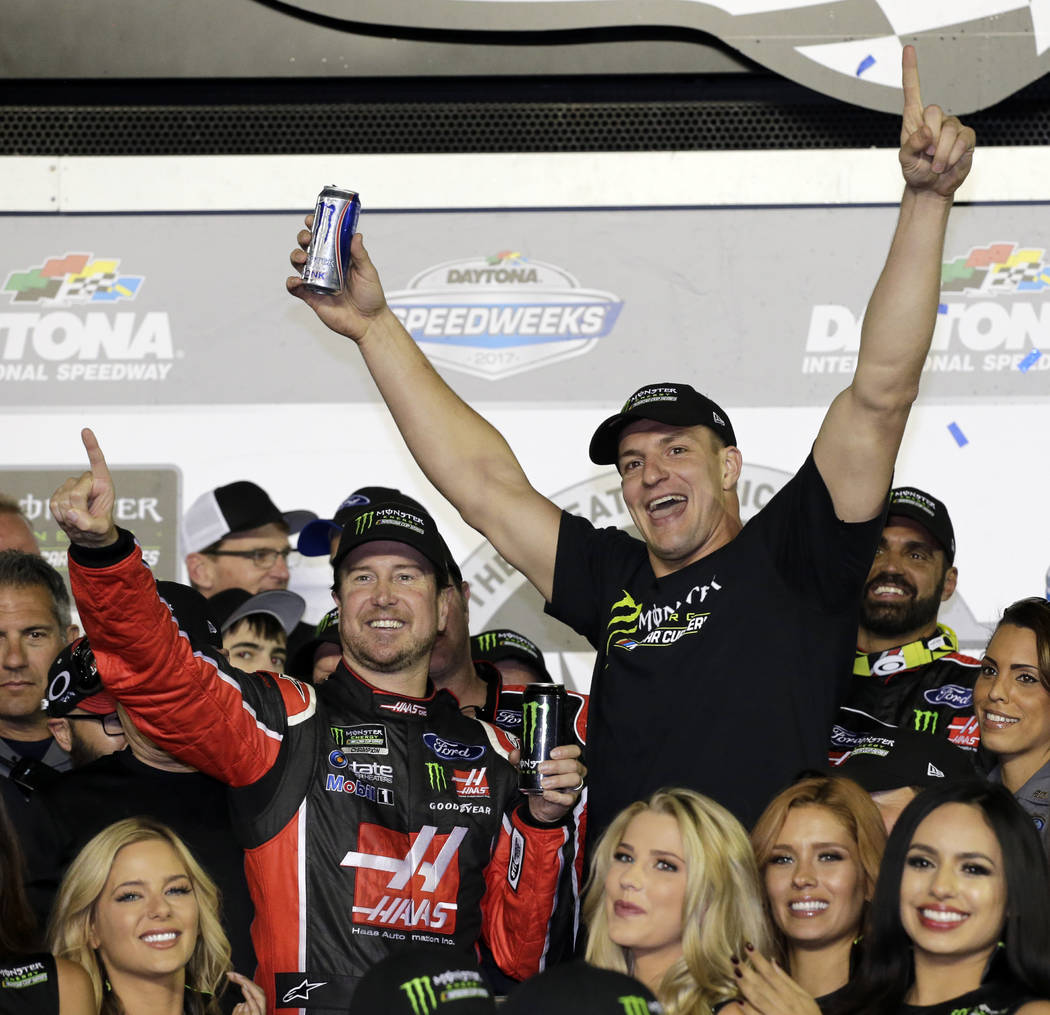 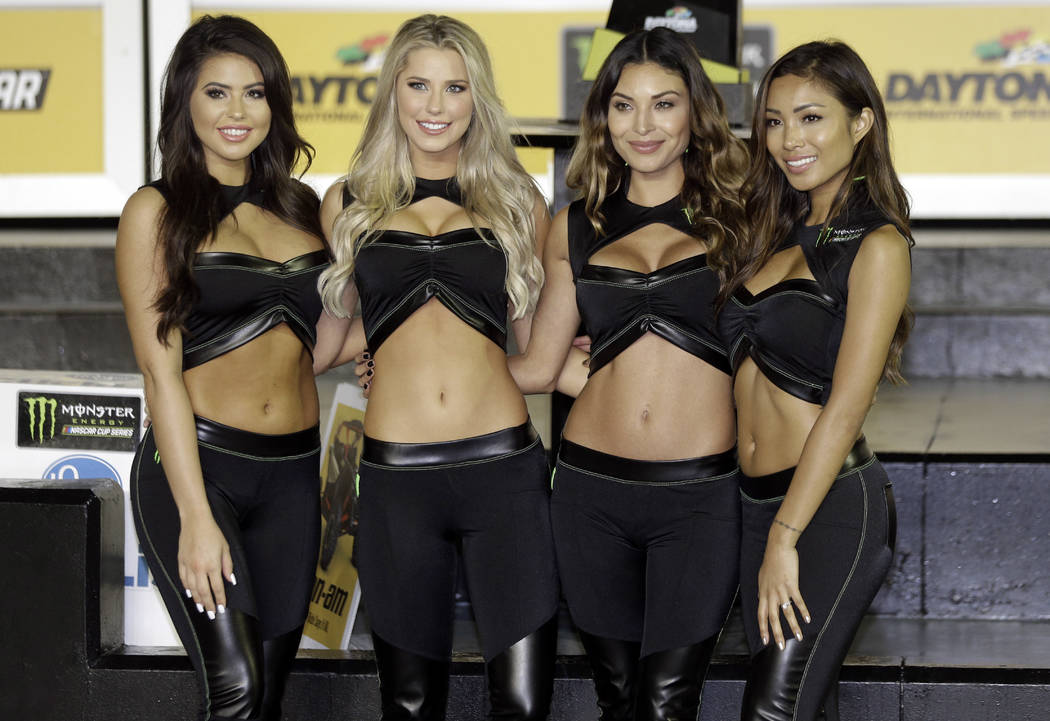 With Kurt Busch having driven to a long-awaited victory in the Daytona 500 while flying the corporate colors of NASCAR’s new title sponsor, it already has been a banner year for Monster Energy.

And in a smaller yet noticeable way, it hasn’t.

“Who would have thought Kurt Busch, our sponsored NASCAR driver, would drive to his first win in the Daytona 500, at our first entitlement race?” said Monster Energy dude Mitch Covington, who also answers to vice president of sports marketing.

There was Busch in Victory Lane, and four hours earlier there was Gronk on the starting grid. A chunk of the televised prerace coverage focused on New England Patriots tight end Rob Gronkowski and his new pals, the Monster Energy girls, and their lug-nut tight uniforms.

But where were the banners identifying Monster Energy as the Cup Series’ new title sponsor?

“(Signage) is not a big deal with us,” the Monster Energy dude said. “We do our marketing through integrating our (sponsored) athletes.”

That explains Gronk on the starting grid.

“We choose to show our presence in a different way.”

That explains the outfits of the Monster Energy girls, which showed too much presence for some stock car fans.

Those offended should check the winner’s circle, circa 1973 or 1974, said Mitch Covington, the Monster Energy Dude.

“In NASCAR, you go back to Miss Winston, or Linda Vaughn, Miss Hurst Shifter — they go hand in hand with racing. Models and girls are part of our marketing plan. We want them to play a role.

“We’ve gotten a lot of positive feedback from NASCAR so far.”

A list of where and when you might share a fist bump or collect an autograph from a favorite driver (or crew chief) during NASCAR Weekend in Las Vegas.

(Note: If you aren’t successful in bumping Brendan Gaughan’s fist, you simply are not trying very hard. He’s going to be everywhere, at all times.)