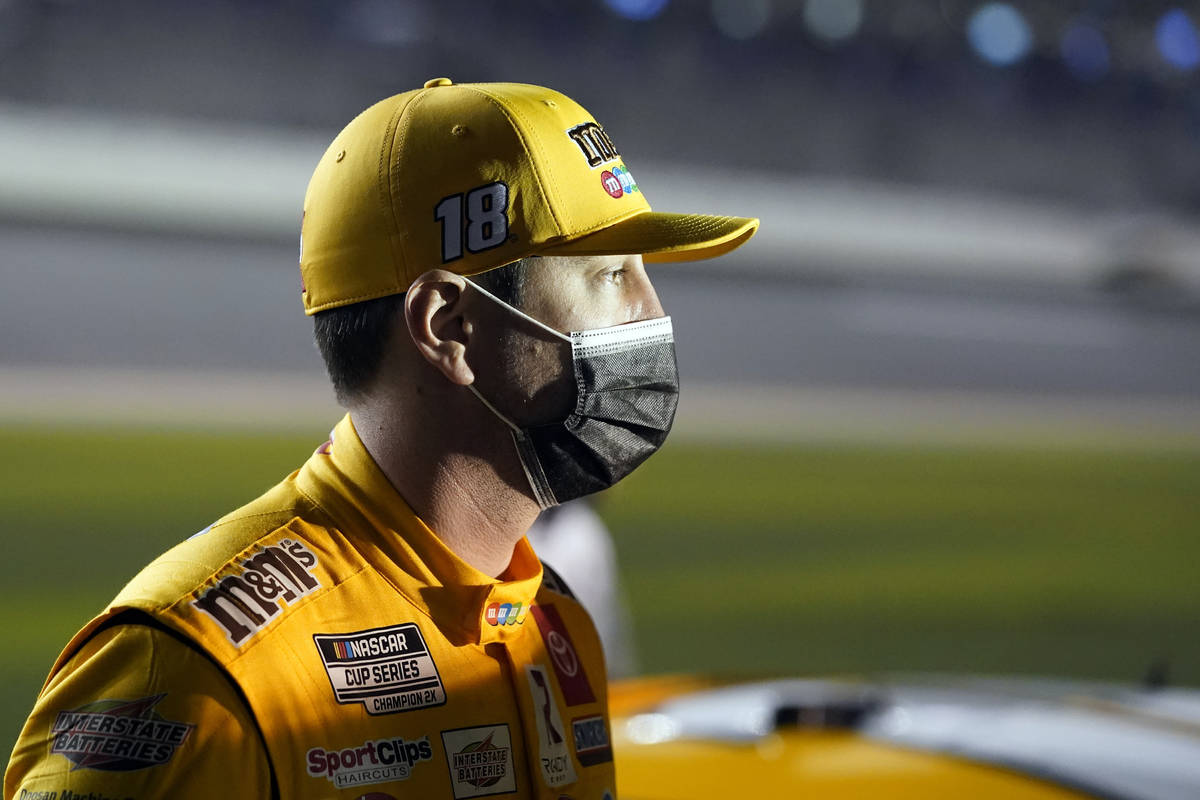 How did you do that, Dad?

There is a charming Instagram video making the rounds that shows NASCAR star Kyle Busch of Las Vegas and his 5-year-old son, Brexton, discussing a photo in which dad’s car appears to be careening out of control during the 2012 Clash at Daytona.

“Do you think I’m crashing?” Pops asks his little guy. “I saved it. And then guess what happened — I won.”

“How did you save it?” Brexton asks in wonderment.

“Because I’m a badass,” Dad says, eliciting a hearty chuckle from his little boy.

Busch will be seeking his second victory on his hometown track in Sunday’s Pennzoil 400 presented by Jiffy Lube at Las Vegas Motor Speedway. On Friday night, he finished second to understudy John Hunter Nemecheck in a Truck Series race at LVMS.

After starting 27th, Busch quickly drove to the front and won the race second stage. He suffered a flat tire and spin with 44 laps to go and fell to 30th place. But aided by a couple of crashes that brought out yellow flags, the two-time Cup Series quickly drove back to the front again and was running .686 seconds behind Nemechek when the checkered flag fell.

As Busch might have put it to his little boy, it was pretty badass.