SPARTA, Ky. — Kurt Busch did everything possible to get the upper hand on his little brother in a door-to-door overtime battle at Kentucky Speedway.

Busch was the victor in a Saturday night showdown between the brothers that gave him his first victory with Chip Ganassi Racing and a spot in the playoffs.

Kyle Busch settled for second after a dramatic ending in which the brothers banged their cars and both nearly lost control as they hurtled toward the checkered flag.

“I’m glad it was a thriller, just unfortunately we were on the wrong end of the deal,” Kyle Busch said. “It’s obviously cool to put on great races and great finishes, and been a part of a lot of them … none with my brother like that, so that was a first.

“You know, no hard feelings, and we move on.”

The showdown came a week after Kurt Busch lost at Daytona because he pitted from the lead moments before weather stopped the race. That pit call haunted Busch and his crew chief all week, but a late call for four tires gave the No. 1 team a shot at redemption.

Joey Logano had the victory in hand until a spin by Bubba Wallace with six laps remaining sent the race into overtime.

Logano and Kyle Busch lined up side-by-side on the restart for what was expected to be a race for the victory, but both Erik Jones and Kurt Busch shoved their cars into the mix for an intense final two laps. Kurt Busch and Kyle Busch touched as they raced for the lead, both cars wiggled, and it appeared Kurt Busch was headed into the wall.

But he recovered to squeeze past his brother right before the checkered flag.

“He could have clobbered us against the wall, and third place probably would have got it,” Kurt Busch said of the contact with Kyle Busch. “What an awesome run.”

The Busch Brothers finished 1-2, but it was the first win of the year for Kurt Busch and his new Ganassi team. Team owner Chip Ganassi called into victory lane from Toronto, where he’s with his IndyCar team.

The victory is the third straight of the season for Chevrolet and first in nine races at Kentucky. It ended a two-race Kentucky winning streak for Martin Truex Jr. and Toyota

Jones was third in a Toyota and Ganassi driver Kyle Larson was fourth. Denny Hamlin was fifth as JGR had three cars in the top five.

The finish was fitting considering the first two stages belonged to the Busch brothers. Kurt won the first 80-lap segment while Kyle Busch won the second.

In the end, Kurt Busch claimed the most important stage and bragging rights with a dogged run on the top side to spark a wild celebration and burnout on the frontstretch. His Ganassi crew, maligned all week for the horrible Daytona pit call, rushed to greet him and he dove into their arms. The crew then rode on his Chevrolet to victory lane, one lone member waving the checkered flag.

Suarez led 52 laps and finished a rollercoaster night on an up note. A bad pit call for four tires dropped him to 14th and he was later penalized for speeding on pit road. 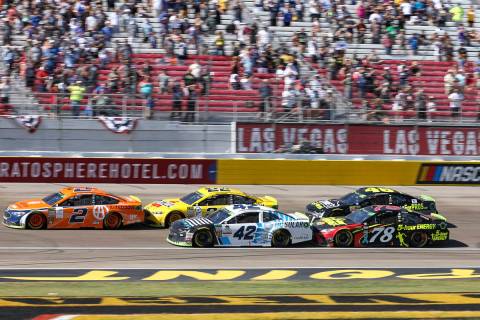 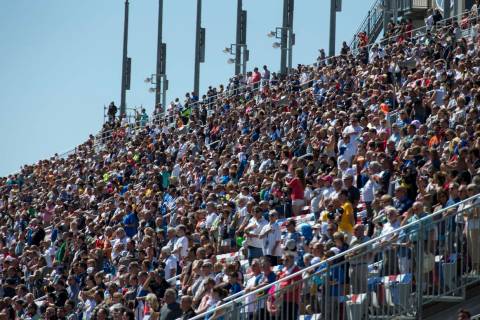 Speedway posts Twitter message updating fans as it waits to hear from local and state authorities regarding a decision on spectators. 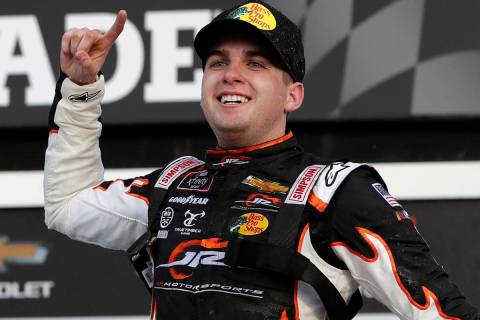 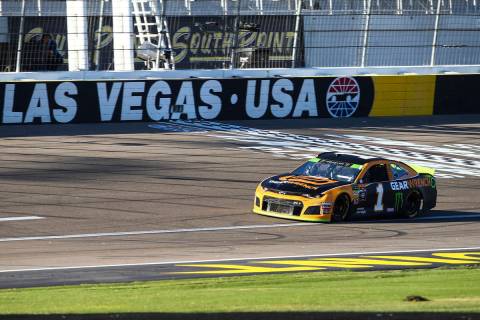 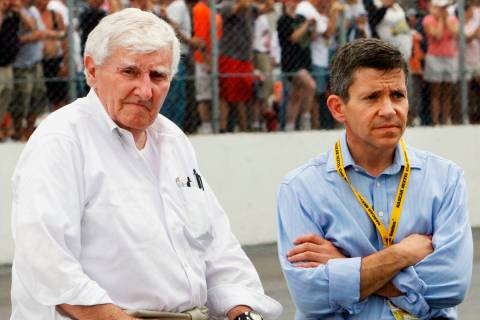 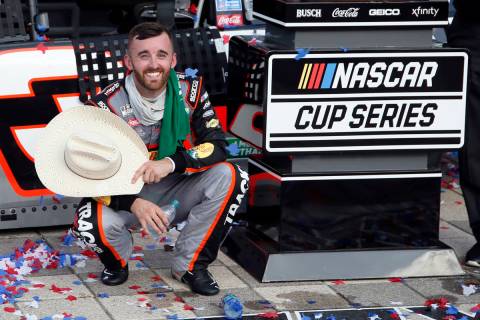 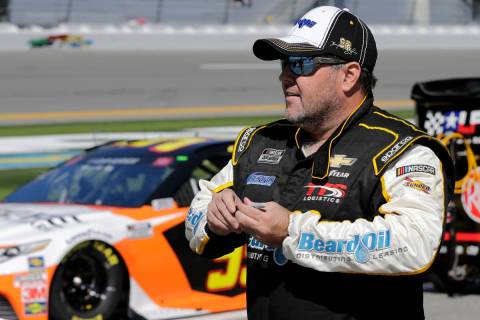