RICHMOND, Va. — Kyle Busch raced to his third straight victory, celebrated, and then got yelled at by his boss.

Joe Gibbs, it seems, hadn’t seen Busch climb into the crowd to acknowledge what appeared to be friendly fan.

For Busch, though, it seemed appropriate, coming at the end of a week marked by ample discussion of his dustup with Dale Earnhardt Jr. at Richmond a decade earlier. That race, many believe, is what cemented Busch’s reputation as NASCAR’s newest on-track villian.

“It was the 10-year anniversary of you know what,” Busch explained, and he could see fans wearing his gear.

On the track, Busch pulled away on a restart in a two-lap overtime sprint to the finish in NASCAR’s Cup Series.

Busch, who started 32nd but quickly worked his way into contention, outran Chase Elliott and teammate Denny Hamlin for his fifth career victory at Richmond Raceway, the most among active drivers. The victory is his 46th overall and came from the deepest starting spot in the field of his career. It also is the deepest starting position for a winner at Richmond, surpassing Clint Bowyer, who started 31st in 2008.

“Pats on the back, everybody,” Busch said on his radio after taking the checkered flag.

The race went more than 350 laps with the only cautions coming after stages one and two, both won by defending race champion Joey Logano, who finished fourth. It remained clean until Ryan Blaney and Ricky Stenhouse Jr. crashed on Lap 353, bringing out the first on-track yellow.

Busch took the lead after the next caution, brought out by the smoking car of Ryan Newman, when he was running second to Truex heading onto pit road and got out first. He also beat Hamlin and Harvick off the line on a restart with six to go, and then never let anyone contend when the race went back to green for the final time on lap 400.

‘The pit crew tonight, they won this race for us,” Busch said. “They got us off pit road first those last two times and got us where we needed to be.”

The three-race winning streak is the second of his career. The first came in 2015, when he won his only championship.

“I don’t know if you can shoot for four in a row,” he said. “It’s hard to go to Tallagega with the much of a winning streak and think that you can get to Victory Lane.”

The end was a bitter pill for Truex, who ran up front all night. He and Busch were dueling after a restart with 23 laps to go, and after Busch pulled away, Truex seemed to be closing ground until a spin by David Ragan brought out the yellow.

All the front-runners pitted, and while Truex’s team struggled mightily in the No. 1 pit stall, Truex could only watch as contender after contender beat him off pit road. He lost at least seven spots by the time NASCAR had sorted out the next restart starting order.

It marked the 75th time he has raced on a short track in NASCAR’s premier series, and perhaps the best chance he’s had in those 17 chances to come away with a victory, but instead he dropped to 0-for-75 on short tracks for his career.

But he rallied in qualifying, earning the fourth starting spot, and rallied again in the race for the third place finish.

“I mean, probably would have taken it after yesterday,” Hamlin said of the finish. “But we got close there. We just got better as the race went on. We were 13th, 15th, something like that in the first half of the race. Just weren’t very strong. We just made some really good adjustments that got us rolling towards the front, especially on long runs. We got to the top five, then we had some pit stops there.”

WHERE’D HE COME FROM?: Seven-time series champion Jimmie Johnson was a non-factor all night, starting 17th and not moving forward at all until caution flags started flying for on-track incidents. Then, he steadily improved his position, finishing a remarkable sixth.

“We’re taking steps forward,” said Johnson, who remains winless and is just 15th in the points standings after one-fourth of the schedule has been completed. Laughing, he added: “I’d love to take a jump forward, but we’re definitely taking steps forward.”

The son of Bill Elliott ran outside the top 10 for much of the night, so he wasn’t complaining about this finish.

“Yeah, just very fortunate circumstances there at the end for us with the way the restarts went,” Elliott said. “Having a short run there at the end was definitely in our favor, so it was nice to be on the good end of things for the first time in a while.”

THEY SAID IT: “I think it’s easier to win the Powerball than to win at Talladega.” — Kyle Busch.

UP NEXT: The series heads from consecutive short tracks to the longest, 2.66-mile Talladega in Alabama. 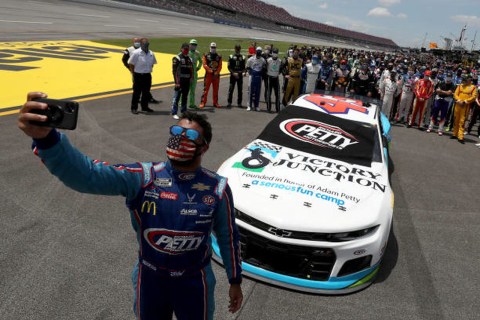 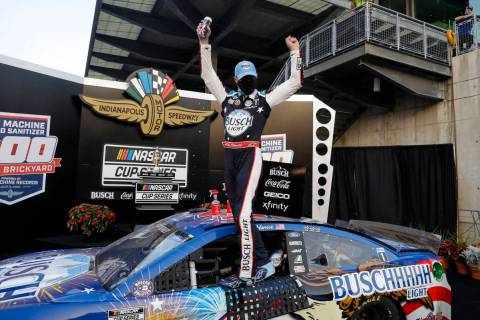 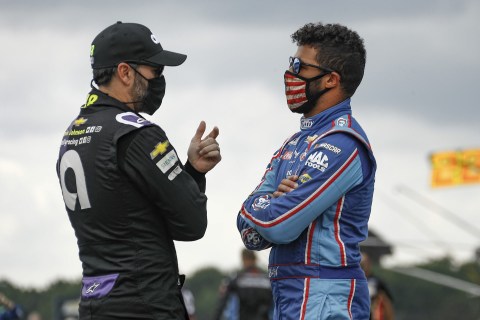 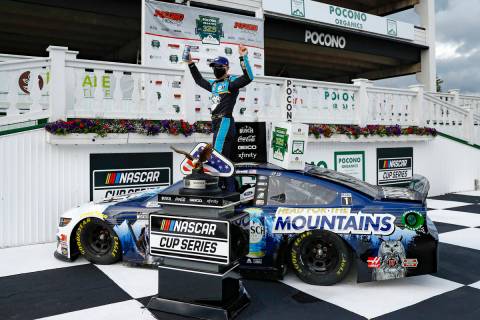 Kevin Harvick won the first of two NASCAR Cup races this weekend at Pocono and will start 20th on Sunday with the field set by inverting the lead-lap finishers. 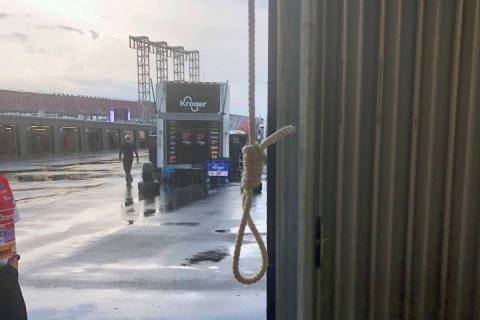 Declaring “the noose was real,” NASCAR officials on Thursday released a photo of the rope found in the garage stall of Black driver Bubba Wallace on Sunday. 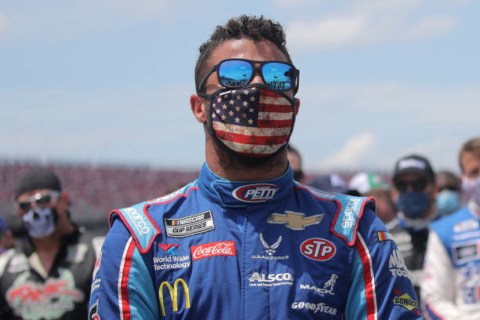 Investigators: Noose found at Talladega there since at least October
By Jenna Fryer The Associated Press

A crew member for Richard Petty Motorsports discovered the noose Sunday at the Alabama race track. 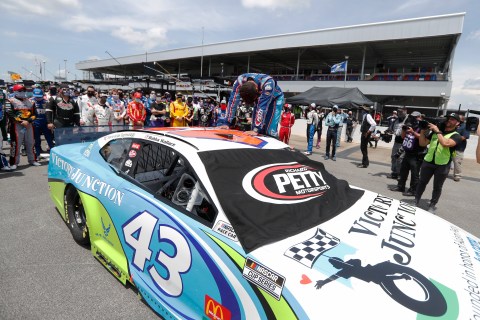 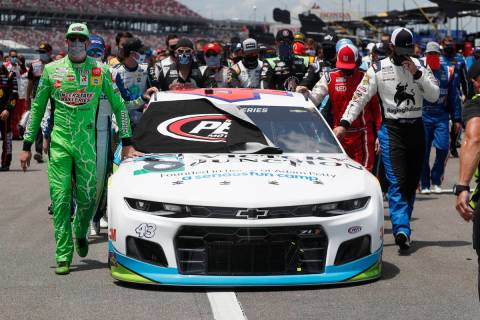 In an extraordinary act of solidarity with NASCAR’s only Black driver, dozens of drivers pushed the car belonging to Bubba Wallace to the front of the field before Monday’s race. 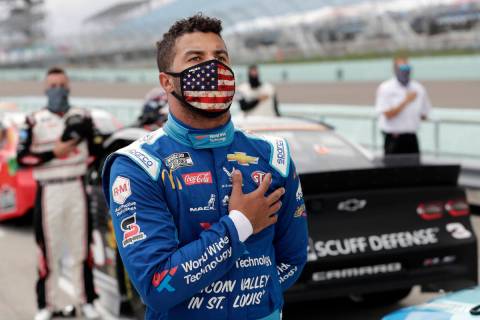 Federal authorities on Monday confirmed they are investigating the discovery of a noose found in the Talladega Superspeedway garage stall of Bubba Wallace on Sunday.