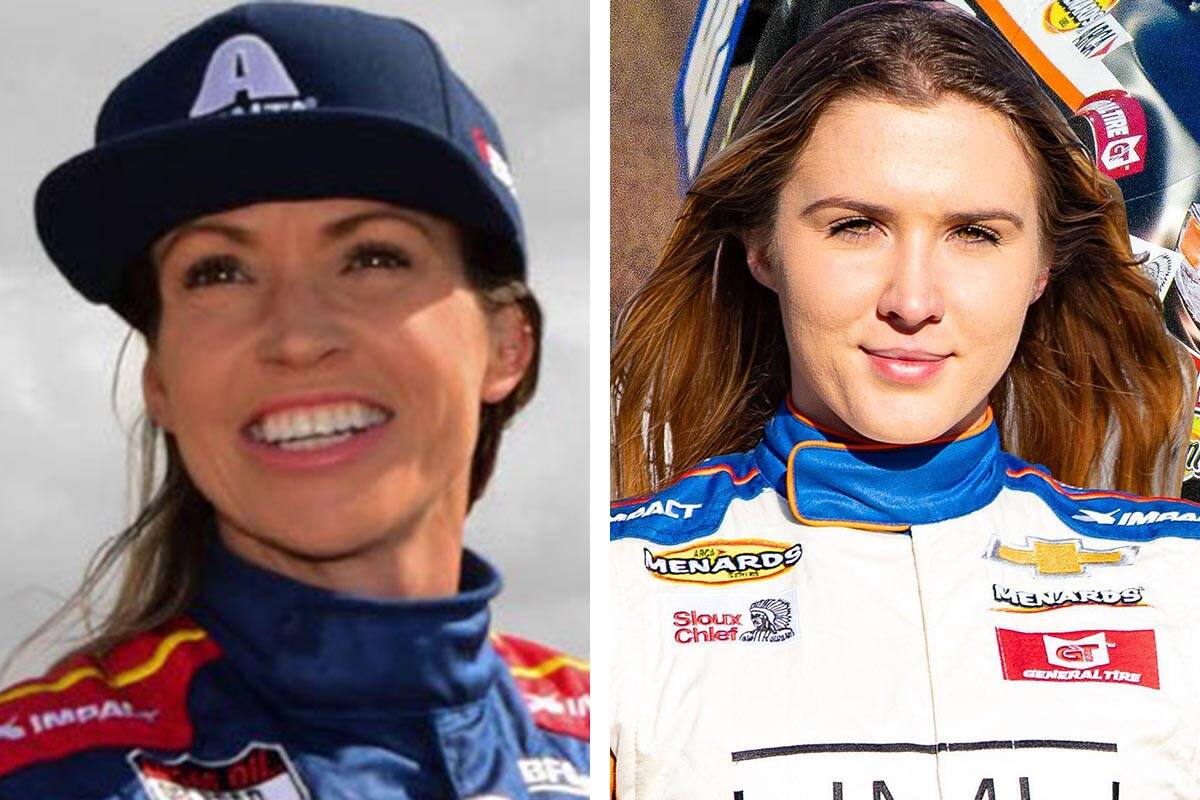 Sarah Burgess, left, and her daughter, Bridget, are scheduled to compete in the Star Nursery 150 at the LVMS Bullring on Friday, Oct. 14, 2022. (Photos provided)

With the NASCAR truck series not competing as part of a tripleheader this year, it’ll be up to the ARCA Menards Series West drivers to entertain early arriving fans on Friday night of South Point 400 weekend at Las Vegas Motor Speedway.

As a bonus, those who attend the Star Nursery 150 at the LVMS Bullring will witness history.

Barring an unforeseen occurrence between now and when the green flag falls at 7:15 p.m., the field will include Sarah Burgess and her daughter, Bridget. It will be the first time in NASCAR and ARCA history that a mother and daughter have raced against each other in a touring series event.

“A lot of work has gone into this moment, and it’s surreal to know that Bridget and I will both behind the wheel on the same track in a matter of weeks,” Sarah Burgess said when the idea was revealed.

Australian-born Bridget Burgess finished seventh in an ARCA event at the Bullring in 2020 and equaled her career-best result at Portland International Raceway in March. She has nine top-10 finishes in 29 career ARCA Menards West starts.

The ARCA race also will have a local angle as brothers Tanner and Tyler Reif of Henderson are entered. Tanner, 17, already has won twice in his rookie season while younger brother Tanner, 16, will be making his Menards Series West debut on his hometown track.

It was reported Wednesday that NASCAR will pay for forthcoming safety enhancements on the controversial Next Gen car after drivers Kurt Busch of Las Vegas and Alex Bowman, winner of spring’s Pennzoil 400 at LVMS, were eliminated from the playoffs after suffering concussions in relatively light rear-end crashes.

The development should come as welcome news to team owners as well as drivers. The race teams are also asking for a bigger split in NASCAR’s next media deal and have recently aired grievances to the media about the sport’s financial model being unsustainable.

Plenty of good seats are still available for Sunday’s South Point 400, starting at $80 on the LVMS website, with children 12-under admitted for $10 with a paying adult.