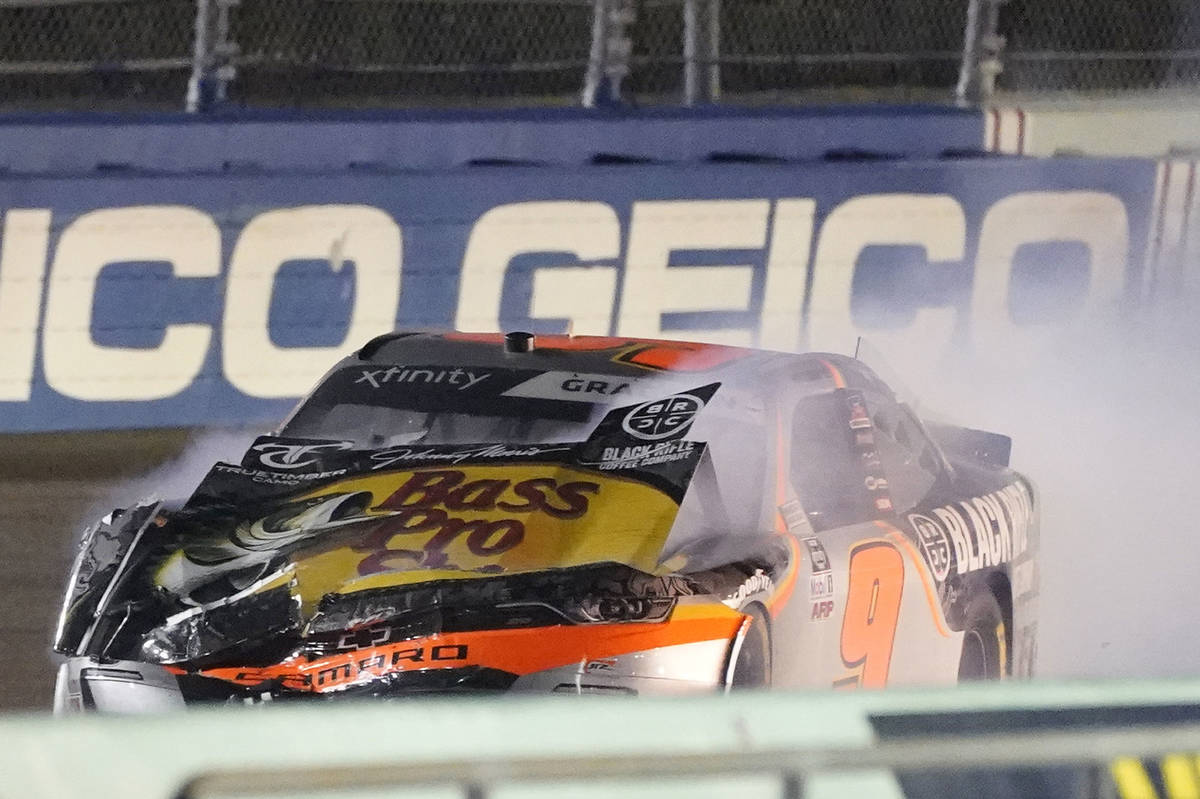 Race leader Noah Gragson (9) limps along the track after having made contact with David Starr with two laps to go in a NASCAR Xfinity Series auto race, Saturday, Feb. 27, 2021, in Homestead, Fla. (AP Photo/Wilfredo Lee) 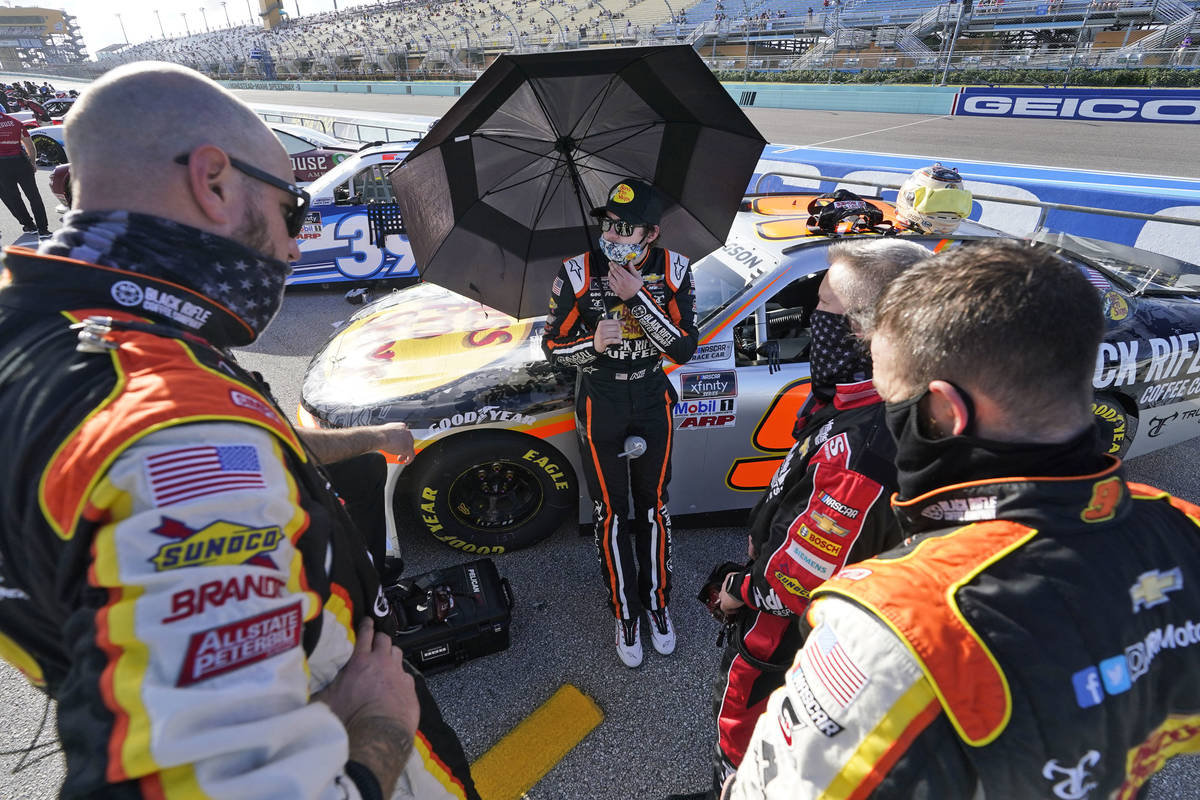 Gragson was leading by more than eight seconds and appeared to be cruising to the third win of his Xfinity career when David Starr appeared to have a tire go down directly in front of him. Starr brushed the wall, and Gragson slammed into him just two laps before the scheduled checkered flag.

After being released from the infield care center, Gragson expressed frustration during a TV interview.

“What are you going to do, you got (dumb drivers) in the way every single week,” he said after suffering similar misfortune in the first two Xfinity races of the season as well as in his Daytona 500 qualifying race. “It’s a shame we dominated the last three races, including this race, and then we’ve had stuff happen like that.”

Two weeks ago, Gragson was headed for his first Daytona 500 start when he was collected in a crash during his qualifying race.

After he crashed out Saturday, Myatt Snider claimed his first Xfinity victory in NASCAR overtime, leaving Gragson shaking his head after having another apparent victory snatched away.

“I think I’ll get a cup of Black Rifle coffee and go look at the fish in the fish tank at Bass Pro Shops,” he said, alluding to his sponsors.

Heartbreak (again) for Noah Gragson at Homestead-Miami Speedway. He was leading with less than 10 laps to go. pic.twitter.com/WhnPTaLfWr