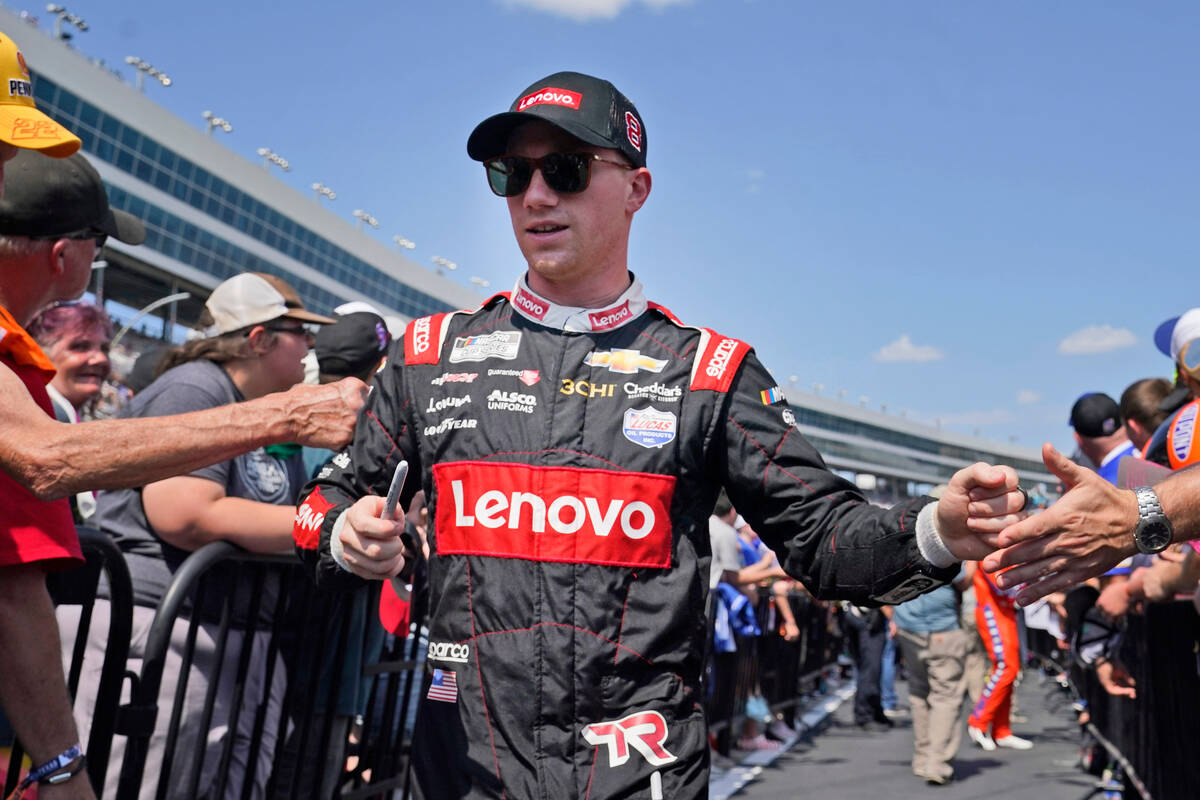 For a guy who was eliminated from championship contention after the first round of the NASCAR Cup Series playoffs, a Saturday at Las Vegas Motor Speedway turned into a lovely parting gift for Tyler Reddick.

It dawned with Las Vegas native son Kurt Busch announcing he would be retiring from full-time competition and that Reddick’s contract with Richard Childress Racing had been bought out. That will allow Reddick to slide behind the wheel as Busch’s replacement at 23XI Racing a year ahead of schedule.

Then he went out and turned a qualifying lap at 184.603 mph to put his RCR No. 8 Chevrolet on the pole for Sunday’s South Point 400 playoff race.

“It’s awesome,” said the two-time 2022 race winner after earning the right to lead the 36-car field to the green flag Sunday. “I didn’t know it was going to be in the cards for us after how practice went. We really didn’t fire off great and had to make some pretty big adjustments on our car.”

As for the bigger news of the day, “I’m really excited about next year, getting an earlier start on that,” the 26-year-old Californian said about taking Busch’s place. “But there’s still enough races left this year that I am continuing to focus on doing everything I can for my team to run well well and do well.”

Austin Cindric will start outside of Reddick in the front row with championship-eligible drivers William Byron, Ryan Blaney and Joey Logano rounding out the top five qualifiers. Should a Round of 8 playoff driver win Sunday, he will be guaranteed a spot among the final four drivers who will race for the championship in Phoenix on Nov. 6.

Las Vegans Noah Gragson, reprising his role as substitute for the injured Alex Bowman, and Kyle Busch, still shooting for his second LVMS victory after nearly winning the Pennzoil 400 in March, will start in Row 9 from 17th and 18th place.

Reddick also had the quote of the day after he was asked about the threat of rain, and how it might force the Cup teams to make additional adjustments before Sunday’s race or on the fly during pit stops.

The cars will be using the same tire compound as at Kansas and Texas, where rising air pressures on a cooler track caused a rash of blowouts, crashes and other issues. But Reddick said he wasn’t all that worried about it.

“The only thing that’s going to stink about that is that I was really excited about going back to South Point and hanging out at the pool,” he said. “If it rains, that’s gonna ruin that. I guess that’s how it will affect my strategy the rest of the day.” 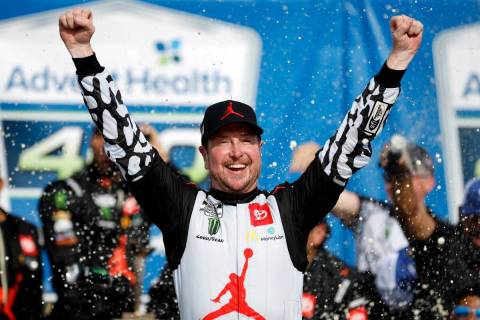 Kurt Busch, who hasn’t raced since suffering a concussion in a July crash, will address media at Las Vegas Motor Speedway on Saturday.