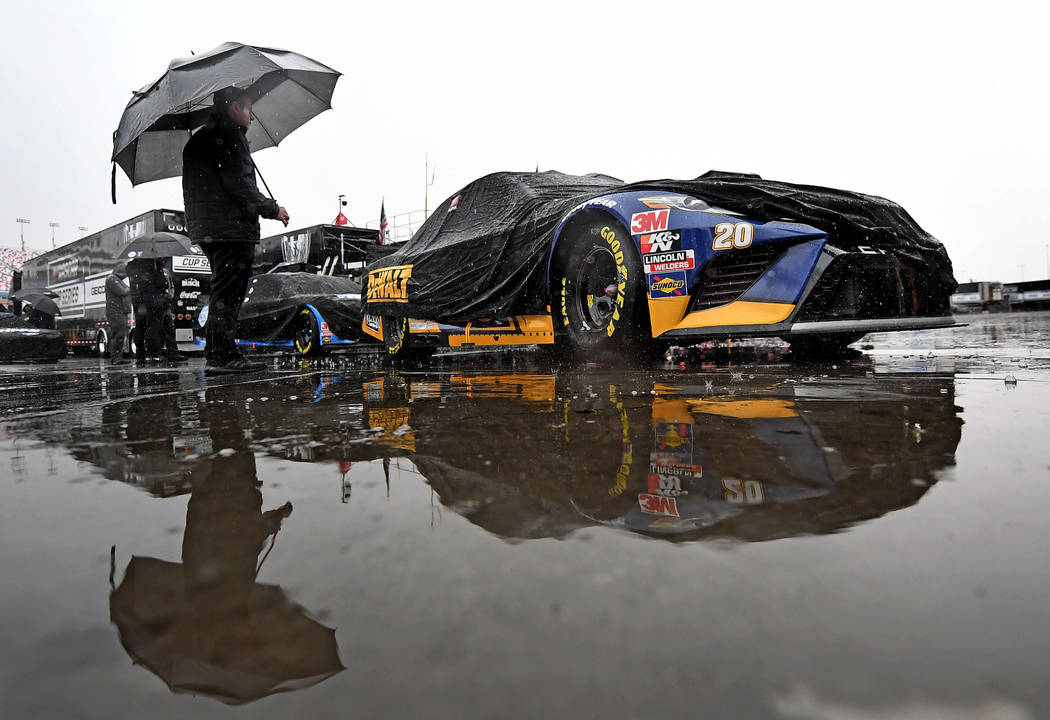 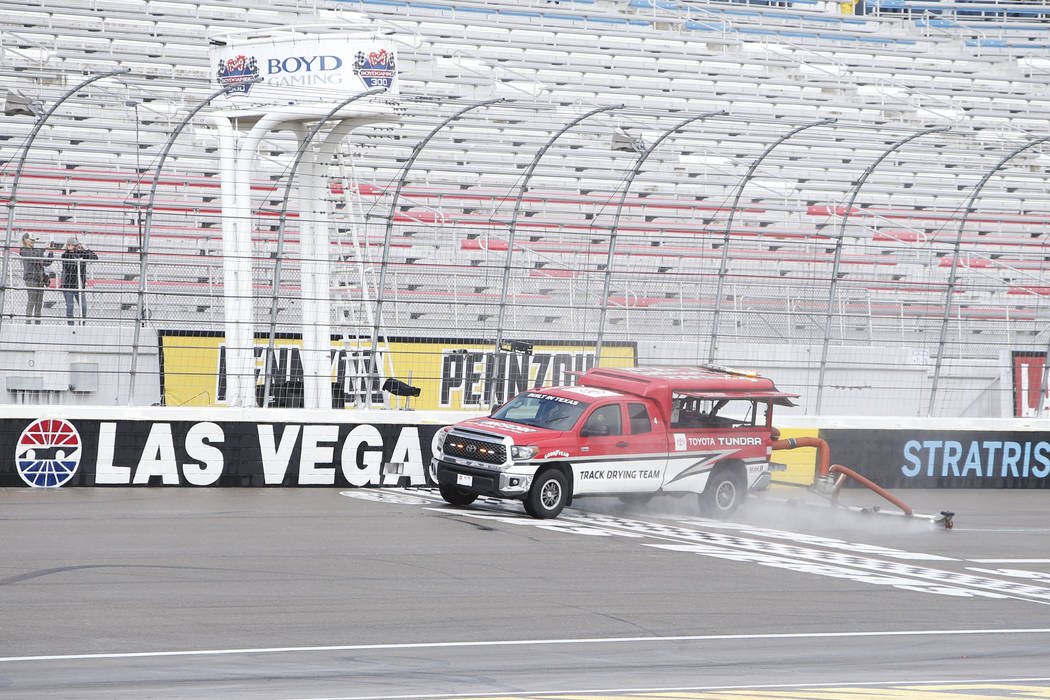 A jet dryer attempts to dry the track after a rain delay before the start of NASCAR Xfinity Series Boyd Gaming 300 on February 22, 2020, at Las Vegas Motor Speedway in Las Vegas, NV. (Photo by Marc Sanchez/Icon Sportswire) 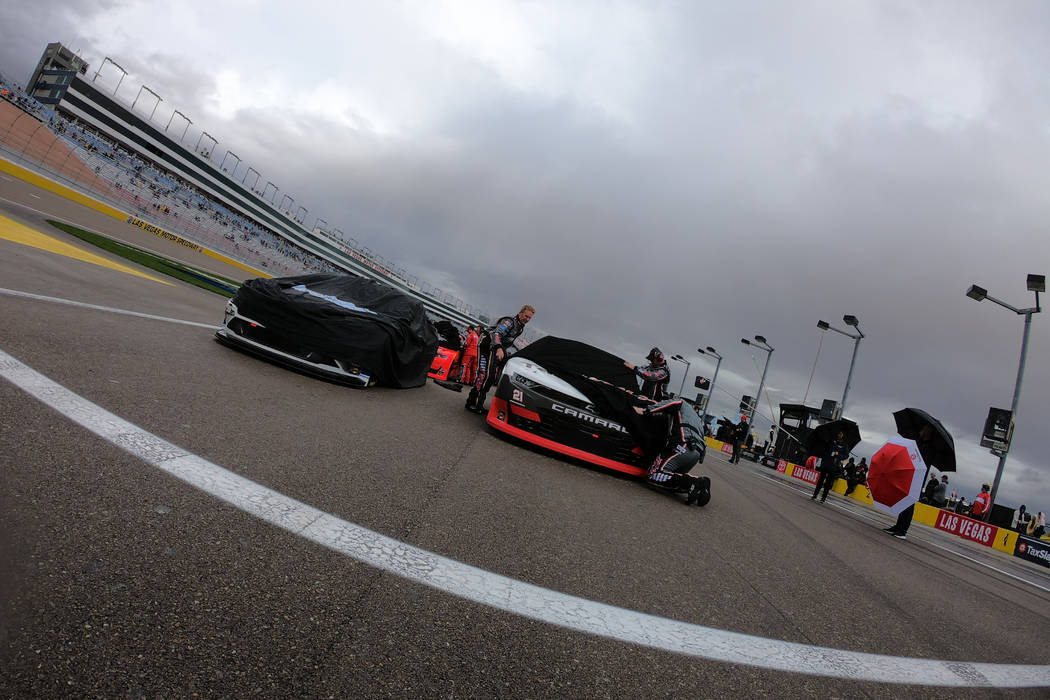 Cars are covered for rain during a rain delay before the start of NASCAR Xfinity Series Boyd Gaming 300 on February 22, 2020, at Las Vegas Motor Speedway in Las Vegas, NV. (LVMS Pool/Icon Sportswire)

And the winner of the 24 Hours of Las Vegas is … the track dryer driver.

No, Saturday’s Boyd Gaming 300 didn’t last 24 hours, although it felt like it.

A track dryer driver didn’t get to spray sports drink in victory lane, probably because it was inaccessible because of all the puddles.

At 6:45 p.m., nearly six hours after the scheduled 1 p.m. start, NASCAR made the decision to postpone the rain-plagued race until Sunday. It will resume approximately one hour after the completion of the 12:30 p.m. regularly scheduled Pennzoil 400 Cup Series event at Las Vegas Motor Speedway.

It will be televised by FS2.

The Xfinity race was delayed multiple times — including once by a brief hailstorm — after starting about 20 minutes late because of morning showers that canceled Xfinity and Cup Series qualifying.

The cars were on the track for only 37 minutes, 23 seconds. Chase Briscoe won the first 45-lap stage after starting second.

After enduring 6 hours and 45 minutes of starts and stops and rain delays, Las Vegas racer Riley Herbst might be qualified to moonlight as an anchorman on the ESPN SportsCenter.

“We watched a little bit of the (Wilder-Fury) undercard already, some college hoops, ran out of games on my phone. So I’m kinda bored,” the youthful driver of the Joe Gibbs Racing Xfinity Toyota said outside his hauler as the track dryers made their rounds.

Herbst started 12th and had moved up to 10th when weather delayed the race a second time after the first 40-lap stage.

“This is a definitely first for me,” said the descendant of Las Vegas’ off-road racing Herbst family about riding out a rain delay. Or three of them.

“I like this so let’s make this fun. I’ll put up a $50,000 bounty for any full time cup driver who races a truck and can beat @KyleBusch in his next 4 races. #gameon,” Harvick wrote on his Twitter account.

The price on beating Busch has since risen to $100,000. Camping World CEO Marcus Lemonis said he is so comfortable that no one can beat Busch in the trucks that he would match Harvick’s offer.

The two-time Cup Series champion from Las Vegas was dismissive when asked about the bounty.

“A hundred grand,” Busch said. “For me, nothing. Sounds like life.”