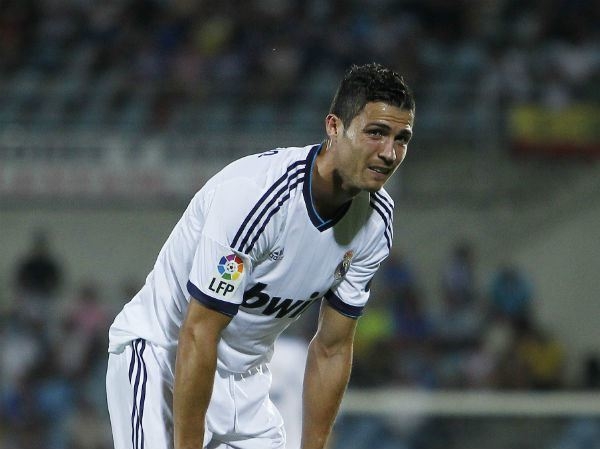 Not since Sharon Stone was interrogated in “Basic Instinct” has the world’s focus been so squarely on someone’s legs.

Cristiano Ronaldo, perhaps the best and certainly the most famous, soccer player in the world is struggling with a pair of leg injuries that have his status in doubt as Portugal prepares for the World Cup.

Ronaldo has a muscle issue in his left thigh and tendinosis in his left knee. He will miss Friday’s tune-up match with Mexico.

While no decisions have been announced for his status beyond that, there is certainly some degree of panic in regards to his potential availability for Portugal’s opening match in Brazil against Germany on June 16.

Ronaldo was less than 100 percent as he played for Real Madrid in last month’s Champions League final, but his failure to improve has been a bit of a stunning development as the biggest sporting event in the world draws near.

But not everyone should be surprised.

“A Ghana witch doctor Nana Kwaku Bonsam claims he will rule Cristiano Ronaldo out of the 2014 WorldCup by inflicting him with a severe injury.”

Ghana and Portugal are in the grueling Group G, along with Germany and the United States.

An injury to Ronaldo could certainly open up the door for Ghana or the U.S. to advance to the knockout stage in Portugal’s place.

But did the witch doctor’s claim have any merit?

He seems to think so.

Nana Kwaku Bonsam appeared on radio in Ghana this week and apparently doubled down on his statements, according to The Guardian.

“I know what Cristiano Ronaldo’s injury is about, I’m working on him. I am very serious about it. Last week, I went around looking for four dogs and I got them to be used in manufacturing a special spirit called Kahwiri Kapam.

“I said it four months ago that I will work on Cristiano Ronaldo seriously and rule him out of the World Cup or at least prevent him from playing against Ghana and the best thing I can do is to keep him out through injury.

“This injury can never be cured by any medic, they can never see what is causing the injury because it is spiritual. Today, it is his knee, tomorrow it is his thigh, next day it is something else.”

Don’t question his methods or effectiveness.

He was spotted in the Spurs locker room before Game 1 of the NBA Finals and we all saw how that turned out.