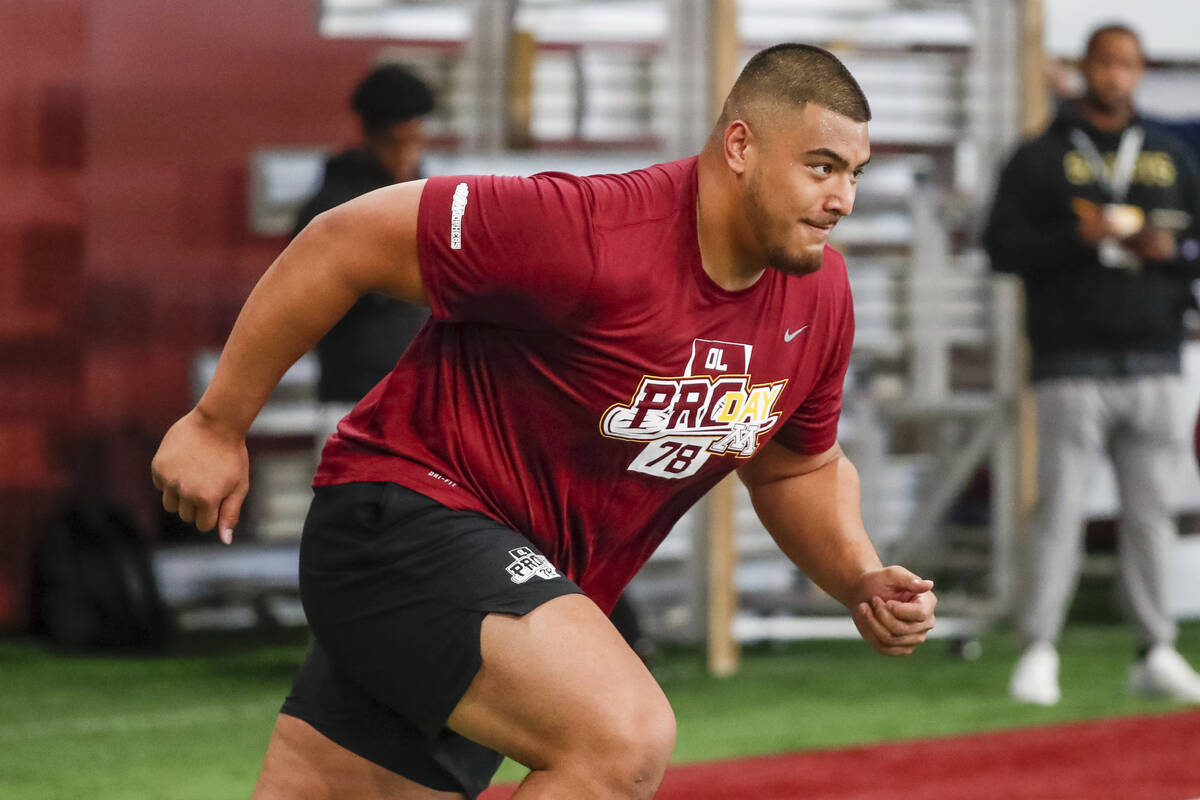 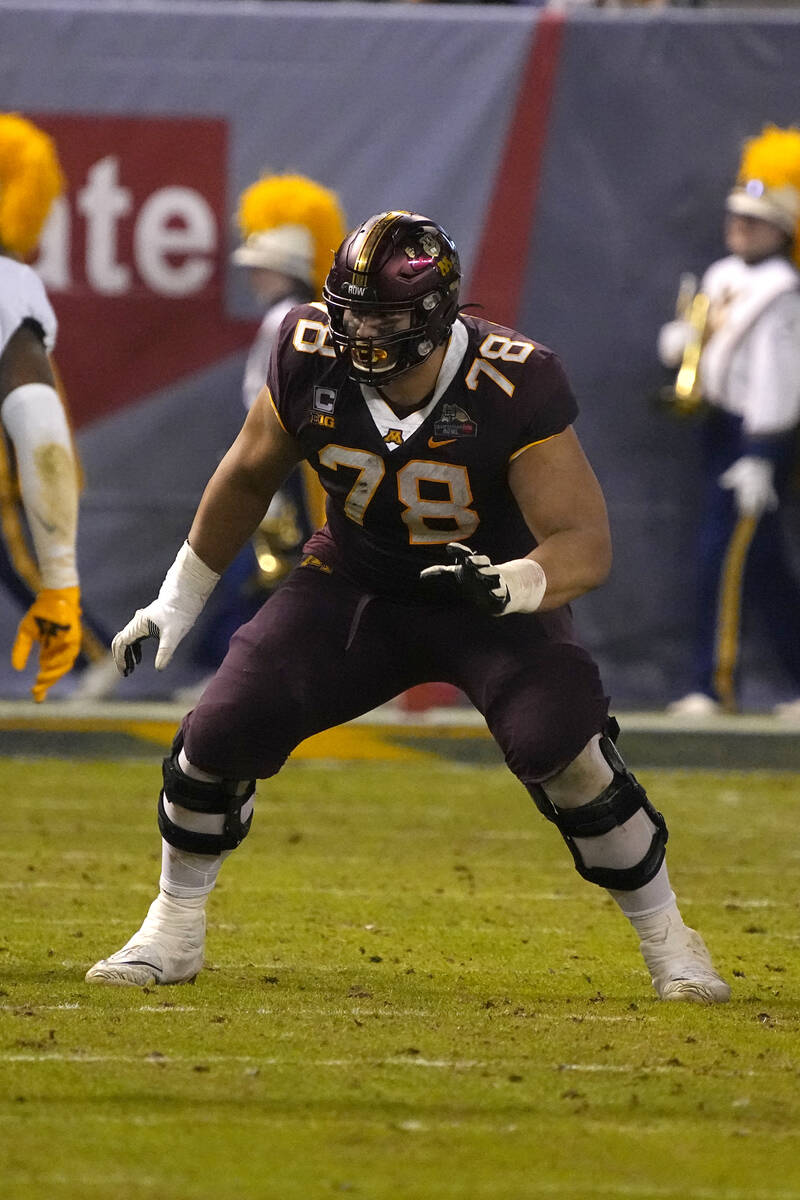 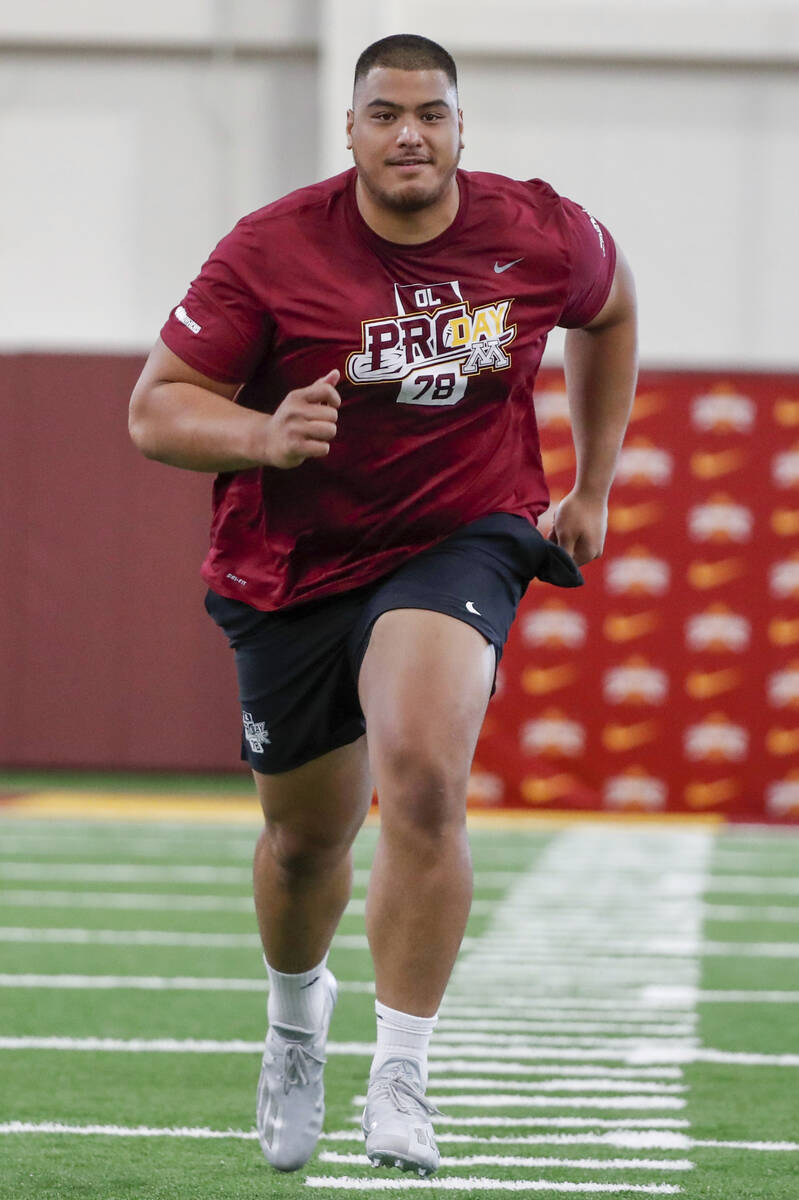 Daniel Faalele moved halfway around the world to play for one of the most prestigious high school football programs in America before he had ever watched a single game.

The Australia native had scholarship offers to some of the top colleges in the country before he even played a down at IMG Academy in Florida.

Those are the kind of things that happen when you are more than 6-foot-8 and weigh more than 400 pounds as a 16-year-old with quick feet developed on the basketball courts and rugby pitches of Melbourne.

Faalele was spotted at a basketball camp by a recruiter from the University of Hawaii, who introduced the idea of trying football. Soon, Faalele attended a satellite camp outside Melbourne hosted by the University of Michigan football program. They put him in touch with the coaches at IMG in Florida and the 16-year-old made the decision with his mother to leave home and embark on a career in football.

First he had to learn what things like first downs and yard markers were as Faalele spent the first year in his new country learning the basics of the game. That encompassed his junior year.

He played one season of high school football and then played four seasons at Minnesota.

Now the offensive tackle prospect awaits word on where he will be selected in the NFL draft this week. His unparalleled physical traits and rapid development make him one of the more intriguing prospects in the draft.

“I feel like the sky’s the limit for me,” he said at the combine. “I just need more coaching, and I feel like going to the next level of the NFL is that for me. I’m excited to see how far I can go.

“Right now, I’d say how athletic I am for my size and how powerful I am are my best attributes. I feel like I’m very strong. Being a bigger body, I have longer arms so just using those intangibles to my advantage.”

Exactly how big that body is depends on the day. Faalele arrived on campus in Minneapolis at 426 pounds, but he weighed 384 at the combine. He believes he will play at his best in the NFL around 375 pounds.

“Each year I’ve been able to lose more and more weight,” he said. “There haven’t been problems with fluctuating too high or too low. I’d say just being quicker, having quicker feet and on the cardio side just being able to last longer in games and play at my best a lot longer.”

Shedding pounds hasn’t been the only change in Faalele. He said some of his early reps at IMG were “ugly,” but his technique has improved by leaps and bounds.

The book on Faalele is that he possesses rare athleticism for his size, but doesn’t possess the kind of nasty streak that coaches often want to see in an offensive lineman.

He does, however, understand how intimidating he can be on the field and does enjoy imposing his will.

“Being able to dominate somebody — legally — is something that’s definitely fun,” he said. “I always love getting pancakes and making someone’s day worse.”

He hopes to make a team better in the NFL. Faalele is proud of how far he’s come and confident he is going to continue his ascension at the next level.

Now that he is more acclimated to football, he has spent more time studying players and their techniques. He pays particular attention to some of the bigger offensive tackles like Orlando Brown, Trent Williams and Tyron Smith.

He likes the way Brown uses his strength, Williams plays with aggression and Smith’s technical superiority and the way he makes everything look so effortless.

Faalele hopes to follow in their massive footsteps. He has been moving up mock draft boards and could go as soon as the second round.