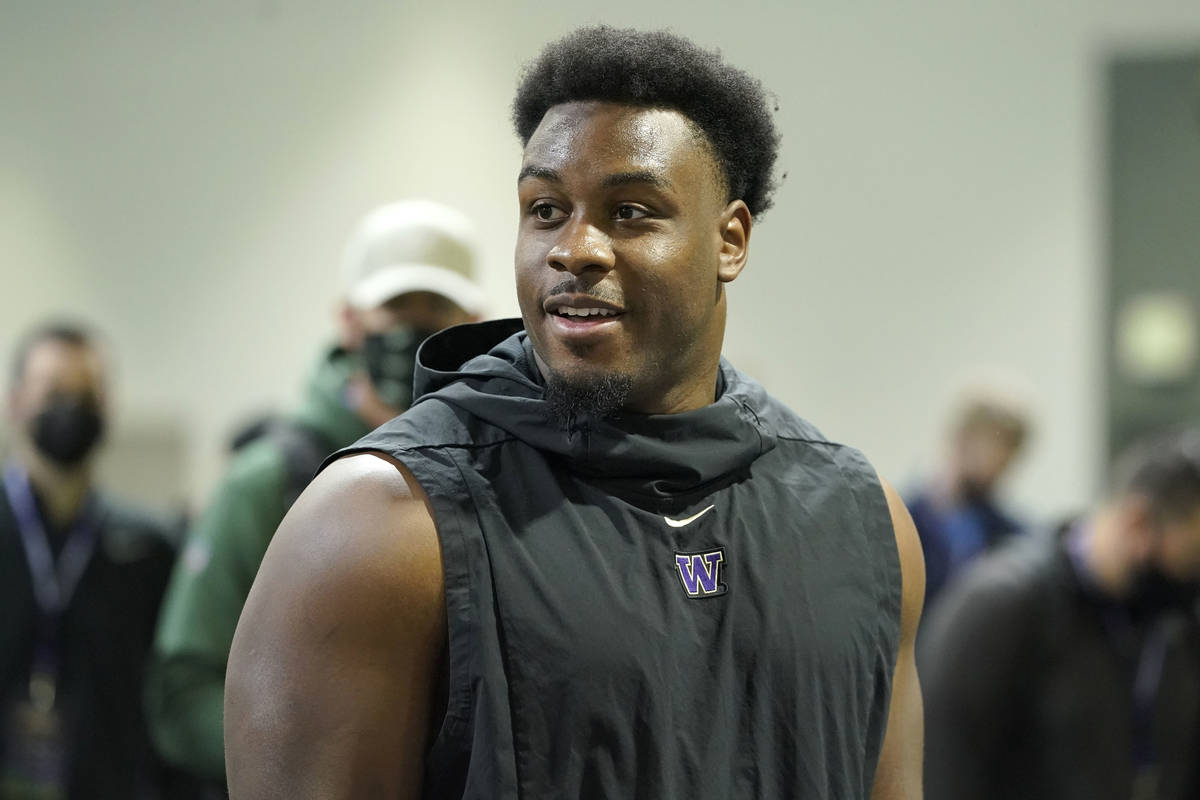 It’s a new era in Cleveland.

The Browns had been a laughingstock since their return to the league, but general manager Andrew Berry proved once again in his second draft that he’s no joke.

Berry, a 34-year-old with a master’s degree in computer science from Harvard, should be awarded a doctorate in running an organization.

After leading the Browns to the playoffs in his first season at the helm, Berry had a tremendous draft on his home turf.

Cleveland snagged an elite corner at a vital position near the end of the first round with cornerback Greg Newsome, then stopped the slide of Jeremiah Owusu-Koramoah late in the second round.

While some teams backed off the Notre Dame linebacker because he doesn’t have a defined position, the Browns have built a roster that allows them to take a chance on a guy they believe can just play football.

Auburn wide receiver Anthony Schwartz, the fastest player in the draft, was a luxury pick in the third round, and Cleveland continued to add pieces throughout the day on Saturday.

The overall haul was cause for celebration, even though it wasn’t even the best part of Berry’s week.

His wife Brittan gave birth to the couple’s first child, a daughter named Eden Ruth, just hours before the draft began on Thursday.

While that’s a difficult bar to clear, here’s a look at some of the other teams who had solid drafts this weekend.

Miami probably figured to have a choice between wide receiver Ja’Marr Chase and tight end Kyle Pitts when they acquired future picks to move from No. 3 to No. 6 in the draft, but wide receiver Jaylen Waddle is a nice consolation prize. Defensive end Jaelan Phillips will give them an edge presence and will prove to be a steal if he’s healthy long-term. Then they came back with one of the best safeties in the draft in Jevon Holland before adding a potential starter in tackle Liam Eichenberg.

Bill Belichick’s connection to Alabama coach Nick Saban was on full display. New England started the draft by adding a pair of Crimson Tide stars. Mac Jones is hardly exciting, but the Patriots didn’t have to move up to get him and he is a potential franchise quarterback. The draft’s best defensive lineman, Christian Barmore, just fell into their laps in the second round. New England did a good job finding value the rest of the way, including Oklahoma edge rusher Ronnie Perkins, who was phenomenal in limited reps last season.

The Chargers entered the draft with a dire need for a left tackle and Rashawn Slater just absolutely fell into their laps. It happened again in the second round. Elite cornerback prospect Asante Samuel Jr. somehow lasted until they selected at No. 47. The Chargers added a third-rounder who may step right into the third wide receiver role in Josh Palmer, following him up with an intriguing edge defender in Chris Rumph II.

The Lions’ draft was more substance than flash, unless you count the incredible introductory press conference delivered by defensive tackle Levi Onwuzurike, who went into colorful detail when asked what he likes the most about playing defense. He was a quality addition after Detroit was able to add a potential franchise left tackle when Penei Sewell dropped to No. 7 in the first round. The rest of their draft was filled with quality players, signaling a welcome shift to competence in MoTown.