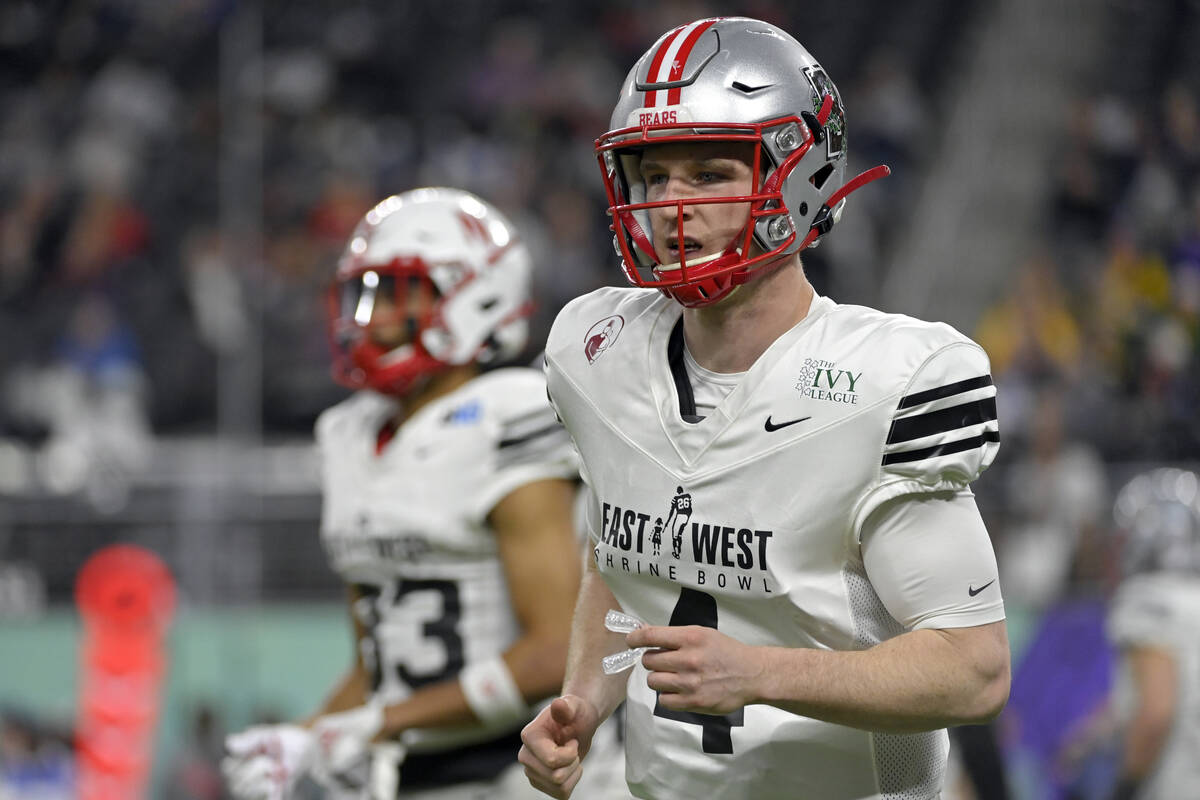 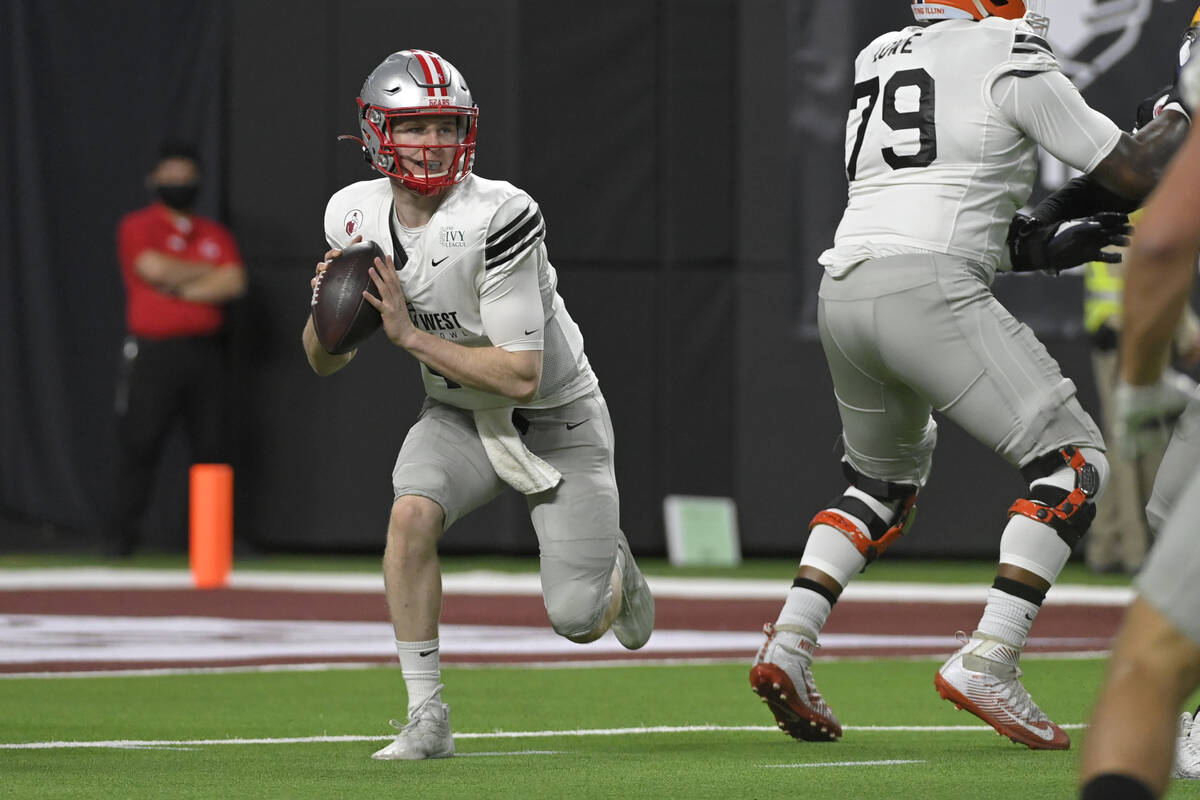 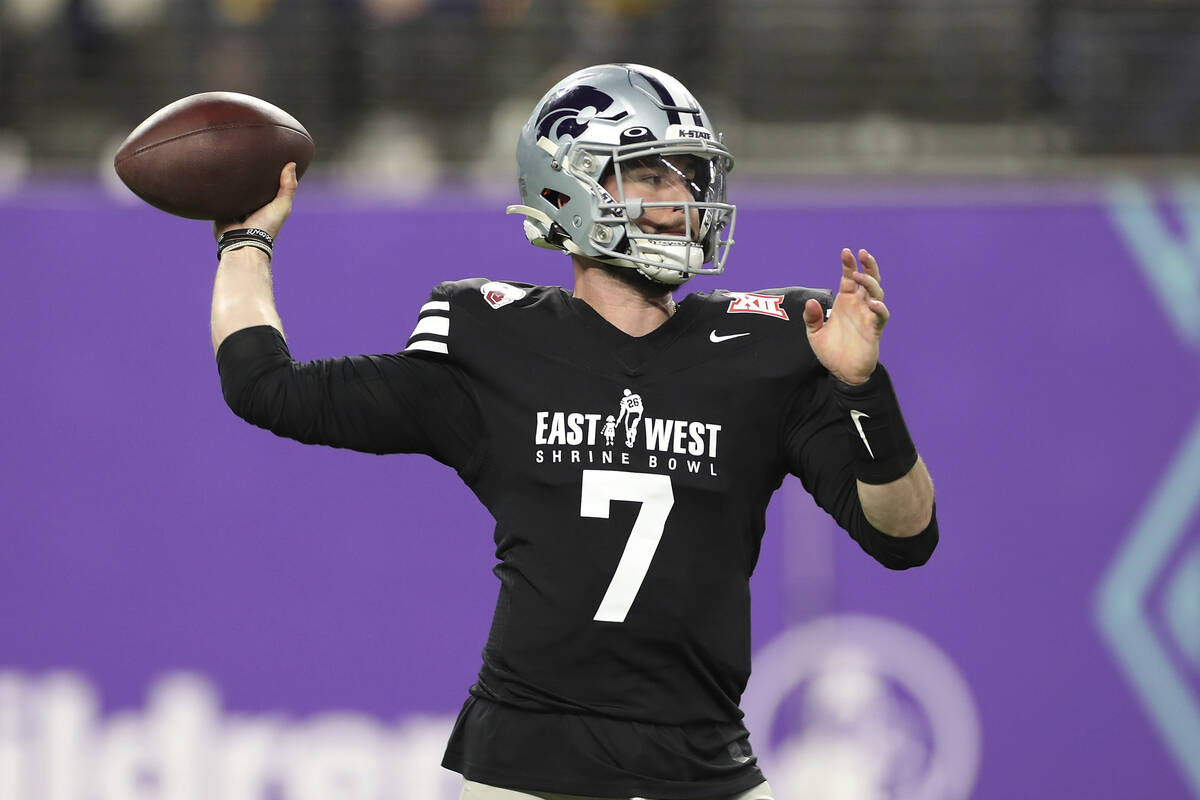 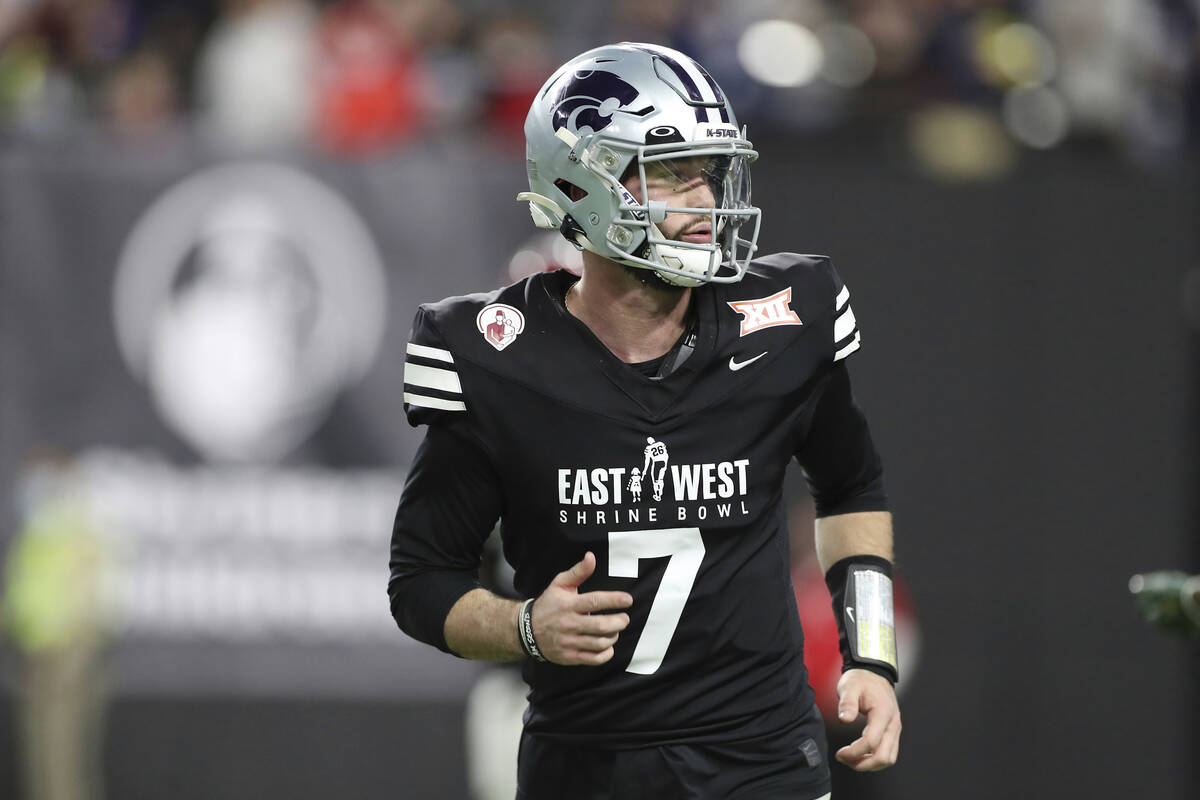 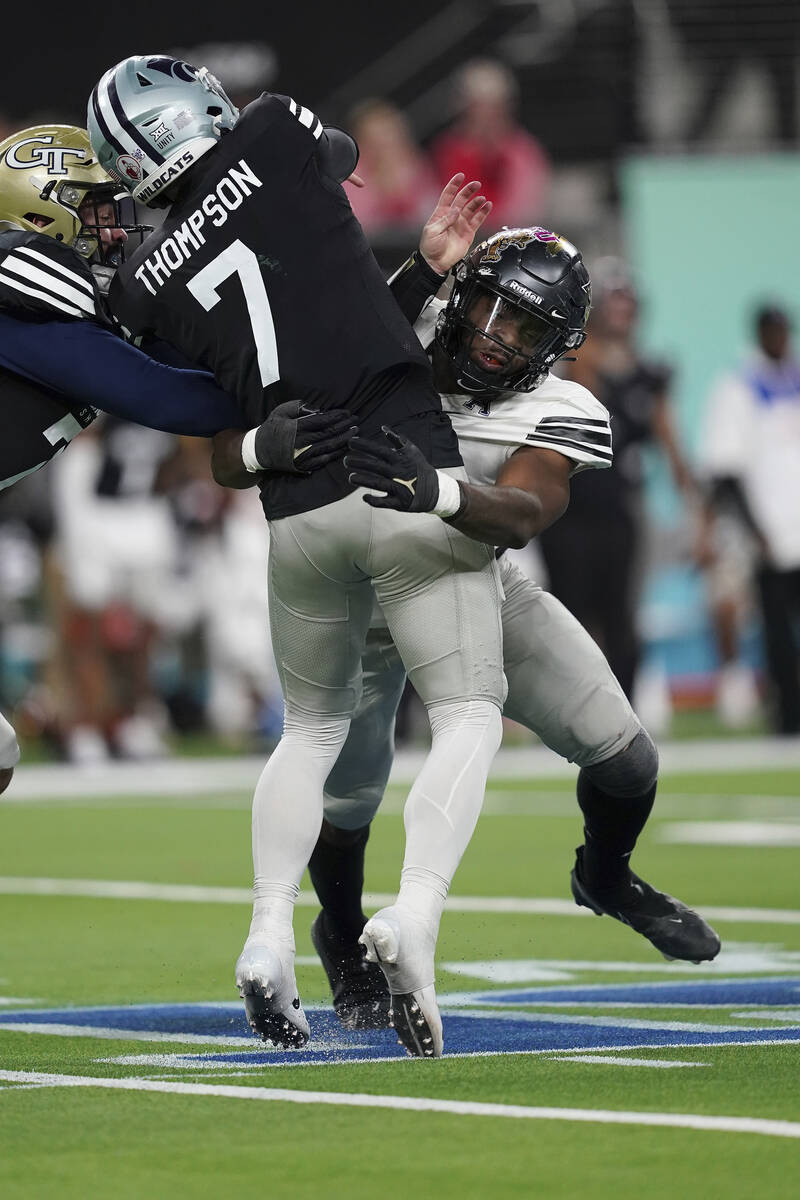 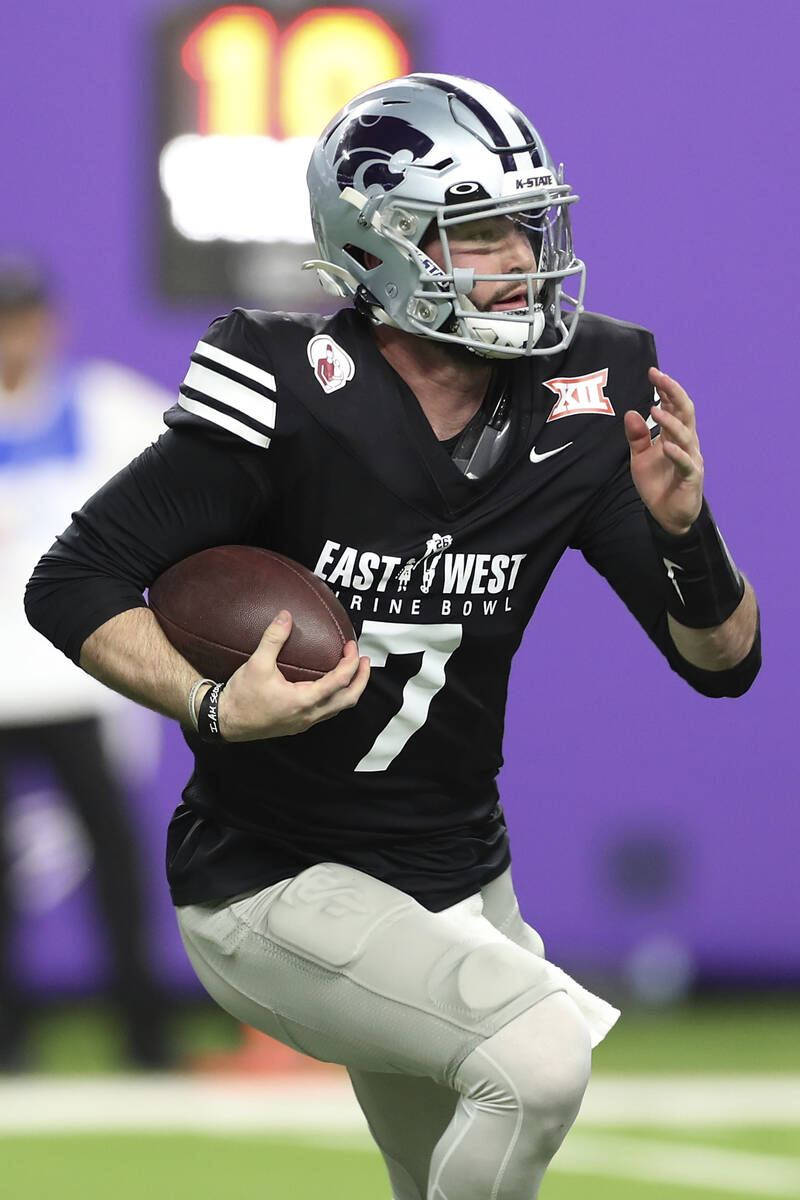 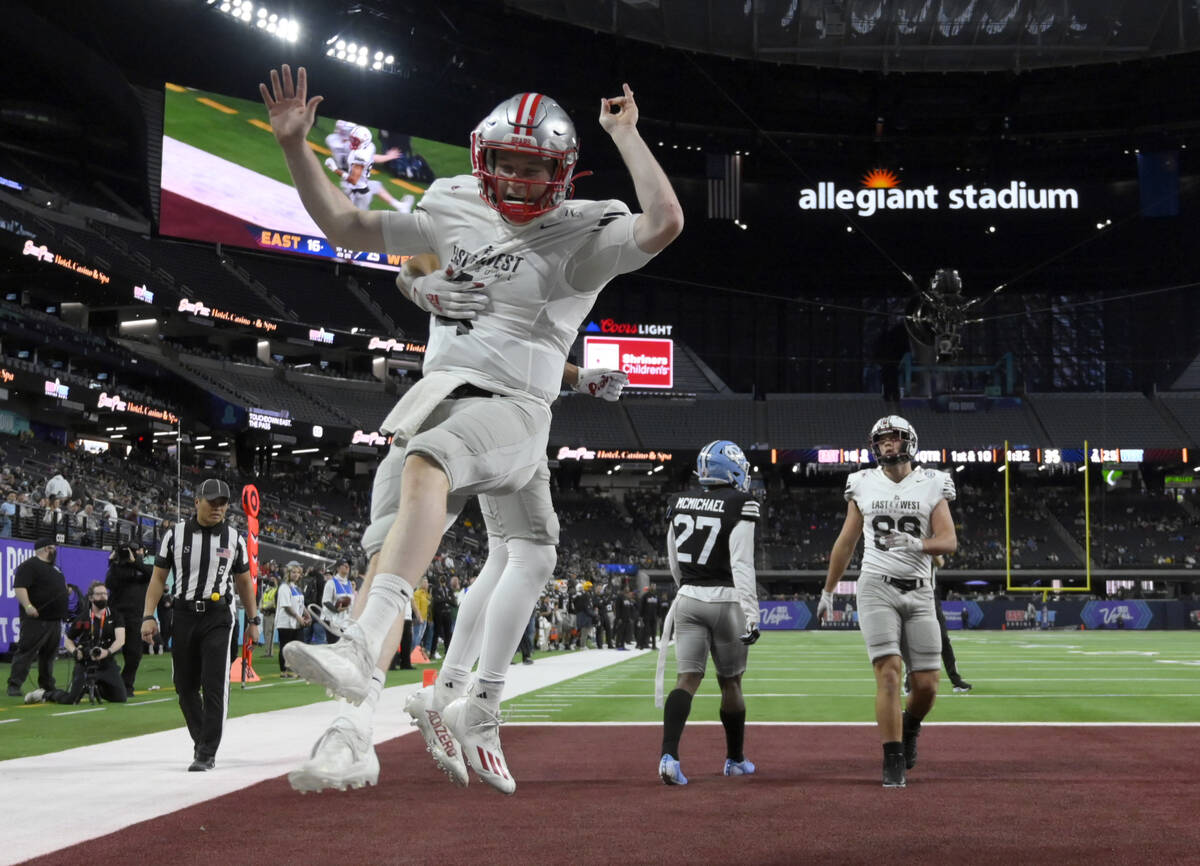 East quarterback EJ Perry (4), of Brown, celebrates with wide receiver Samori Toure (83), of Nebraska, after a touchdown against the West during the second half of the East-West Shrine Bowl NCAA college football game Thursday, Feb. 3, 2022, in Las Vegas. (AP Photo/David Becker) 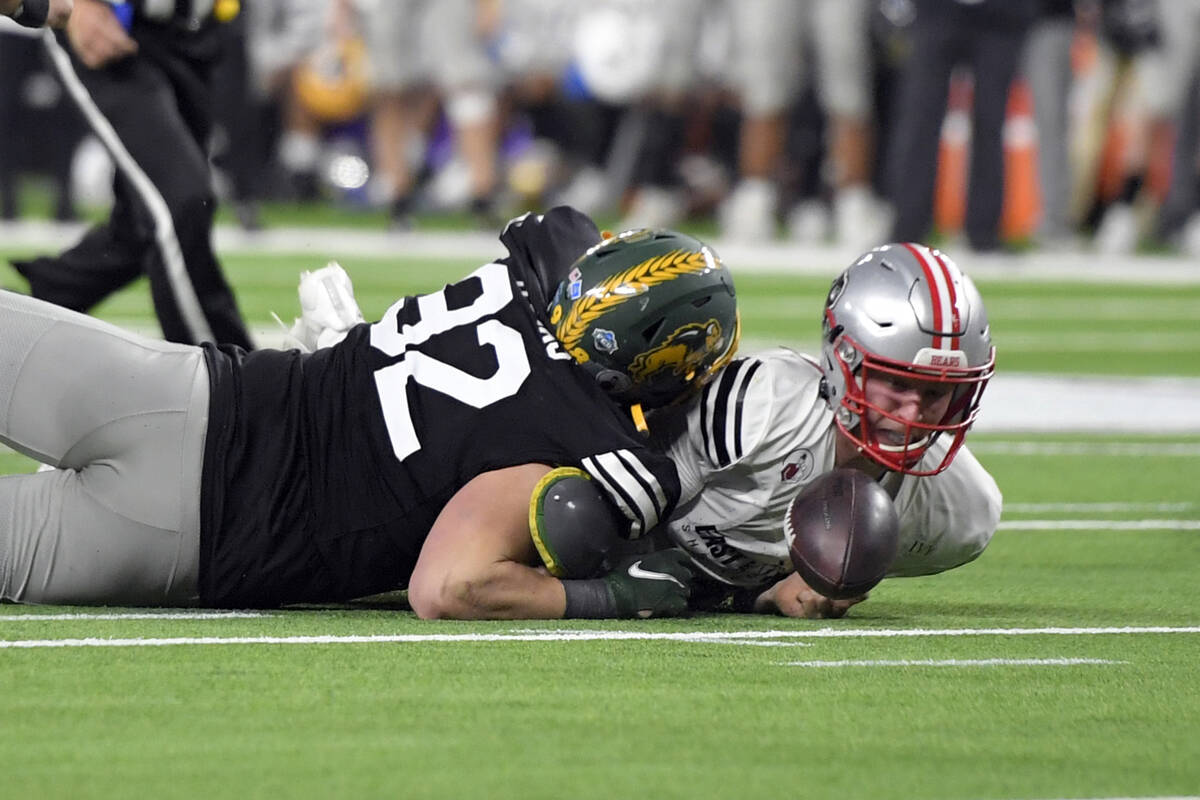 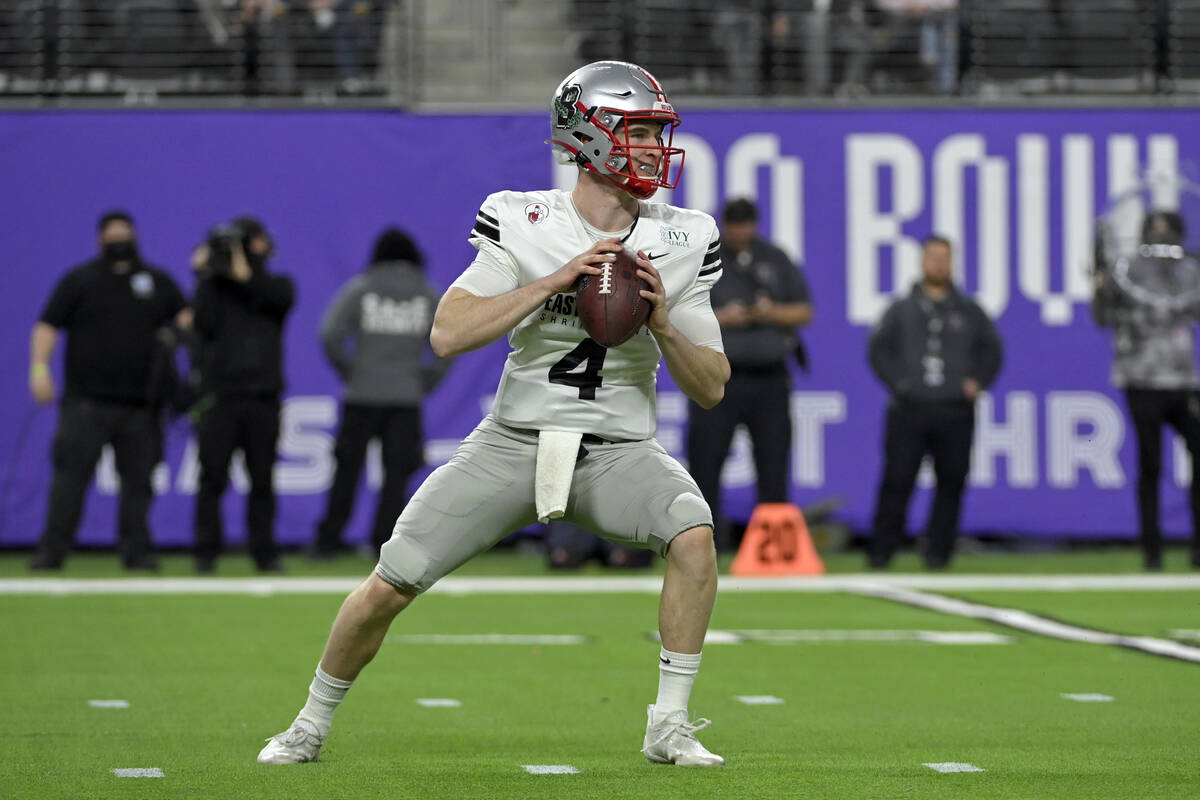 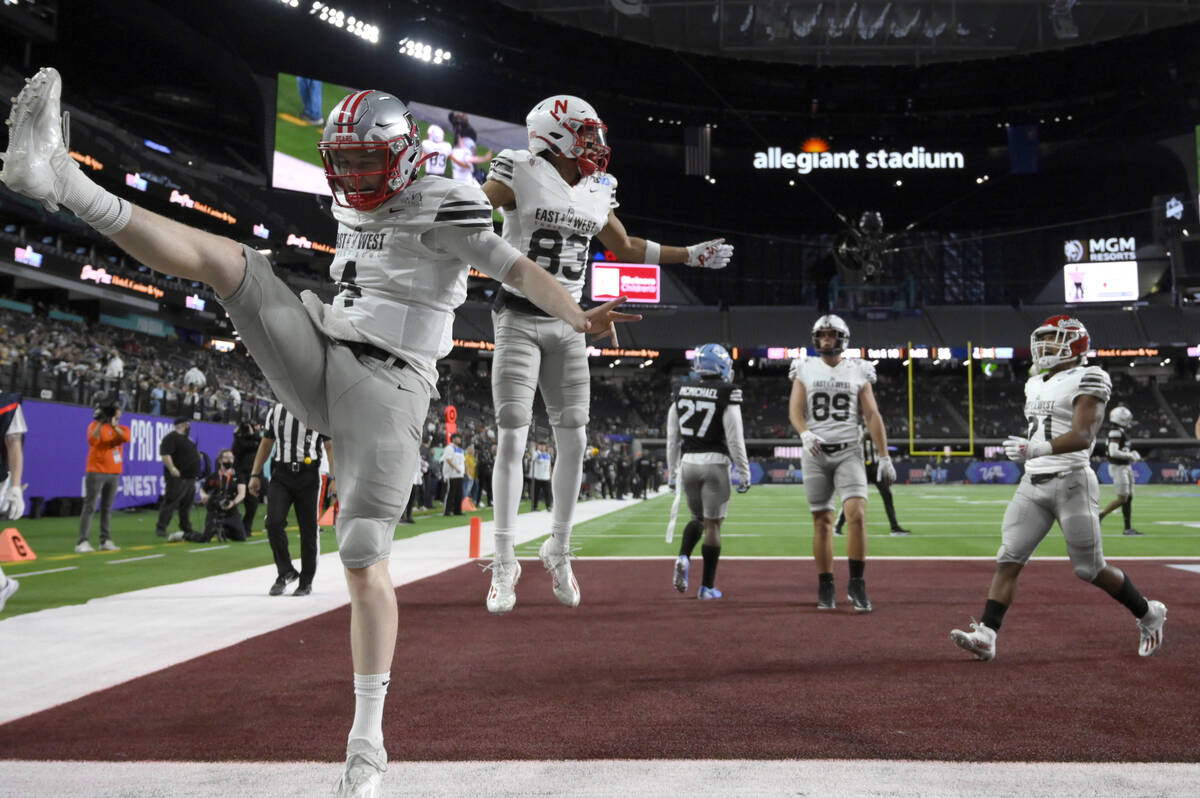 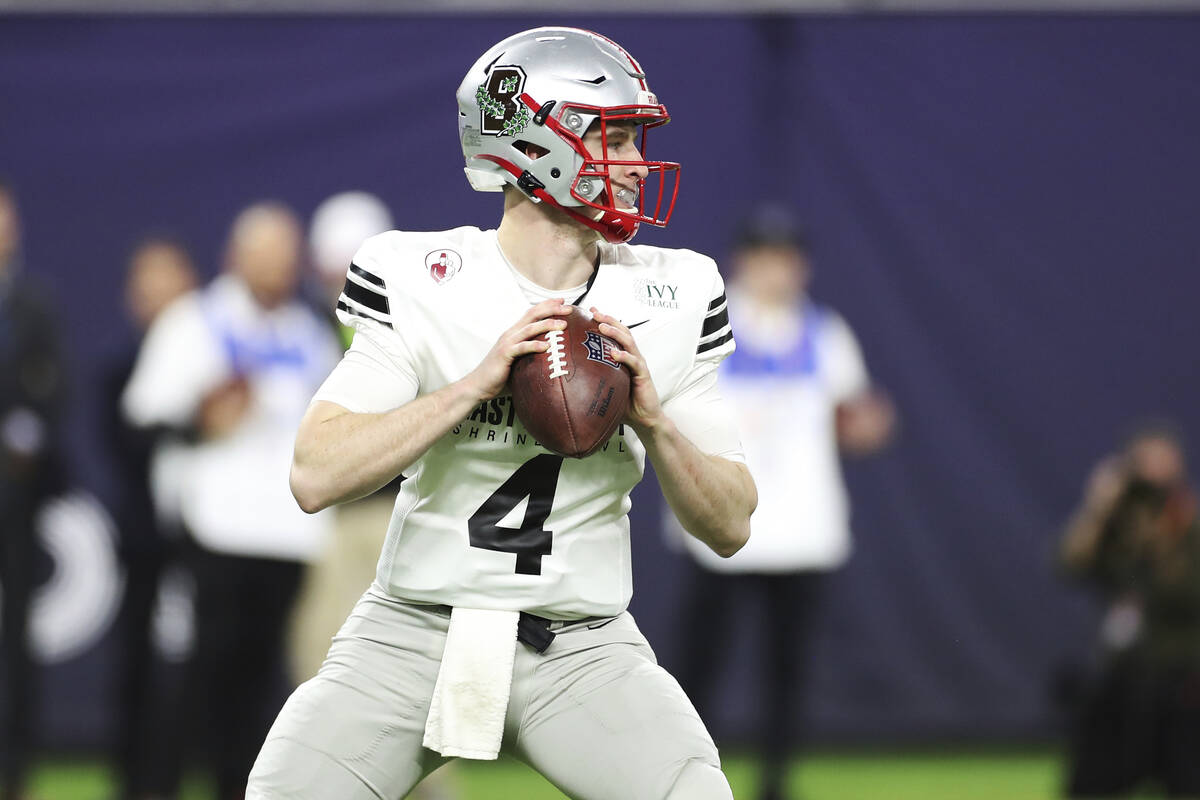 Brown quarterback EJ Perry knew he had to give everything.

“This is the only guaranteed game I had for the rest of my life,” he said. “I was going to come out here and play it the best I could as hard as I could and just have fun.”

Perry, the former Ivy League star, shined Thursday in the 97th East-West Shrine Bowl at Allegiant Stadium. He won the game’s Offensive MVP award, and while the East Team fell 25-22, Perry said it was a great way to cap a good week in Las Vegas.

“It’s an unbelievable experience,” Perry said. “The best part about it, obviously, is the (Shriner) kids, and then secondly, to be able to learn from these coaches. They put on an amazing week.”

Thursday was the first time the Shrine Game, an all-star matchup for college football players preparing to enter the NFL, has been held in Las Vegas. The game was moved to coincide with the 2022 NFL Pro Bowl Game, which will be played Sunday.

Following the game, several players said the Shrine Game was a great experience. They praised the NFL coaches they had a chance to work with, the organization of the week, the practice facilities at UNLV and the atmosphere at the event.

“I’m leaving this place a better player than when I came in,” Kansas State quarterback Skylar Thompson said. “That’s ultimately why I came here.”

But the week’s festivities was highlighted by the ability to play at Allegiant Stadium. East coach D’Anton Lynn knows what it’s like to play in stadiums like this. He also is the defensive backs coach for the Baltimore Ravens.

He said the first time his Shrine Game players entered Allegiant Stadium, they were wide-eyed and excited.

“The first time practicing here, just seeing the stadium, they were all just looking at it like it was Disneyland,” Lynn said.

Added South Dakota State running back Pierre Strong: “I don’t think it can get better than this. We’re in a $2 billion stadium that’s only been open two years. … We’re in Vegas.”

The West kicked a 50-yard field goal to increase their lead to 11-0, then Thompson found Virginia tight end Jelani Woods over the middle for an easy 8-yard touchdown pass and another two-point conversion. A 4-yard Corbin rushing score seemed to put the game out of reach.

“That was one of my goals, to get in the end zone today,” Corbin said. “So to be able to do that, behind a great offensive line, it meant the world to me.”

But Perry and the East mounted a comeback. He hit Strong on a screen that turned into a 65-yard touchdown and kept his team alive. Perry then found Nebraska wideout Samori Toure in the end zone twice to pull the East within three points. However, the West recovered the onside kick and sealed the game.

While Perry wasn’t able to complete the comeback, he still came away satisfied.

“We’re all fortunate to be a part of this game,” he said.