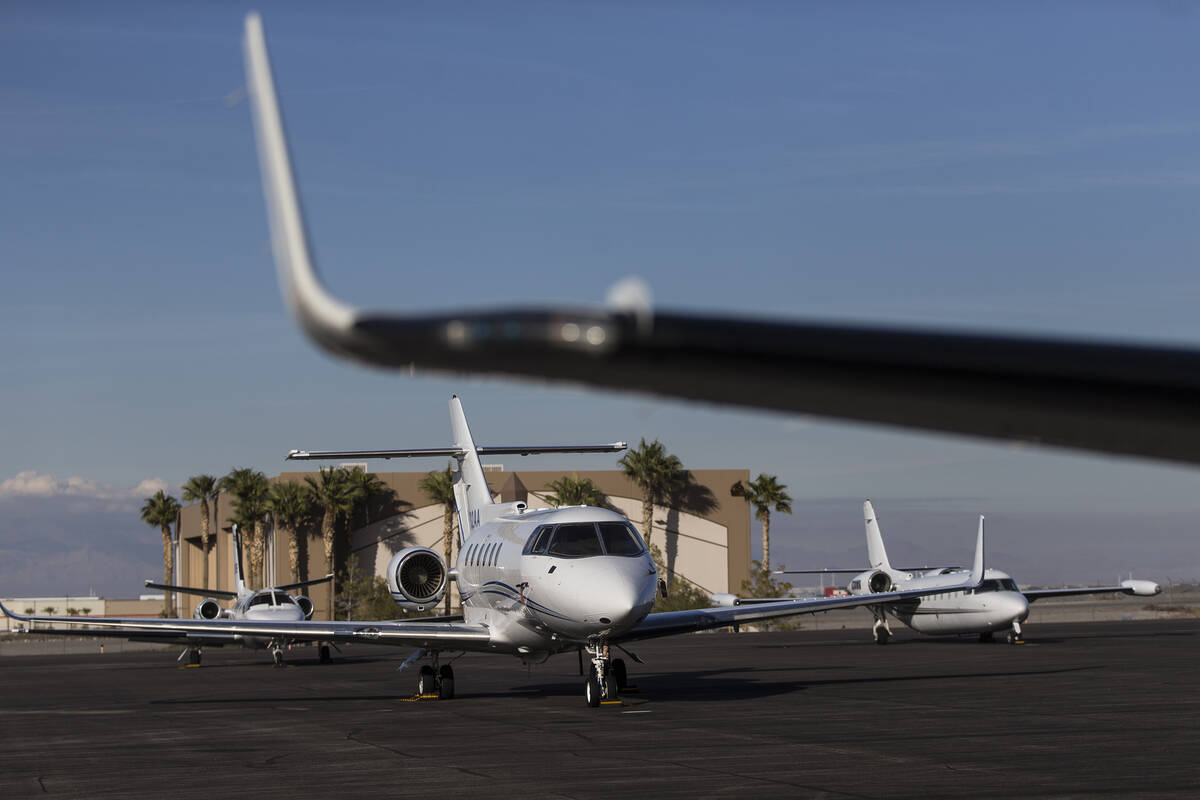 The draft taking place Thursday through Saturday is expected to draw around 600,000 people. Many of those fans will be from out of state, with a larger than usual portion arriving via private aircraft.

Due to the higher than normal general aviation activity expected, the Clark County Department of Aviation is requiring those traveling to Las Vegas via private plane to reserve a space to park their plane.

“Basically, that means that any aircraft not normally based at these locations will need to reserve parking prior to arrival,” said Joe Rajchel, airport spokesman.

Rajchel didn’t have a specific number of private planes expected in Las Vegas this week.

Harry Reid International Airport is the main facility used for passenger flights in the Las Vegas Valley, but with the uptick in general aviation expected, officials are urging the use of the county’s other air facilities, Henderson Executive and North Las Vegas airports.

“We’re encouraging people to utilize the ancillary airports that our county offers, particularly I think Henderson Executive is a really good opportunity for GA (general aircraft) to utilize,” Clark County Commissioner Michael Naft said. “It’s not too far of a shot, maybe an extra 10 minutes up the road, but you’ll be able to get in and out of there a little bit quicker.”

Those who choose to fly into Henderson Executive can also get the full Las Vegas NFL experience, landing next to the Raiders Henderson headquarters, Naft said.

“What can be a better location than to land on Raiders Way?” Naft asked.

All those planes expected to descend on the valley also equals big bucks for the area.

“The volume of planes we have at Harry Reid International, looking at the forecast for Henderson Executive and North Las Vegas, all of that translates into revenue for the county and money back in people’s pockets,” Naft said.