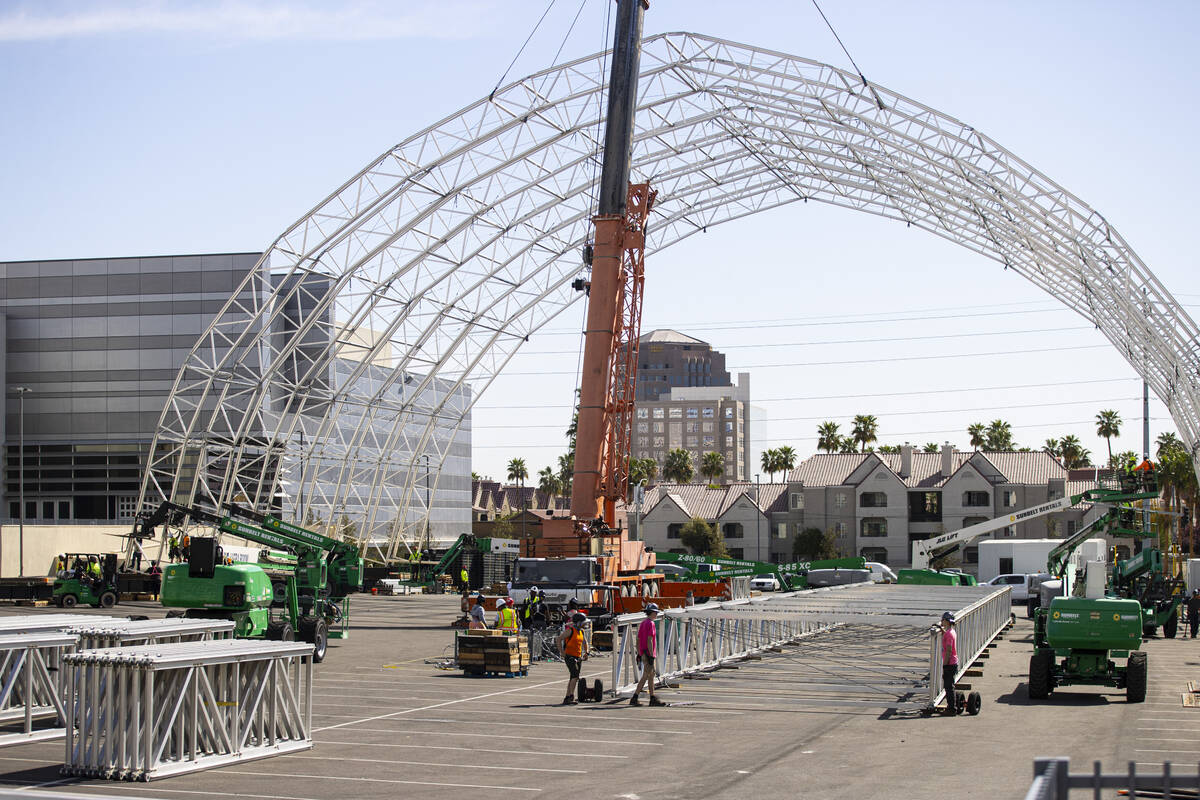 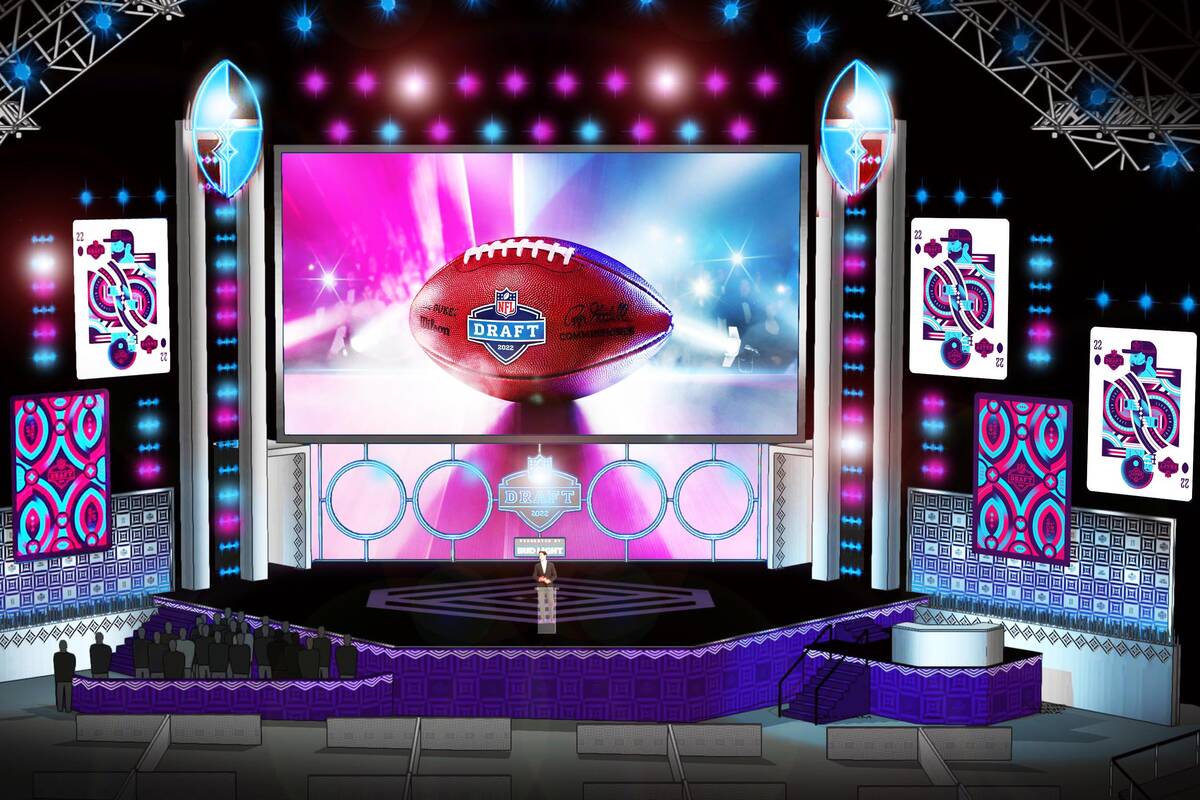 An artist rendering of what the main stage at the draft theater will look like for the 2022 NFL Draft. (Courtesy: NFL.) 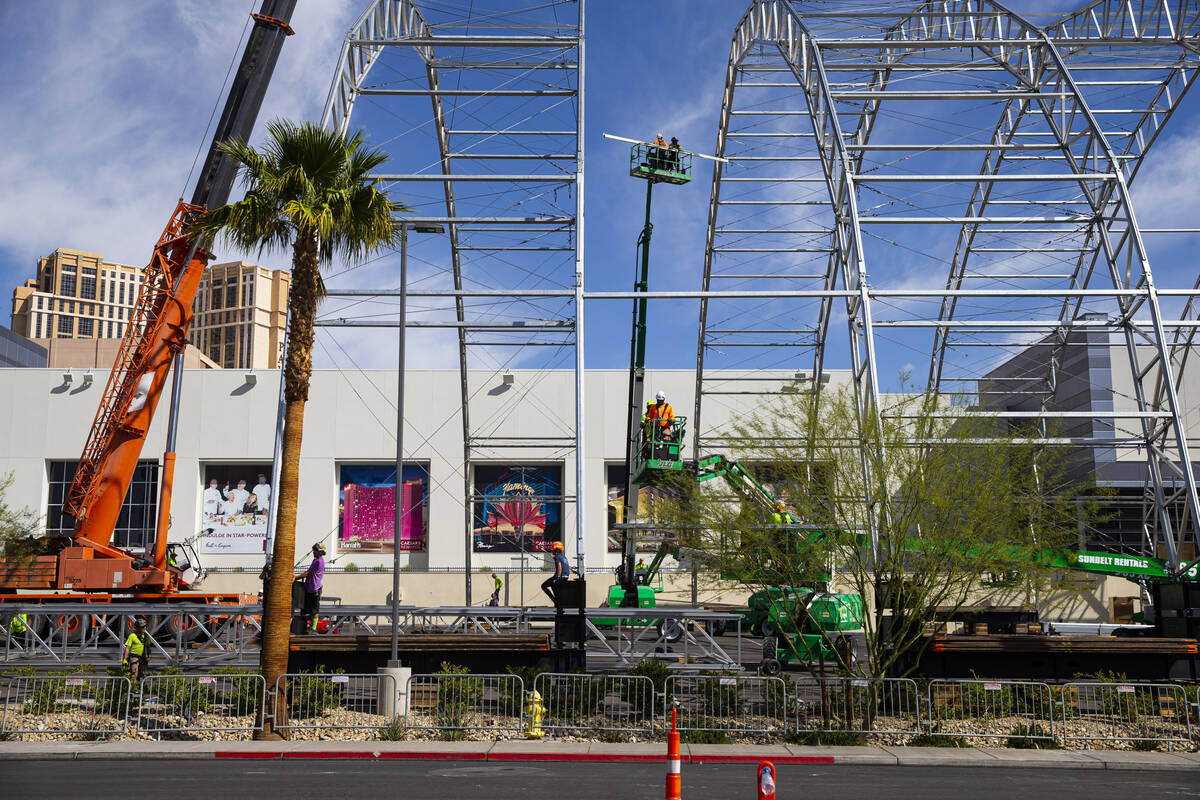 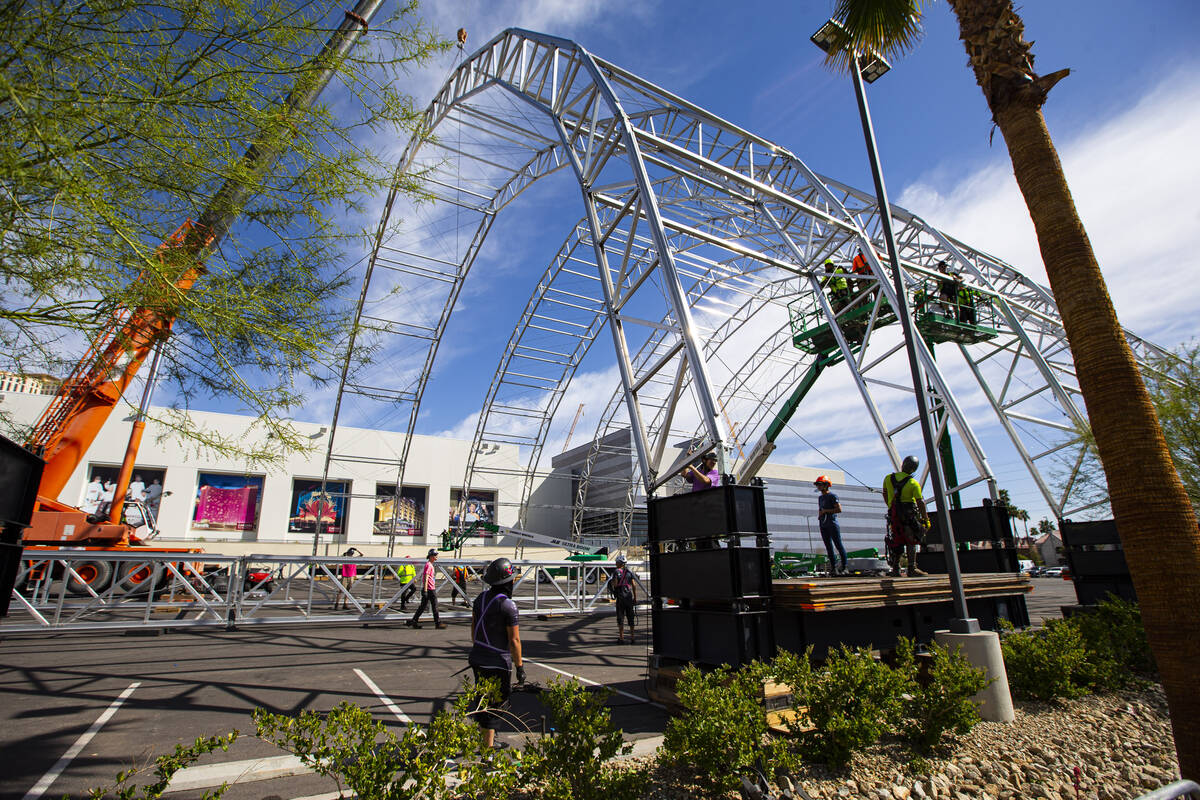 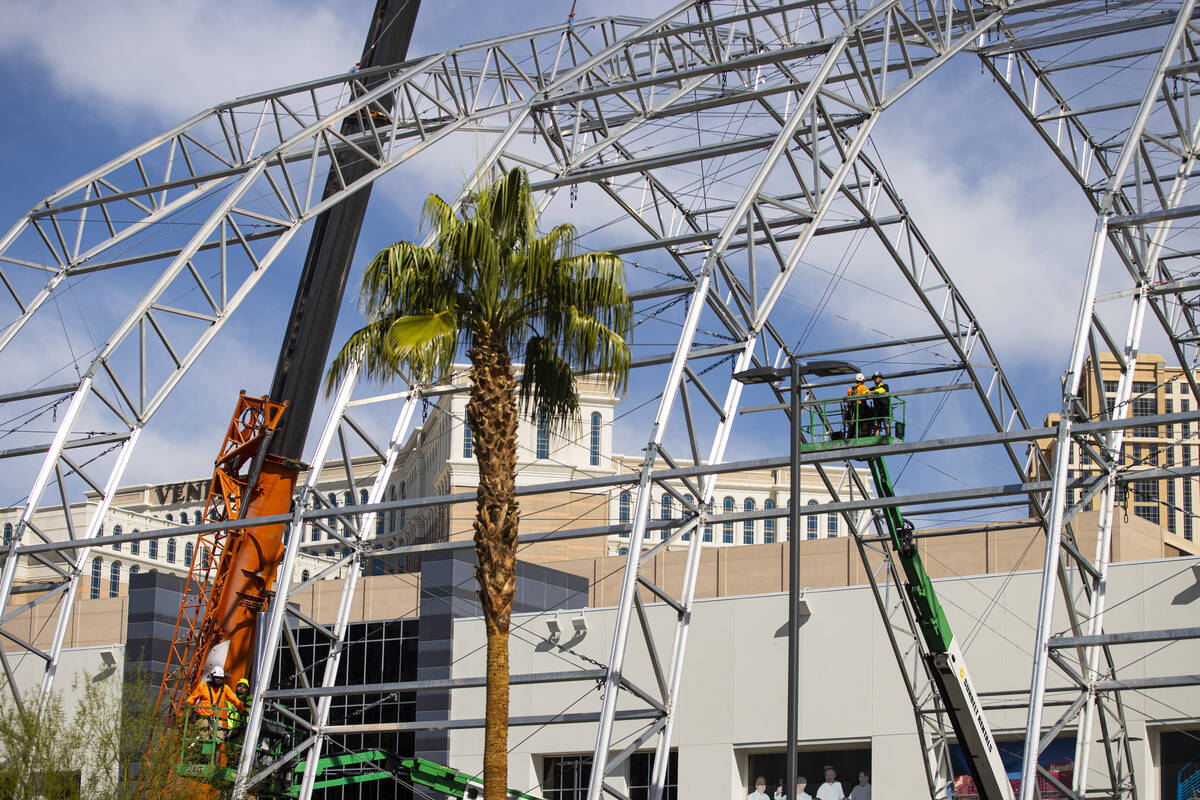 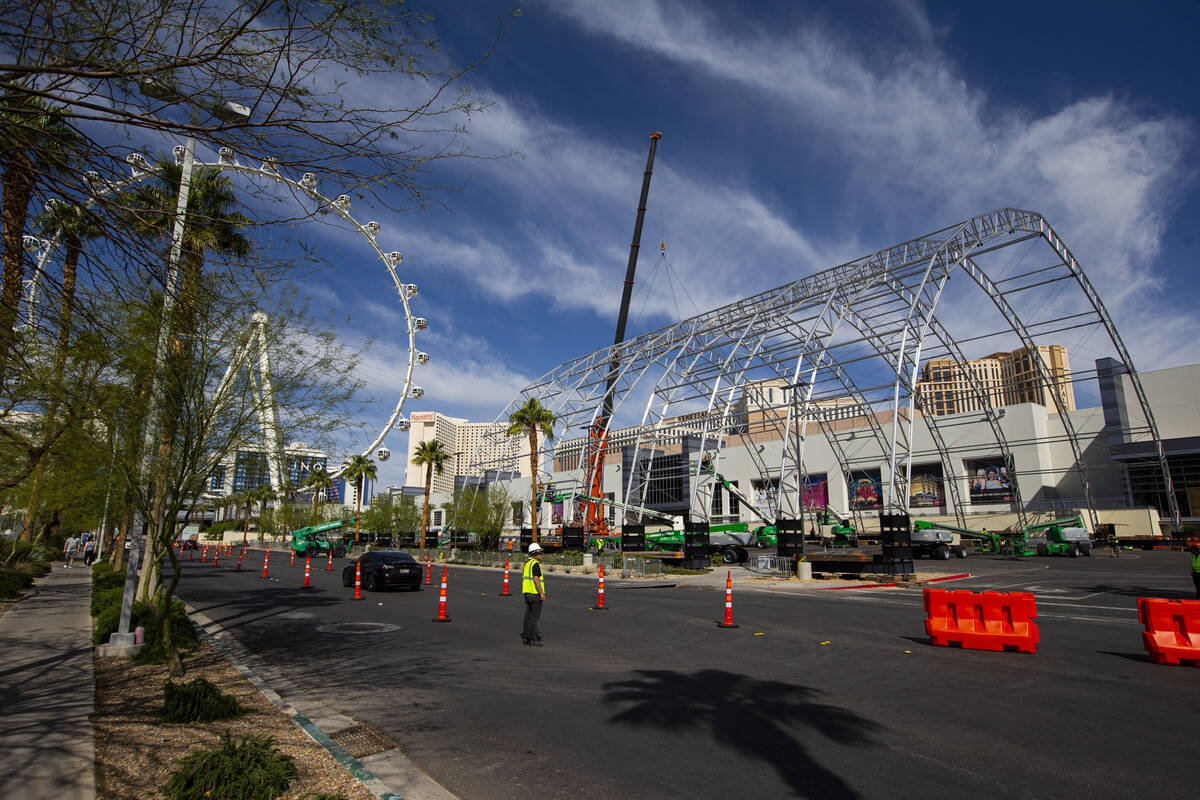 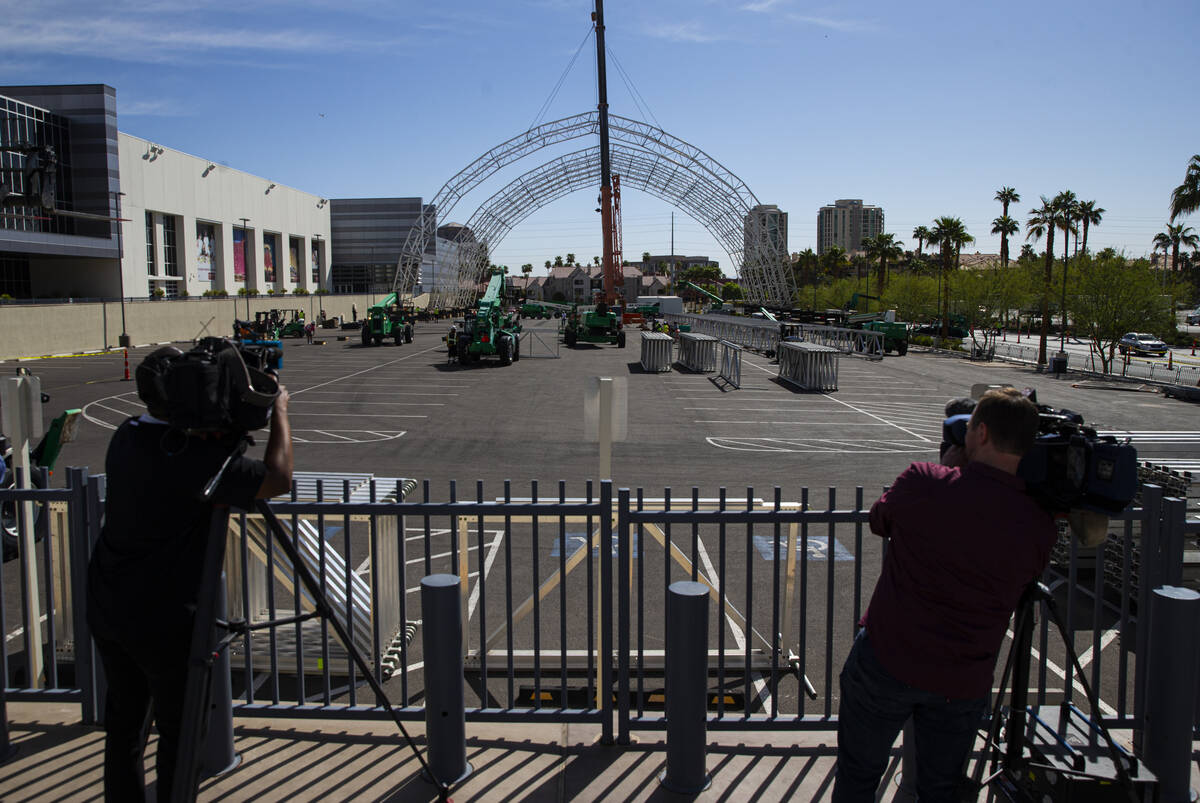 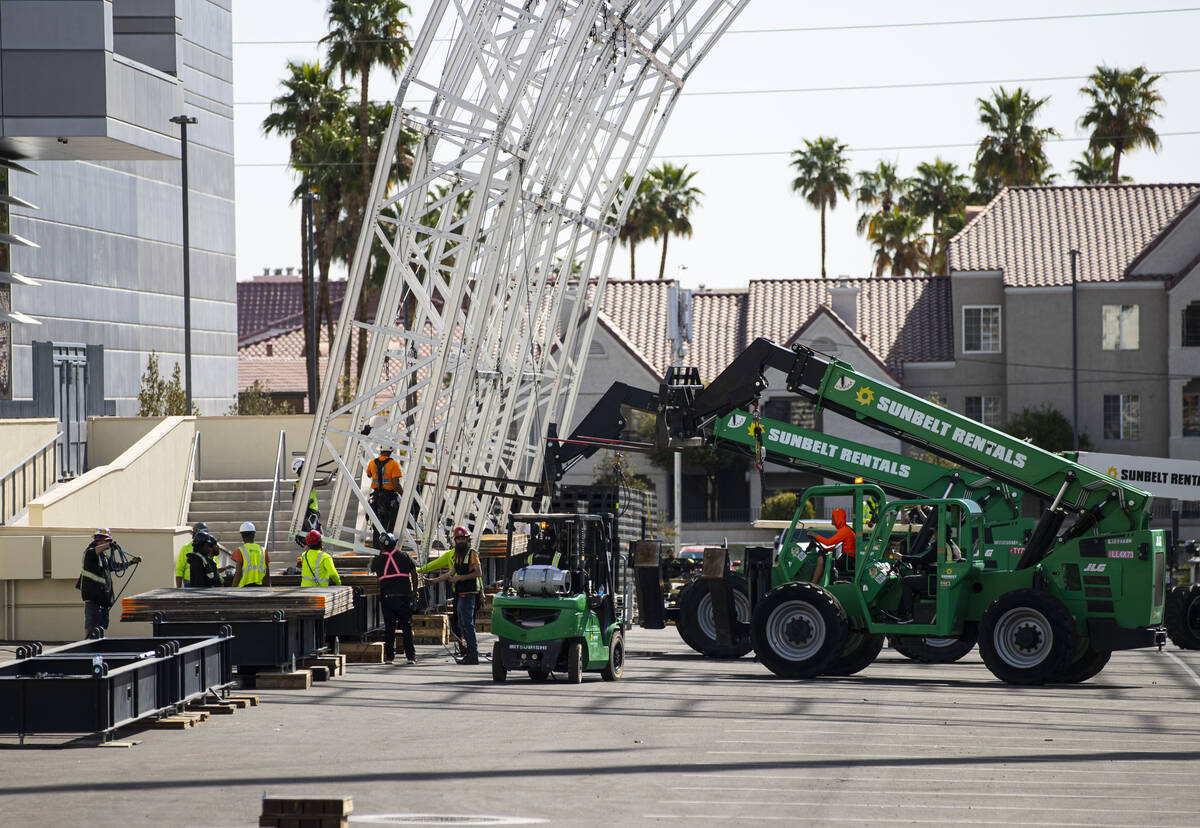 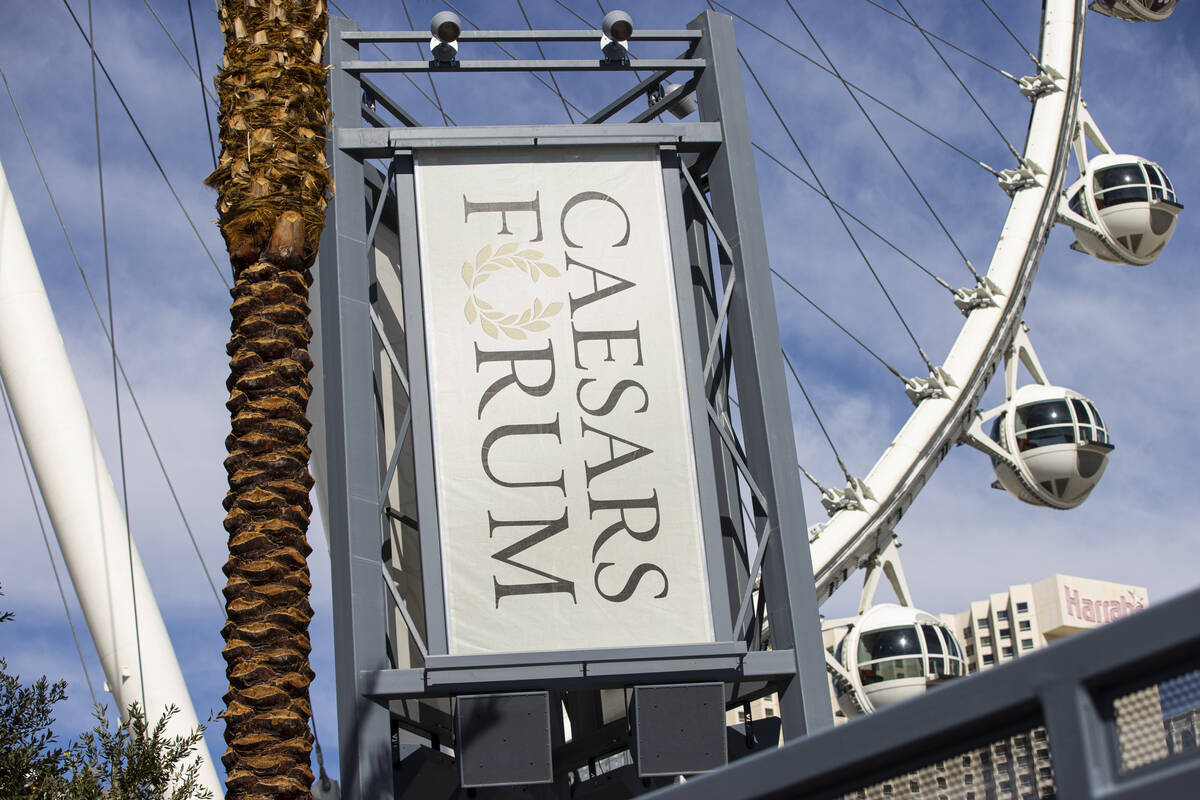 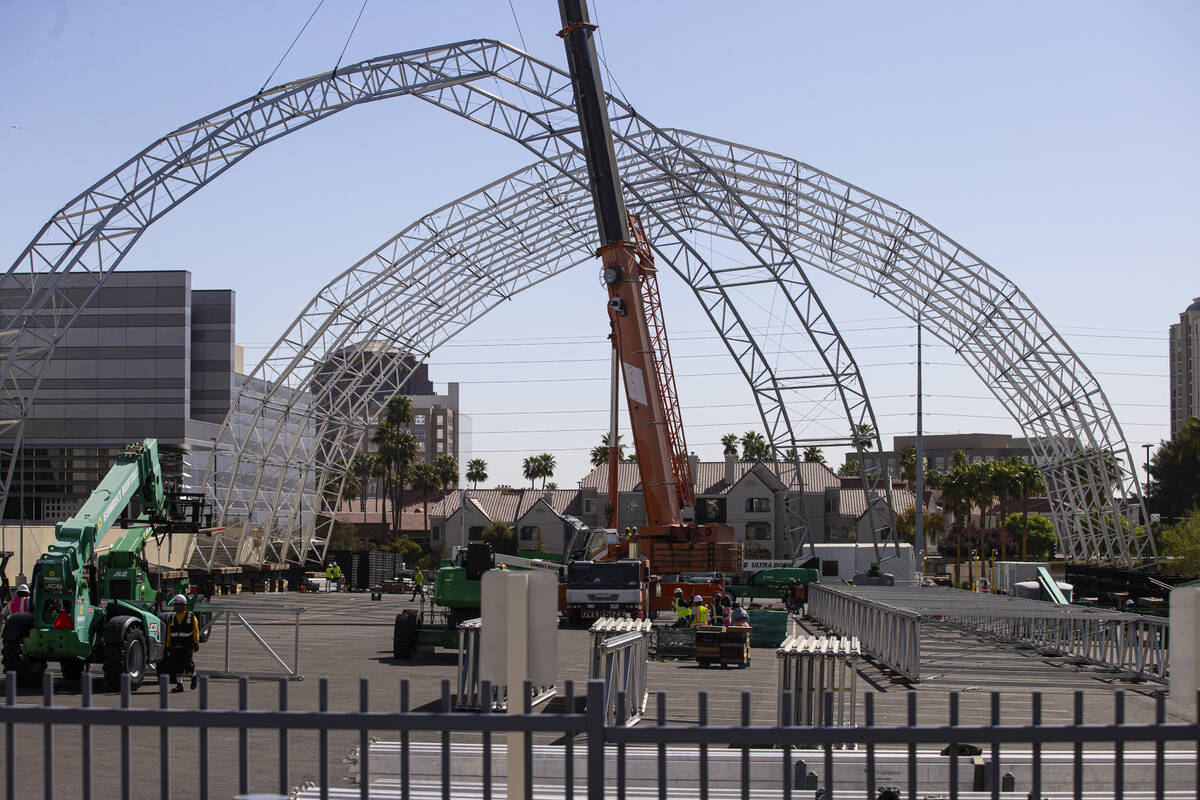 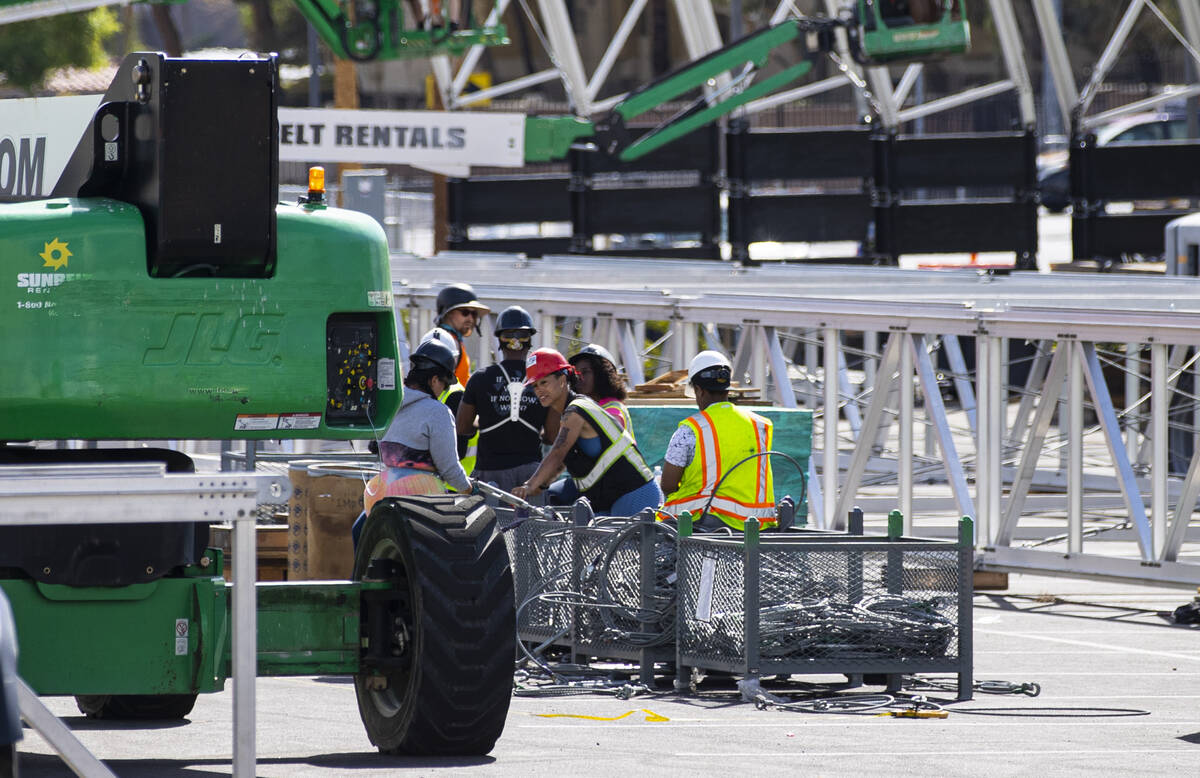 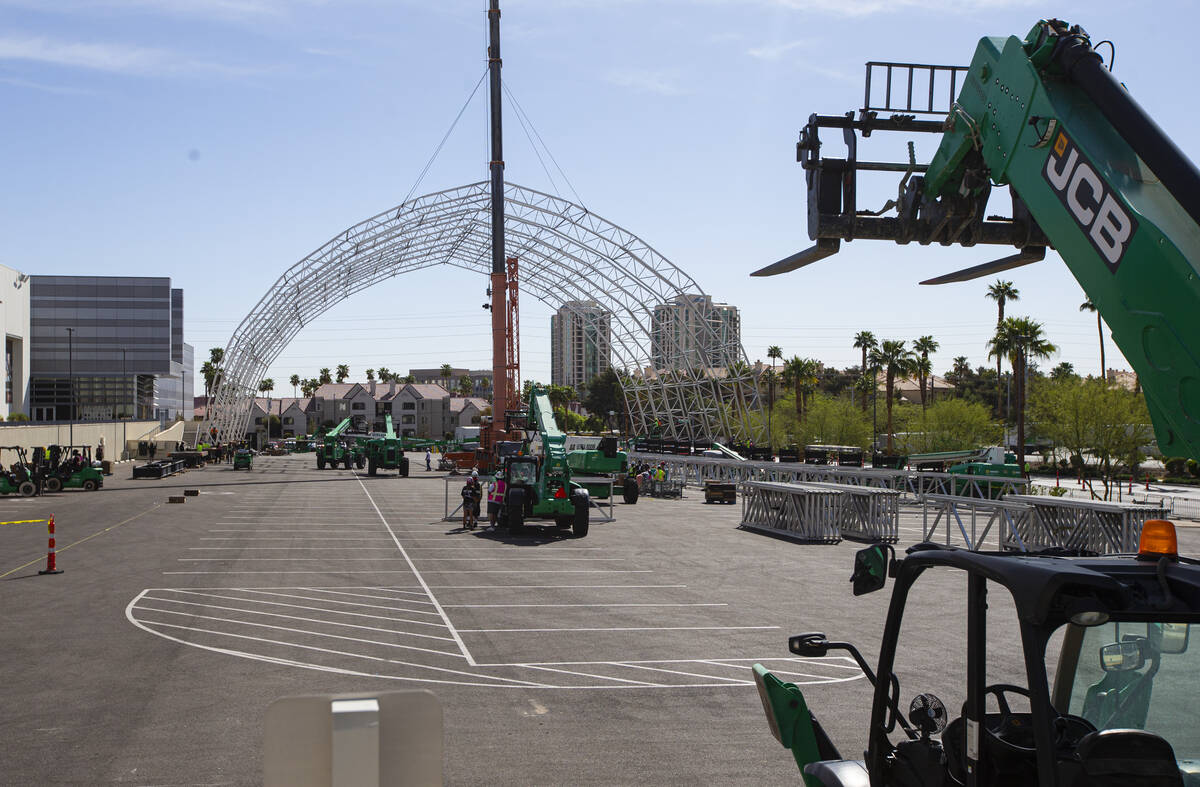 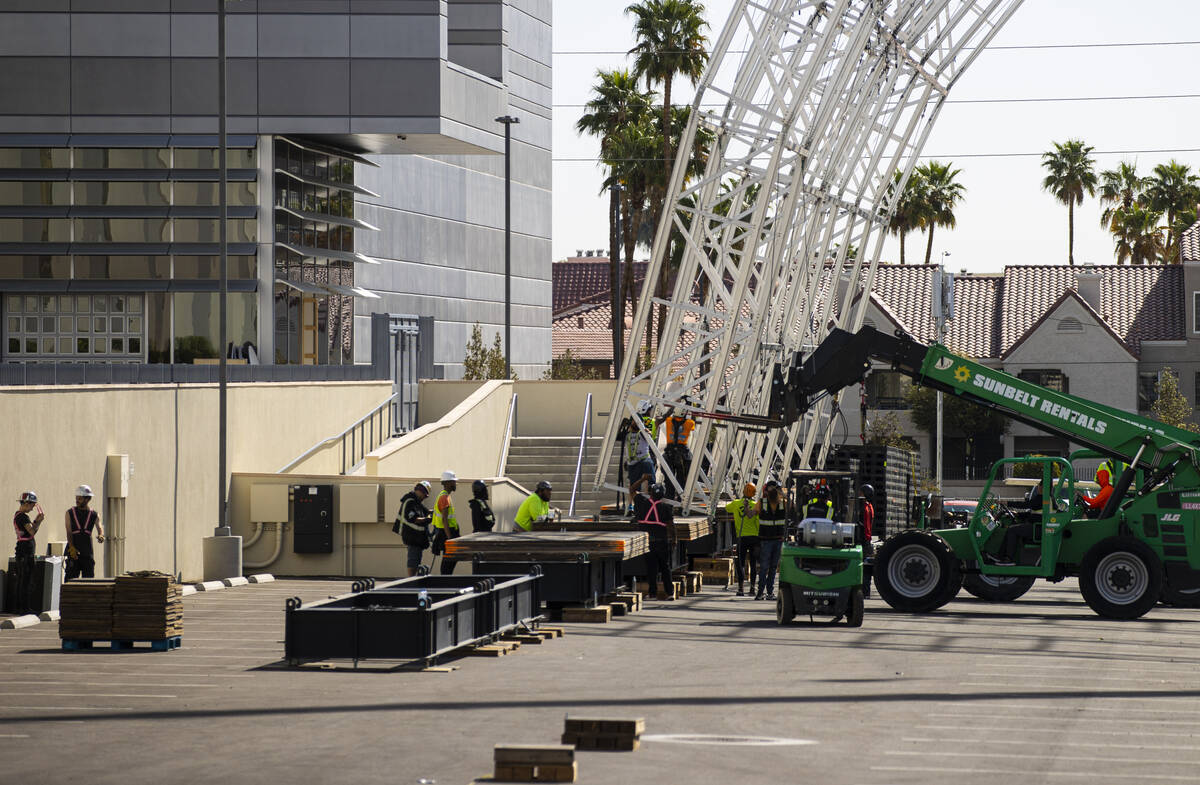 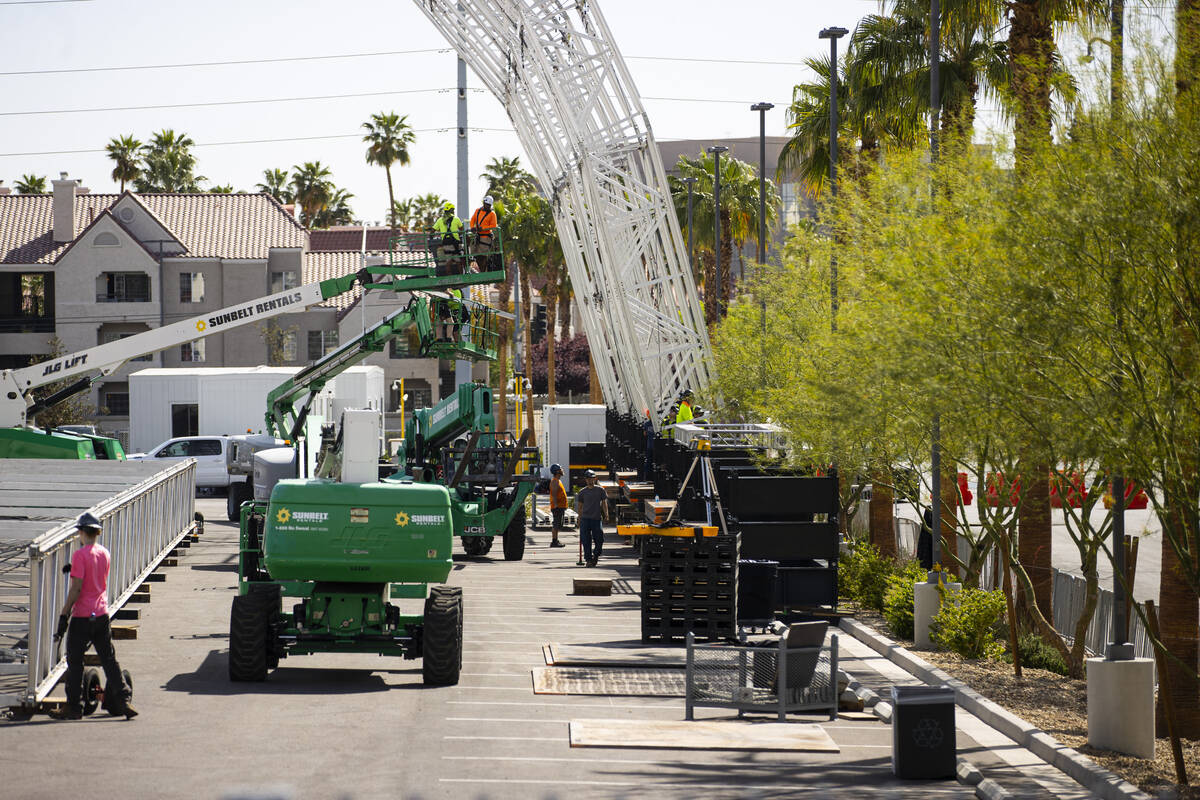 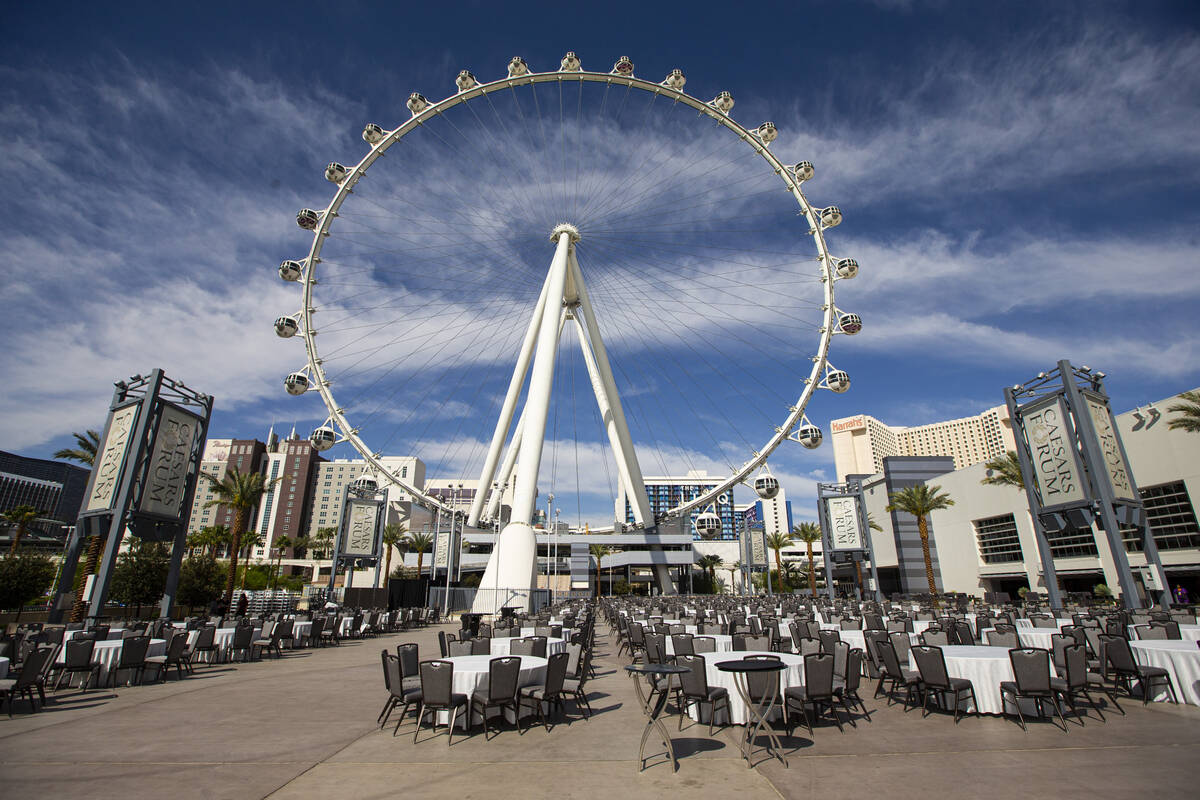 Chairs and tables are set at the Caesars Forum as the NFL Draft Theater, not pictured, is built on Monday, April 4, 2022, in Las Vegas. (Chase Stevens/Las Vegas Review-Journal) @csstevensphoto 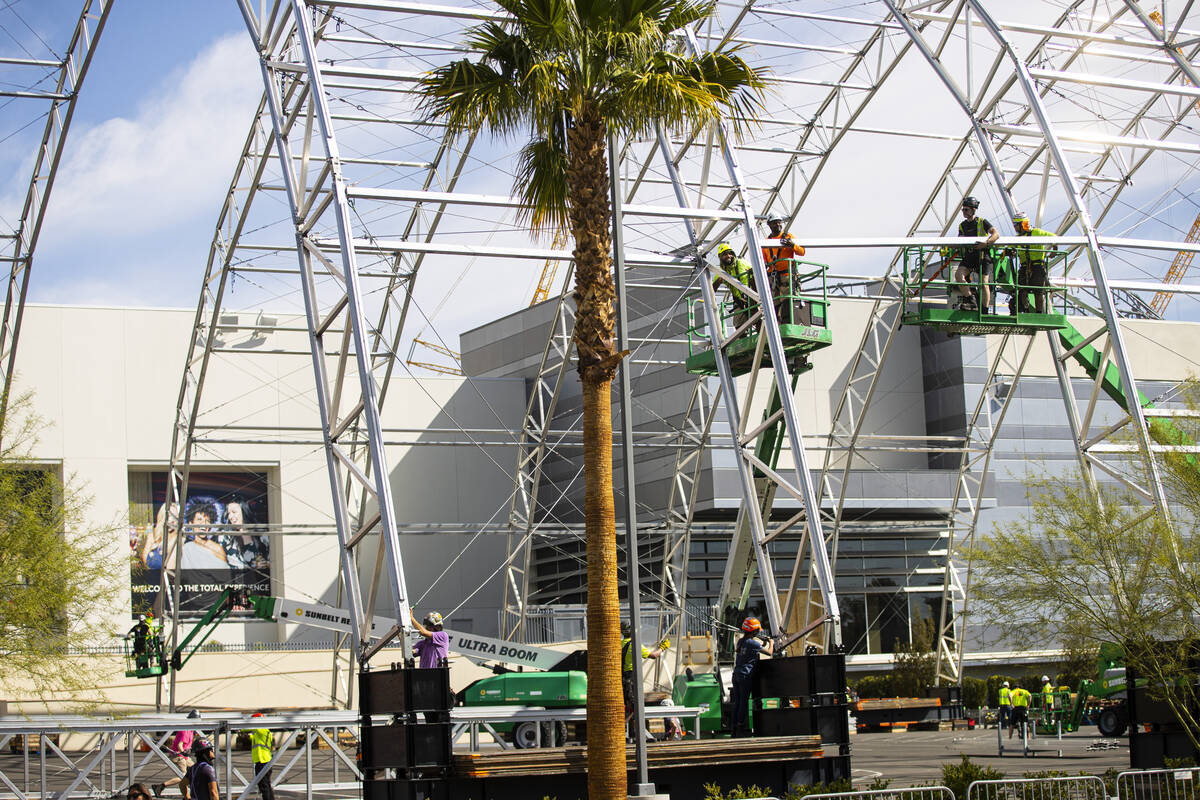 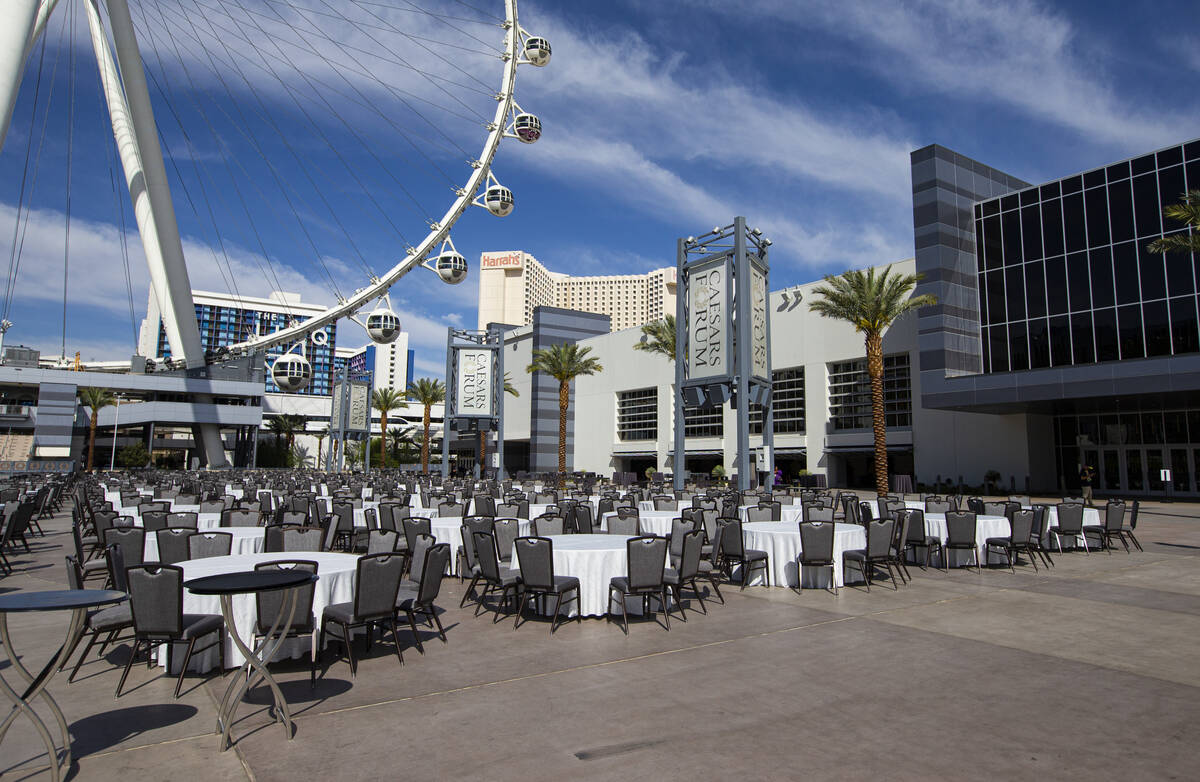 Chairs and tables are set at the Caesars Forum as the NFL Draft Theater, not pictured, is built on Monday, April 4, 2022, in Las Vegas. (Chase Stevens/Las Vegas Review-Journal) @csstevensphoto

NFL Draft crews are already in Las Vegas preparing to set up what will be football central at the end of the month.

The first truckloads of material that will make up the Draft Theater for the 2022 NFL Draft slated to take place April 28-30 arrived Monday. The skeleton of what will be the largest draft theater area in NFL history began to take shape Monday in the shadow of the High Roller at the Linq.

The area will eventually be 105 feet wide and 280 feet deep once crews are done building the draft stage area.

This area will be the main attraction for all draft-related activities, including NFL Commissioner Roger Goodell announcing the draft picks on Day 1.

The fan favorite Draft Experience will be built directly next to the draft theater area. There fans will be able to take part in various activities, see the Raiders’ three Super Bowl trophies and shop NFL merchandise. Between the two spaces there will be over 1 million square feet of space for NFL Draft activities.

Just west of the main draft area at the Bellagio will be another hot spot. There the red carpet stage will be constructed over the Fountains of Bellagio, where the top prospects will walk across on Day 1.

“Nobody can put on a better party like Vegas can,” said Gov. Steve Sisolak. “What happens in Vegas, only happens in Vegas. Because of the capacity we have with the number of rooms. With the accommodations and the amenities that are offered here, the draft is going to be really special. When you look at what we’re going to do with the fountain and what they’re going to do with the Linq, it’s going to be a real experience.”

Entry into the draft is free, but fans will need to download the NFL’s OnePass smartphone application to enter the draft areas.

Road closures tied to setting that area up will begin April 12 and are scheduled to last until May 6.