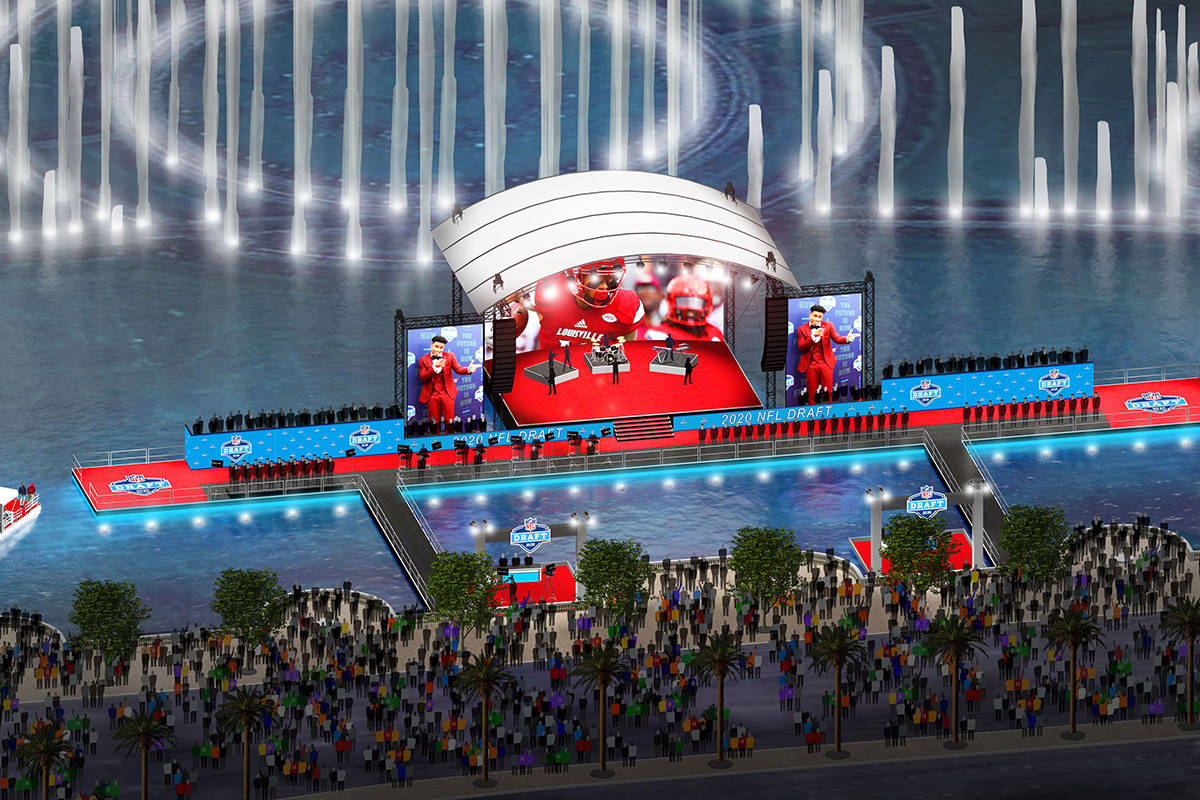 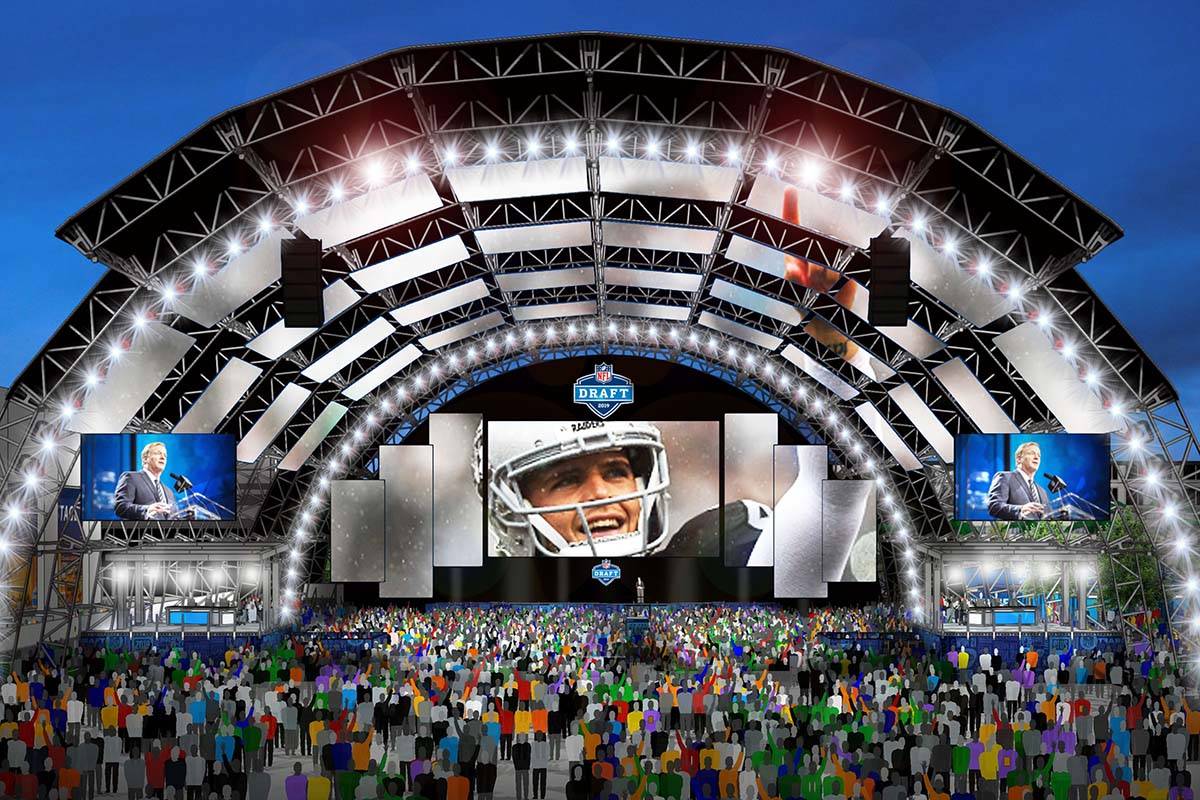 The NFL draft is coming to Las Vegas in 2022, commissioner Roger Goodell announced before the Raiders’ second first-round pick during Thursday’s draft telecast.

The draft was supposed to take place in Las Vegas this week, but the coronavirus pandemic forced the cancellation of the festivities. The draft is being conducted virtually instead.

“I’m pleased to announce that Las Vegas will host the 2022 NFL draft, where we look forward to holding an even bigger and better event than we could have ever imagined this year,” Goodell said in a statement. “Congratulations to Las Vegas, the Las Vegas Convention and Visitors Authority, the Raiders’ organization and Raider Nation.”

The Las Vegas Raiders will host the 2022 draft, and team owner Mark Davis is ready to bring the party to the city. By then, the Raiders will have called Las Vegas home for two years.

“Today the Raiders are excited to announce that the NFL has chosen Las Vegas to host the 2022 NFL draft celebration,” Davis said in a social media post by the Raiders. “Las Vegas. Let’s Shine!!”

Steve Hill, chief executive officer and president of the Las Vegas Convention and Visitors Authority, said the tourism agency is set to make it an event fitting of the entertainment capital of the world.

“We’re thrilled the NFL has given us the opportunity to host the draft in Las Vegas in 2022,” Hill said in a statement. “While disappointed we were unable to bring this exciting event to life this year, we plan to make the 87th annual NFL draft an only-Vegas experience football fans will never forget.”

The NFL’s original plans for the Las Vegas draft will transfer over to the 2022 event, with the exact dates still to be announced.

The plans for this year’s draft included introducing prospects on a stage constructed over the Fountains of Bellagio, then transporting them down Flamingo Road to the Caesars Forum, where draft choices were to be announced. Fans were expected to line up along Flamingo and Las Vegas Boulevard to greet the prospects during their commute between staging areas.

MGM Resorts International, which operates the Bellagio, said it is ready to welcome the draft and show fans what they missed this year.

“MGM Resorts is thrilled that the NFL has selected Las Vegas for its 2022 draft. Like everyone, we were disappointed this year’s program had to be sidelined,” an MGM Resorts official said in an email. “We can’t wait to show NFL fans around the world how we throw a party. For now, we hope everyone stays safe and healthy.”

The main stage and Draft Experience will be held at Caesars Forum.

Work to stage the draft in Las Vegas will occur over 24 days, with various lane closures and full road closures tied to the setup and teardown process.

Clark County Commissioner Michael Naft said that, despite the disappointment in missing out on this year’s draft, the county is ready to try again in 2022.

“The NFL knows that nothing can keep us down for long. They know that the greatest hospitality and entertainment workers in the world will be ready to welcome them come 2022,” Naft said. “Clark County will do it bigger and better than ever before. We are anxious to host what will be an incredible event.”