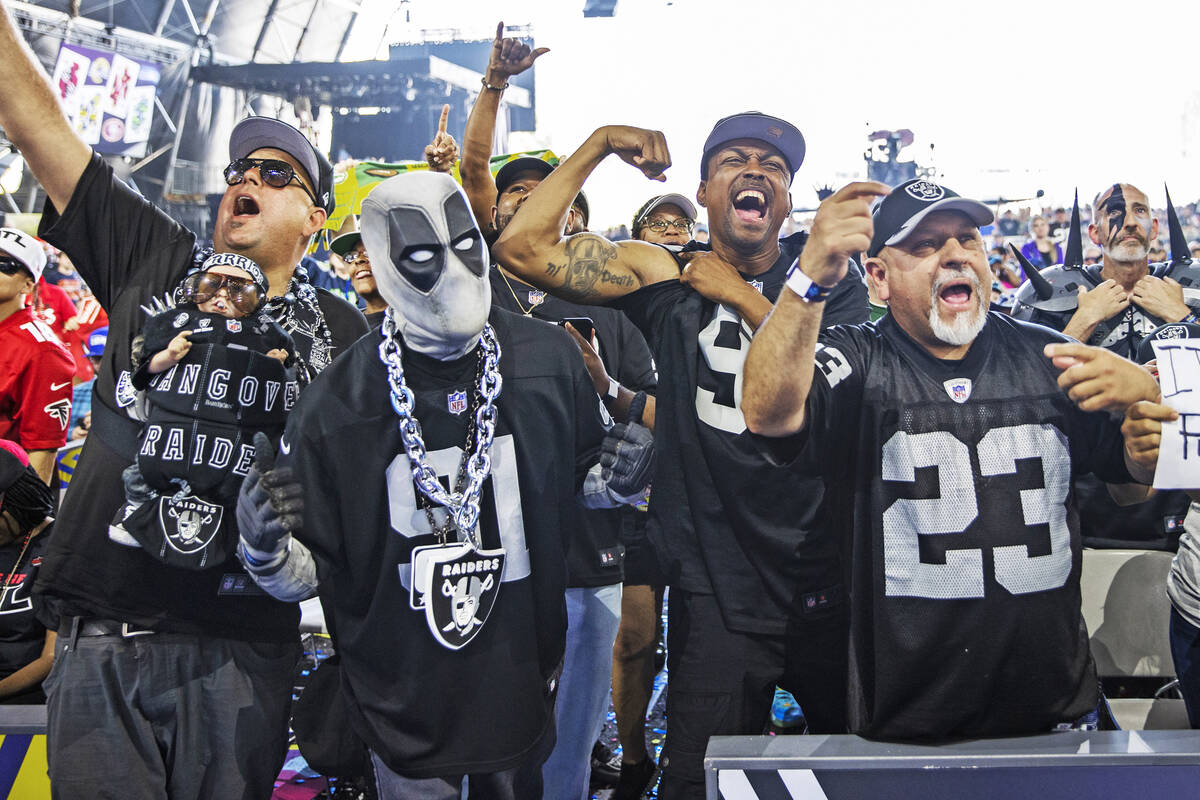 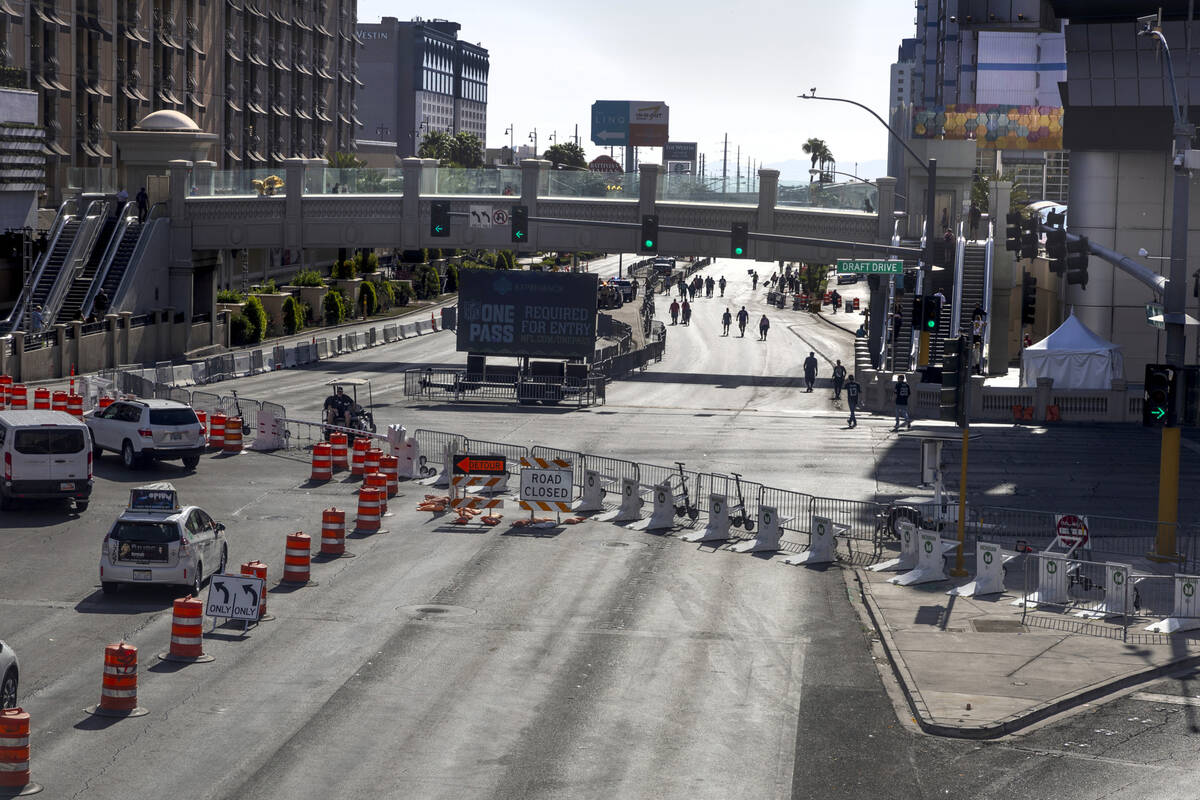 Police — who refused to comment on security preparations before the event — also said about noon Sunday that full road closures on Las Vegas Boulevard at Flamingo Road had been lifted.

Crews had started to tear down the draft structures near the Caesars Forum by Sunday afternoon, but the main draft theater was still in place. The draft experience had been closed down to tourists and passerby.

An unknown number of local and federal, and private security officers were sprinkled throughout the tourist corridor for the event, which was held in Clark County for the first time and drew hundreds of thousands of visitors.

The number of visitors was compared to the amount who visit during the mammoth New Year’s Eve festivities each year on the Strip and downtown Las Vegas.

Lane closures near Bellagio and The Linq, where the bigger portions of the draft took place, will continue through Friday.

Additional details, including arrest numbers, have not been released.