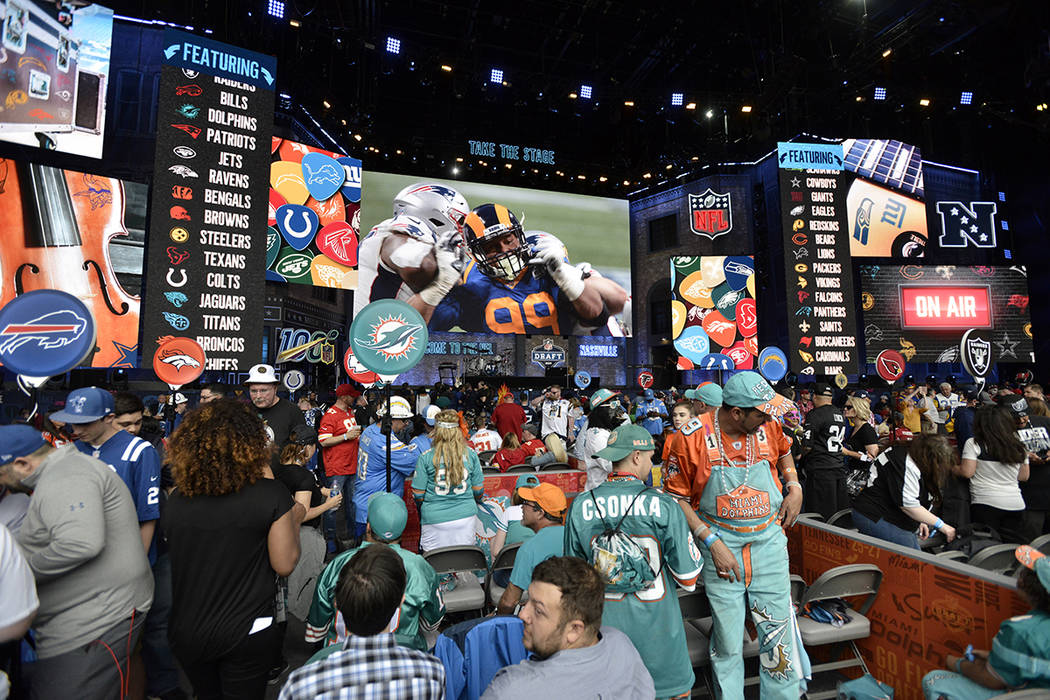 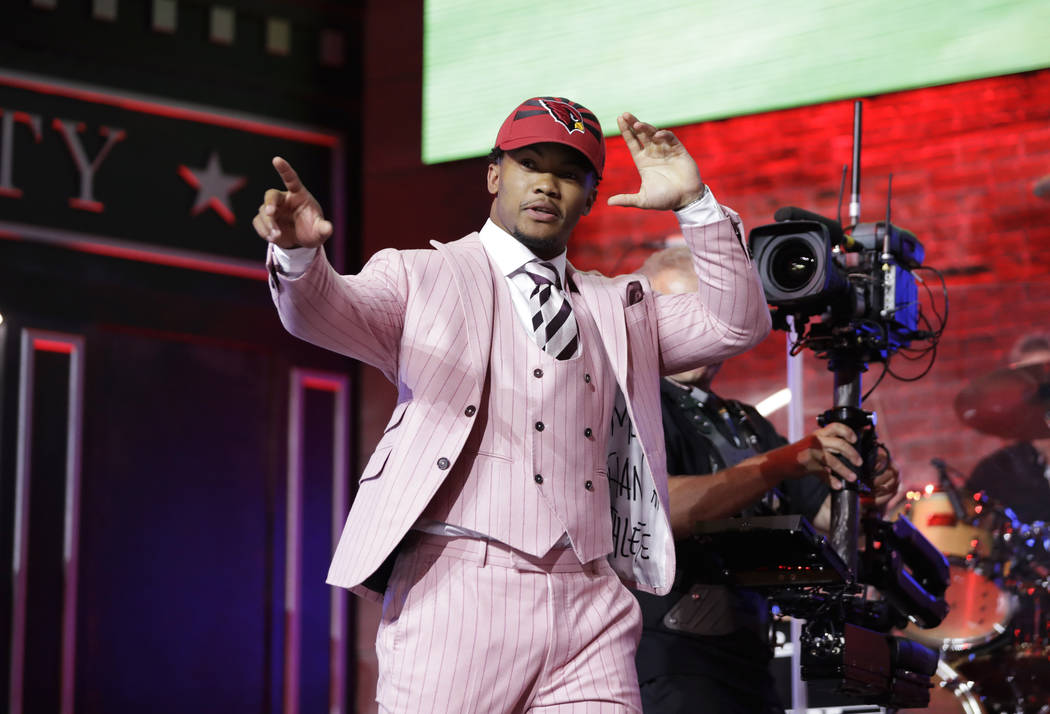 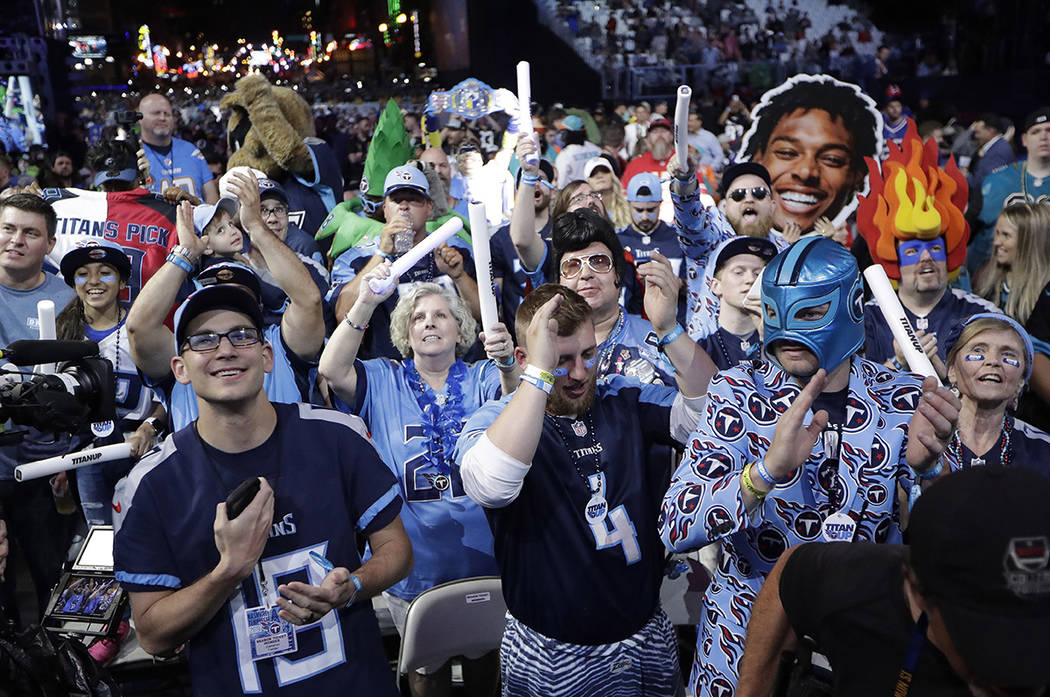 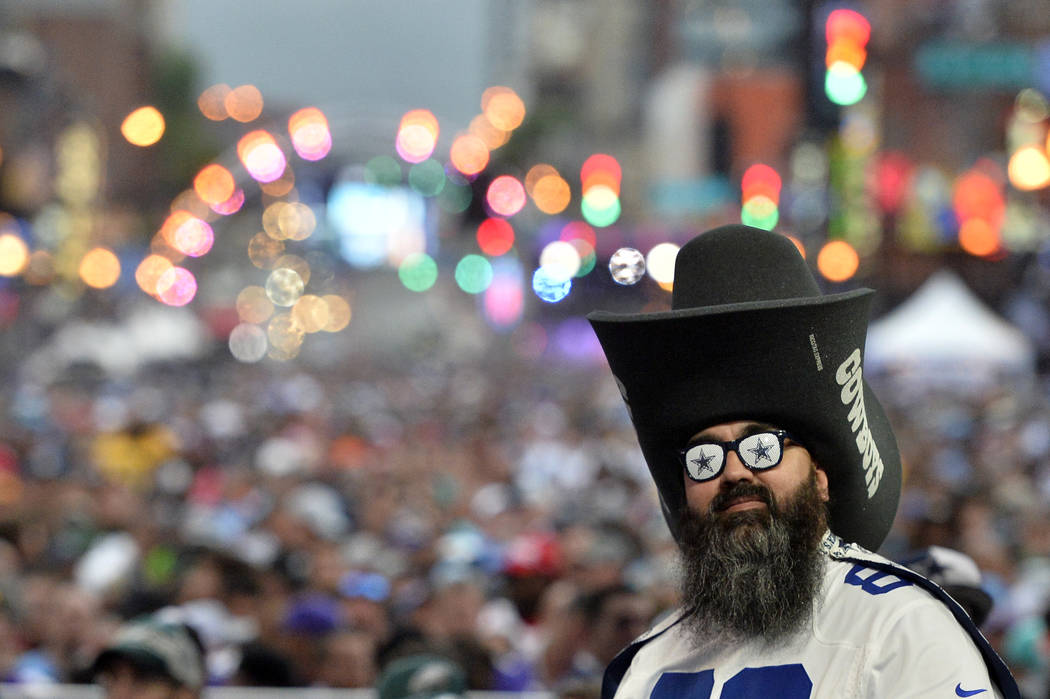 The NFL Draft is set to begin April 23 in Las Vegas, but its exact location has been a mystery.

That will change Nov. 26 when NFL representatives plan to announce that The Linq Promenade and the new Caesars Forum conference center will host what has become the NFL’s most popular off-season event, according to multiple sources familiar with negotiations and planning.

The event will be broadcast over three days, starting the afternoon of April 23 when the first of 255 players’ names will be announced and where draft picks will stride across a stage, each with a new jersey on or in hand and a hat with his new team’s logo atop his head, to shake hands with NFL Commissioner Roger Goodell.

Key to the event will likely be Caesars Entertainment Corp.’s brand-new Caesars Forum, the 550,000-square-foot event facility being built just east of The Linq Promenade at the foot of the High Roller observation wheel.

The company has said the venue could accommodate 10,000 people at a time and that it will have two 110,000-square-foot pillarless ballrooms, plus two other ballrooms with plenty of divisible space for teams and ready rooms.

The Forum will have an indoor-outdoor component that opens out to The Linq Promenade that could play into whatever plan the NFL has to showcase the event to members of the public who likely will arrive by the thousands to watch live.

In addition, the Clark County Commission in December will discuss the coordination between the county’s Public Works Department and Metro for NFL Draft plans, including the possible closure of a portion of Flamingo Road. The department and the police routinely coordinate on special events.

The key players in what is likely to be one of the biggest events on Las Vegas’ calendar in 2020 aren’t talking.

That includes the NFL; the Raiders, which assembled the bid to bring the draft to Las Vegas more than a year ago; Caesars Entertainment, which also is occupied with its planned merger with Eldorado Resorts Inc. next year; and the Las Vegas Convention and Visitors Authority, which is working closely with the NFL on logistics.

The NFL, LVCVA and Caesars Entertainment declined to comment Friday.

Here’s why the Caesars Forum makes sense as a likely candidate to host draft events:

— It’ll be a showcase for the new building. Caesars Forum’s doors open in March and the company will have the opportunity to host events prior to draft events, a shake-out before the building takes a bigger stage.

— The new venue is within walking distance of 20,000 Caesars hotel rooms. That doesn’t even count the close proximity to MGM Resorts International properties (The Mirage, Bellagio, Aria, Vdara, Park MGM, New York-New York, MGM Grand) Las Vegas Sands’ The Venetian and Palazzo, Wynn Resorts’ Wynn and Encore, and Treasure Island and The Cosmopolitan of Las Vegas. Last year’s NFL Draft drew 600,000 people to Nashville, Tennessee, and because of the anticipation for the arrival of the Las Vegas Raiders, thousands are expected to make the trek from California for the event.

— Caesars Entertainment signed an agreement with the NFL in January allowing the company to use NFL logos, including all team marks, for promotional purposes. The $30 million-a-year agreement is carefully written to exclude promotions connected to sports wagering — but permits usage rights in entertainment locations in casinos and other places that don’t include betting.

Other Las Vegas locations could be in the mix for later rounds of the draft.

In July, the Review-Journal reported about pre-draft planning based on documents and emails exchanged between the LVCVA and its marketing consultant, R&R Partners.

Planners at one time debated building a stage over the lake at Bellagio where fountains erupt nightly at the front of the hotel, but they were concerned about the prospect of closing the Las Vegas Strip in front of the hotel.

Other documents debated the possibility of using T-Mobile Arena, Toshiba Plaza and the Park Theater, which could be affected if the Vegas Golden Knights are in the midst of a Stanley Cup playoff run at that time.

Planners also considered using the Thomas & Mack Center and the Smith Center for the Performing Arts, where the Tierney Sutton Band has a gig scheduled April 24-25, at Myron’s Cabaret Jazz with nothing currently scheduled at the larger Reynolds Hall.

And, just for the record, Allegiant Stadium, where the Raiders will play their 2020 season, won’t be open yet.

But count on NFL executives and players hoping to get a look inside while they’re here since that building will be three months away from opening when the draft occurs.