RJ App
Vegas News, Alerts, ePaper
OPEN
Fans discuss their return to NFL events, having the opportunity to experience the NFL Draft in Cleveland and they look ahead to what Las Vegas may bring as the host city in 2022. (Heidi Fang/Las Vegas Review-Journal) 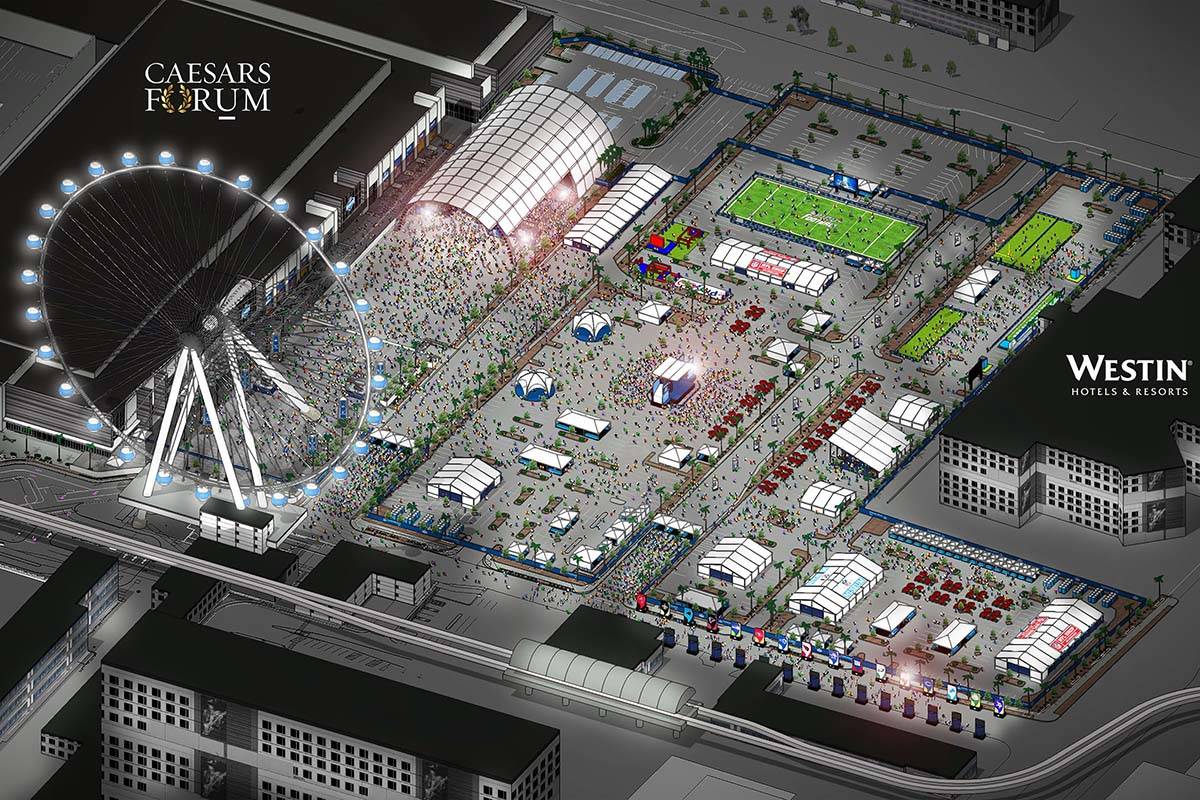 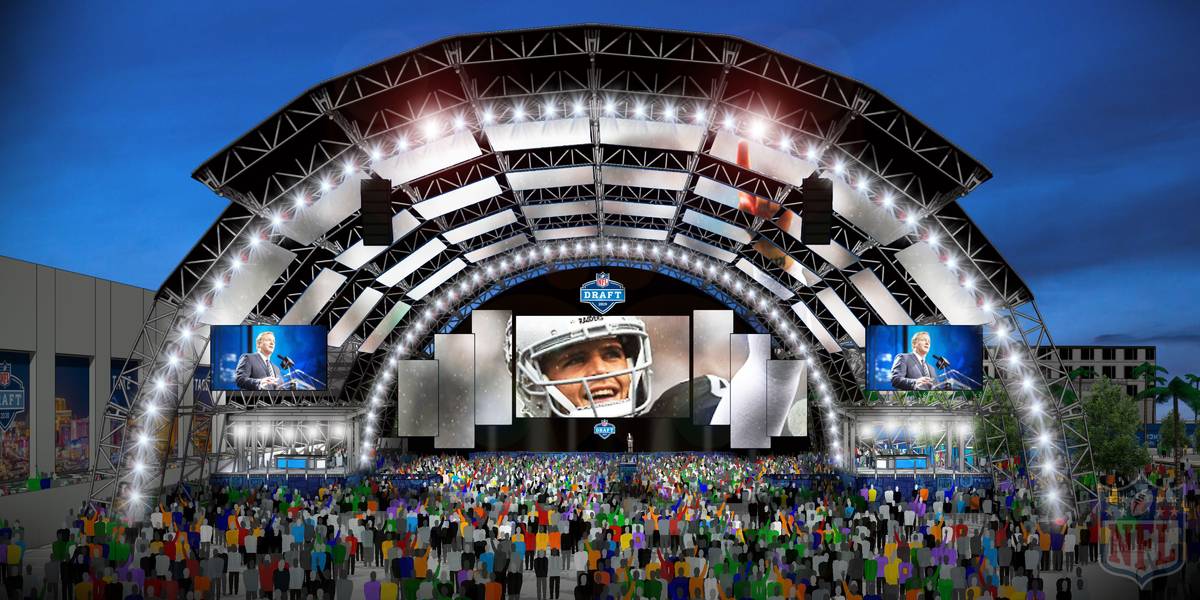 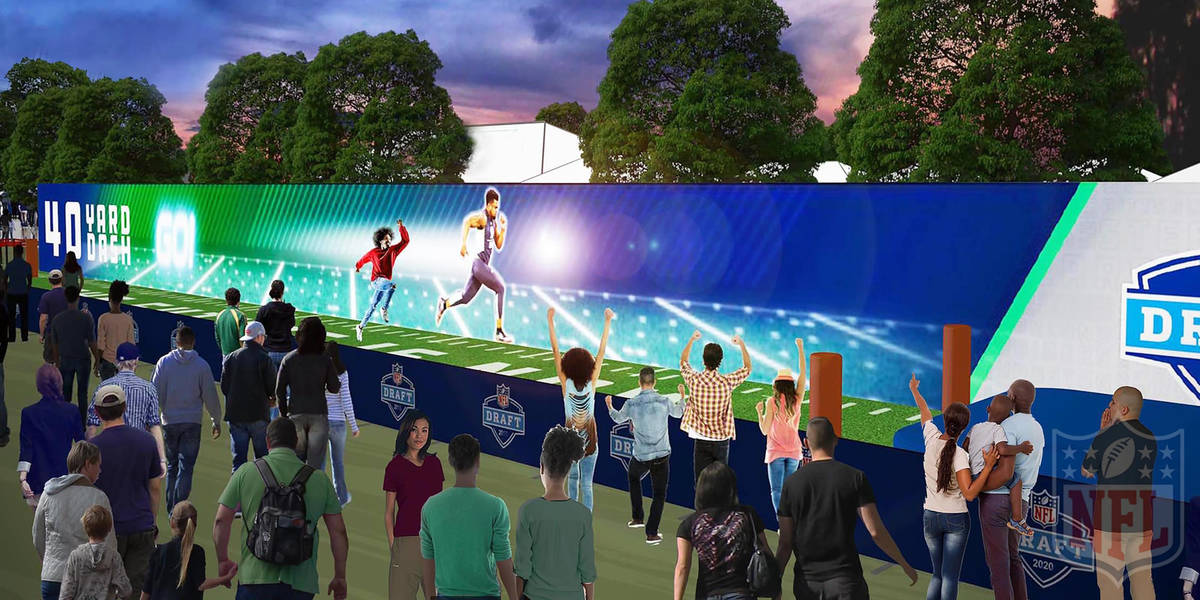 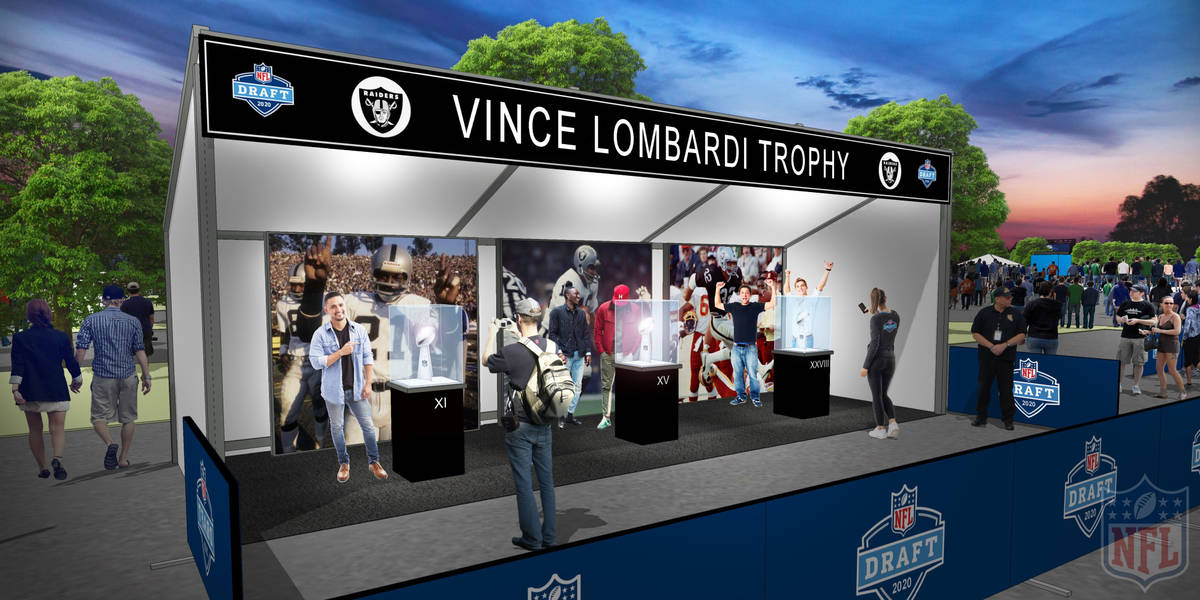 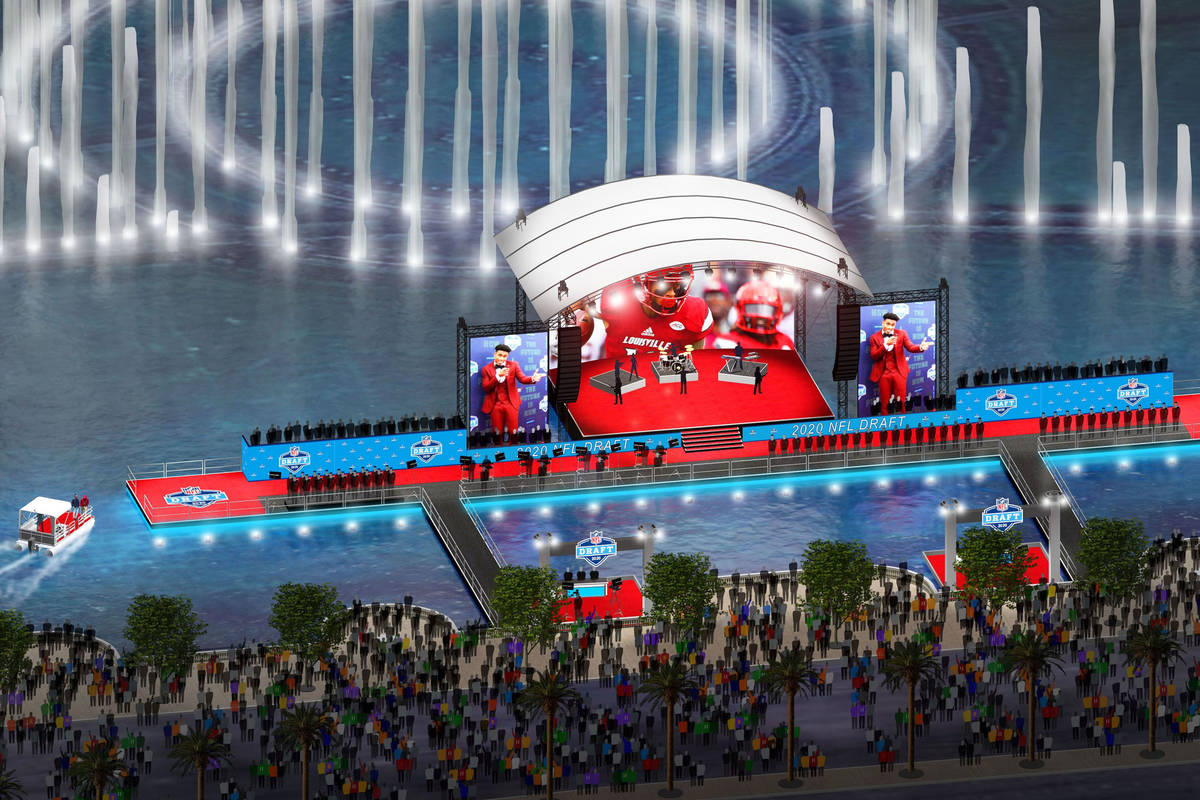 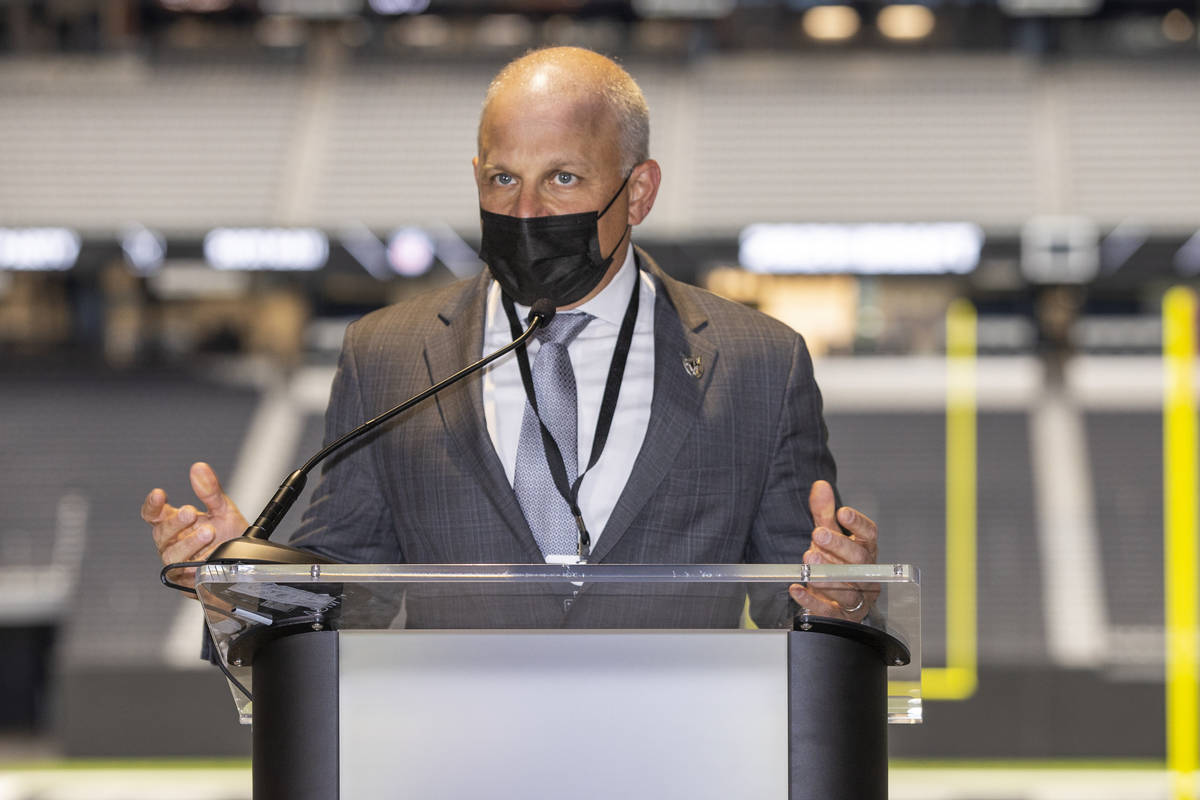 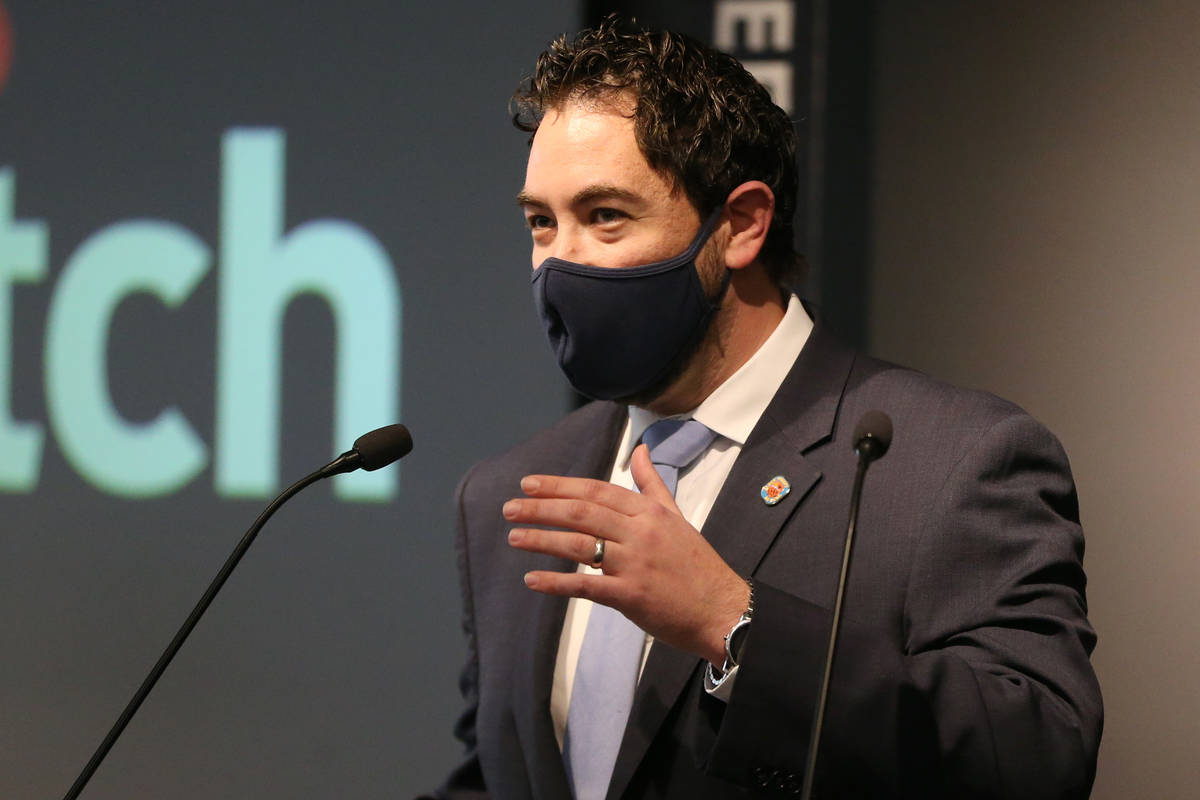 Las Vegas, you’re on the clock.

With the 2021 NFL draft ending in Cleveland on Saturday, all eyes turn to Sin City in 2022.

After being denied the chance to host the 2020 draft because of the COVID-19 pandemic, Las Vegas will hold both the Pro Bowl and NFL draft next year, following what is hoped to be a Raiders’ season full of fans at Allegiant Stadium.

“As we start to think about everything that’s available to us in the entertainment capital of the world, which is Las Vegas, we’re really excited about our plans,” said Jon Barker, NFL head of live event production.

Barker said the NFL will revisit the plans it made for the 2020 draft in Las Vegas “and see if (there) are areas that we could grow, expand or change.”

Related: Cleveland to Las Vegas on 2021 NFL draft: ‘Embrace it’

One likely change, Barker said, will be incorporating a virtual element into the Las Vegas draft, a shift the league was forced to make in 2020 and brought back in part this year in Cleveland.

Another change will be the number of prospects attending the draft. The NFL brought in 16 prospect for the draft in Cleveland and plans to have even more in Las Vegas if the pandemic subsides.

Members of the Raiders and the Las Vegas Convention and Visitors Authority were in Cleveland for this year’s draft to see if they could pick up on any ideas that might be able to translate to next year’s edition.

“We’re looking to see what kinds of safety protocols they’ve put in place. We are very hopeful that come the ’22 draft we will not need to incorporate those protocols, but we want to have a clear understanding,” said Brian Yost, LVCVA chief operating officer. “Safety will continue to be a driving factor for us regardless of viral-related protocols or not.

“The other thing that’s important to the NFL and is important to us at the LVCVA is that we make the 2022 draft Las Vegas’ draft,” Yost said. “We’re very anxious to see how they tie in the Cleveland community to make it local.”

With the grand plans under consideration and Las Vegas’ proven ability to host these types of large events, Barker said it could be the most heavily attended draft in NFL history. The 2019 draft in Nashville set the attendance record at 600,000.

“Everybody in Las Vegas told me this would be the biggest draft we’ve ever done. So I have to believe them,” Barker said. “You’re talking hundreds of thousands of people over the course of the three days of the draft. It is a significant event. It draws a lot of people, not only locally, but from across the country.”

Soon after it was decided the NFL draft in Las Vegas would be pushed to next year, conversations were already taking place between the NFL and resort executives about the 2022 edition and about preserving some of the features that had been announced for 2020.

“We were on the phone with them the week after we knew that we were going to modify the (2020) draft into a virtual event and work with them to secure all the dates, all the properties and everything that we needed for 2022,’’ Barker said. “Just having such a great partnership with Caesars got us there, and we’re really excited about that. Even MGM, they stepped up and want to play that role again in the draft.”

Plans revealed in early 2020 detailed a lavish celebration with all eyes on the Fountains at Bellagio.

The fountain, famous for its water show, was planned to serve as the red carpet stage for the first round. The top prospects in the draft would be ferried onto the stage where they’d conduct red carpet interviews with media. They would then be transported back to Las Vegas Boulevard via boat to an awaiting vehicle, which would have paraded the players down Flamingo Road to the Caesars Forum convention center, where teams would make their draft picks.

“It’s such a Las Vegas thing to do and it’s something we’re really excited about,” Barker said. “Right now we’re looking at replicating that plan … that great arrival of our prospects across the lake at the Bellagio. The imagery and the look of that is going to be special.”

The fan-friendly NFL Draft Experience is also planned to be in proximity to the Caesars Forum and the Linq area.

“To have as many fans of the NFL, whether they’re avid fans, casual fans or just being introduced to the game and families and kids, we want them all to come,” Barker said. “There’s so much there for fans.”

With the original plan already in place, all involved will use the added time to evaluate potential additions.

“Now we get to sit down for a full year with those partners and talk about how do we expand this footprint,” Barker said. “How do we weave the draft further across Las Vegas? That’s really what you want to do.”

One possibility could be including Allegiant Stadium in the draft plans. The $2 billion home of the Raiders was still under construction during last year’s planned draft and now stands likely to play a bigger role in the 2022 draft, Barker said.

“I definitely think we’re going to take a look at it and see … how can that play a part in the draft?” Barker said. “In proximity to where we are with MGM and Caesars, it’s there, so is there a way to connect those three different geographical points now and have them all play together?”

The NFL has been in contact with the Raiders throughout the year, with the two discussing ideas for the draft being held in the new home of the Silver and Black.

“We’ve been in communication with them (NFL) on other events. We’re talking about potential future Super Bowls. So there’s always an ongoing dialogue with the events team.”

With Clark County working toward being 100 percent open by June 1, there is optimism that a full capacity crowd of locals and visitors will be able to attend the week of draft activities in Las Vegas.

Barker said organizers have to plan as if they’re going to execute a full draft experience. If changes are needed for whatever reason, they can make them later.

“If we have to modify that because of where we are with COVID at that time, then those are decisions that we would make,” Barker said. “We would never go into an event, and we haven’t done this all year, trying to design an event based on COVID. We always go into an event and design a full event and then modify it to make sure we’re compliant with all protocols that are in place.”

Planning a full event allows for flexibility to deal with any issues that may arise. “We fully expect to produce the full draft in Las Vegas in 2022,” Barker said.

Full crowds and the reactions each pick receives is a large part of the draft. Barker looks forward to that playing out in Las Vegas.

“The draft itself and the theater and that moment when one of these prospects fulfills a lifelong dream and gets drafted into the NFL, having fans there to experience that is really important,” Barker said. “We expect the draft to be loud and lively and fun.”

Clark County Commissioner Michael Naft said he’s excited the draft will be among the events that will play a large role in Las Vegas returning to normal over the next year.

“When you think about everything that’s occurred during the pandemic, Las Vegas is coming back better than ever before,” Naft said. “We’ve come through tragedy. We’re reopening. We’re reemerging with a new NFL stadium, with a new convention center … and with new sports franchises and world class events that we couldn’t have even considered just a few years ago.”

Yost said the draft will provide an ideal opportunity to showcase the asset that is the Las Vegas Strip.

“There is no destination like Las Vegas anywhere,” Yost said. “The Las Vegas Strip in and of itself is an asset. We’re looking forward to featuring that. Our resort partners up-and-down the strip have been extremely supportive. They want to showcase the assets that we have to offer.”

Yost and the LVCVA are looking at hosting the draft and Pro Bowl next year as a way to strengthen the city’s footprint in professional sports.

“We’re just ecstatic to have it and to further cement the destination as truly a sports destination,” Yost said.