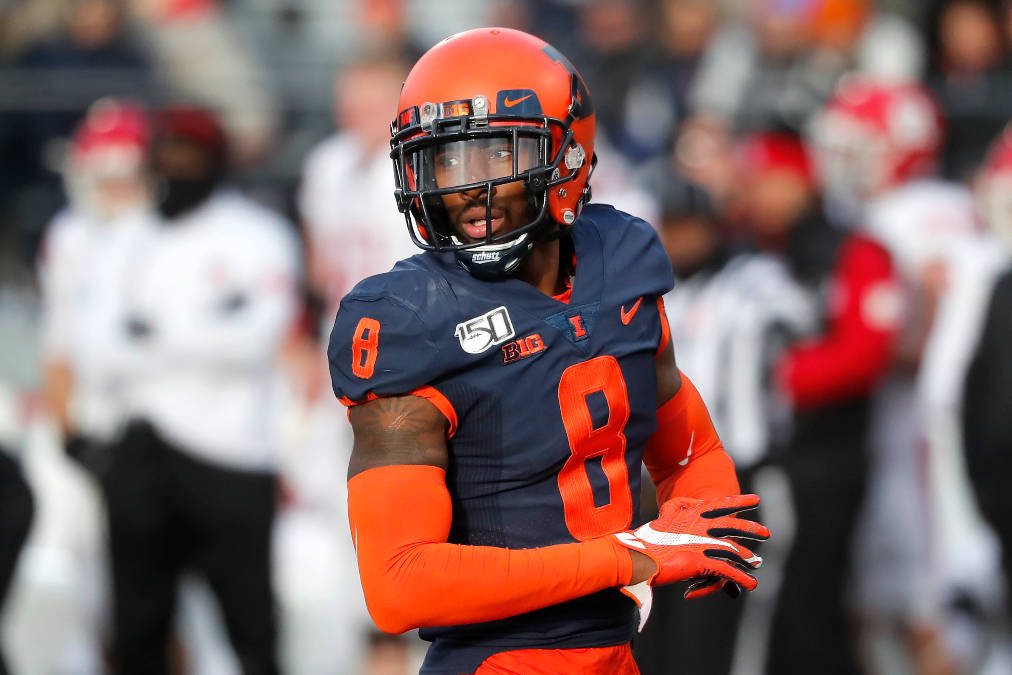 Illinois defensive back Nate Hobbs sets up on defense during the second half of an NCAA college football game against Rutgers Saturday, Nov. 2, 2019, in Champaign, Ill. (AP Photo/Charles Rex Arbogast) 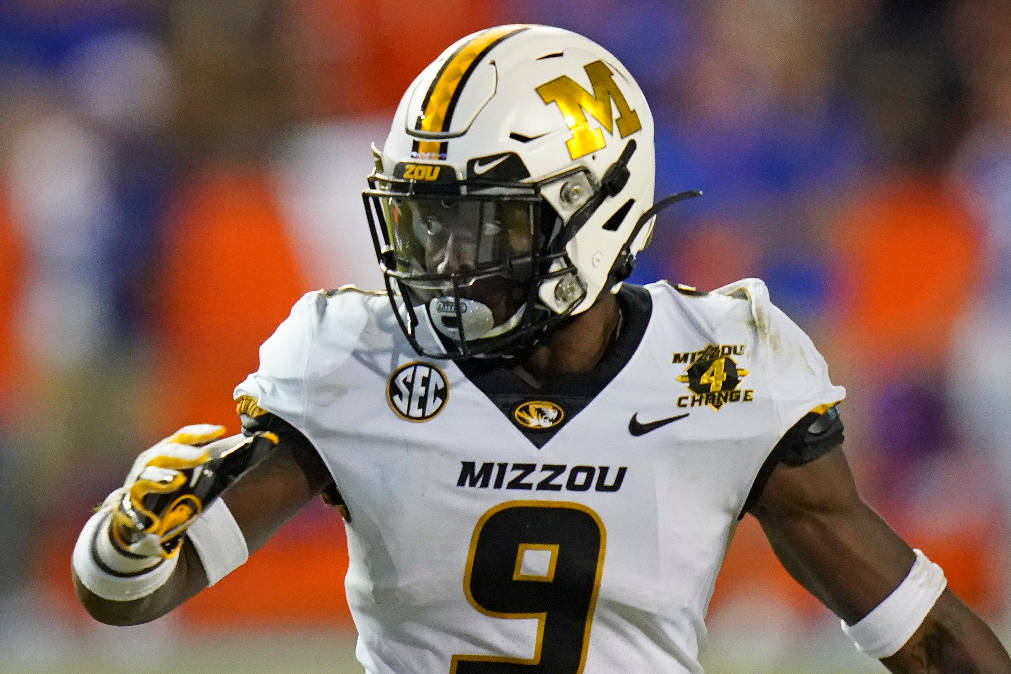 Missouri safety Tyree Gillespie looks to cover a play against Florida during the first half of an NCAA college football game, Saturday, Oct. 31, 2020, in Gainesville, Fla. (AP Photo/John Raoux) 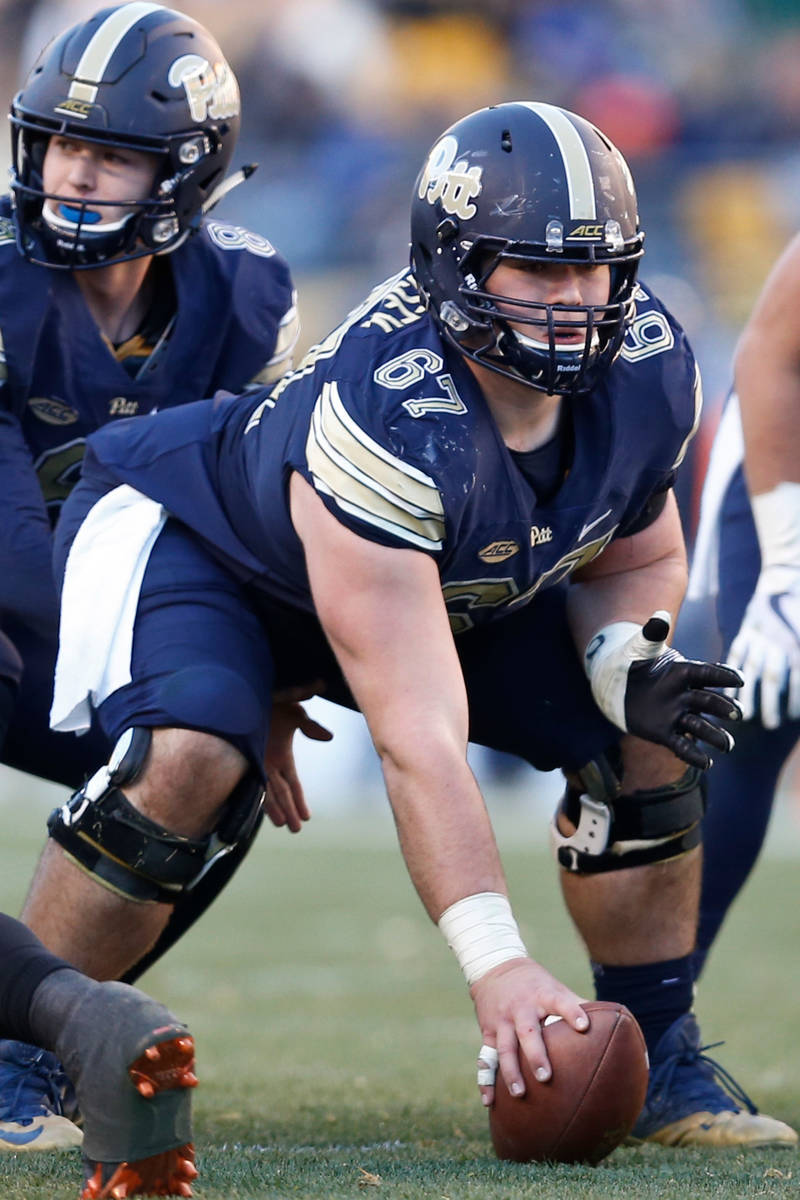 Time will tell if the heavy investment the Raiders made on defense during the draft will have the desired effect. There are no guarantees any player selected will make a successful transition from college to the NFL, and that goes for the first player taken right down to the last.

But this much is clear: The Raiders understood a defense that surrendered the third-most points in the NFL needed major help.

Beginning with the hiring of defensive coordinator Gus Bradley last January, the addition of defensive end Yannick Ngakoue and six other defensive players in free agency and the six draft picks the Raiders devoted to that side of the ball over the last three days, they backed up that understanding with action.

In fact, the only offensive players the Raiders selected came with their first pick, Alabama tackle Alex Leatherwood, and their last, Pitt center Jimmy Morrissey.

“We knew we had to address our defense. We had to on all three levels,” said Raiders general manager Mike Mayock. “We’re happy we were able to.”

All of which culminated with the two defensive backs they added between rounds four and seven on Day Three of the NFL draft on Saturday, the highlight being the nifty maneuvering they made in the fourth round to grab Missouri safety Tyree Gillespie with the 143rd pick.

The Raiders began the day without a pick in the fourth thanks to a Day Two trade on Friday to move up five spots in the second round to secure TCU safety Trevon Moehrig. But Gillespie impressed them so much during the evaluation process — including a revealing Pro Day performance with Raiders staff in attendance — they decided to deal one of their fifth-round picks (No. 162) and their sixth-round pick (No. 200) to the New York Jets to move into the fourth round to get him.

“At a certain point he stuck out like a sore thumb on our board,” Mayock said. “It wasn’t about need. It was about a really good football player available much later than we thought he’d be available.”

The appeal is obvious. The 6-foot, 210-pound Gillespie played both safety positions during his four-year career at Missouri and was particularly strong in run defense, coming up with 144 tackles and 6.5 sacks during his three years as a starter.

Gillespie projects initially as a rotational sub-package player, while also putting veteran safety Johnathan Abram on notice. While Abram struggled last season playing sound, assignment football, some of his issues were in how former defensive coordinator Paul Guenther utilized him.

Abram is a skill-set fit as a strong safety near the line of scrimmage in Bradley’s Cover-3 defensive scheme and will get the necessary time to seize that position. But Gillespie now waits in the wings, either has a depth piece or potential successor.

Whatever role Gillespie plays initially or long range, he expressed confidence he can deliver. “Just put me on the field and let me make plays,” he said.

The Raiders doubled up in the secondary with their fifth-round pick (No. 167), drafting Illinois cornerback Nate Hobbs, a four-year starter with extensive experience as a press-cover corner in the Cover-3 scheme.

An injury cut down Hobbs’ senior year to just five games, but over his career he had 168 tackles, including 12.5 for loss, three interceptions and 18 pass breakups. Hobbs played both outside and inside at Illinois and is expected to be thrown into the mix at slot cornerback, where the Raiders need a replacement for Lamarcus Joyner.

“He was probably one of the most physical corners in the draft, and we believe we can move him inside,” said Mayock, who left the door open for Dobbs to get a look outside as well.

The Raiders wrapped up their draf with the selection of Morrissey, a walk-on at Pitt who ended up becoming a four-year starter, two-time captain and a two-time All-ACC selection. With Andre James the de facto starter at center and veteran Nick Martin also in the mix, Morrissey will likely spend a developmental year under the tutelage of Raiders offensive line coach Tom Cable.

Although he played center exclusively at Pitt, he did see some time at guard during the Senior Bowl and acquitted himself well.