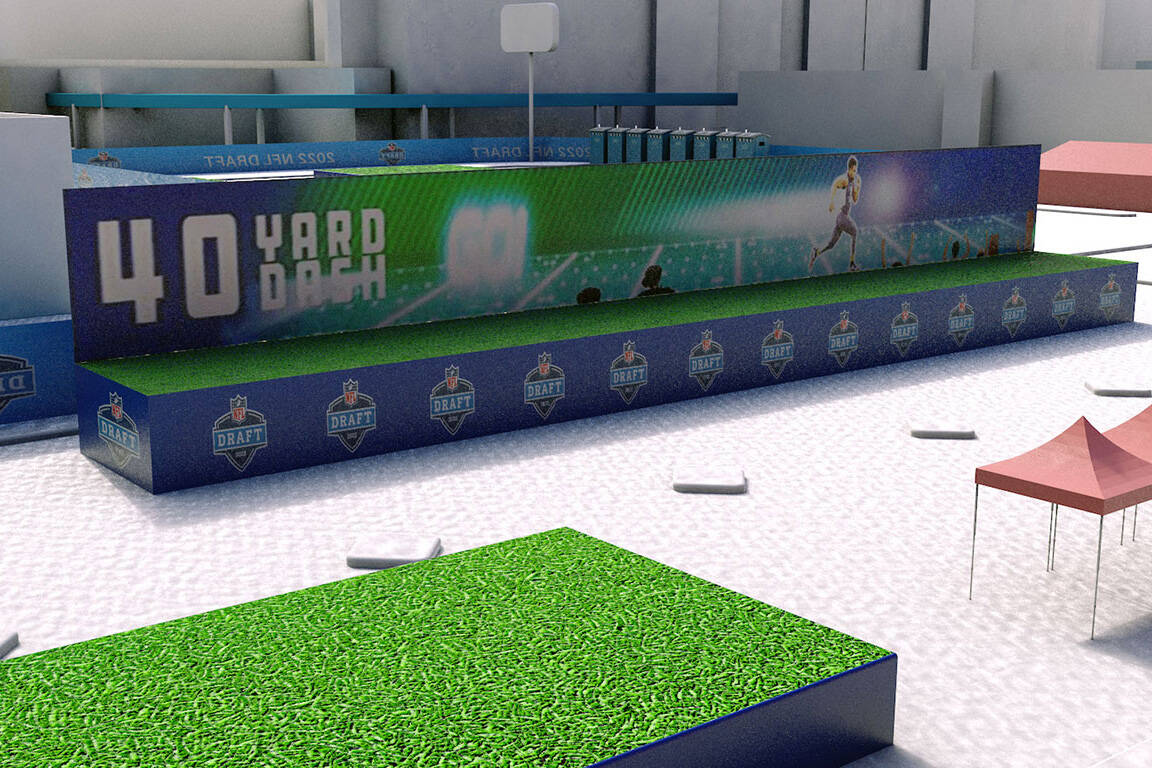 NFL draft attendees can put their skills to the test at the NFL Draft Experience, which boasts over 1 million square feet of event space.

NFL officials are set to give media a sneak peek of the area that features an interactive theme park, NFL player appearances, food and beverage options and specialty retail items available only in Las Vegas for the draft.

The fan experience is located next to the draft theater, which sits behind the Linq hotel.

Some events that will be included in the experience include:

40-yard dash: Fans can see how they stack up against other fans in attendance and NFL players who will race them virtually on the 40-yard LED wall that serves as the backdrop of the activation.

Vertical jump: Just like the draft prospects did during the NFL scouting combine, fans can see how much hops they have in the vertical jump game. The vertical jump is measured from the length of each participant’s reach to the flag they are able to hit above.

Field goal kick: Fans can see how far they can line up and nail a kick at the field goal challenge event. Maybe it will give participants more perspective the next time they’re yelling at their TV screen when their team’s kicker misses a game-changing field goal.

FedEx Ground Challenge: Participants will catch a punt and weave their way through obstacles as they race down the field to the end zone.

NFL Play 60 zone: The NFL Play 60 zone will feature various attractions, including a football target toss, a photo booth, a dance-off zone and NFL Flag football on-field clinics. Kids ages 6 to 17 can participate in the daily clinics run by coaches that are open on a first-come, first-served basis.

Those of age can also grab a drink at the Bud Light Draft Tavern.