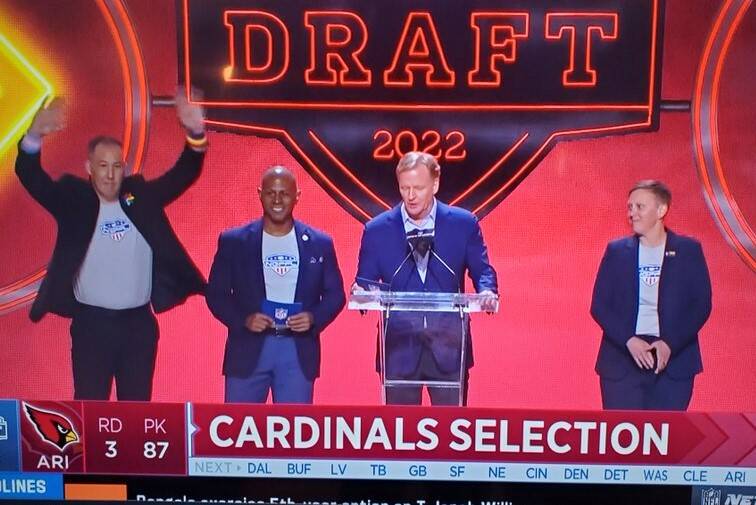 A Twitter screen shot of NFL Commissioner Roger Goodell introducing members of the National Gay Flag Football League during Friday’s third round of the draft at Caesars Forum. 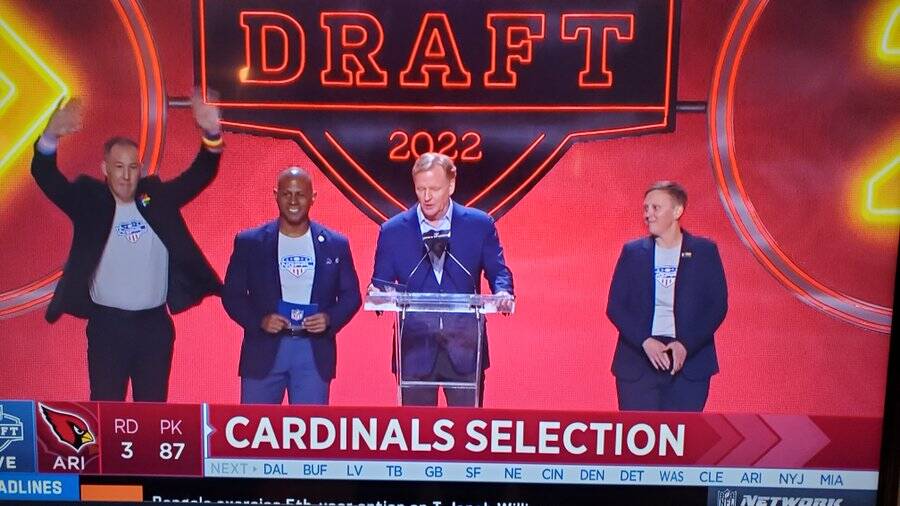 A Twitter screen shot of NFL Commissioner Roger Goodell introducing members of the National Gay Flag Football League during Friday’s third round of the draft at Caesars Forum.

NFL Commissioner Roger Goodell introduced members of the National Gay Flag Football League during Friday’s third round of the draft at Caesars Forum.

As for Goodell’s introduction, it predictably drew plenty of reaction on Twitter. It came as a shock to some of the most dedicated football fans that this was the first they heard of such a league.

Imagine you wait your whole life to get drafted and then the National Gay Flag Football League calls your name #NFLDraft #GayFlagFootballLeague pic.twitter.com/bO7N7tyPlR

The @nflcommish personally introduced the National Gay Flag Football League at the #NFLDraft.

The @NFL is a welcoming place. As we've been saying for years. https://t.co/W6Laa2EKKn pic.twitter.com/cj7h4Yz1NR

The only thing I'm taking away from the NFL Draft is that there is a National Gay Flag Football League. I could care less about anything else in this draft. I need to know more about gay football!!!

Wait, did he say the national gay football league? Since when did this happen? Is it like the afl or xfl? I have so many questions #NFLDraft

I think gay flag football league was shown on ESPN 8: The Ocho

It’s amazing! There was a “former long-snapper/ magician” and ppl are complaining? There’s a Gay Flag Football League! Wayne Newton just crushed half a nitrous tank backstage and thought Memphis was Mississippi!