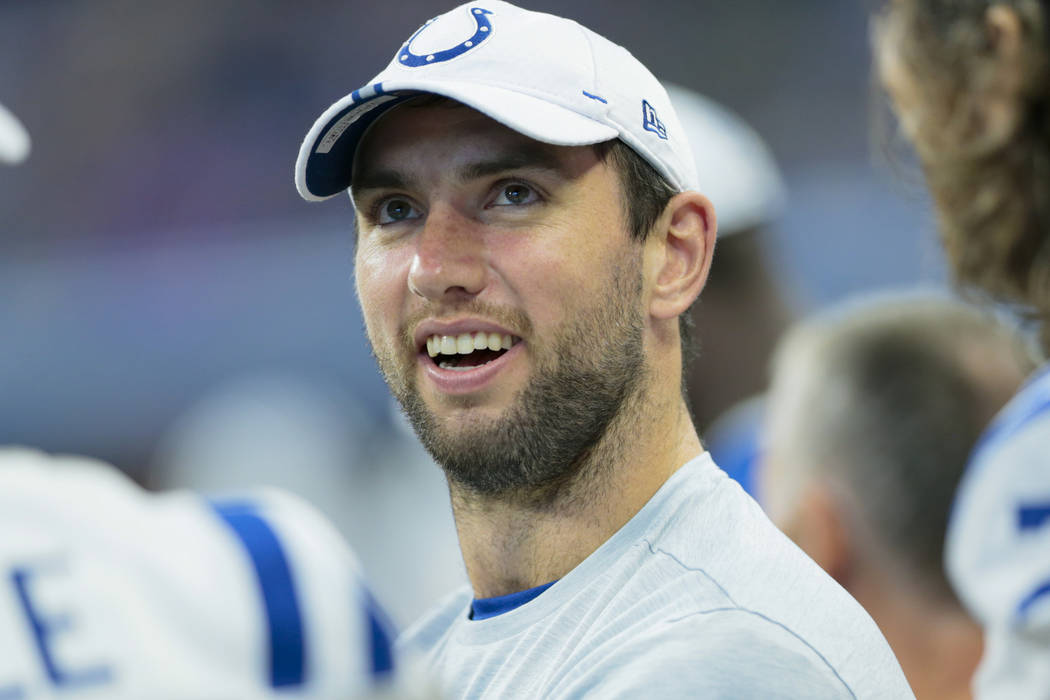 Indianapolis Colts quarterback Andrew Luck (12) on the sidelines during the second half of an NFL preseason football game against the Cleveland Browns in Indianapolis, Saturday, Aug. 17, 2019. (AP Photo/AJ Mast)

“I am going to retire,” he said. “This is not an easy decision. It’s the hardest decision of my life. But it is the right decision for me.”

Luck, 29, was the No. 1 overall pick in the 2012 NFL draft and was named to four Pro Bowl teams. After missing the entire 2017 season with a shoulder injury, Luck was the 2018 AP Comeback Player of the Year for leading the Colts to a 10-6 record and a playoff berth.

While the news is reverberating all over the NFL, it directly affects the Raiders, who will play the Colts on the road in Week 4. Jacoby Brissett is now expected to be Indianapolis’ starter in 2019. The Colts acquired him just before the start of the 2017 season, and he played in Luck’s stead from the second half of Week 1 that season through the end of the year.

Luck was regarded as a sure bet at quarterback when he entered the league. He lived up to the hype through his first few seasons — leading the league with 40 touchdown passes in 2014. But then Luck began to deal with a series of injuries. In 2015, Luck suffered a lacerated kidney and partially torn abdominal muscle that kept him out from mid-November through the rest of the regular season.

Then after the Colts rewarded him with a $140 million contract extension, with $87 million guaranteed, in the 2016 offseason, Luck missed a game during that season due to a concussion.

This summer, Luck has reportedly been dealing with ankle and calf injuries, and had not been practicing during camp. According to ESPN’s Adam Schefter, Luck is mentally worn down from all the injuries and rehab.

Raiders quarterback Derek Carr tweeted in response to the Luck news, saying in part, “Wow always enjoyed playing against him … Wish him the best.”