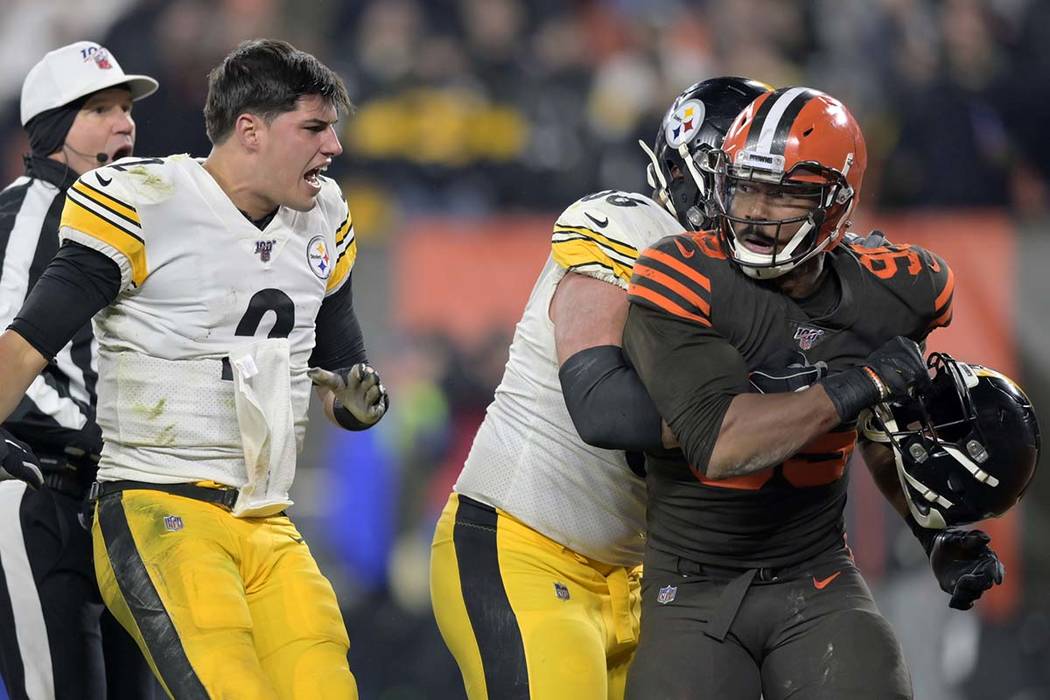 CLEVELAND — Cleveland police say they are not investigating Browns player Myles Garrett for striking a Pittsburgh Steelers quarterback in the head with a helmet.

And a city spokeswoman says the prosecutor can’t comment because Rudolph hasn’t filed a complaint.

Rudolph’s agent, Tim Younger, tells media outlets that no legal options “have been removed from the table.”

Garrett pulled off Rudolph’s helmet during a melee at the end of Thursday night’s game in Cleveland and used it to strike him on the head.

Garrett is the NFL’s No. 1 overall pick in 2017 and was ejected from the game. The NFL on Friday suspended Garrett indefinitely.