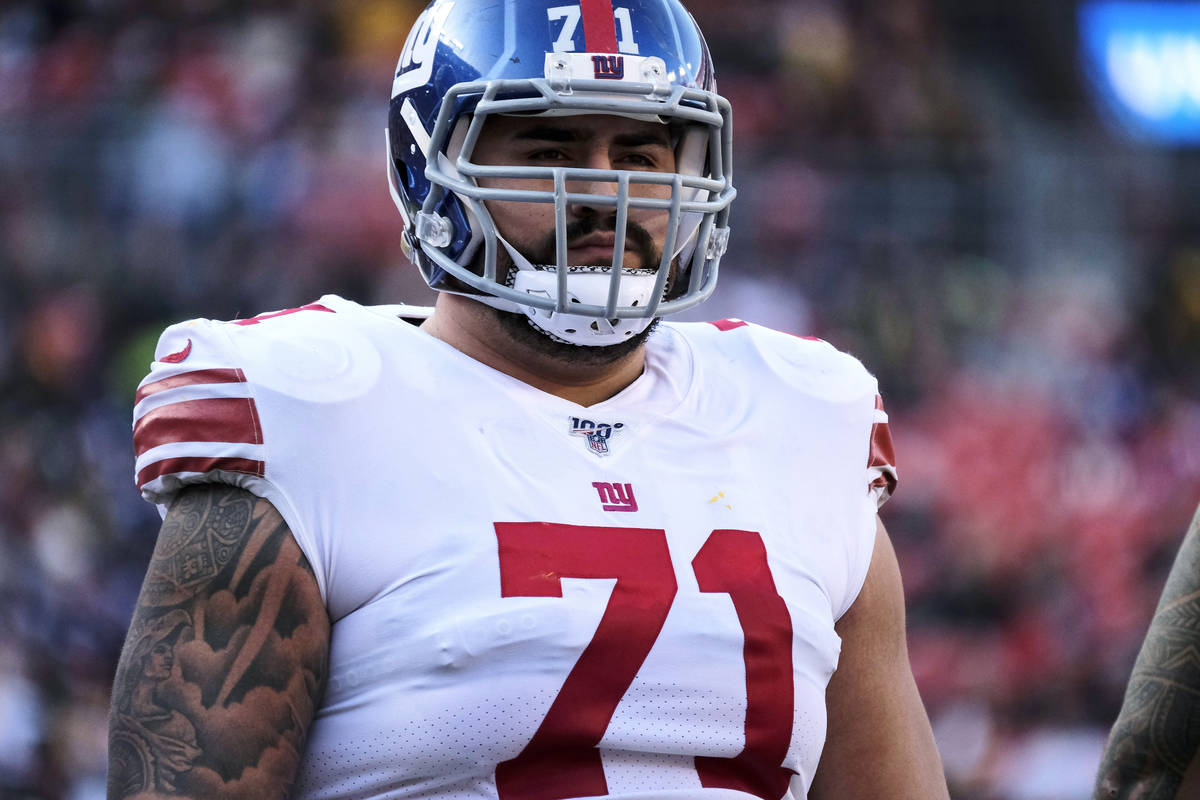 In this Dec. 22, 2019, file photo, New York Giants offensive guard Will Hernandez stands on the field during the team's NFL football game against the Washington Redskins in Landover, Md. Hernandez, who has started every game since being draft in 2018, was placed on the reserve COVID-19 list on Thursday, Oct. 29, after testing positive for the virus. (AP Photo/Mark Tenally, File)

Four of the New York Giants’ five starting offensive lineman did not practice after one of them tested positive for COVID-19 and went into isolation.

Left guard Will Hernandez, who went to Chaparral High School, and has started every game since being drafted in 2018, was placed on the Reserve/COVID-19 list late Thursday afternoon. He is in isolation.

The only starter at practice was right guard Kevin Zeitler.

Coach Joe Judge is hoping to get most of his lineman back for Monday night’s game against the Tampa Bay Buccaneers.

The Giants learned of the positive result Wednesday night and contact tracing began.

On Tuesday, Giants coach Joe Judge said he had spoken with quarterback Daniel Jones and several other players about a video taken last weekend in which they were shown without masks in public. Judge said the team would handle the matter internally.

Jones, injured running back Saquon Barkley, receiver Sterling Shepard and other players had dinner at a New York City restaurant in private. Afterward, some went to a closed bar at the invitation of the owner. They were filmed there without masks. None of those players is involved in the current COVID-19 incident.