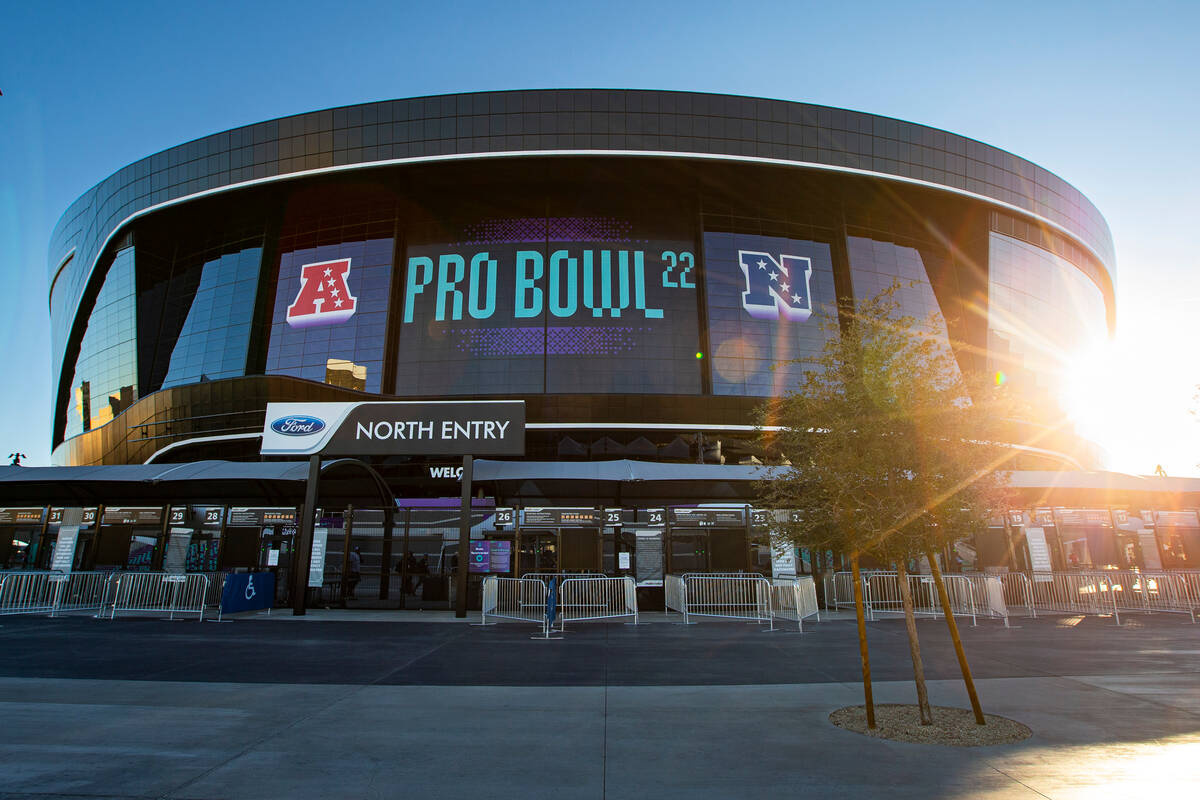 A re-imagined NFL Pro Bowl is set to occur in February at Allegiant Stadium.

The NFL Pro Bowl Games will be highlighted by several skills competitions, culminating in three flag football games. Tickets are available now and start as low as $35.

The week kicks off Feb. 2 with the Pro Bowl Skills events pitting NFL stars against one another in competitions that will include previous fan-favorite challenges and newly added ones. The skills event will take place at the Raiders’ Henderson practice facility and air live from 4 p.m.-5:30 p.m. on ESPN.

On Feb. 5, the Pro Bowl Games will conclude with three additional skill challenges and the three flag football games at Allegiant Stadium. The Pro Bowl Games is set to air live on ESPN from noon-3 p.m. Feb. 5.

Those Sunday challenges will be:

Move the Chains: A strength and speed challenge featuring offensive and defensive linemen.

Best Catch Finals: Two players selected by fans from the skills events will face off to see who earns the title of best catch.

Those challenges will be followed by a performance by a yet-to-be-named “major” musical act.

The three flag football games will cap the weekend and feature AFC versus NFC teams facing off in seven-on-seven games on a 50-yard field with 10-yard end zones.

There will be two 20-minute games with two halves, with touchdowns worth six points and one-point conversion chances from the 5-yard line after a touchdown.

“This season, we are excited to offer fans an unparalleled experience with the new elements and format of The Pro Bowl Games,” Peter O’Reilly, executive vice president of club business and league events, said in a statement.

“With a spotlight on flag football and exciting Pro Bowl skills, fans can watch their favorite players live and in person as they compete in an entirely revamped way. We can’t wait to share this experience with our players, their families and fans.”

The event will mark the second straight year Las Vegas has hosted the Pro Bowl. The 2022 version drew a crowd of 45,672.