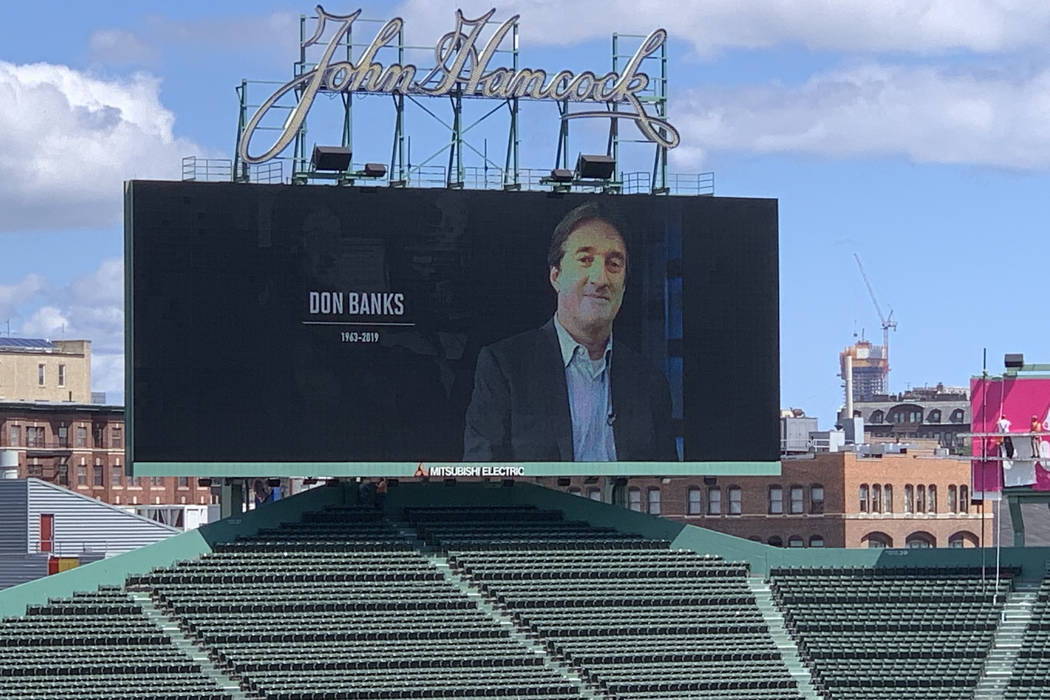 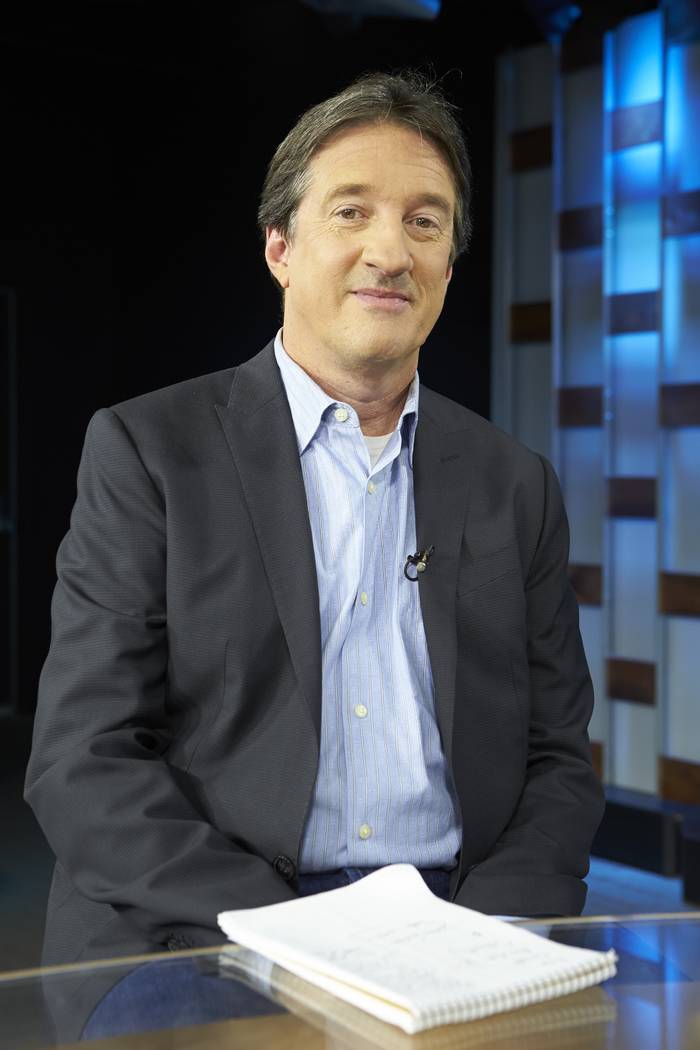 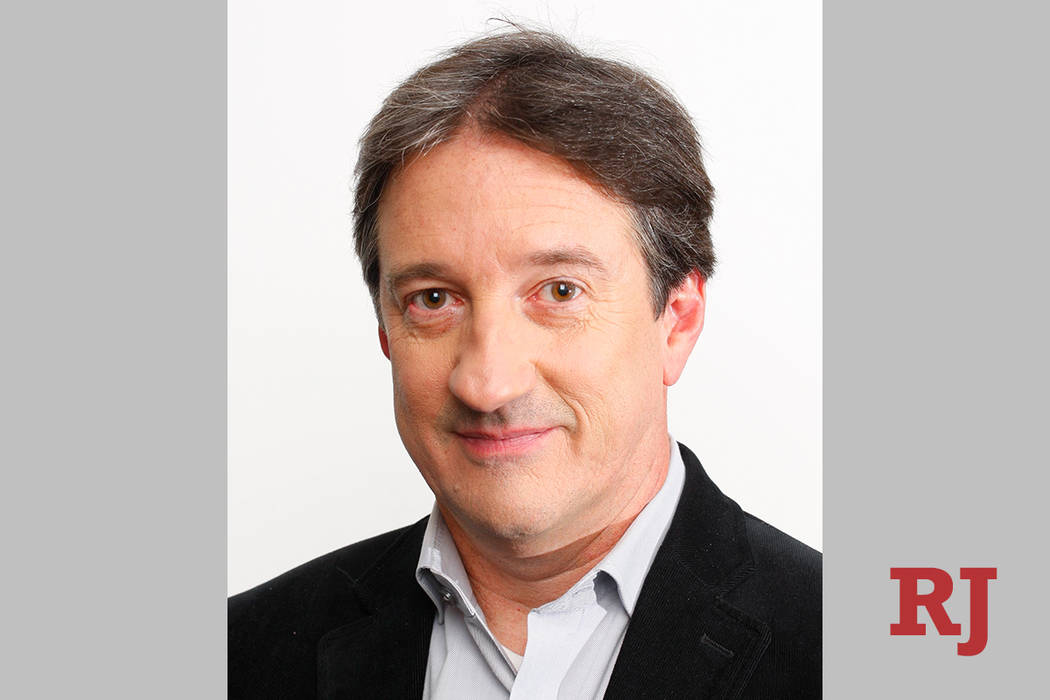 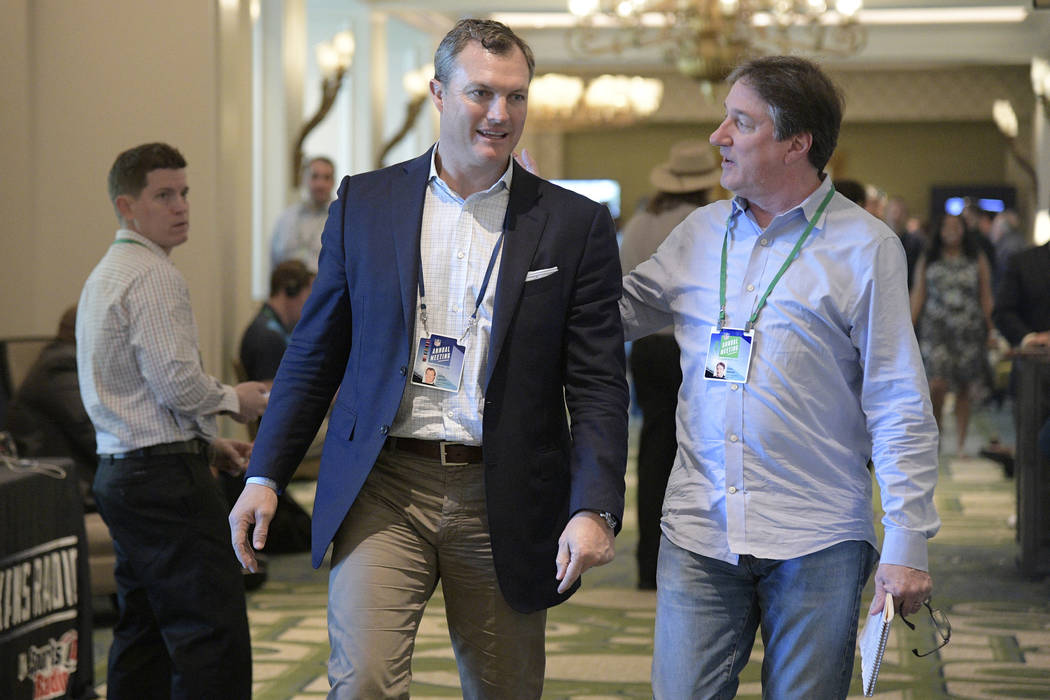 BOSTON — He was a highly respected NFL reporter, but Don Banks truly loved baseball — and the Red Sox.

His son Matthew Banks said it was the tie that bound his family together throughout the year. His dad would fly friends and loved ones into Boston for a playoff game at a moment’s notice.

That’s why it was fitting that Banks’ memorial service Saturday was held in the EMC Club at Fenway Park, his face shown on video screens around the stadium, including the large one beyond center field.

“You can talk football all you want,” said Frank Rucci, his father-in-law. “But this place was special to him.”

Banks died Aug. 4 during the Pro Football Hall of Fame weekend in Canton, Ohio, while on assignment for the Review-Journal. His only story for the RJ — about what the Raiders should expect from their turn on HBO’s “Hard Knocks” production — was published in that day’s print edition. He had begun working for the company four days earlier.

His career spanned nearly 40 years, beginning with an internship at the then-St. Petersburg (Florida) Times. He most notably covered the NFL for Sports Illustrated for 15 years.

The service was led by his brother Doug Banks, who is a minister in Chicago. He talked about Don’s love of football starting in their backyard, where they used to imitate Baltimore Colts hall-of-famers Johnny Unitas and Raymond Berry, throwing passes and running precise routes.

Farmer, who was known by their spouses as Banks’ “road wife,” said Banks was more than a reporter. He understood kindness and he understood people, he said.

“That’s what made him such a great journalist,” Farmer said. “People would open up to him.”

The tributes didn’t stop at the dais or on the video screens. ESPN New England Patriots reporter Mike Reese had pens made with the name of Banks’ signature column, “Snap Judgments,” stamped on the side.

“Because Don, like all sports writers, would take the pen from (hotels) when he was on the road,” Reese said.

King closed the ceremony by discussing the timing of Banks’ death. He said at first he thought it was cruel that Banks died days after getting hired by the Review-Journal and then writing such a great debut story.

But then he talked to Dan Pompei, a senior writer for The Athletic, who said all should revel in the timing of Banks’ passing.

Banks is survived by wife Alissa; sons Matthew, 28, and Micah, 21; his previous wife Dorinne; Doug and his sister Donna.

Bill Bradley is sports editor of the Review-Journal. He can be reached at bbradley@reviewjournal.com or 702-387-2909. Follow @billbradleyLV on Twitter.