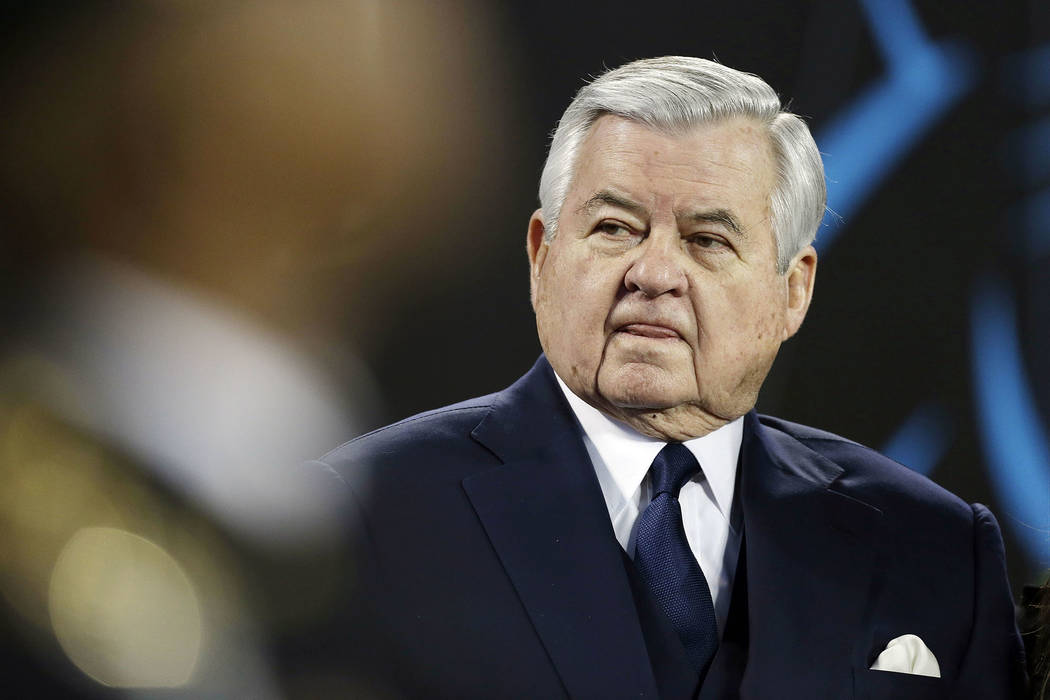 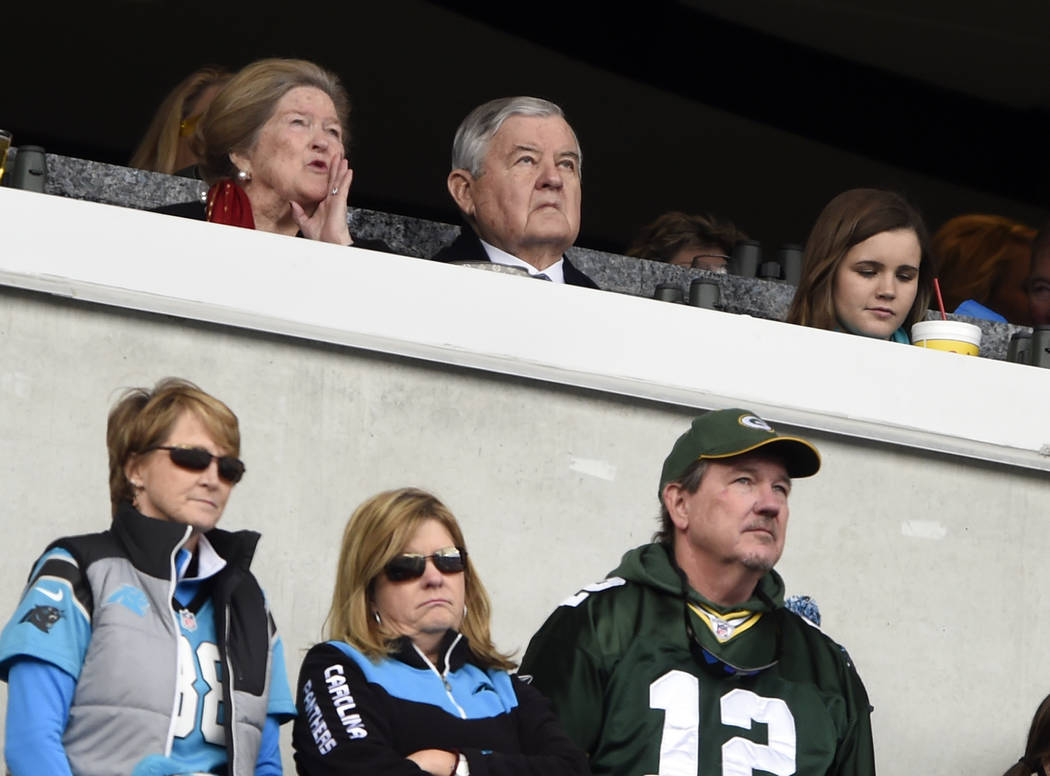 CHARLOTTE, N.C. — Facing a growing investigation that accuses him of sexual misconduct and using racist language at work, Carolina Panthers owner Jerry Richardson announced Sunday that he will sell the NFL team after the season.

The team announced on Twitter that Richardson is selling the team, linking to a five-paragraph letter by the franchise’s only owner.

Jerry Richardson will put Carolina Panthers up for sale https://t.co/jvPW3GRAAi

”I believe it is time to turn the franchise over to new ownership,” Richardson wrote, saying he wouldn’t begin discussions until after the season. The Panthers, who lost in the Super Bowl in 2016, are in playoff position again.

“I hope everyone in the organization, both on and off the field, will be firmly focused on one mission: to play and win the Super Bowl,” said Richardson, 81.

The NFL awarded Richardson, a former player with the Baltimore Colts, an expansion franchise in 1993, and he has been the team’s only owner.

Richardson’s letter did not directly address the investigation.

“There has been no greater mission or purpose in my life than to have brought and NFL franchise to Charlotte,” Richardson wrote. “The obstacles back then were significant and some even questioned whether or community could or would support professional football. But I always knew that if given the chance the Carolina would rise to the occasion. And you have. The team has become an integral part of the community. The stadium is in its best condition since the day it opened.”

Richardson attended the game Sunday’s game against the Green Bay Packers at Bank of America Stadium and was photographed sitting beside his wife Rosalind in his luxury box.

He did not speak to reporters.

“While I will no longer be the team owner, I will always be the Panthers Number One fan,” Richardson’s letter said.

The Panthers are tied to Charlotte through June of 2019.

The city of Charlotte and the Panthers reached agreement on improvements for the team’s stadium in 2013. The plan called for the city to contribute about $87 million for renovations to Bank of America Stadium in exchange for a six-year deal to keep the Panthers in Charlotte.

The money is less than what the team was seeking for improvements of the stadium, which opened in 1996. Forbes estimates the Panthers worth at $2.3 billion.

Richardson’s announcement comes after a Sports Illustrated report that cited unnamed sources who said Richardson made sexually suggestive comments to women and on at least one occasion directed a racial slur at an African-American Panthers scout. The report states that the settlements came with non-disclosure requirements forbidding the parties from discussing the details.

The NFL on Sunday said it has taken over the investigation of allegations of workplace misconduct. NFL spokesman Brian McCarthy said the league had no comment on the report.

“We thought it would be best for transparency reasons,” Drummond told The Associated Press.

The investigation was originally going to be led by the law firm of Quinn Emanuel Urquhart and Sullivan, LLP, and overseen by Erskine Bowles, a minority owner with the Panthers.

Drummond said in a release that the Panthers take these allegations very seriously and are committed to a full investigation.

“The entire organization is fully committed to ensuring a safe, comfortable and diverse work environment where all individuals, regardless of sex, race, color, religion, gender, or sexual identity or orientation, are treated fairly and equally,” Drummond said.

The Panthers began play in 1995 but have never delivered on Richardson’s promise of winning a Super Bowl. They lost after the 2003 and 2015 seasons.

The Panthers are 10-4 entering the final two weeks of the regular season and well positioned for a playoff run.

Panthers quarterback Cam Newton, like most of the team’s players, hadn’t read the details of the report that came out just as the Panthers were preparing to play the Green Bay Packers.

Newton said Richardson has served in a “father-like role” for him since his arrival in Carolina seven years ago.

“For me I hope things don’t alter my thinking of Mr. Richardson,” Newton said. “But I do know that he has given me some things that I will forever be appreciative of.”

Panthers coach Ron Rivera said after the game it is important to let the process play out, but vouched for Richardson’s character.

“The only thing I can speak on is for what he has been to me as far as I’m concerned,” Rivera said. “A lot of you know I had a house fire and he was there for (my wife) Stephanie and I. He was tremendous in supporting us. My brother passed and Mr. Richardson was there and helped me get to the funeral and back. I can’t speak to anything other than that.”

It has been a whirlwind year for the Panthers organization.

Team president Danny Morrison abruptly resigned in February. Richardson then fired general manager Dave Gettleman on the eve of training camp and replaced him with former general manager Marty Hurney on an interim basis. It was a surprising move considering Carolina made the playoffs three times in four seasons under Gettleman.