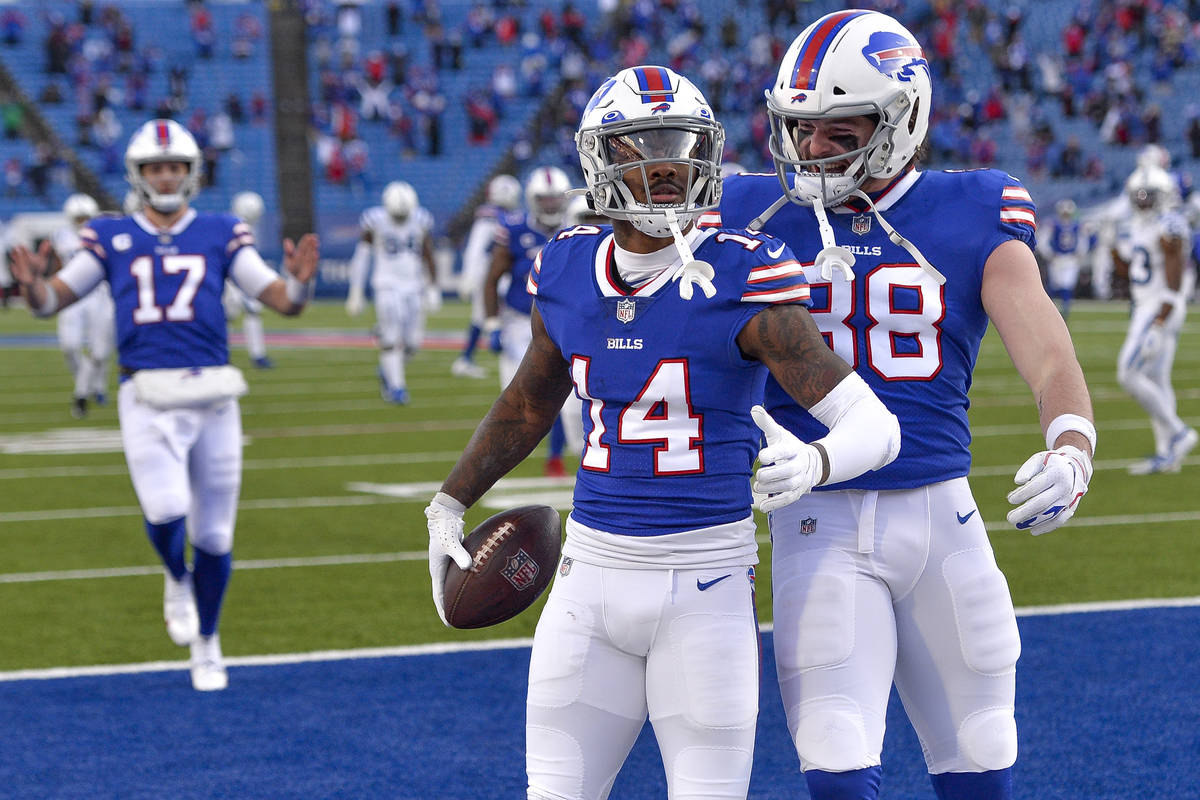 As the Buffalo Bills prepare to play the Kansas City Chiefs in the AFC Championship game on Sunday, a key player has been limited in practice this week.

But don’t expect Bills wide receiver Stefon Diggs’ oblique injury to affect the plans he has for Sunday or the opportunity it presents for himself and his Buffalo teammates.

For that matter, don’t expect him to pretend that AFC championship game is just another step in the Bills’ journey. This is something much bigger, and Diggs isn’t about to downplay it one bit.

“I’m not one of those people who’s gonna lie,” Diggs said. “ “I feel like people say it’s gonna be another game and to each his own. But for me I know it’s a big game.”

Diggs, who the Bills traded for last offseason from the Minnesota Vikings, was everything they hoped he’d be, catching a career-high 127 passes for 1,535 yards and eight touchdowns to earn first-team All-Pro honors.

He helped lift Bills quarterback Josh Allen from good to great and the Bills from playoff contenders to AFC East champions. Their wins over the Indianapolis Colts in the wild-card round and the Baltimore Ravens in the divisional round represent their first playoff wins since 1995. The appearance in the conference championship game is the first since 1993 when they beat the Chiefs to advance to Super Bowl XXVIII.

Diggs’ production and impact more than justifies the first-round pick the Bills gave up to get him. In search of a proven big-time weapon to pair with Allen and help open up the rest of the offense, Buffalo believed sacrificing a young prospect for a player who represented present certainty was the right path to take.

Given that Allen had career highs in passing yards (4,544), touchdowns (37) and completion percentage (69.2) for an offense that rose from 23rd in points per game last year at 19.6 to second this season at 31.3 points, the Bills obviously made the right call in adding Diggs.

“I think we’ve got a guy, and there’s a few guys in the league, it doesn’t really matter what you do. If you roll a safety over the top, if you try to double team him, it creates work for other guys,” Allen said. “A guy that can consistently win, that’s a huge weapon for an offense.”

The addition of Diggs also helped open the field for other Bills players, including slot receiver Cole Beasley, who finished the regular season with 82 catches for 967 yards and four touchdowns.

“If you take a safety and double Stef, you’re leaving another guy one-on-one or leaving the other side of the field pretty empty,” Allen said. “So it helps when you have a bunch of guys who can go out there and be consistent.”

It’s helped deliver the Bills to the doorstep of the Super Bowl. While the ride has been spectacular, Diggs is hopeful it’s going to last a little bit longer. The key, he believes, is staying dialed in on the opportunity.

“Just to kind of stay in the moment and relish in the moment,” Diggs said. “Because more importantly, I don’t want this moment to pass me by.”