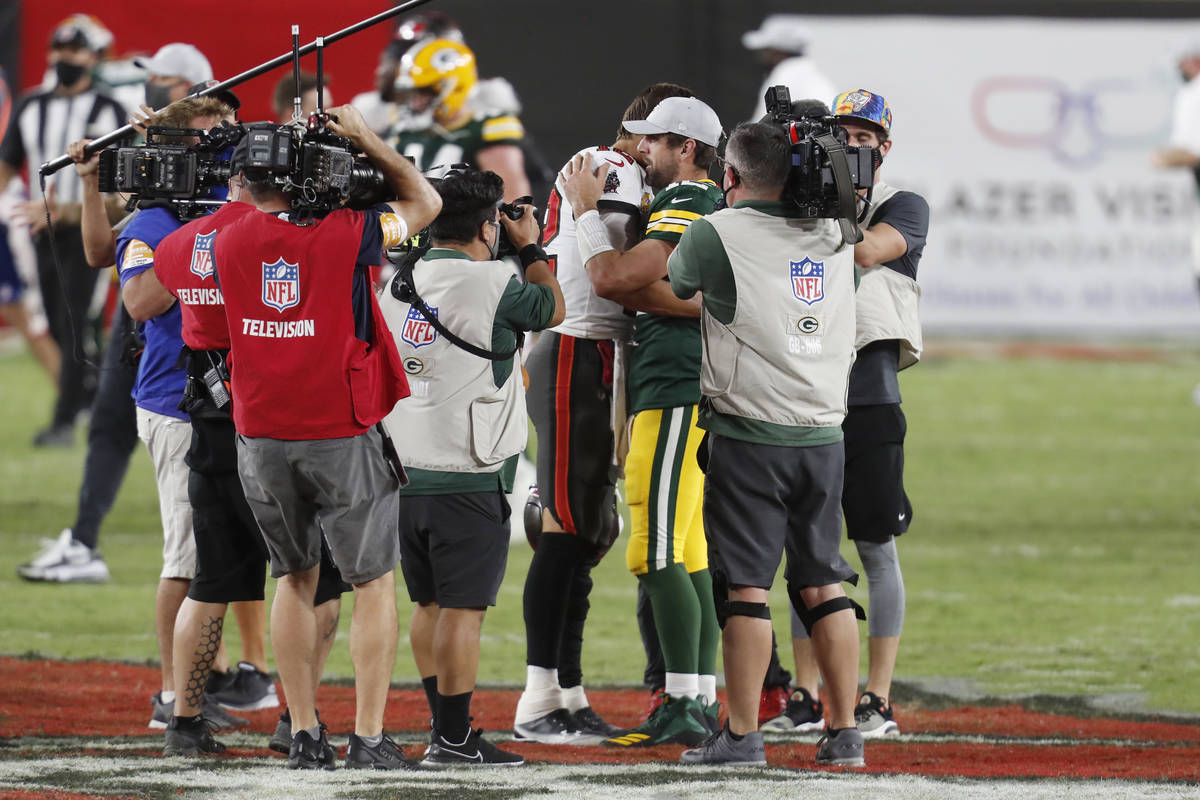 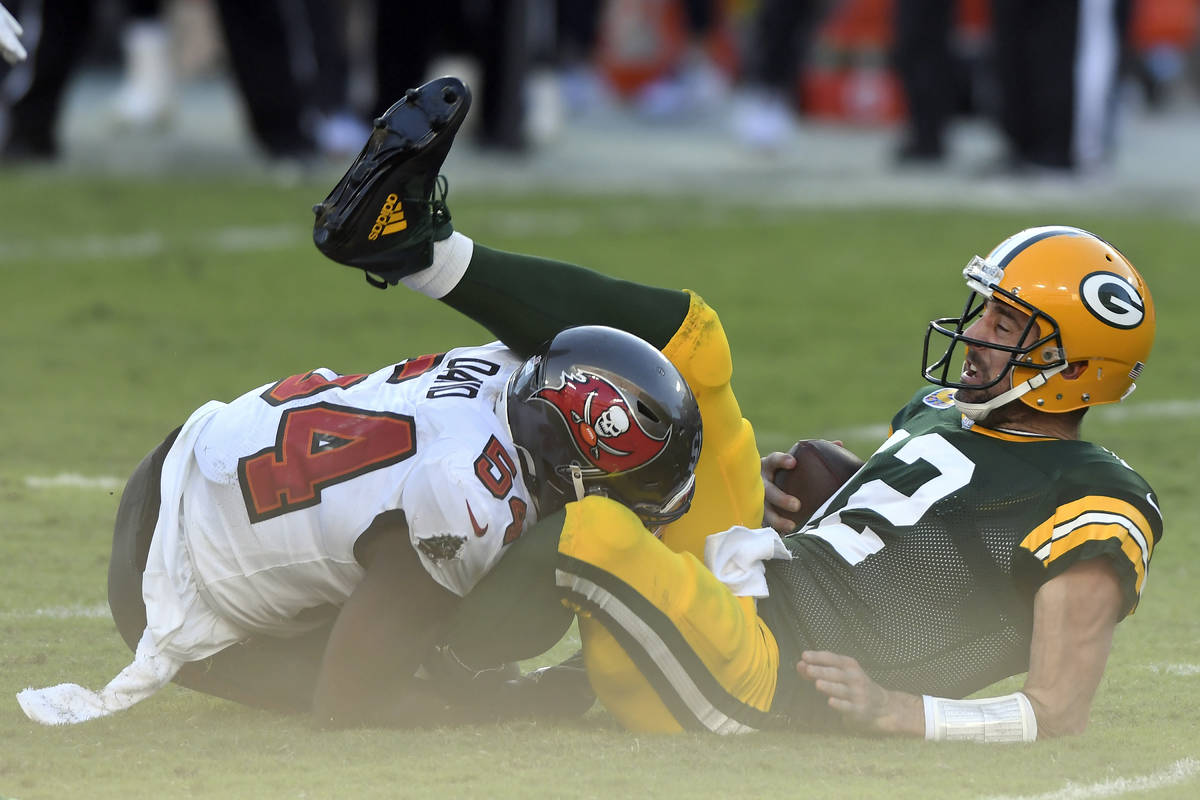 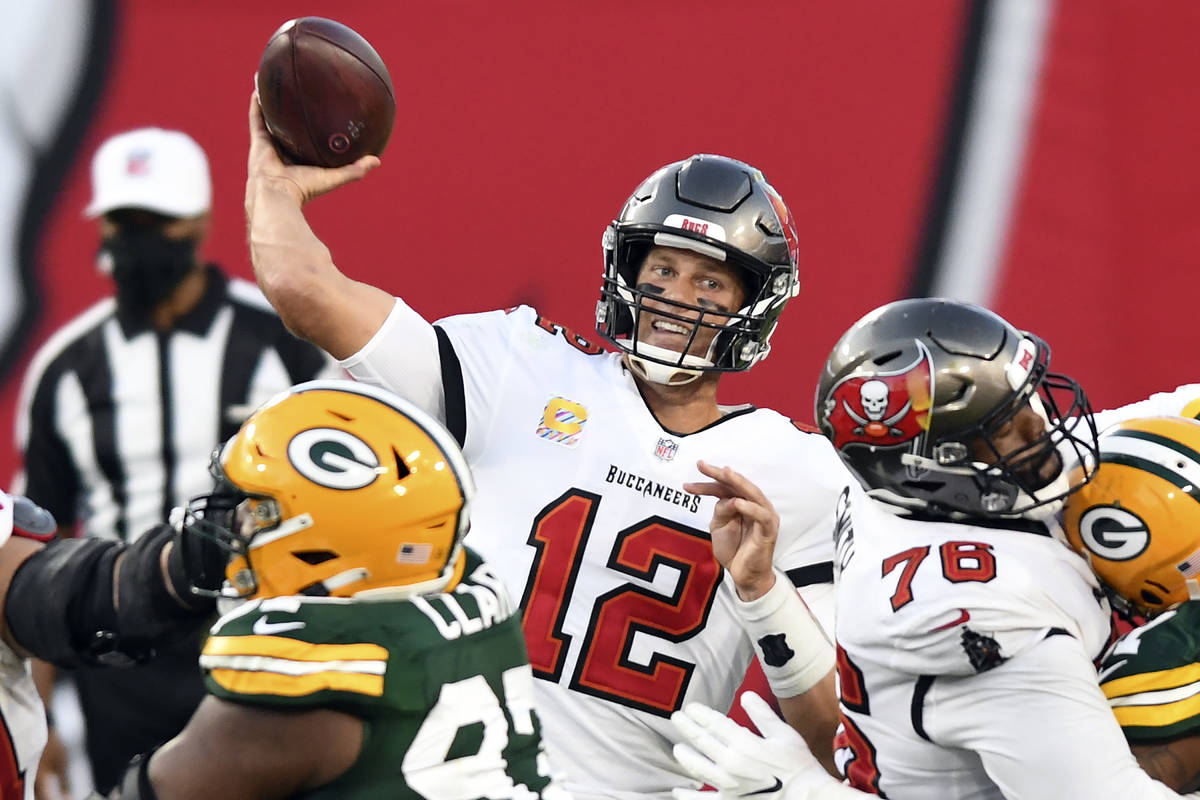 Tom Brady and Aaron Rodgers have combined to play 63 postseason games in their storied NFL careers as perhaps the best quarterbacks of their era.

But none of them has been against each other, a footnote that will change when Rodgers’ Packers host Brady’s Buccaneers on Sunday at Lambeau Field with a trip to the Super Bowl on the line. It’s the first NFC championship game in Green Bay, Wis., since 2007.

Brady spent the first two decades of his career dominating the AFC with the New England Patriots, while Rodgers’ teams in Green Bay grew accustomed to falling short of the Super Bowl. They qualified for the same postseason nine times but never met for the NFL title.

When the Packers won the Super Bowl in the 2010 season, the Patriots were the No. 1 seed in the AFC but lost to the New York Jets.

When Brady moved to the NFC in the offseason to play for Tampa Bay, a potential showdown of future Hall of Famers instantly crossed Rodgers’ mind.

“I’ve been a fan of his for a long time and enjoyed the few times we got to play,” Rodgers said this past week. “I remember when I heard the news about him coming to the NFC, I thought this was a real possibility.”

Rodgers didn’t have much fun in the regular-season meeting with the Bucs, only the third matchup between him and Brady. Tampa Bay handed the Packers their worst loss of the season, 38-10, and Rodgers went 16 of 35 for 160 yards with no touchdowns, two interceptions and a 35.4 QB rating. He was sacked four times.

Buccaneers coach Bruce Arians has reminded his players not to get overconfident based on that result. They don’t have to look far for an example: The Bucs advanced by beating a New Orleans team that defeated them twice in the regular season, 34-23 and 38-3.

Tampa Bay offensive coordinator Byron Leftwich said he’s excited to see the duel between Rodgers and Brady. His bigger concern, however, is dealing with a Packers defense that has vastly improved since that October loss to the Bucs and is allowing just 18.5 points per game during a six-game winning streak.

“Obviously, these are two of the best to ever do it,” Leftwich said. “But we’re just getting ready and trying to prepare for a tough defense that has a lot of really good players and has been playing lights out.”

On the other side, the Buccaneers’ defense has been consistently good all season. Tampa Bay finished No. 5 in defensive DVOA, according to Football Outsiders, and forced four turnovers last week in the 30-20 victory over the Saints.

That defense will welcome the return of one of its best players Sunday. Nose tackle Vita Vea, who has been out since suffering a broken ankle in October, was activated from injured reserve this past week.

Vea should help the defensive front generate pressure on Rodgers, but Brady knows what his team is up against. At age 37, Rodgers had one of his best seasons, throwing for 48 touchdowns to five interceptions with a 121.5 QB rating.

“He basically does everything well, so he’s got great command and experience,” Brady said. “And his leadership. He’s got a great style of play. He obviously throws the ball as well as any quarterback, he gets rid of the ball quickly, has great vision of the field and is able to extend plays with his legs.”

Brady was no slouch himself. The 43-year-old threw for 4,633 yards and 40 TDs. He will be playing in his 14th conference championship game and is a six-time Super Bowl winner.

“I’m excited about the opportunity to play against him,” Rodgers said.