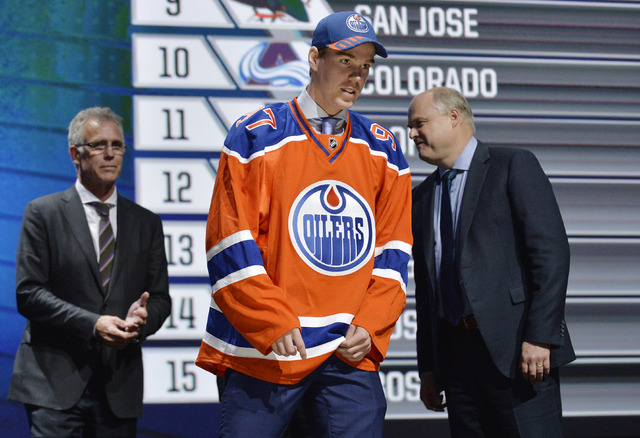 Jun 26, 2015; Sunrise, FL, USA; Connor McDavid walks off the stage after being selected as the number one overall pick to the Edmonton Oilers in the first round of the 2015 NHL Draft at BB&T Center. (Steve Mitchell-USA TODAY Sports) 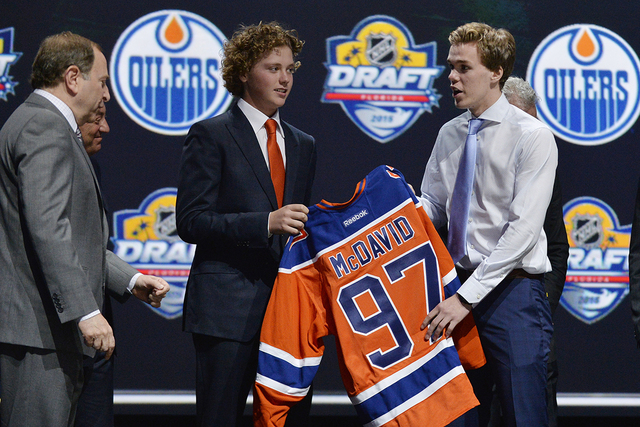 Jun 26, 2015; Sunrise, FL, USA; Connor McDavid is presented with a team jersey after being selected as the number one overall pick to the Edmonton Oilers in the first round of the 2015 NHL Draft at BB&T Center. (Steve Mitchell-USA TODAY Sports) 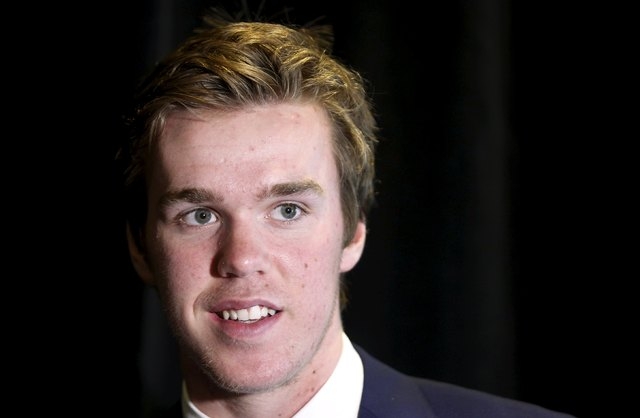 Erie Otters' Connor McDavid poses during a photo-op before the Canadian Hockey League awards ceremony at the Chateau Frontenac in Quebec City, May 30, 2015. REUTERS/Mathieu Belanger 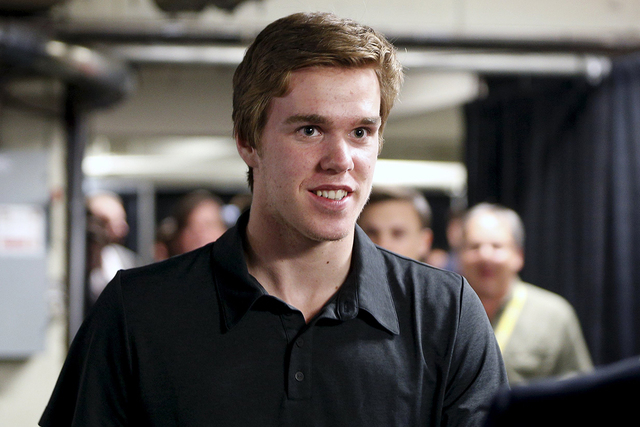 It was only an intrasquad scrimmage, but Edmonton Oilers rookie Connor McDavid put on quite a show nonetheless for a crowd of 7,300 fans who turned out to watch the No. 1 overall pick in June’s NHL Draft in action.

McDavid scored five of eight goals in an 8-6 victory for Edmonton’s White team over the Blue team. For a glimpse of the player Wayne Gretzky said might be the next “Great One,” check out the video below of his spectacular goal.