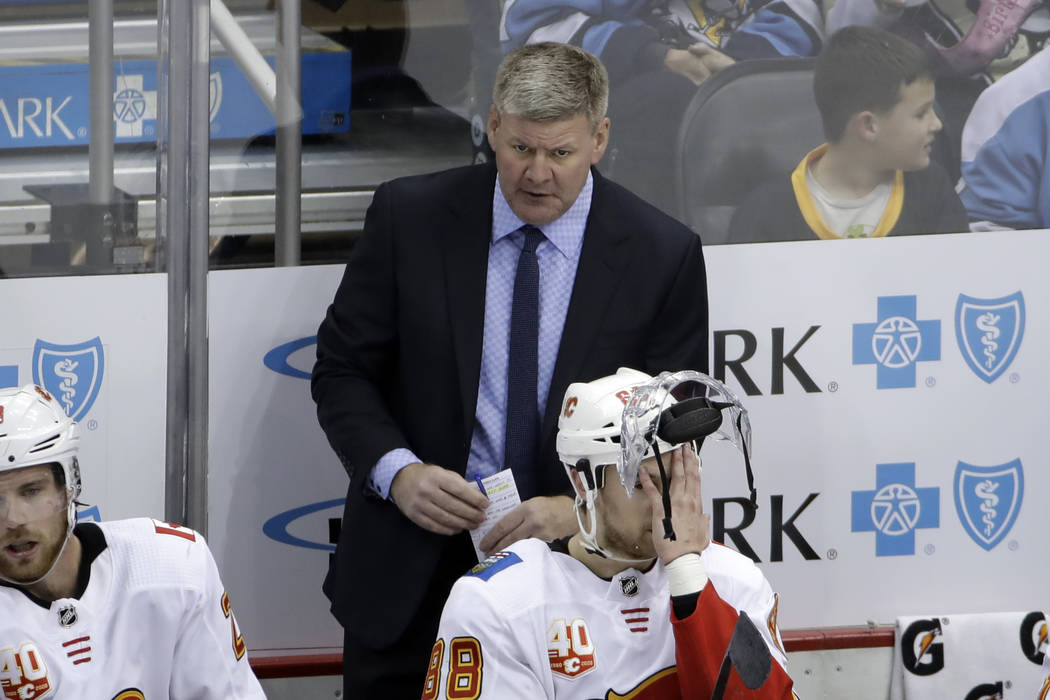 The NHL likes to trumpet its slogan “Hockey is for Everyone.” The actions of one of its coaches showed hockey has a long ways to go to turn those words into reality.

The Peters’ situation is nothing less than a horrible look for a league and sport that have tried in recent years to address glaring diversity issues. The NHL celebrated Black History Month for the first time last season with a wave of initiatives that attempted to promote and encourage inclusiveness. Golden Knights right wing Ryan Reaves participated in a video as part of the league’s efforts.

It’s hard to reconcile that with the fact that Peters kept rising in the coaching ranks after the alleged incident with Aliu. Peters, then the coach of the American Hockey League’s Rockford IceHogs, was hired into the NHL after the following season as a Detroit Red Wings assistant coach. Three years later, he became the Hurricanes’ coach. After he resigned from that job in April 2018, he was unemployed for three days before being hired by the Flames.

The NHL needs to do better when it comes to hiring. That includes Seattle general manager Ron Francis, who hired Peters in Carolina and kept him employed after Peters’ alleged abusive actions.

Francis said in a statement Saturday that he was made aware of the incidents and “took immediate action to address the matter and briefed ownership.”

Hockey Canada, which employed Peters in various roles from 2008 to 2018, acknowledged Friday “the last few weeks have humbled us. We know we need to continue to improve.”

The same goes for the NHL. Otherwise “Hockey is for Everyone” will ring hollow.

The Edmonton Oilers have the overall leader in time on ice per game in defenseman Oscar Klefbom (25:48) and the top two among forwards in stars Leon Draisaitl (22:51) and Connor McDavid (22:12).

That isn’t an issue to coach Dave Tippett. He said all three players’ ice time is inflated because they’re on the Oilers’ first power-play unit. It’s been so good it rarely changes midpower play.

“We’ve got a unique power play,” Tippett said. “I’ve never seen it before, where guys can play two minutes. Usually I’m like, ‘Hey, you can’t play two minutes, you’re going to be tired,’ but our power play is unique in that they can stay out there because they have so much zone time.”

The Oilers’ power play is ranked No. 1 in the NHL at 32 percent.

The Winnipeg Jets, who opened the season with a decimated blue line, have defied expectations. They’ve won five of their last six games to climb to second in the Central Division.