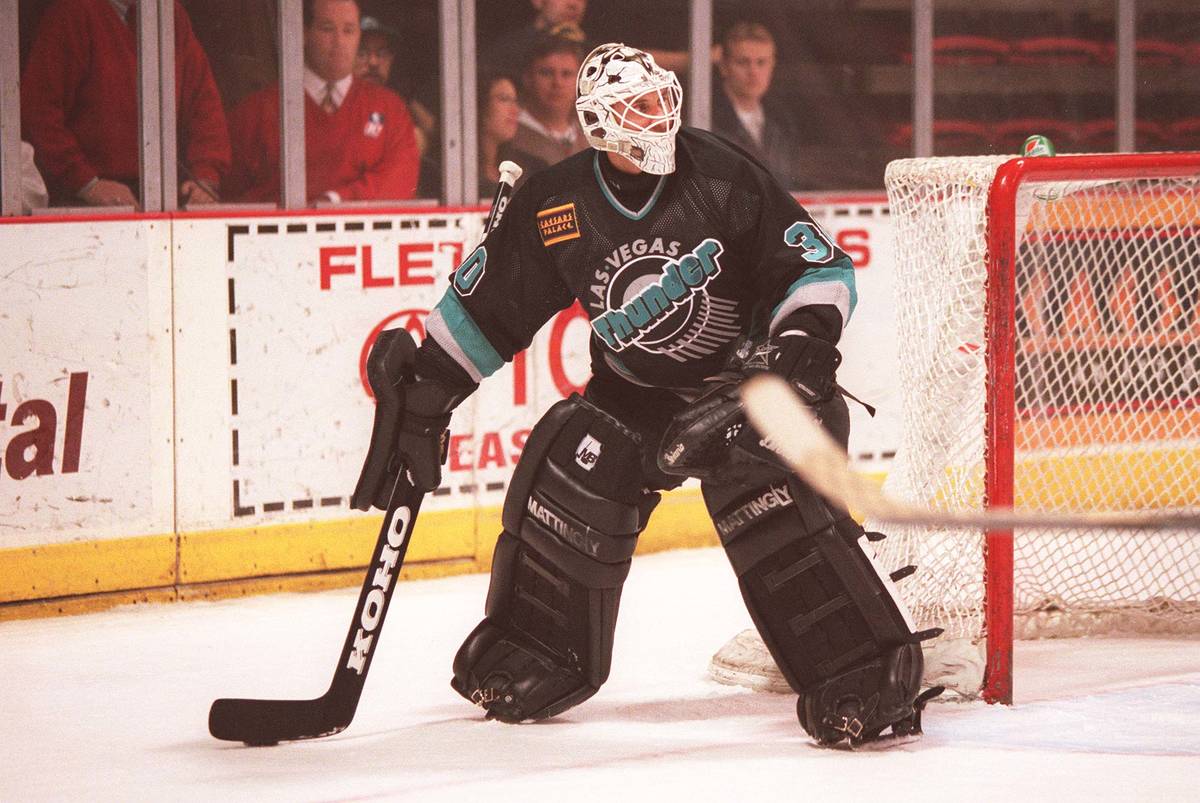 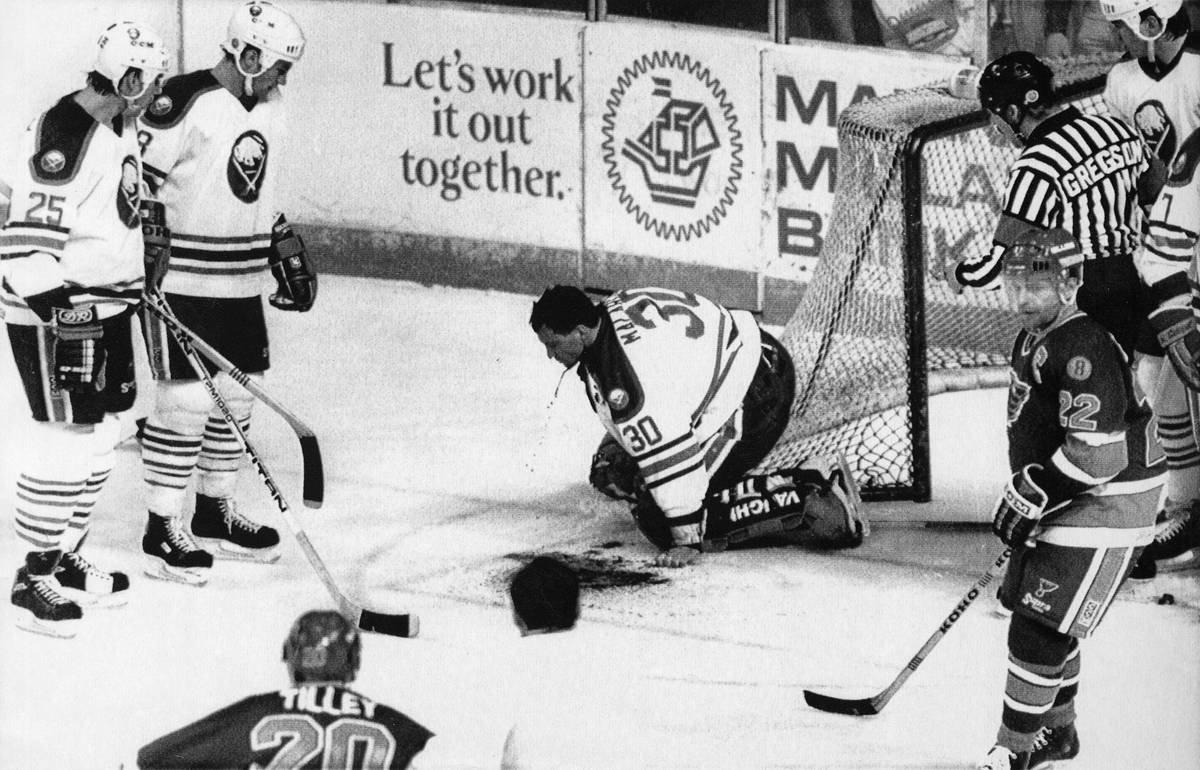 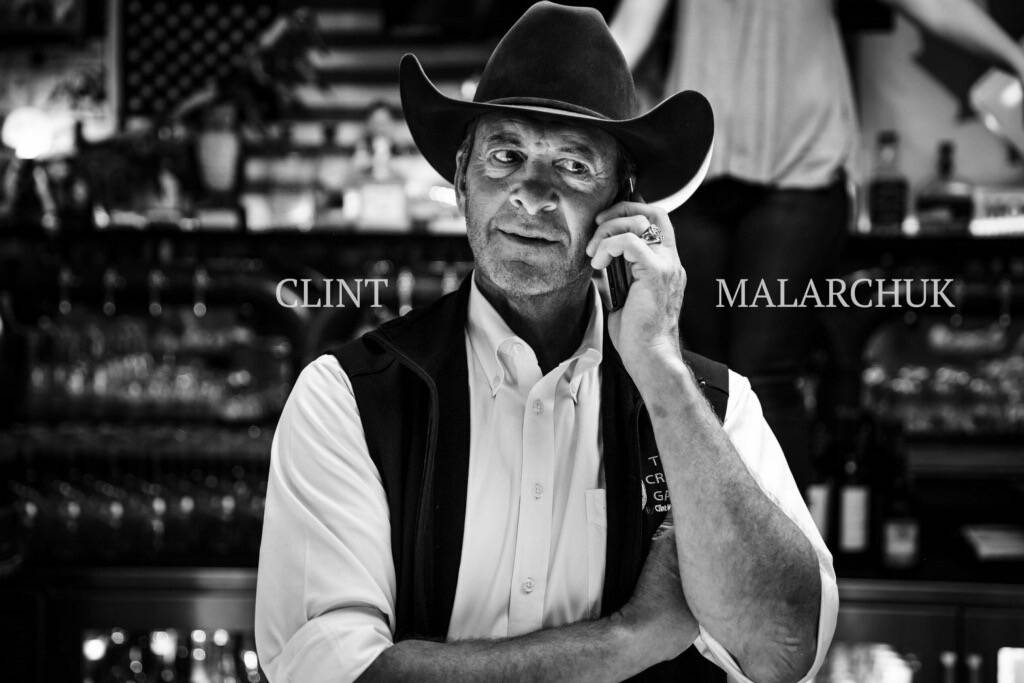 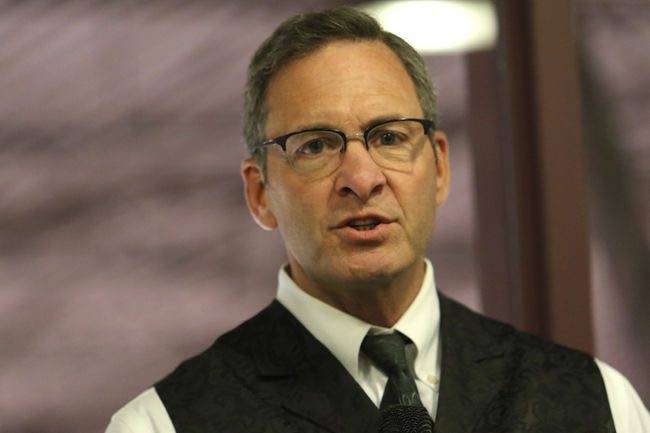 Editor’s note: The Review-Journal’s “Where Are They Now?” series catches up with athletes who played high school, college or professional sports in the Las Vegas Valley. Stories will run at least once a week.

In his 2014 bare-the-soul autobiography called “A Matter of Inches,” former Las Vegas Thunder goalie Clint Malarchuk wrote that after he had his throat slashed by an opposing player’s skate and almost died on the ice while playing for the Buffalo Sabres in 1989, he suffered from post-traumatic stress disorder, obsessive-compulsive disorder, depression and alcoholism.

Almost 20 years later, he tried to commit suicide with a hunting rifle on his ranch outside Gardnerville.

He said he still has meds to take and wounds to heal.

So that’s where he has been.

As for where he is now, on Monday he was rolling down a lonely two-lane road headed to the hardware store. He sounded well. Almost buoyant. Which, during these days, is a challenge for those who have endured far less than he has.

He’s not coaching hockey anymore, and social distancing has put his second career as a public speaker and mental health advocate on hold.

“I’ve got a gym in my barn, I’ve got a shop in my barn. I’ve got my horses — I’ve got everything I need,” said the “Cowboy Goalie” from the Canadian prairie. “I’m actually enjoying the seclusion.”

The walls don’t close in on one at the Canuck Ranch as quickly as they might in the city. Malarchuk, who will turn 59 Friday, has been dialing up old hockey buddies, including many who played for the Thunder.

“I’ve talked to Jeff Sharples, Darcy Loewen, Pokey Reddick, Rod Buskas,” he said of fellow Thunder stalwarts and NHL veterans who introduced Southern Nevada to professional hockey long before Las Vegas was granted an NHL expansion franchise. “When all this started, I started calling people I haven’t talked to in a while.”

Malarchuk joined the Thunder in 1993, after compiling a 141-130-45 record and 3.47 goals against average in 10 NHL seasons. During the team’s first training camp in Regina, Saskatchewan, when demons began buzzing his crease, he went to an Alcoholics Anonymous meeting. Thus began a stint of sobriety that lasted eight years.

He literally became the Thunder’s poster child — his image appeared on billboards around town — as well as a spokesman for the Nevada Children’s Cancer Foundation.

He was seeing the puck and life outside the rink clearly. Instead of feeling anxiety, he was feeling the Thunder.

The Boston Bruins offered him a deal, a second chance at the NHL limelight. Malarchuk said he’d rather play in Las Vegas. When his contract was renegotiated, he was paid in livestock.

He was fond of wearing a black cowboy hat, but he will be remembered as one of the good guys in Las Vegas’ evolution as a hockey town.

“Las Vegas was just starting to boom, and we were big dogs, right?” Malarchuk said of the Thunder, who averaged 8,018 spectators during their inaugural season to finish fourth in attendance behind International Hockey League teams in major league cities Milwaukee, Atlanta and Cincinnati.

“I had a choice to play on the Canadian Olympic team or go to Vegas. I took Vegas. Those were some great years.”